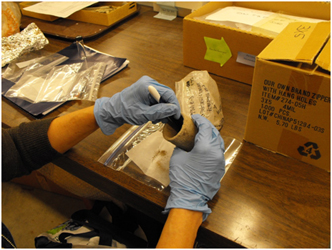 What foods were prepared with ancient Maya pottery and ground stone? I am testing different methods of identifying the residues on ancient food production tools to determine what substances they may have held. Traces of food and drink can be absorbed into pottery vessel walls or the surfaces of stone grinding tools. These can include burned food, microscopic plant or animal remains or chemical compounds such as fats, waxes, proteins and other organic compounds. If preserved, we can collect, analyze and identify these to learn about vessel and tool function, foodways, subsistence, economy and ritual activities.

Different chemical testing methods used to look for residues include:

Some of the ingredients we can look for include:

The different spices and flavorings used by the ancient Maya in their food and drink, such as vanilla, can also sometimes be identified from chemical markers via mass spectrometry. 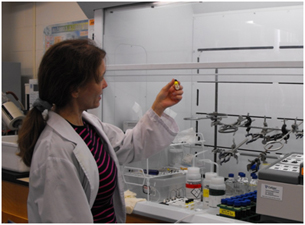 By using these different methods, the study of ancient cuisine can go beyond the identification of what foods were consumed to how they were processed, combined and served.  Examining ritual versus household vessels and tools may shed light on which ingredients were used for “special occasions” and which were for ordinary, routine consumption.  Additionally, which plants may have been available from local environments versus which were imported, and how these ancient recipes varied between sites can also be a focus of investigation.

Some of the sites included in this research are: 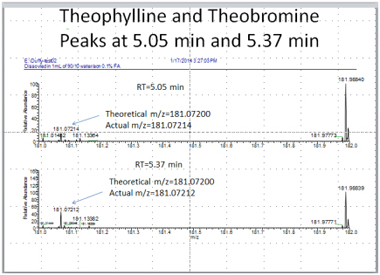 Residues have been successfully recovered from seven ancient Maya sites; Cerro Maya (Cerros), Lamanai, and Marco Gonzalez in northern Belize, and four sites in the Motul Polity in the Peten, Guatemala. Chemical compounds from both pottery vessels and ground stone food-processing tools include theobromine, caffeine, and theophylline (cacao), nicotine and cotinine (tobacco), and capsaicin (chili pepper), as well as a variety of aromatic compounds found in herbs and spices such as camphor, sulcatol, pulegone, trans-cinnamaldehyde, and vanillin. One interesting aspect of the findings is that the compounds representing cacao are present on artifacts from all types of contexts, from every day commoner locations, to elite and ritual structures.