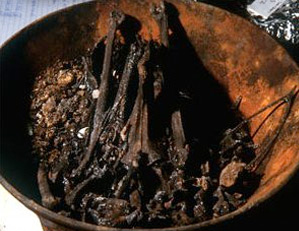 Can we reconstruct the pomp, ceremony, and rituals surrounding the death and burial of the founding rulers of the site of Copan? What were the animal foods these brave souls took with them as sustenance for the long journey to the afterlife?

The Foundation for the Advancement of Mesoamerican Studies, Inc. has recently funded an analysis of the animal remains recovered from the tombs of the first rulers of the site of 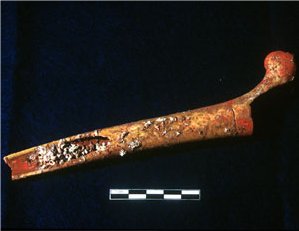 Copan. Exciting discoveries in these tombs by the researchers of the Pennsylvania Copan
Acropolis project (directed by Dr. Robert Sharer) included bowls full of well preserved remnants of foods sent into the afterlife with these individuals. These and other remains can be used to reconstruct not only what the individuals may have deemed important rituals for themselves (identifying their ethnicity and status perhaps) but also what the living residents of the site felt was appropriate as ritual to accompany them into the next world. Fascinating early research revealed small fish, shrimp, and a whole turkey!