Dr. Emery’s recent research on how the modern Maya use, save, and discard animal products has revealed some fascinating lessons that can apply to zooarchaeological research. 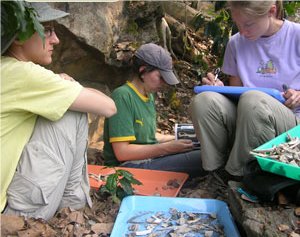 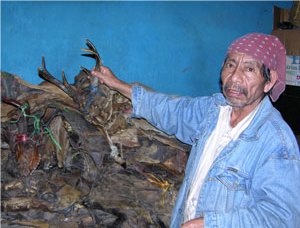 Animal products are generally not considered “trash” at all! Bones, shells, feathers, fat, intestines, most of it is reused in some way. Although many are reused as tools, surprisingly, animal products are often used for medicines and ceremonial rituals. Even more surprising, they are carefully “curated” or conserved and stored in special places for later use in these medicinal or ritual activities. Dr. Emery’s recent work with Dr. Linda Brown in the highlands has revealed fascinating hunting rituals in which hunters carry all the bones of their hunted animals and ritually “cache” them in remote hillside caves and rockshelters. As archaeologists, we will find animal remains, not in the trash as we expect, but in the abandoned homes where they were conserved or in the remote landscape features where they were cached. 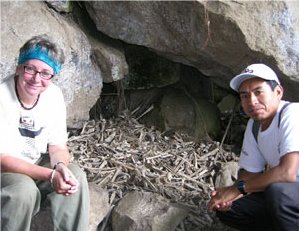 Dr. Emery’s research has shown that even animal products that are discarded as trash are not likely to be found where we are looking. As anyone with a nose might expect, animal trash is never discarded where it might cause a stink or attract vermin! It is burned to an ash, buried a meter deep, carried at least a kilometer away, or thrown in the lake. Archaeologists who hunt diligently 2 meters behind the ancient houses are unlikely to find any animal trash at all!