The Timucua in St. Augustine

For more than 500 years before the arrival of Menéndez, the Timucua people of the St. Augustine area had been living in much the same way as they were in 1565.

They were organized as chiefdoms (societies comprised of several allied communities with a hereditary central political authority), and were matrilineal (they traced their descent and inheritance through the female line).

They fished, hunted, and cultivated corn, beans and squash.

The principal chief of the St. Augustine region in 1565 was Seloy, and his town has been located archaeologically on the grounds of what is today the Fountain of Youth Park, about 1 mile north of the Castillo de San Marcos.

It was quite large, covering an area of more than 12 acres. Timucuan houses were usually circular and were made of palm thatching, and Timucuan artisans made and used a wide variety of implements and ornaments in pottery, bone, shell, stone and wood. 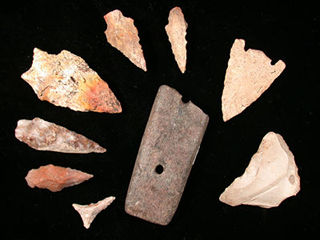 The Timucua used locally available chert and coral, as well as imported granitic stone for ornaments and tools. 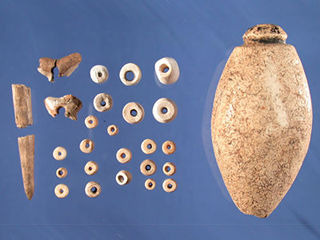 Shell beads, carved bone and teeth were among the ornaments used by the Timucua. Earrings of inflated fish bladders were worn, and members of the Timucua nobility were elaborately painted or tattooed.

St. Johns pottery was the typical cooking, storage and eating ware for the St. Augustine Timucua from about 500BC to AD 1600. The way they were used for cooking is shown in this sixteenth century painting by John White. 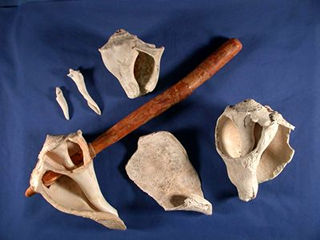 Timucuan tools, implements and weapons were often made of shell, commonly using whelks. 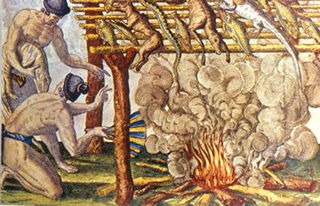 The Timucua hunted and gathered a wide variety of animals and fish, which they often preserved by smoking. 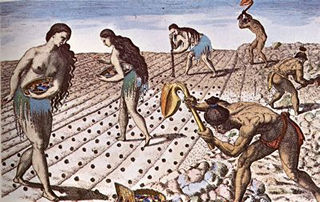 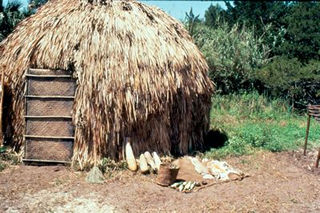 Reconstruction of a Timucua house, based on archaeological evidence. Timucua houses were usually circular and made of thatch. 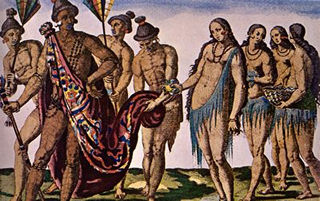 The King and Queen taking a walk. Timucua nobles wore painted skins, beads and other ornaments, and were often tattooed. Here they are attended by their entourage during a walk. 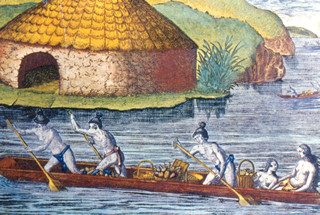 The farming, hunting and fishing activities of the Timucua often produced a surplus, which was stored in community granaries. Here a group of Timucuans travel by dugout canoe to store food. 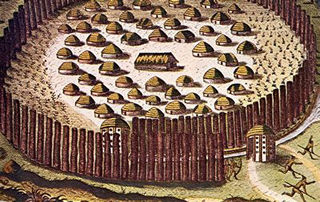 Back to Timeline Next → Colonization and Conflict

Hann, John. 1996 A history of the Timucua Indians and Missions. Gainesville: University Press of Florida.

Notes: A meticulous documentary study of the Timucua people in Spanish missions during the colonial period.

Notes: The most comprehensive ethnohistorical and archaeological study of Florida’s Timucua peoples, presented in an engaging and accessible style.

Notes: A useful summary of information about Florida’s original people at the time of European contact.

Notes: This very detailed documentary and archaeologically-based study also concentrates on the Timucua during the mission period.

Notes: A complete set of Jacques Le Moyne’s engravings of Timucua life can be found in: