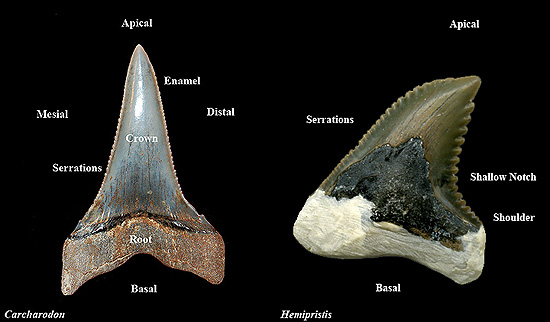 Lower/Upper – teeth from the lower jaw and upper jaw

Symphyseal/Intermediate – which sit between the anterior and lateral teeth and tend to be smaller, are in the center of both the upper and lower jaws

Posterior/Distal – toward the end of the jaw

Apical – from the top
B

Basal – refers to the bottom

Basal margin – area where the root and crown meet
C

Cusp – a major projection of the crown

Cusplet – a small, enameloid covered projection lateral to the basal margin of the crown

Foramen – opening or hole in the root
L

Labial- viewed from the front

Lateral – viewed from the side, when referring to the position of a tooth, this term is used to indicate mesial and/or distal

Lateral cusplets – a small, enameloid covered projection lateral to the basal margin of the crown

Lingual – the inner surface of the tooth toward the tongue

Medial – toward the middle

Notch – a groove situated on the top of the root
S

Serrations – having the appearance of the toothed edge of a saw

Shoulder – narrow , enameloid covered extension of the crown onto the margin of the root lobe
T

Transverse groove – a deep groove transverse on the lingual root surface, transecting it into mesial and distal root lobes

Sharks can shed many thousands of teeth throughout their lifetime. In order for these teeth to fossilize, they must sink the seafloor and be quickly covered by sediment. Rapid burial is important for fossilization for a number of reasons. First, the sediment acts to protect the teeth from the weathering, abrasion, and scavenging that could occur if they were exposed to open water and currents. Secondly, burial also limits exposure to oxygen and bacteria which are responsible for decay. The process of fossilization is a slow one that usually takes thousands of years. In the case of shark’s teeth, they are preserved through a process known as permineralization. Which occurs as water seeps down through the sediments and over the teeth. This water carries different minerals in it that are deposited into open pore spaces in the teeth. The most common minerals are silica and calcite but other local minerals are deposited as well. Depending on which minerals are present teeth can be found in a wide variety of different colors, ranging from blue/grey to black to orange/red to white to green. 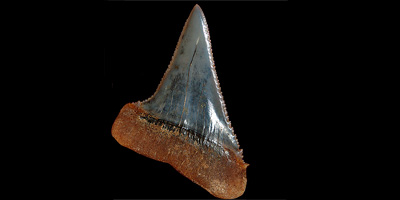 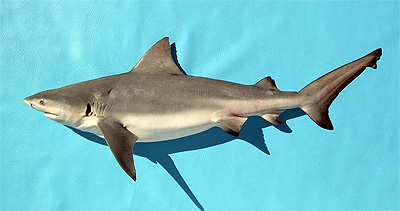 Sharks, or chondrichthyans, are cartilaginous fishes. This means that most of their skeleton is composed of cartilage. The main exceptions are teeth and dermal ossicles, which are usually enameloid, and vertebral centra, which do calcify.

Cartilage does not mineralize to the extent that bone does, and as a result breaks down much quicker and easier than bony elements. Teeth are the most common part of the shark that is fossilized, but it is not uncommon to also find individual vertebral centra in the same sediments.

In very rare instances when an individual is buried very quickly under the right circumstances, portions of the cartilage can be preserved. This is seen in environments that are low energy with high sedimentation rates. These specimens can preserve the neurocranium, teeth, and articulated vertebral centra.

The color of fossil shark teeth is a result of the minerals that are present in the surrounding sediments. Teeth fossilize through a process called permineralization. As water seeps through sediments over the teeth, it transports the minerals that are found in the sediment. These minerals fill in pore spaces in the tooth causing them to fossilize. Different minerals turn different colors as they form and react with trace amounts of oxygen. For example, as iron oxidizes it begins to rust and typically turns a reddish brown. The same can happen to fossils. 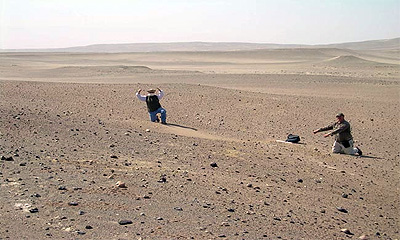 In general, fossils are found in sedimentary rocks or unconsolidated sediments. These are rocks that formed through the compression of loose sediments, like sands, muds, silts, and clays over thousands or millions of years.

In Florida, many of these sediments have not been around long enough to compress into rock yet, and are still unconsolidated. Fossil shark teeth are found in sedimentary rocks that are specifically marine-derived, meaning that the sediments were originally laid down underwater in the ocean. In the past, the Earth’s oceans have risen and fallen due to changes in the climate. This means that sediments originally deposited underwater 10,000 years ago, may be on dry land today.

To find fossil shark teeth today, you must find exposed sediments or sedimentary rocks that are marine-derived. In Florida, that is relatively easy because the state is surrounded by water and has been periodically submerged during high stands of the oceans in the past. Not all marine sediments, however, yield great numbers of teeth. Areas that were shallow marine environments in the past tend to have more teeth, because more sharks were present there in the past. The sharks were probably drawn into these areas looking for food and cover.

It can be hit or miss when looking for shark teeth, but looking in areas where teeth have been found in the past is a good start. 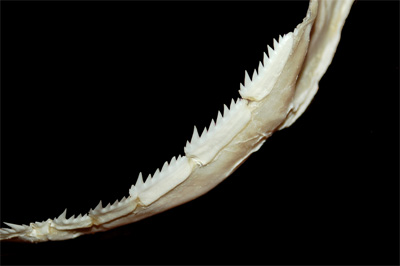 There are a number of different ways one can determine if a shark tooth is a fossil or if it is modern.

Color can be an indicator of age in some situations but not all the time. Modern shark teeth, both the crown and the root, are typically white in color. Fossil teeth are permineralized and are usually darker colored. There are instances where fossil teeth exhibit a white crown however the root is usually a darker grey or beige color.

Another method for determining if a shark tooth is modern or fossil is by simply asking “Where was the tooth found?” If the tooth was found in a creek 50 miles from the nearest ocean, it is safe to assume that the tooth is a fossil. When you find a shark tooth at the beach, you may need to look at its color to figure out its age.

Identifying the tooth to species may also help. While many of the species found in the southeast today have been around for 4-5 million years, some of the older teeth are extinct species no longer alive today. 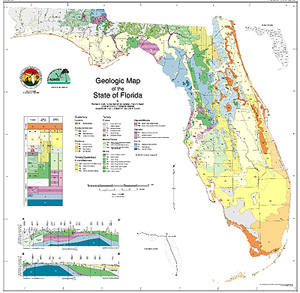 Sharks are not very good indicators of geologic age because shark evolution is a relatively slow process. Many of the species found in the oceans today have been around for 4-5 million years. Other fossils including invertebrates, reptiles, mammals, and birds are much better indicators of age because they evolve much faster. If other types of fossils are found in associated sediments, they should also be kept and may be valuable for aging the locality.

Identifying the shark teeth can be useful to get a rough estimate of age, but it will not be extremely precise. Geological maps are available for every state from the U.S. Geological Survey. 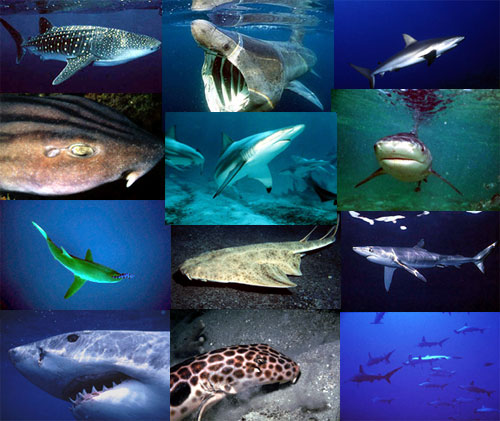 It can be extremely difficult to identify shark teeth to the species level.

There are a variety factors that make species identification very complicated. Since most teeth are found mixed and scattered, it has led to much confusion even between the experts. Many sharks exhibit dignathic heterodonty, which means that the upper and lower teeth are morphologically different. This is notably apparent in the snaggle-toothed shark, Hemipristis.

Shark teeth also differ with regards to position within the jaw. Sharks can have parasymphyseal teeth (which are found where the left and right portions of the jaw meet and are typically small), anterior (which are usually the largest teeth in the jaws and sit close to the midline), symphyseal/intermediate (which sit between the anterior and lateral teeth and tend to be smaller), and lateral teeth (which get smaller with size towards the outer edges of the jaws), all of which may vary in shape, size, and curvature based on their position.

The age of a shark can also play a factor in its tooth morphology. Many species change their diets throughout their lives, and their tooth shape and size can change to reflect their eating preferences. This can result in the gain or loss of serrations and cusplets, broadening or narrowing of the crown, and overall size of the tooth. Sexual dimorphism must also be taken into account when identifying shark teeth.

Males and females of a given species may exhibit some differences in tooth shape and size, typically with females exhibiting slightly narrower or smaller teeth or differences in serration patterns.

Finally, abnormal or pathologic teeth can distort a normal tooth into a shape that is almost unrecognizable. Twisted or bifurcated crowns, missing serrations or cusplets, and wrinkled or pinched edges can all make the identification process more complicated. Typically, it is fairly easy to identify a shark tooth to the genus level, but it can be extremely difficult to identify the species.