Fish have evolved to have different types of mouths depending on what their diet is and how they feed. The four different mouth types shown below are all designed to help fish catch their next meal most efficiently.

Fish that have terminal or protrusible mouths generally feed on other fish. Fish that have superior mouths are generally ambush predators, meaning they generally are hidden and wait for fish to come close to them before they strike. Common examples of this type of predator include the angler fishes. Inferior mouth types generally denote that the fish is a bottom feeder and eats things such as crustaceans or shellfish. 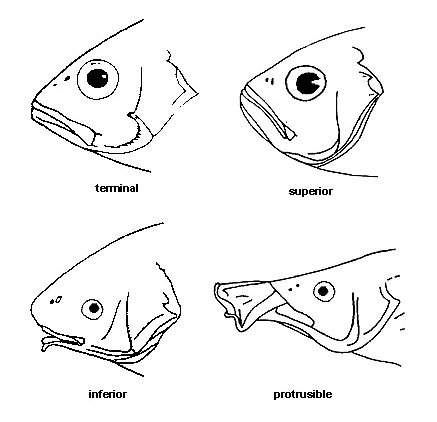 Scombridae (Thunnus albacares) Yellowfin tuna
Eleuthera, Bahamas
The yellowfin tuna diet primarily consists of other fish along with some squids and the occasional crustacean. 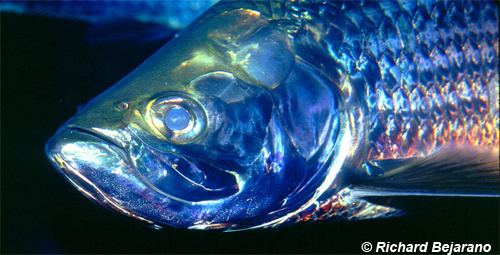 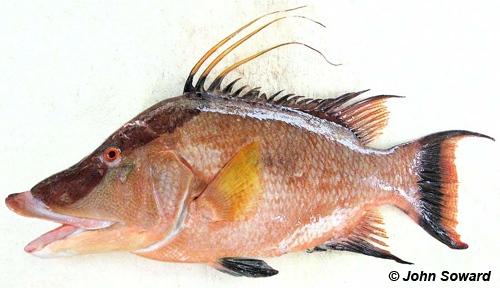