Wet prairies support a greater diversity of species than other types of marshes.

Wet prairies, dominated by emergent plants including grasses and other low growing plants, support a greater diversity of species than other types of marshes. In these habitats, low vegetation density results in larger areas of open water habitat. Due to close proximity to other types of habitats, including pinelands and hammocks, wet prairies attract a variety of wildlife.

Freshwater marl prairies are supported by thin, calcareous soils also referred to as “marl” underlain by limestone bedrock. Occasionally the limestone bedrock breaks through the marl soils, forming jagged projections called pinnacle rock. Solution holes, in contrast, are areas where the limestone bedrock has been dissolved below the soil resulting in open areas. Located along both the eastern and western portions of the Everglades, marl prairies have a short hydroperiod of only 3-7 months a year.

Deeper water marshes can also be found within the Everglades region. These marshes lie over rich peat soils and have a longer hydroperiod than marl prairies. Often located between sawgrass marshes and sloughs, these habitats are common in the north and central regions of the Everglades. These habitats provide habitat for fish, waterfowl, and other wildlife that require a permanent source of water. 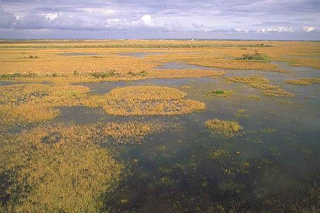 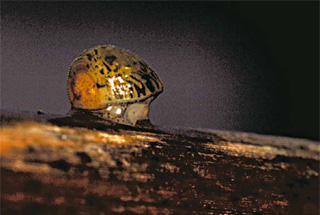 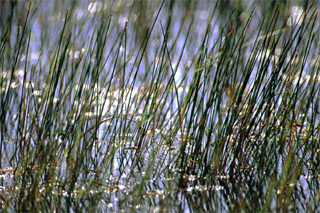 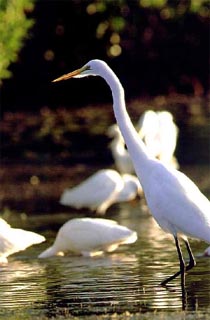