Although the name sounds a little strange, there is a whole family of tropical moths called “Butterfly Moths.” Moths of this family, the Castniidae, are brightly patterned with colorful hindwings. They are diurnal (day flying) like butterflies, or crepuscular, flying at twilight. Similar to butterflies they have clubbed antennae, whereas most moths have feathery or thread-like antennae. Some of these moths mimic toxic or distasteful butterfly and moth species, thus gaining protection from predators. Worldwide, there are about 150 species of Castniidae, with most species occurring in the Neotropical Region (Central and South America). Comparatively few species occur in South East Asia and Australia, where they are known as “Sun Moths”, with about 50 Australian species in the genus Synemon and four species from South East Asia in the genus Tascina. Some 90 species are variously placed in 20 to 31 genera, as several are currently under study to confirm their taxonomic status.

Larvae of these medium to very large moths are borers, feeding inside shoots of various monocotyledonous plants such as bromeliads, like pineapple, sugar cane, bananas, Heliconia, orchids, and even several palms. The palm-boring species, Paysandisia archon, native to Argentina and Uruguay, is a pest which has rapidly spread in Europe after being accidentally introduced via imported palms.

The McGuire Center has a large collection of these diverse moths, which are of special interest to museum Curator Jacqueline Y. Miller, an expert on the family who has studied their systematics and biogeography and described several new genera and species. While recent material has been collected in Ecuador, Peru, and Central America, the museum’s collection also contains historic and scientifically valuable specimens from the Allyn Museum such as those collected by Tarsicio Escalante in Mexico, and by several other researchers from South American countries such as Brasil, Colombia, Venezuela, the Guianas, Trinidad & Tobago, Argentina, and Chile.

We are currently working on digitization of the McGuire Center’s Castniidae collection. Through support of the Mr. Carl Wisler and Dr. Midge Smith Visiting Researcher Endowment, we recently hosted a visit by castniid researcher Jorge M. González. Jorge spent a week sorting, identifying, and labeling specimens with the most recent nomenclature (scientific names) and together with McGuire Center research assistant Megan Neal, produced more than 750 images for the project. 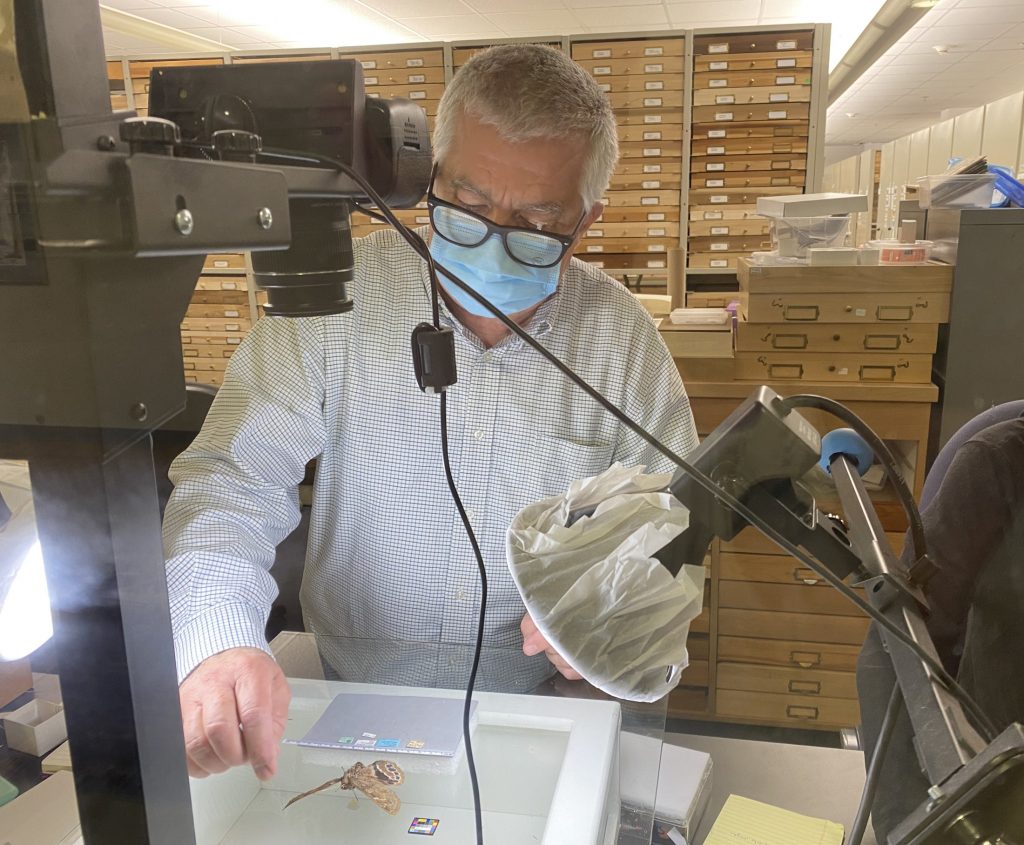 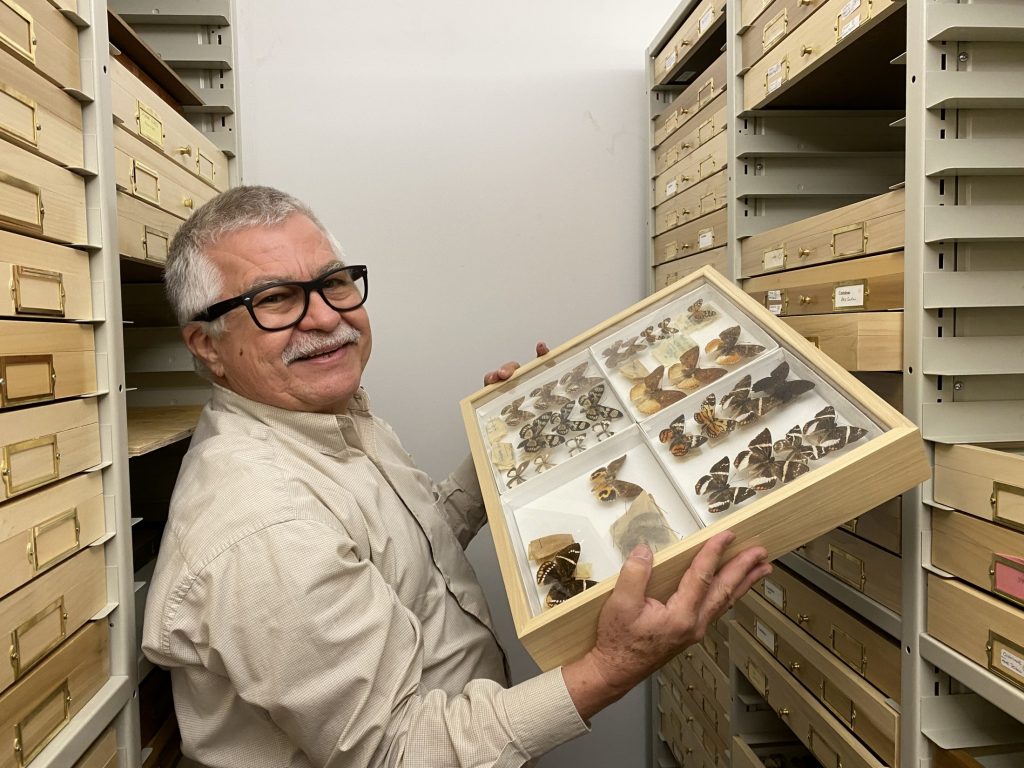 Visiting researcher Jorge M. González with a drawer of Castniidae specimens in the McGuire collections. Image by Deborah Matthews. 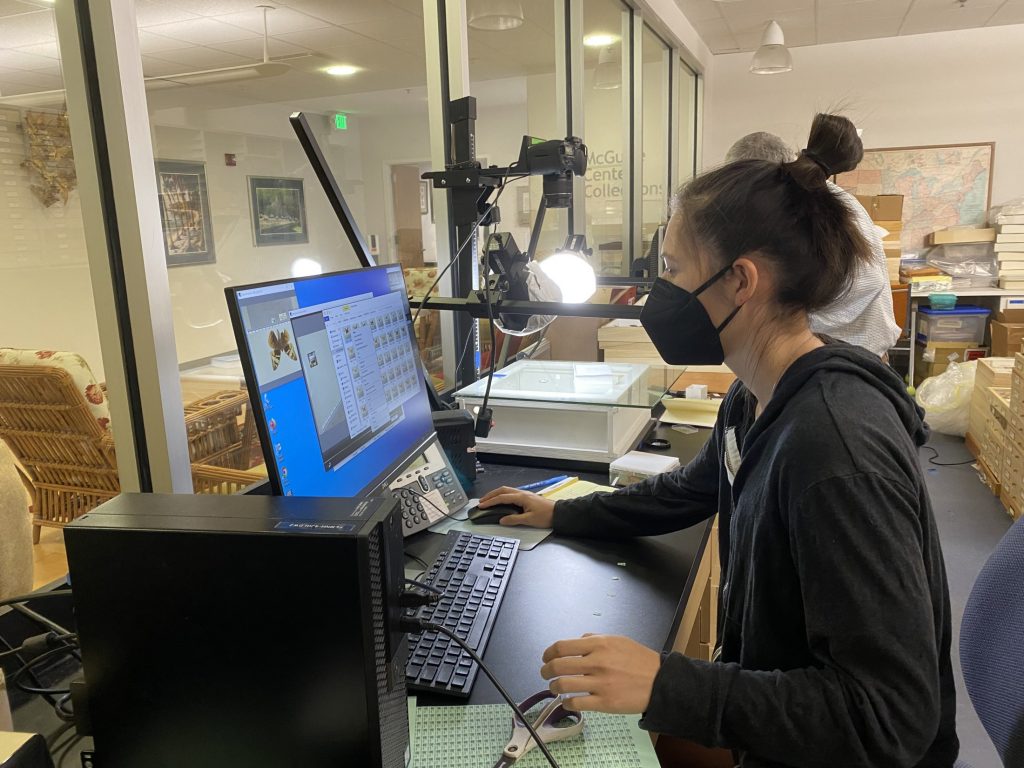 McGuire Center research assistant Megan Neal working on image capture. Image files are named according to unique identifier barcode labels placed with each specimen and included with the rest of the data labels on the same pin. Image by Deborah Matthews.

Below is a sample gallery of some of these gorgeous moths. 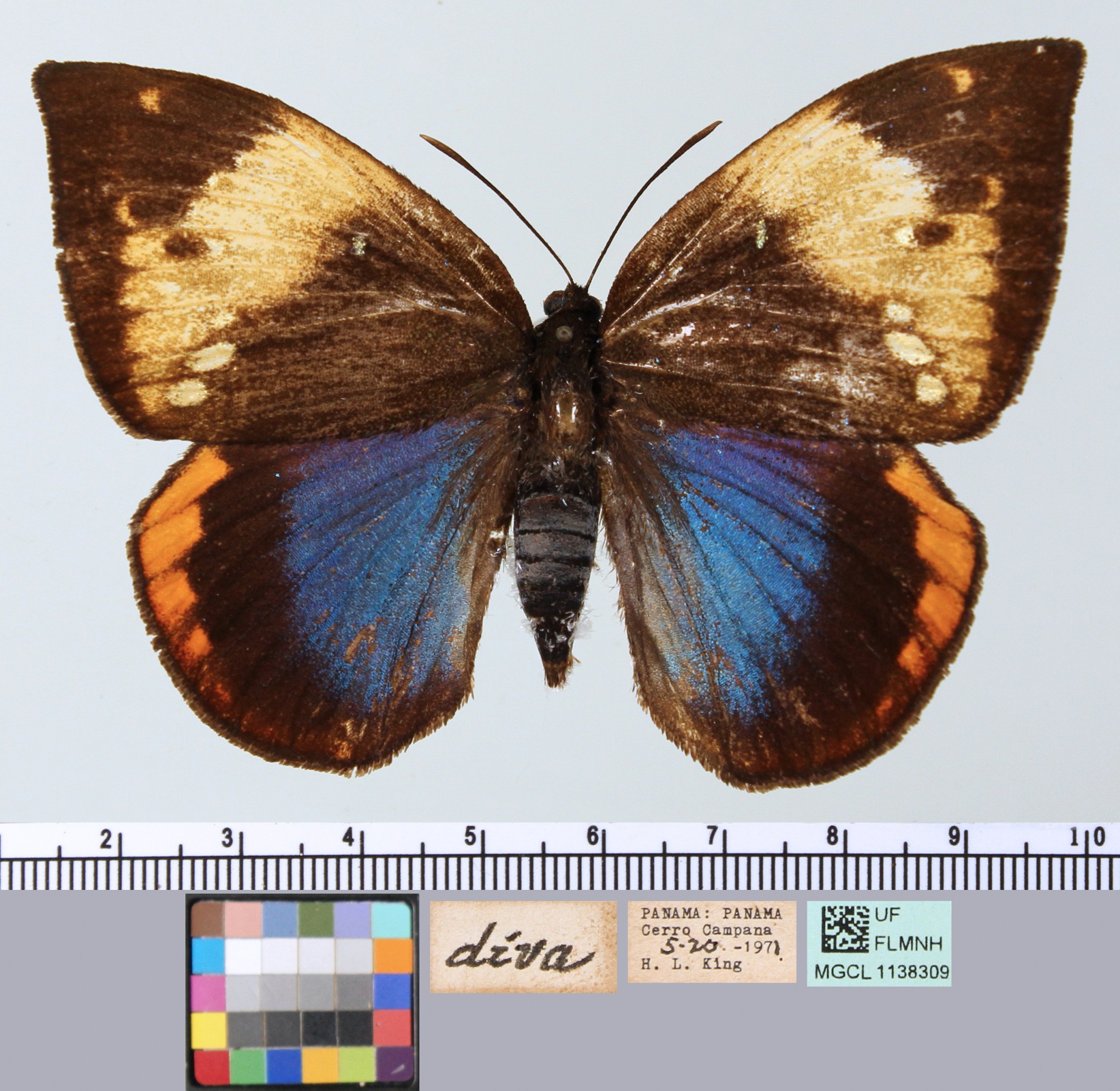 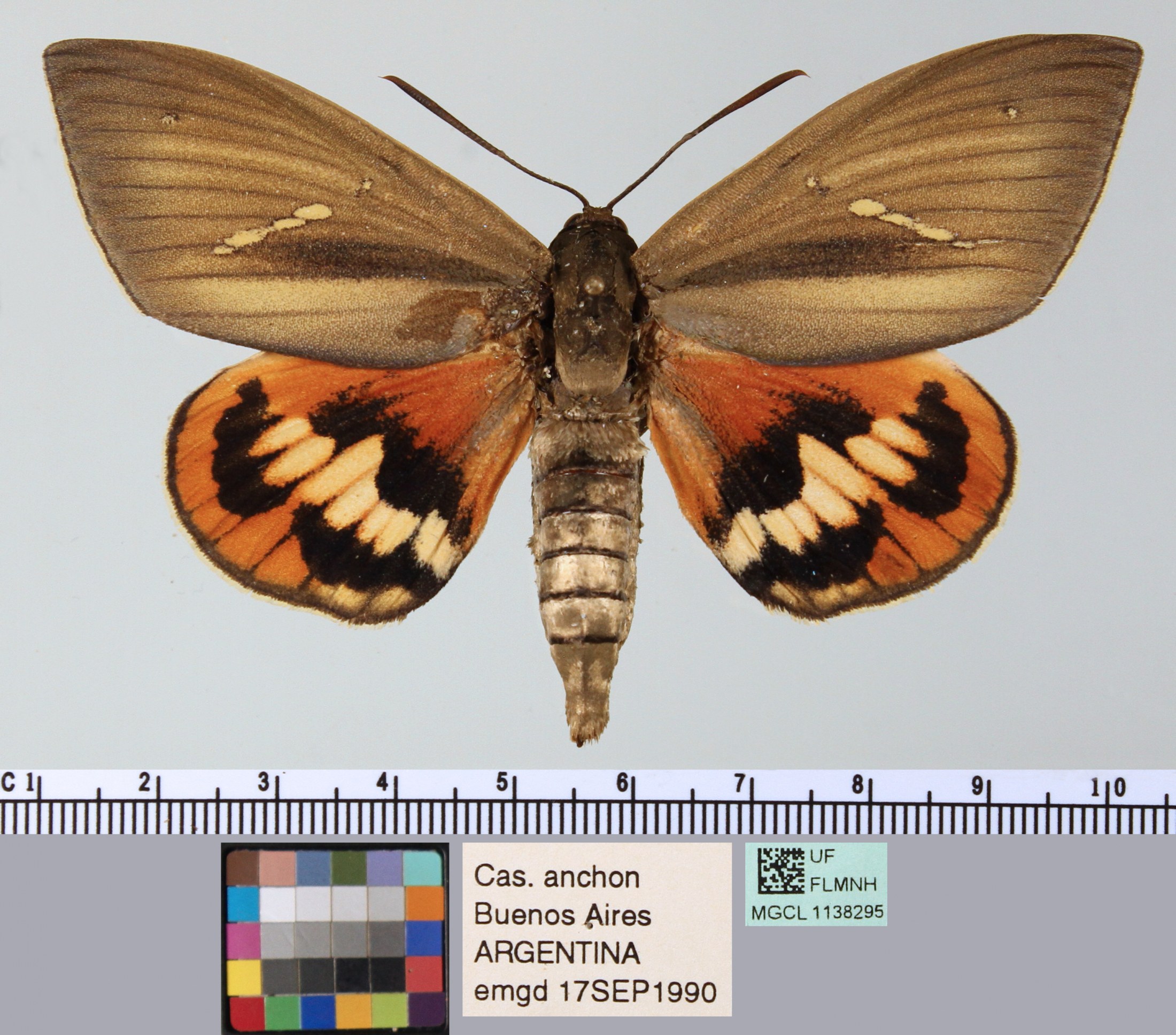 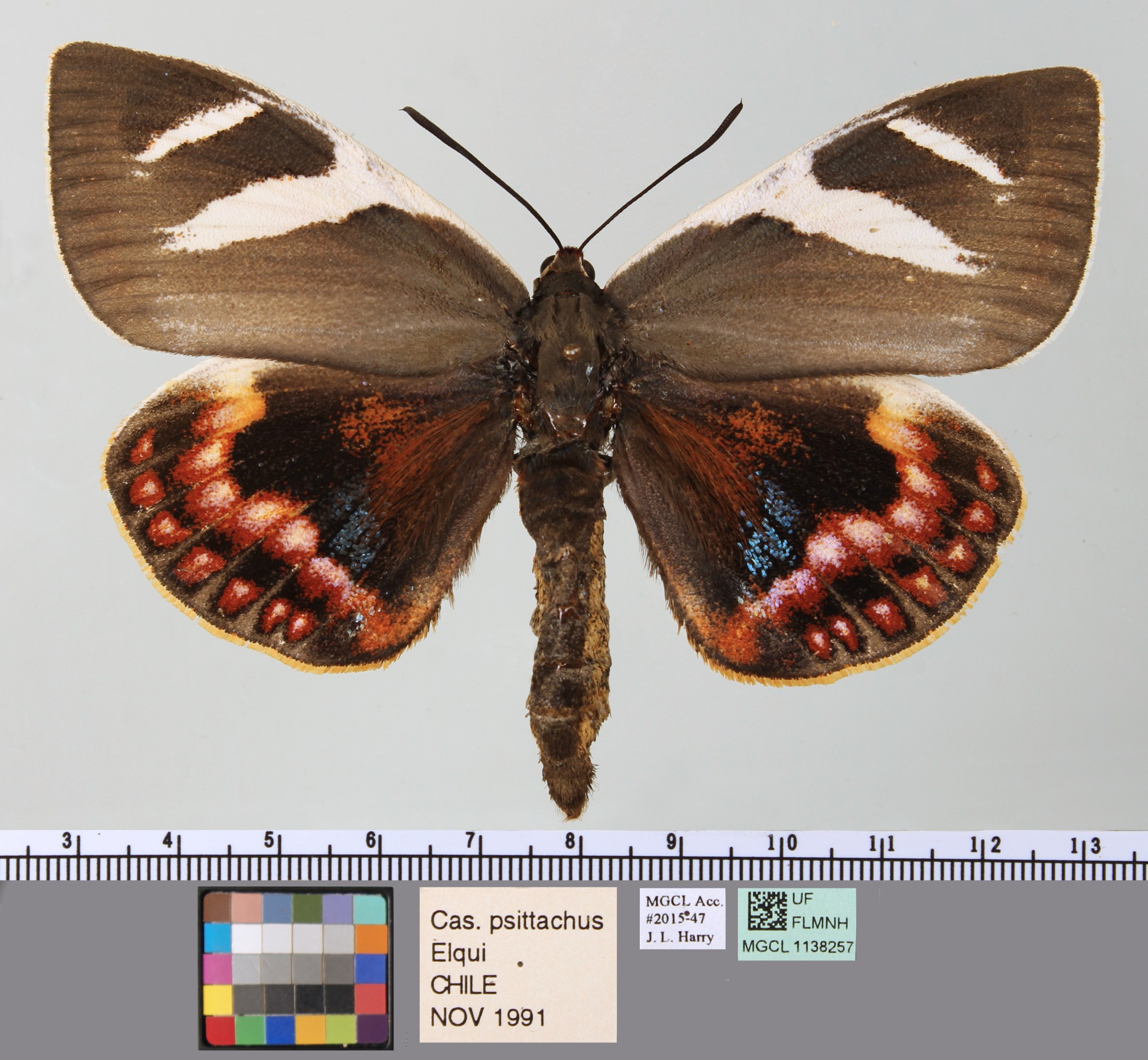 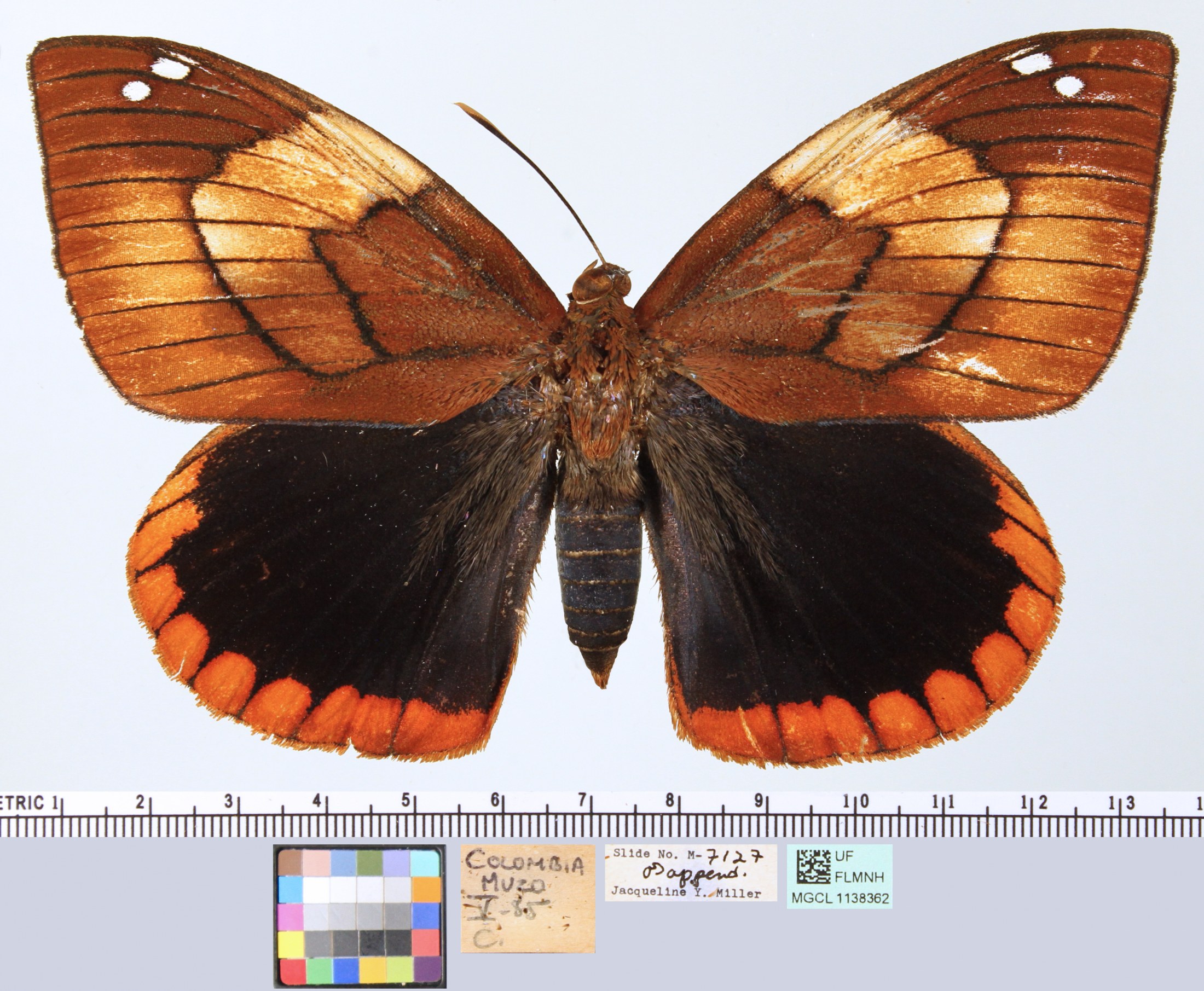 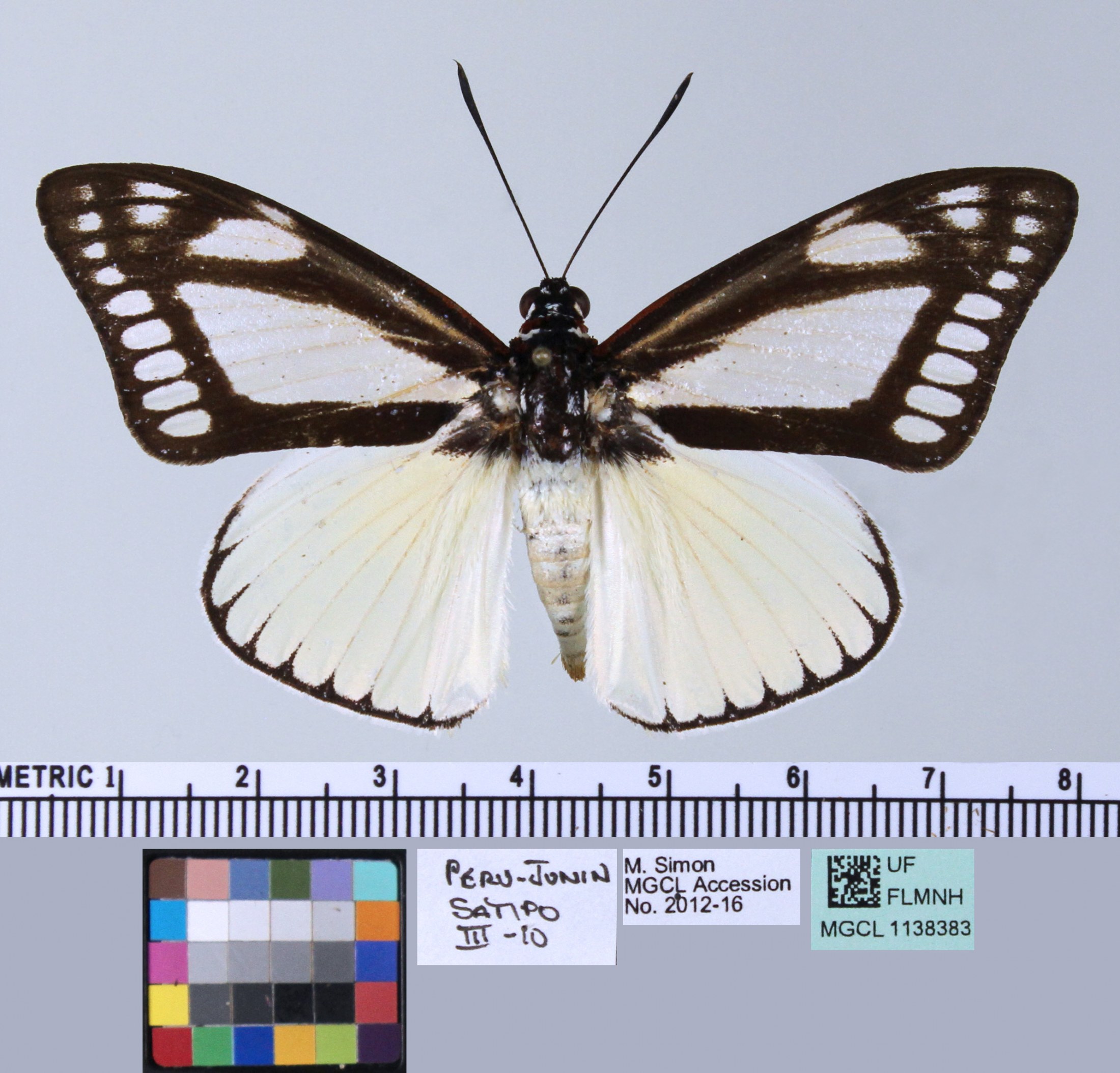 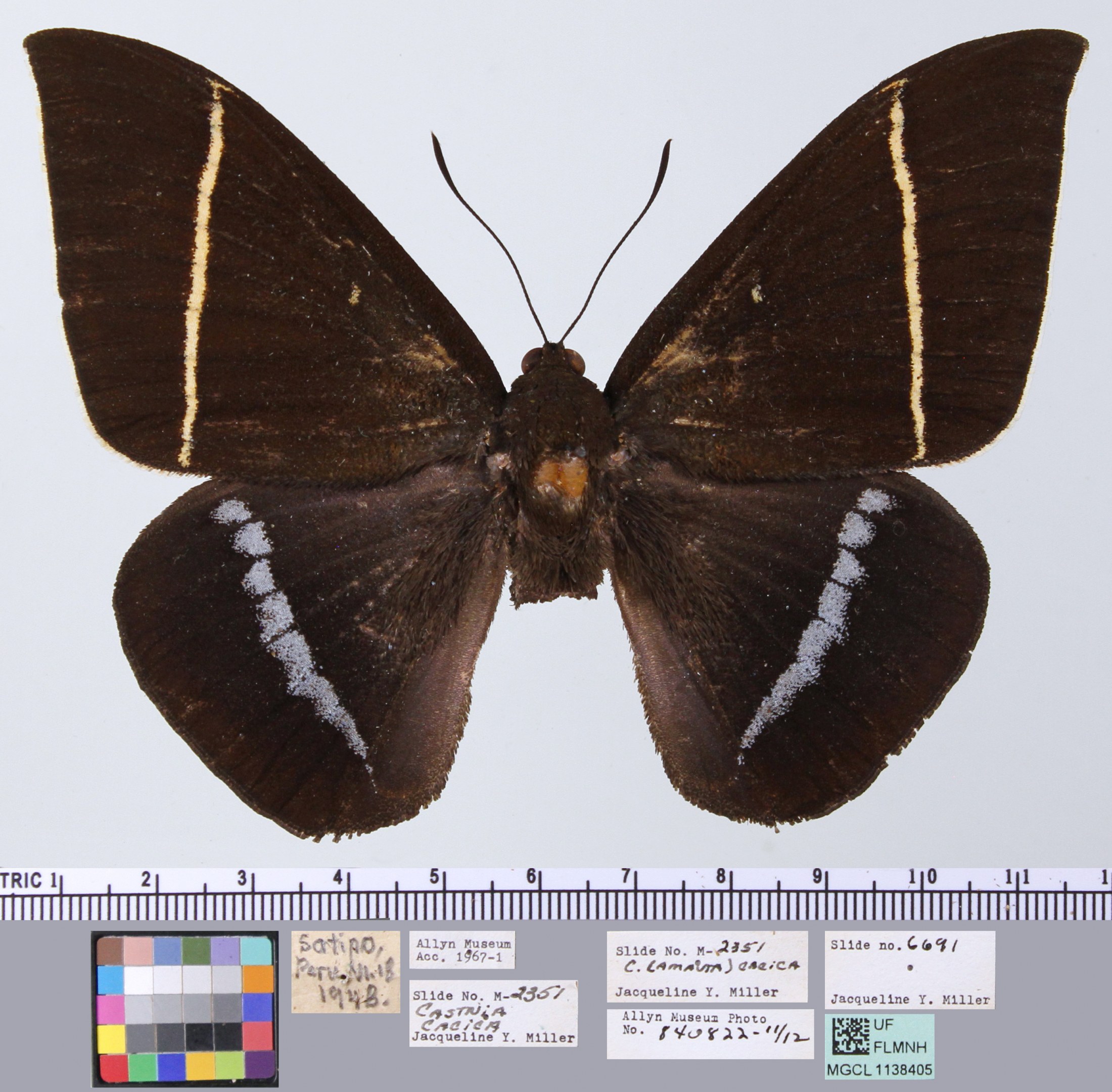 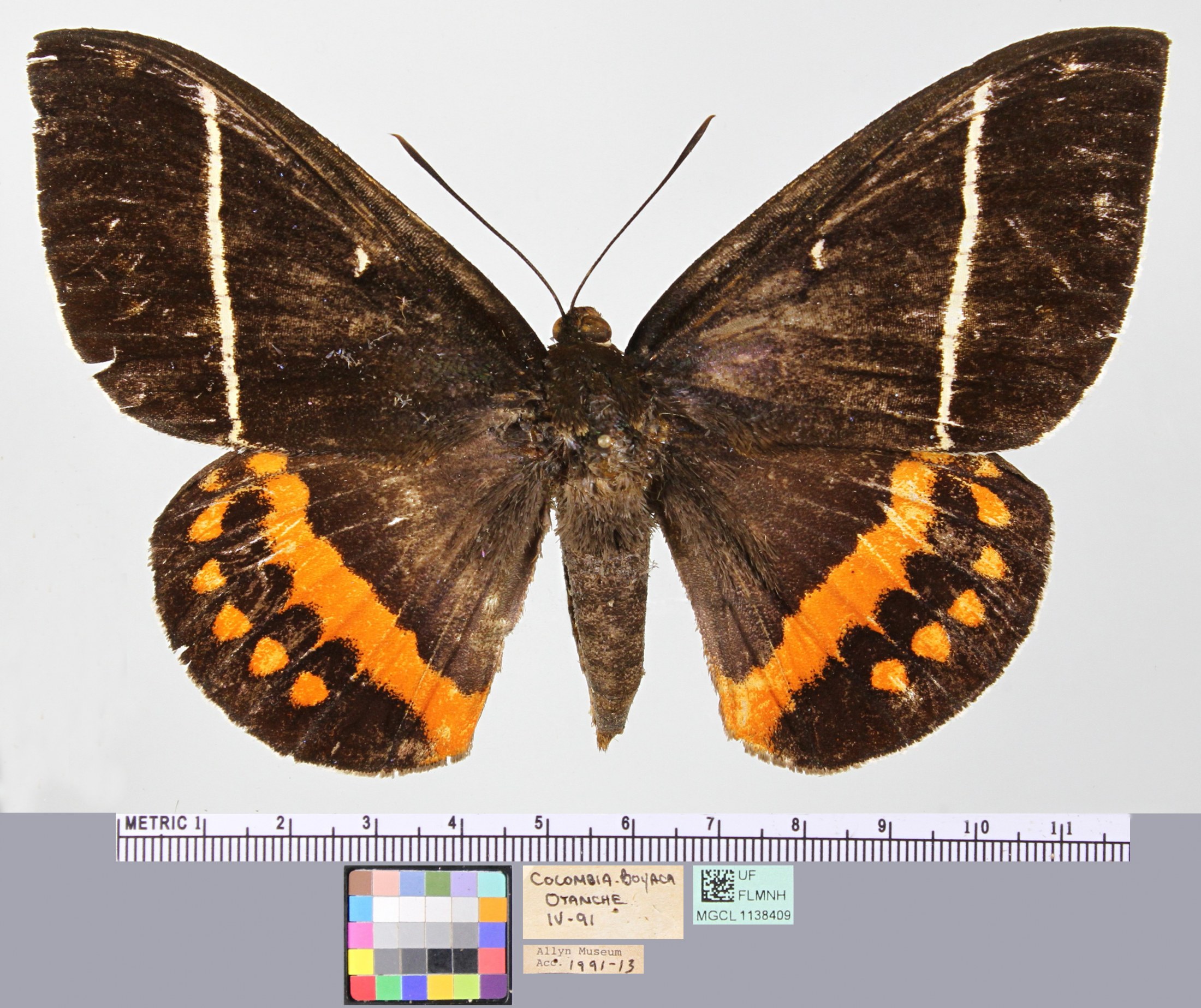 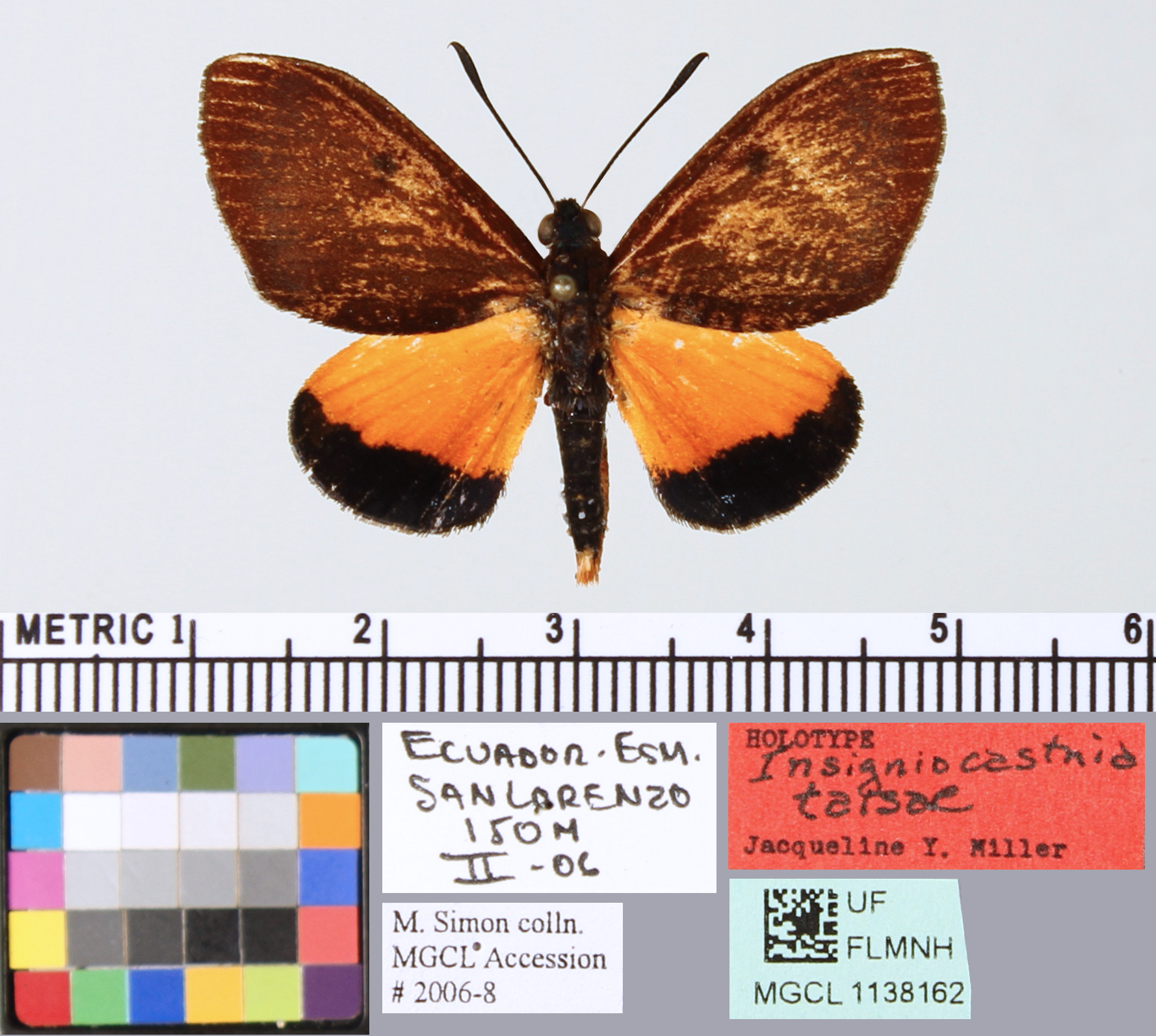 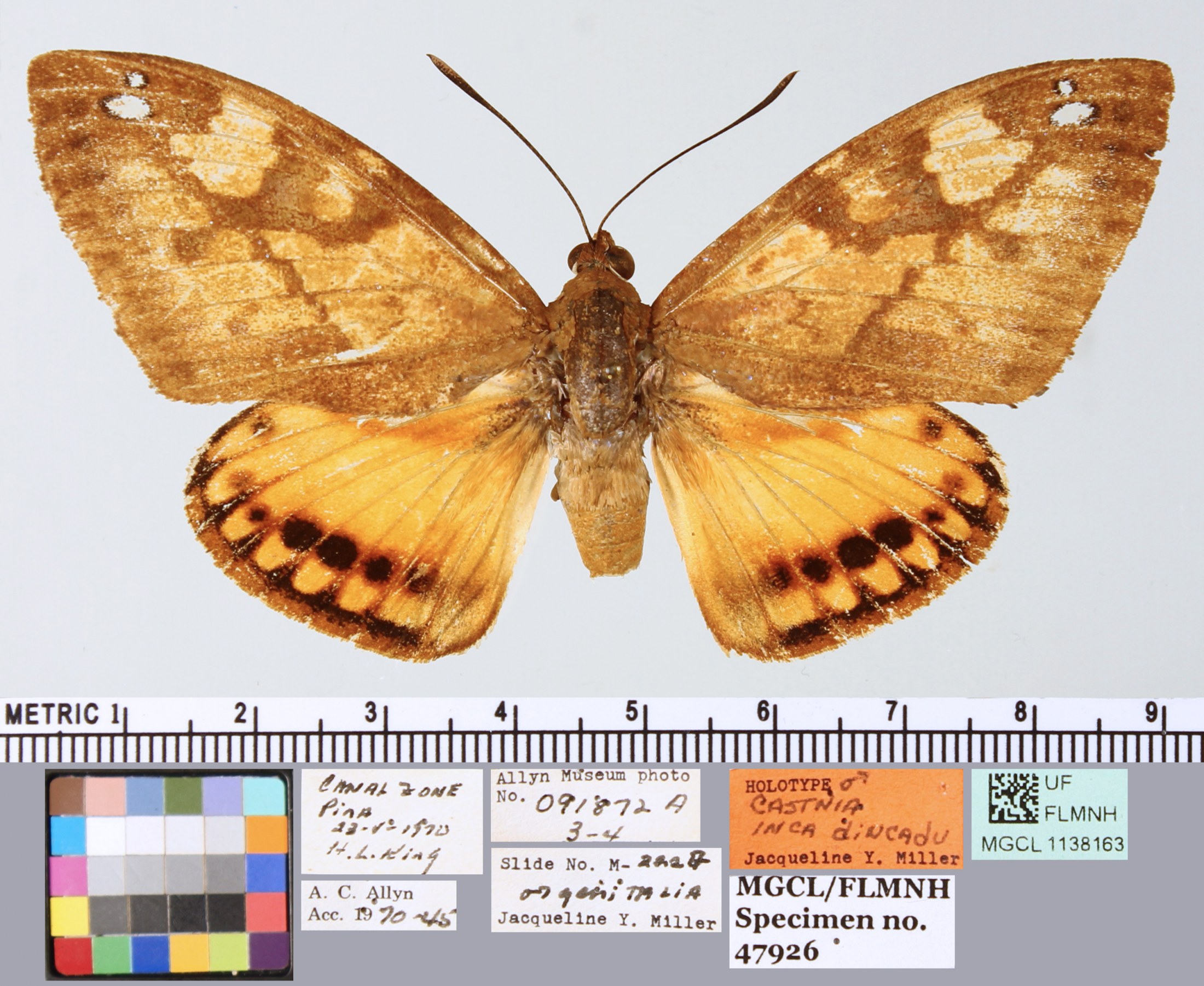 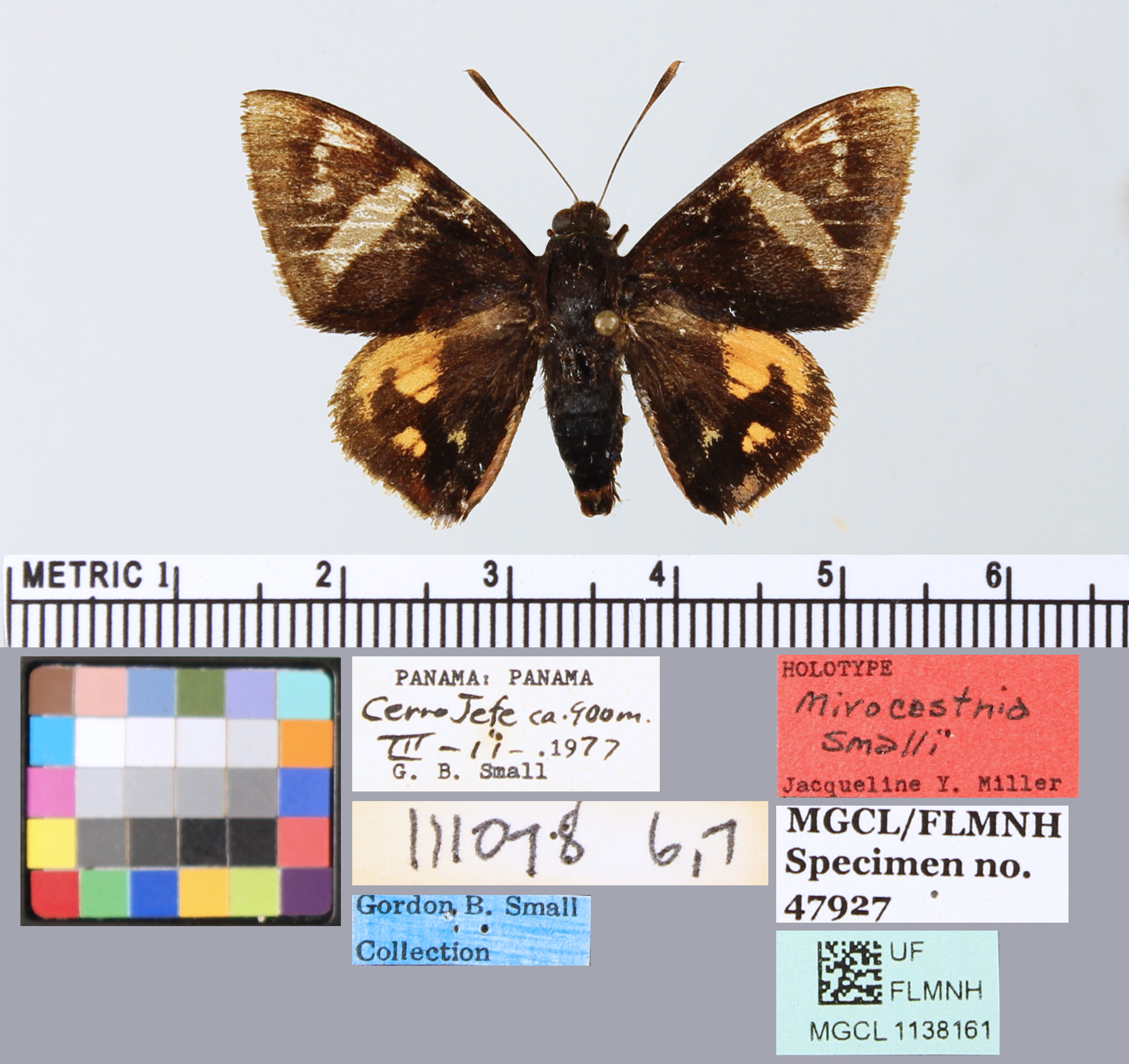 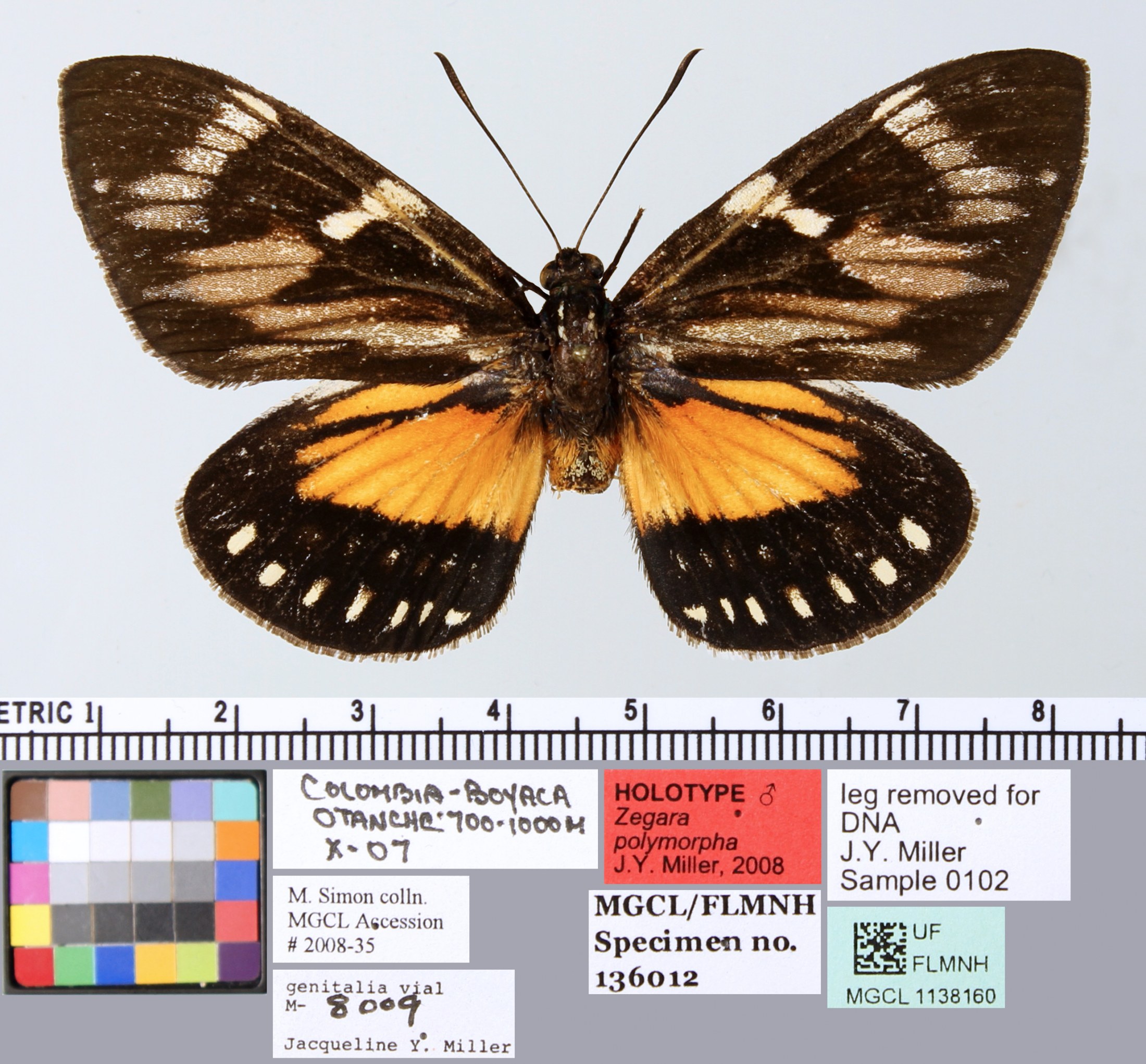 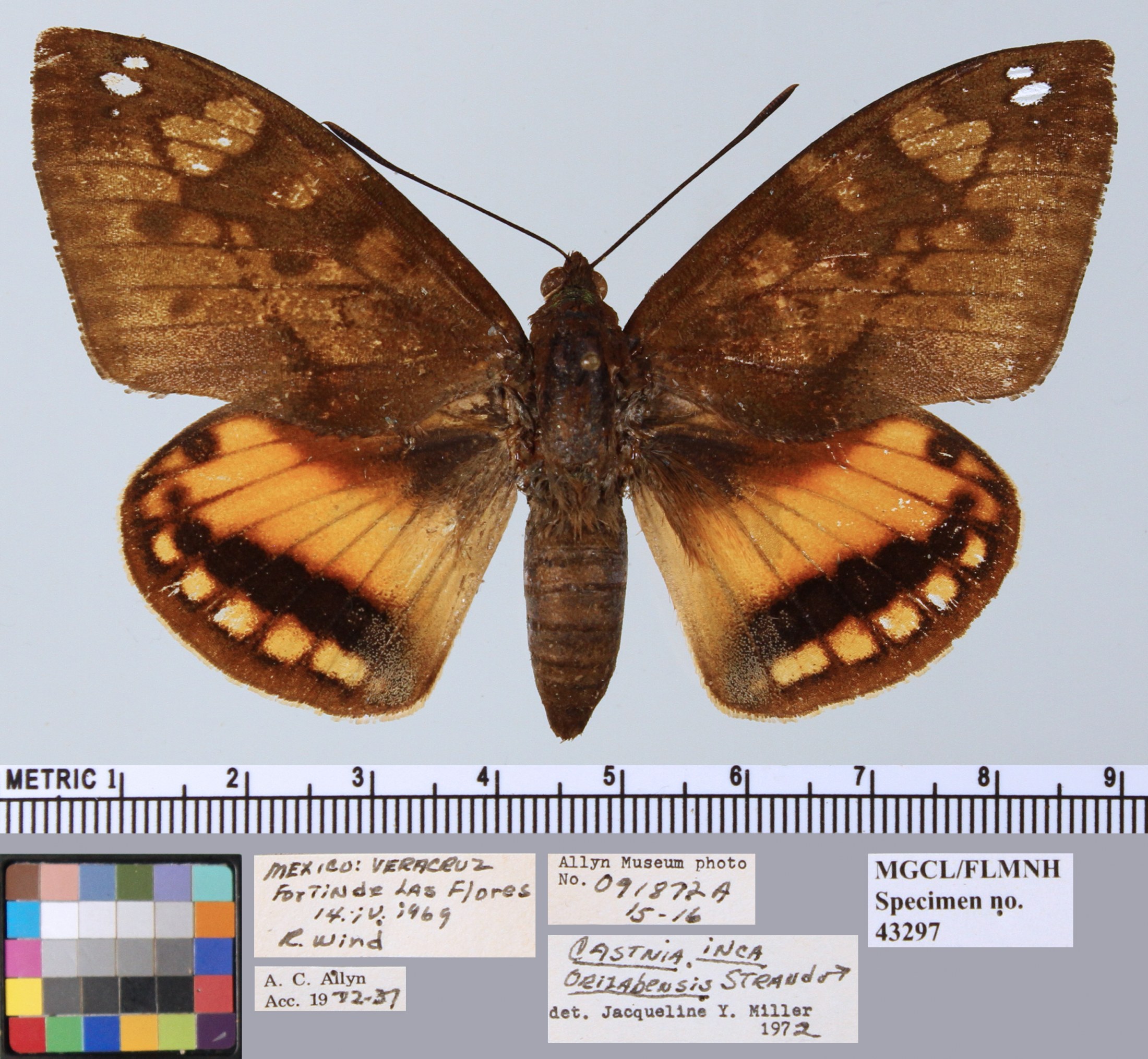 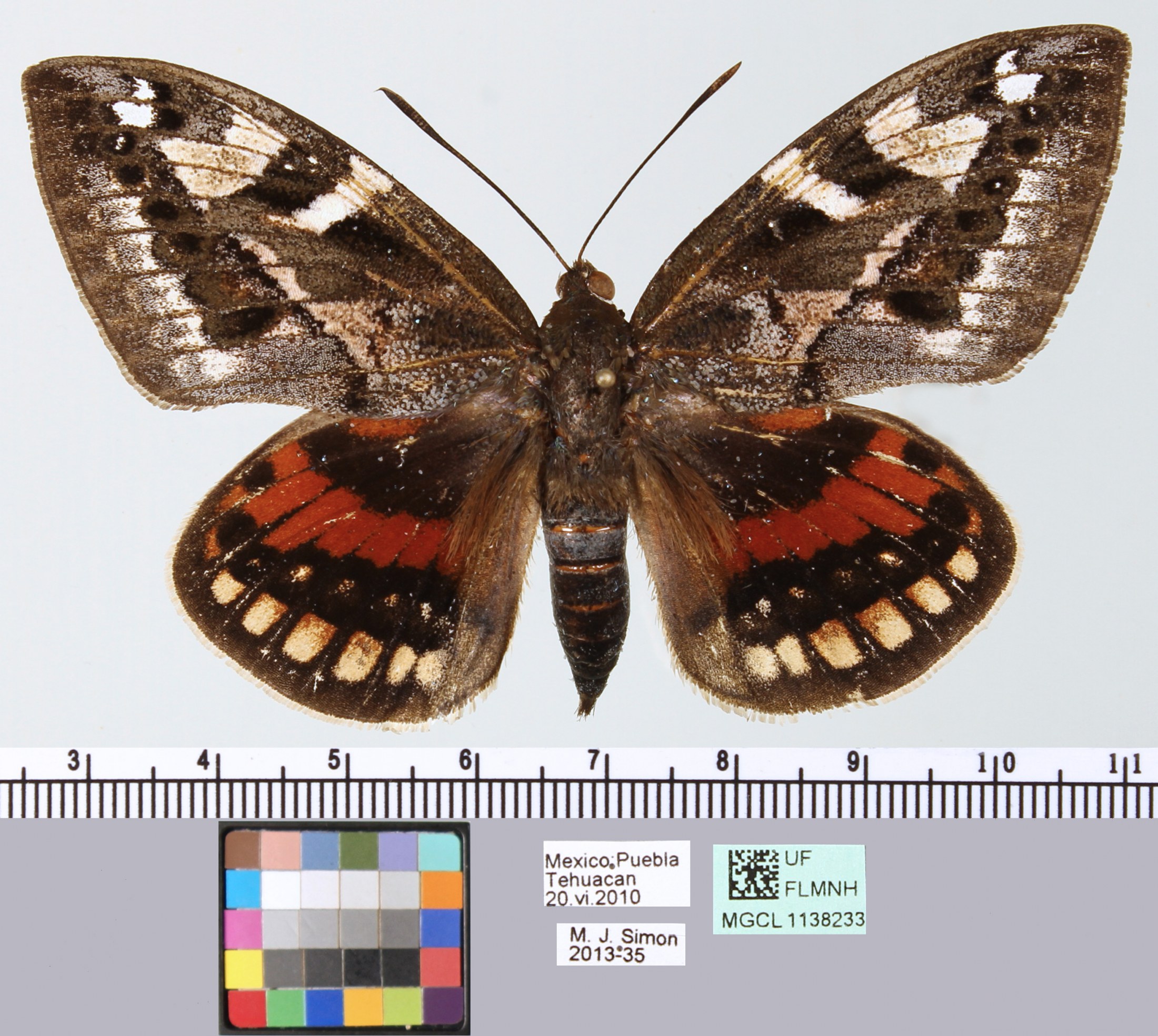 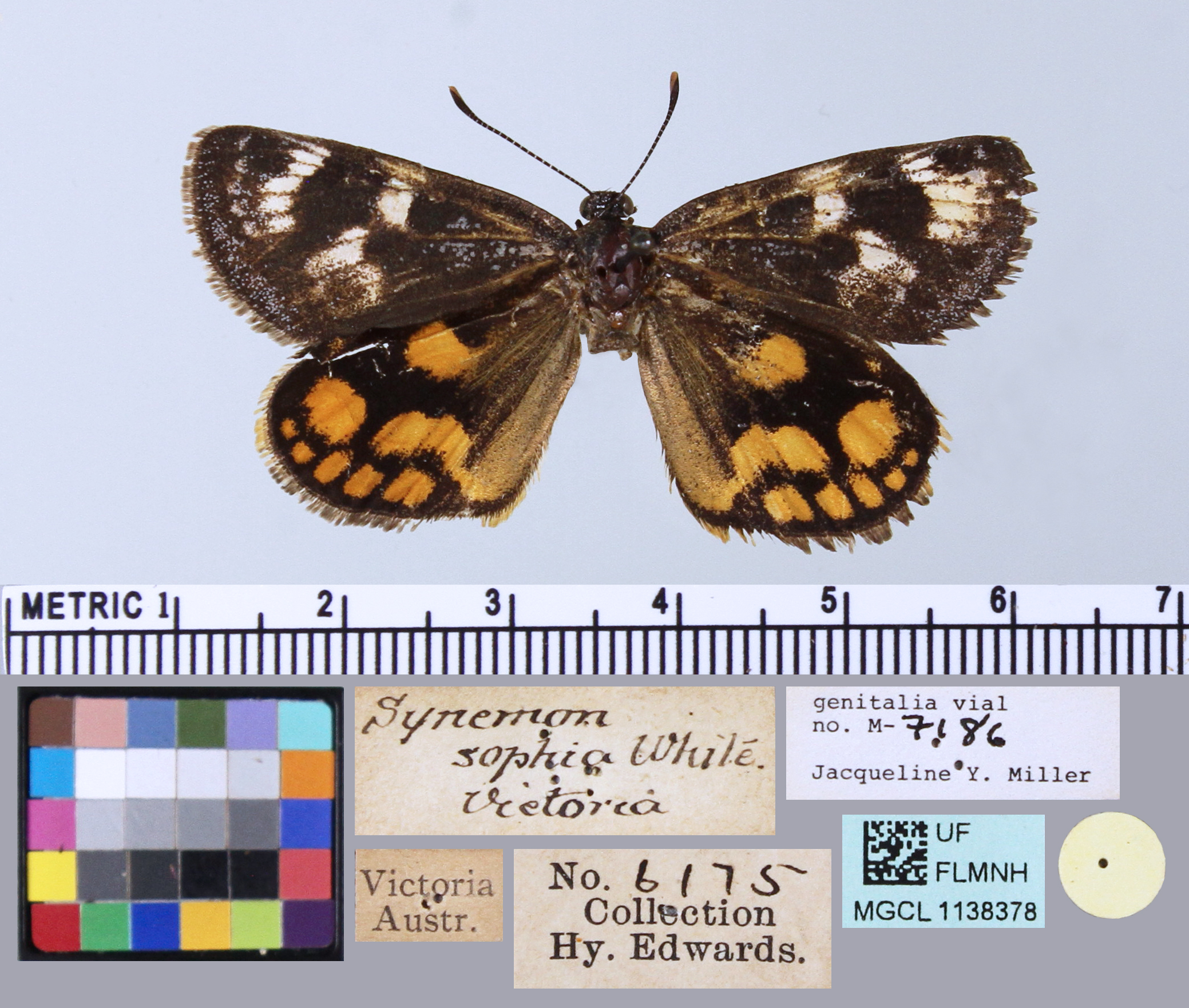 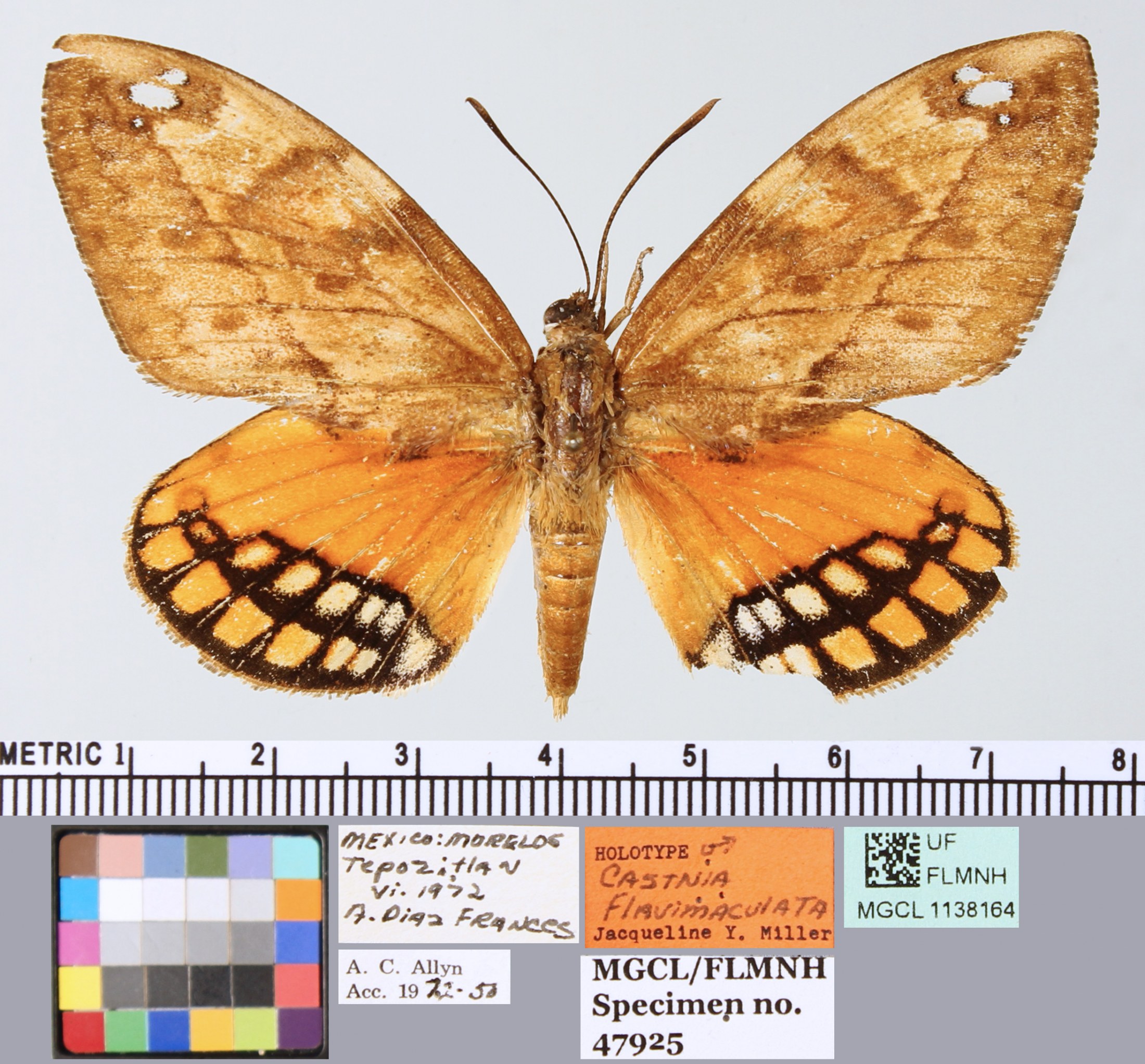 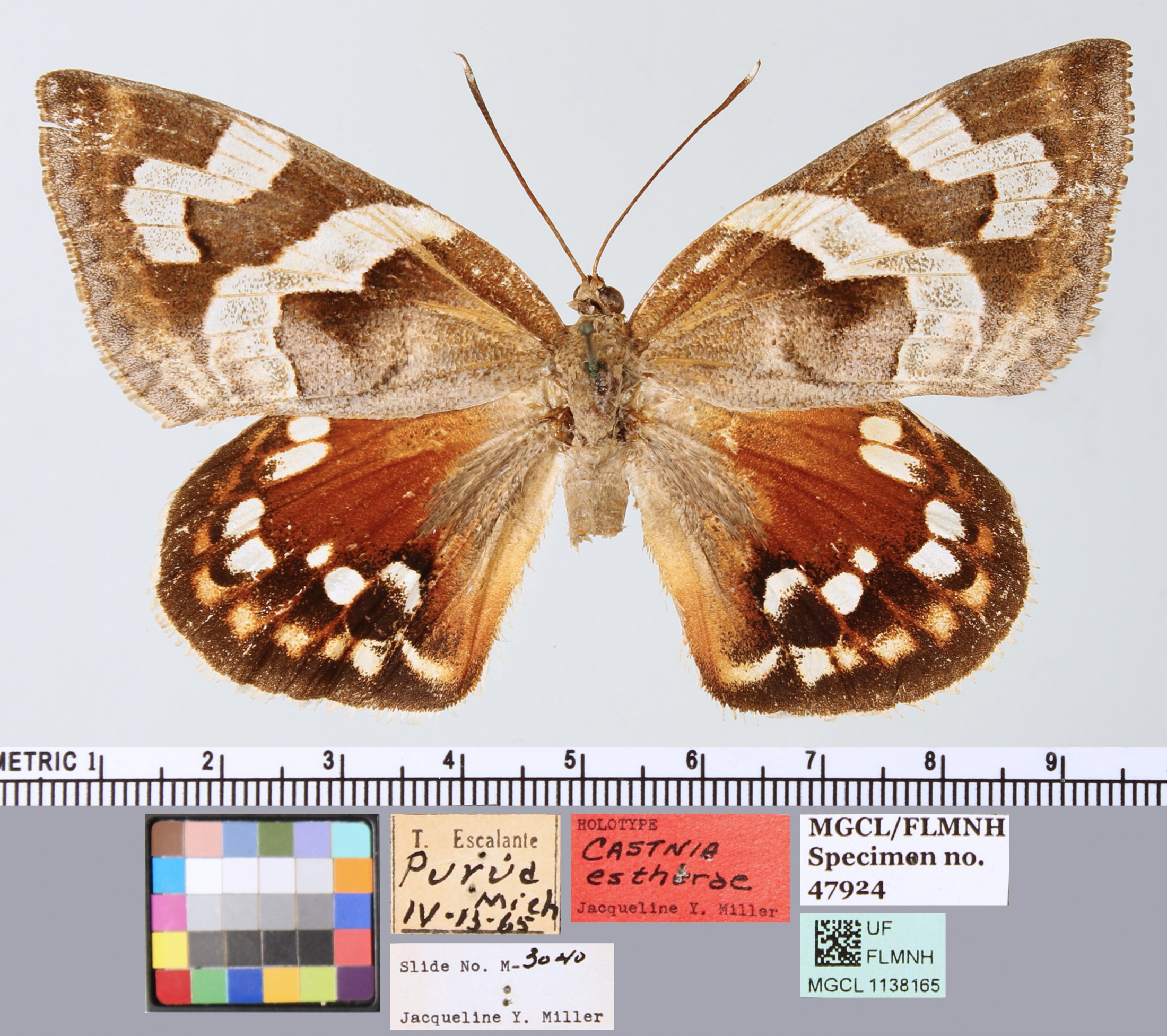 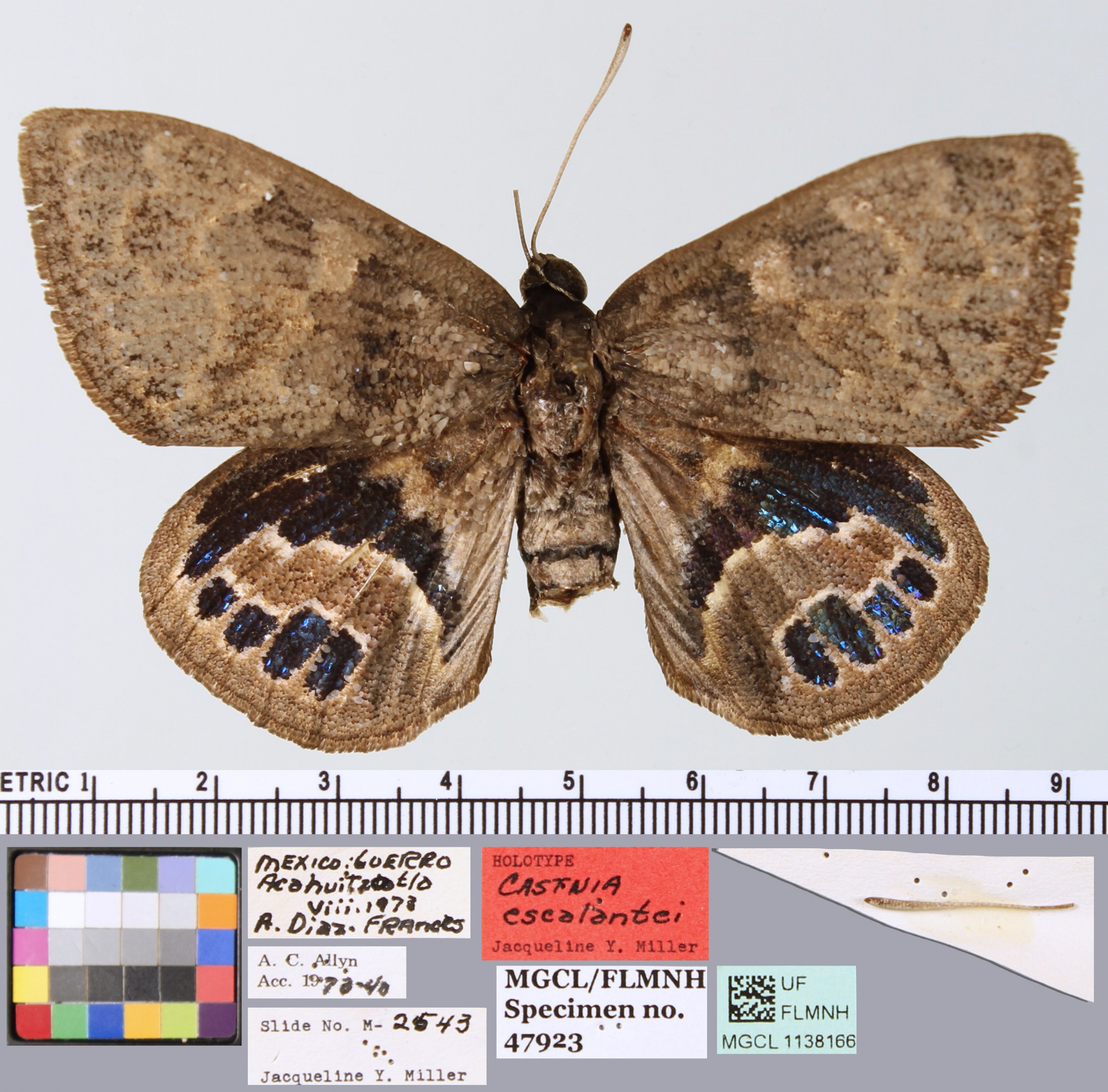 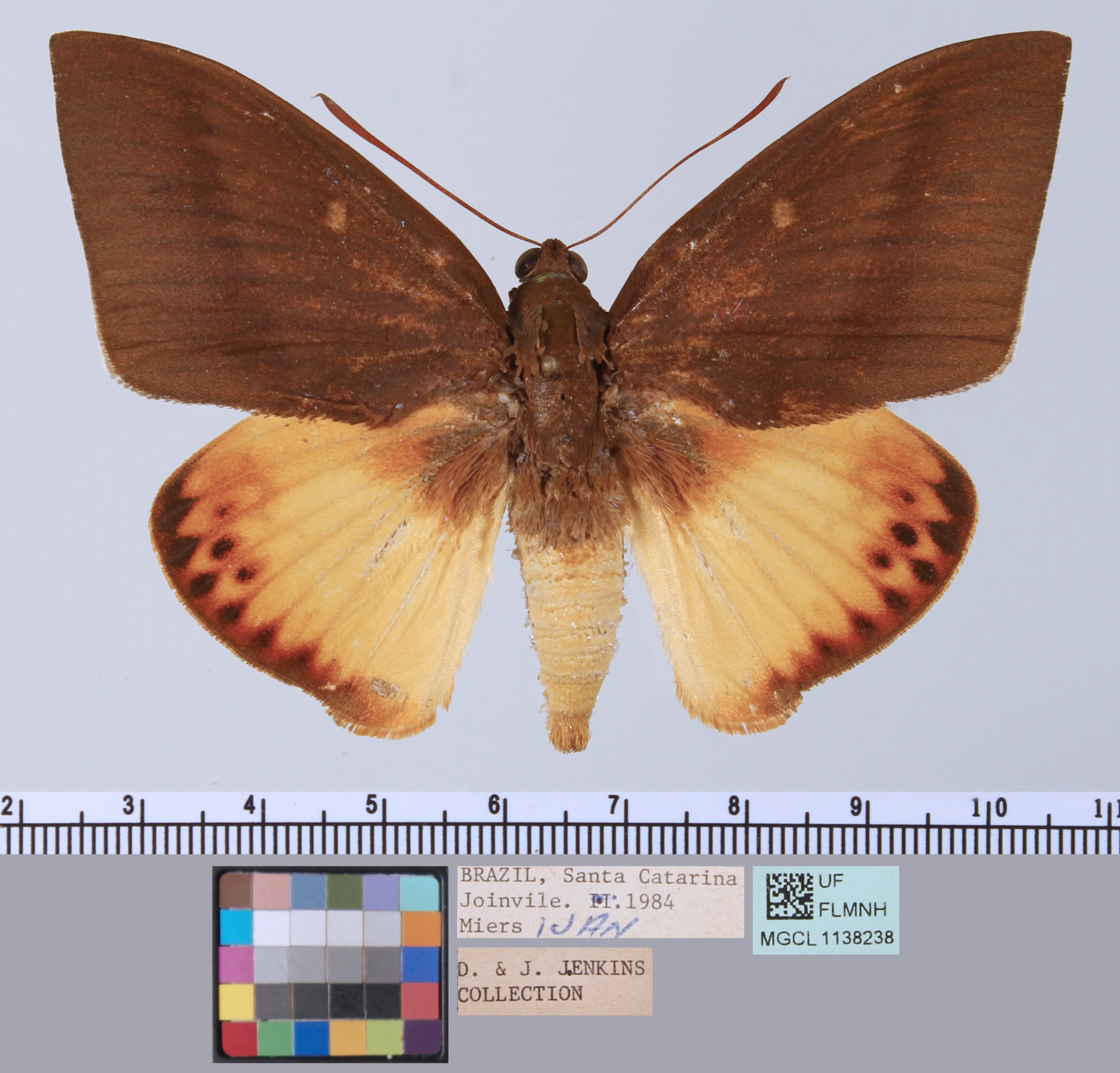 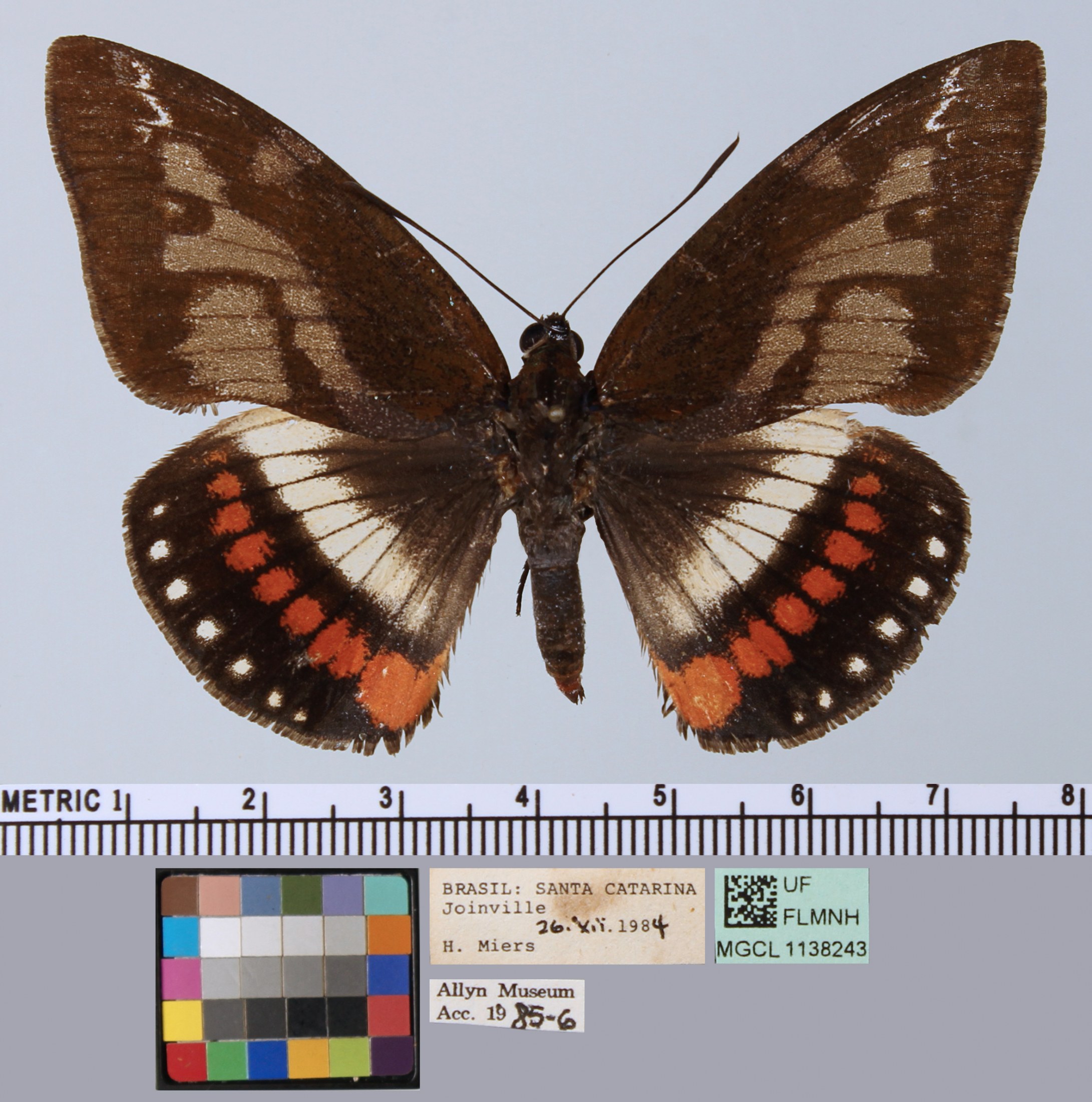