The Lepidoptera collection of the McGuire Center is one of the world’s largest, with more than 10 million specimens representing most of the world’s 20,000 butterfly species and many of the estimated 245,000 moth species, including 1100 holotypes.

The McGuire Center houses Florida Museum Lepidoptera specimens formerly stored at the Allyn Museum of Entomology in Sarasota, and other collections from UF and the Florida Division of Plant Industry. The collection is located on three floors and is housed in compactors with a capacity of 77,000 glass-topped drawers. Holdings also include a large collection of preserved immature Lepidoptera (eggs, larvae, pupae), and an extensive research library.

Since the Center opened in 2004 it has undergone dramatic growth. Although recently collected specimens from surveys conducted by staff and students are added to the collection each year, the growth has largely been due to donations of private collections. We receive 30-40 separate donations of specimens every year, and the average annual growth of our collection since its inception has been around 200,000 specimens (including both pinned and papered/layered material). One of the largest donations was by William and Nadine McGuire, which included the Ulf Eitschberger collection and comprised several million specimens and a large collection of literature. Other featured collections are highlighted here. 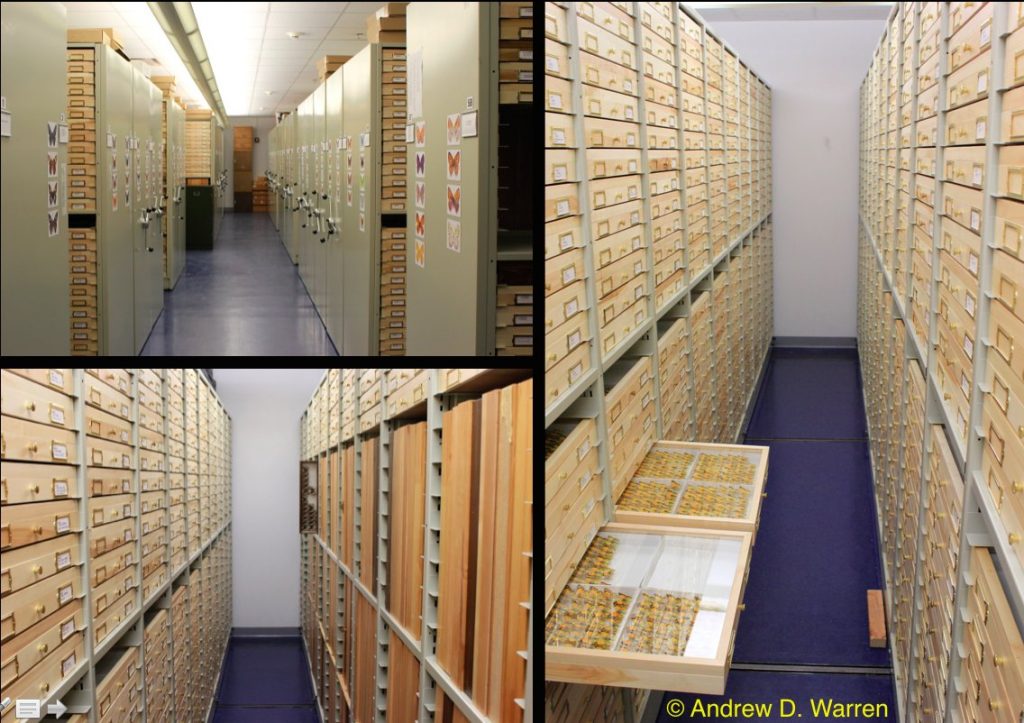 Organization of the collection, McGuire Center for Lepidoptera and Biodiversity.

Interface between public and research spaces at the McGuire Center, view of the 1st floor collections. 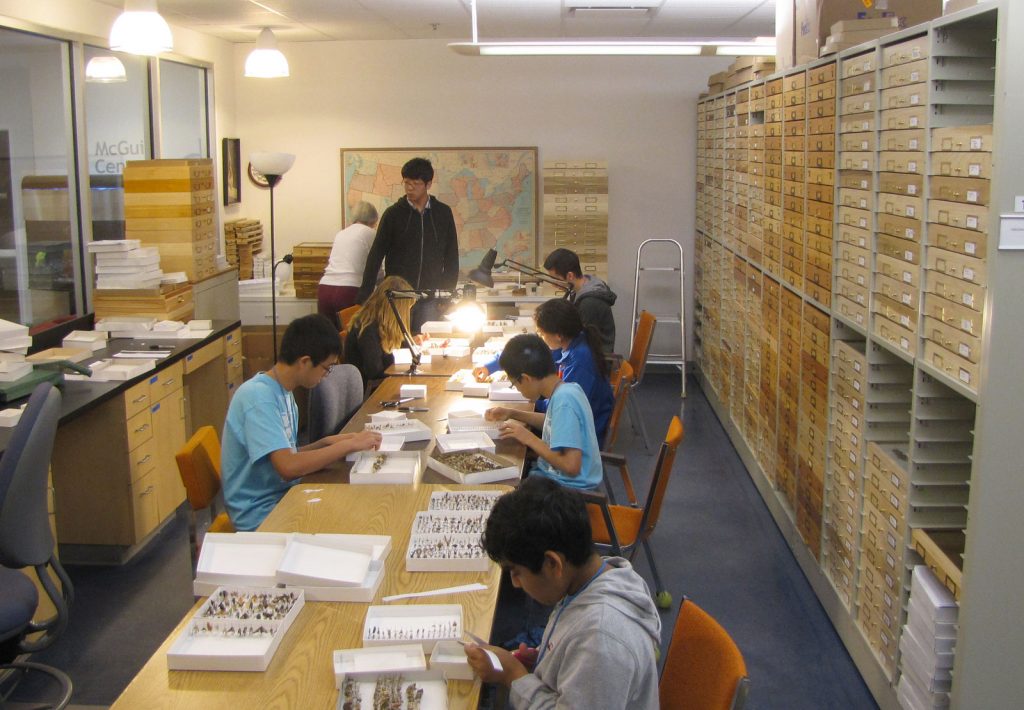 Junior Volunteers – high school students working in the collections during their summer break. 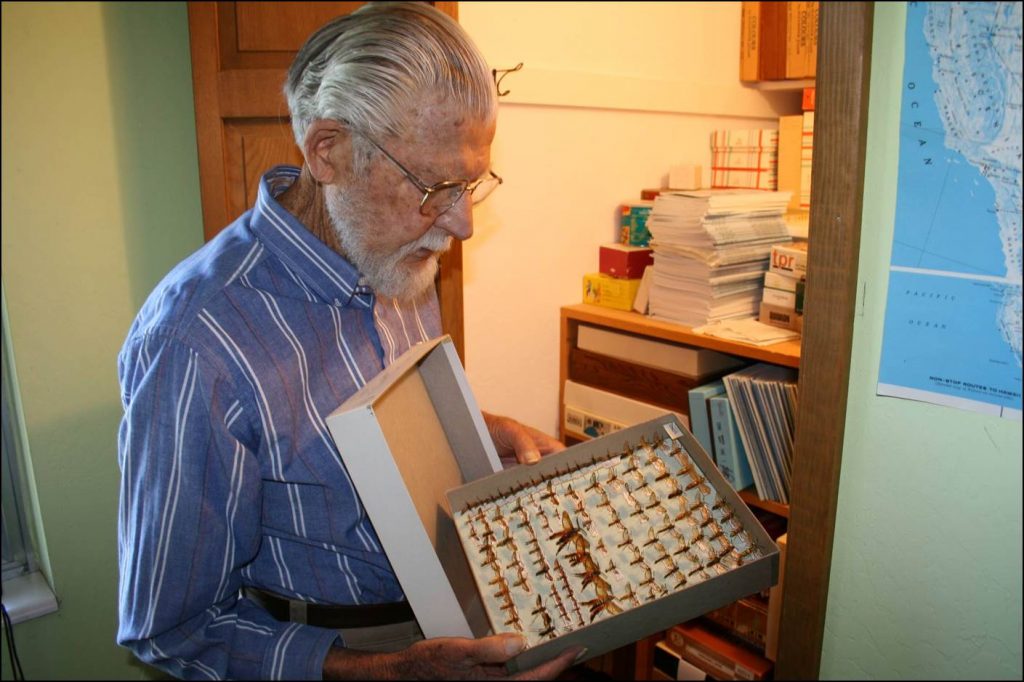 David Bauer (1923-2010) before transferring his collection to the McGuire Center. 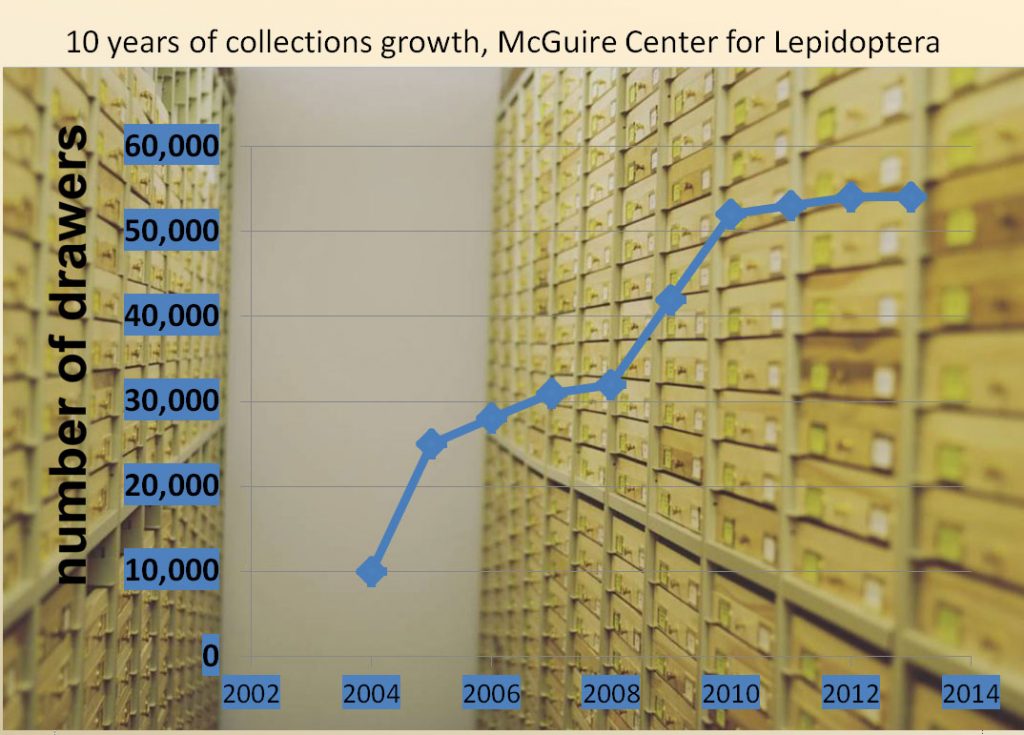