Is there life on Mars? High school students explore this possibility with scientist Dr. Amy Williams

In a virtual visit coordinated by Scientist in Every Florida School, Dr. Amy Williams, a UF faculty member in the UF Department of Geological Sciences and an astrobiologist working with NASA, led a classroom of Gainesville High School students in a discussion about the characteristics of life, and the possibility of life on Mars. 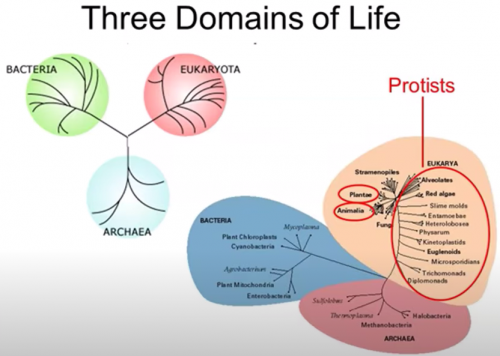 After the students demonstrated that they were familiar with the concept of the characteristics of life, such as movement, growth and development, response to stimuli, reproduction, use of energy, and cellular structure, Williams introduced the Three Domain Model that scientists use to categorize life into bactereia, eukaryota, and archaea.

But then, Williams posed a question that left the room divided – are viruses alive? Williams provided facts to help provoke discussion among the students, some of whom were online while others were in the classroom. She then revealed the answer – all of them were correct. Viruses straddle the line, having some characteristics of living organisms, and others that don’t quite match up. Regardless of whether or not viruses are alive, students learned that they play an integral role in the evolution of the genetic material of life. Students were surprised to learn that every sequenced organism has a component of its genome that is viral in origin.

It was the second half of Williams’ presentation most engaged the students. They were excited to learn about a long-standing question – is there life on Mars? Unfortunately, Williams didn’t announce an unprecedented discovery to the high school class, but she did offer evidence to suggest that life on Mars wouldn’t be out of

the question. As an astrobiologist, Williams worked with NASA’s Curiosity rover mission to identify conditions on Mars that could be habitable to life. Students discussed which forms of life are the most likely to be found on Mars.  Williams explained that though there is some debate in the scientific community, bacteria seem to be the most likely form of life to be discovered there, due to its early placement in the evolutionary chain. For bacteria to survive, they need water, carbon, and an energy source to metabolize. In Yellowknife Bay, Gale Crater, Mars – the Curiosity rover found them. Williams and other NASA scientists used the rover to look for habitable environments and found it in the form of an ancient lakebed. The next step for Williams and the NASA team is to look for physical or chemical fossil evidence of extinct life using NASA’s Perseverance rover, launched just this past July.

The exciting and thought-provoking presentation was followed by a Q&A session, with students submitting questions both in the classroom and on Zoom.

Teachers at Florida K-12 public schools can request a virtual visit with a scientist for their classroom by filling out this form.