McGuire Center staff and volunteers were excited to make their first two trips to UF’s new DeLuca Preserve in Osceola County, Florida. We are surveying the moth and butterfly fauna of this 27,000-acre Preserve and gathering baseline data for long-term monitoring of rare and declining taxa. Data may also be used in future comparative studies by students, staff and other researchers, addressing the impacts of light pollution, invasive species, and climate change on Lepidoptera diversity and population dynamics. In addition, a DNA barcode library is being assembled using freshly collected samples from the Preserve. Such a library will help with taxonomic identifications, determining larval host plant relationships, and systematic, ecological, and evolutionary studies.

Although we are not yet into Florida’s summer rainy season, our first two visits resulted in more than 200 species representing 33 families. We anticipate well over a thousand species of Lepidoptera to occur at the Preserve, the vast majority of these being small moths. Moths were photographed and collected at lighted sheets as well as collected in bucket-style light traps and pheromone traps. A variety of habitats were sampled and explored as potential long term monitoring stations.

More information about the Preserve and examples of some of the species found thus far are available on our project website, Lepidoptera of the DeLuca Preserve, as well as our iNaturalist Project. The latter is open for image contributions by anyone doing research at the preserve as well as visitors attending special events. 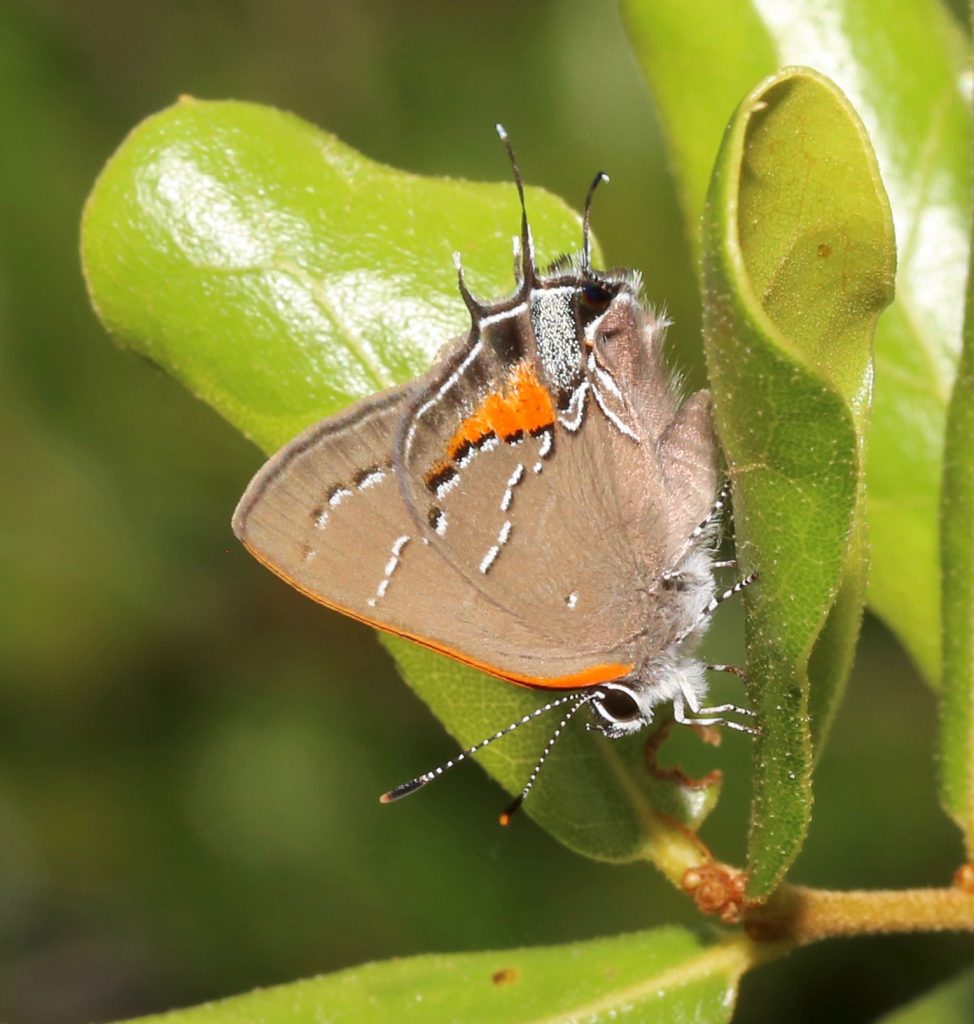 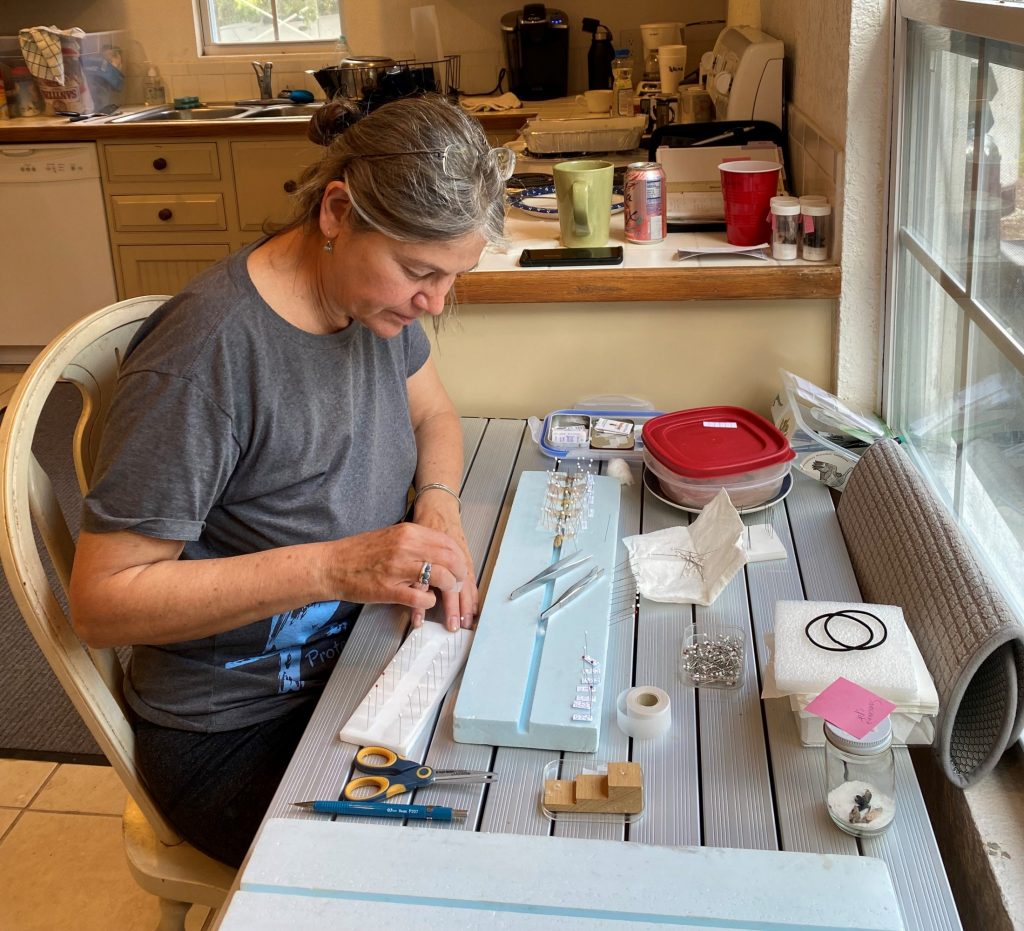 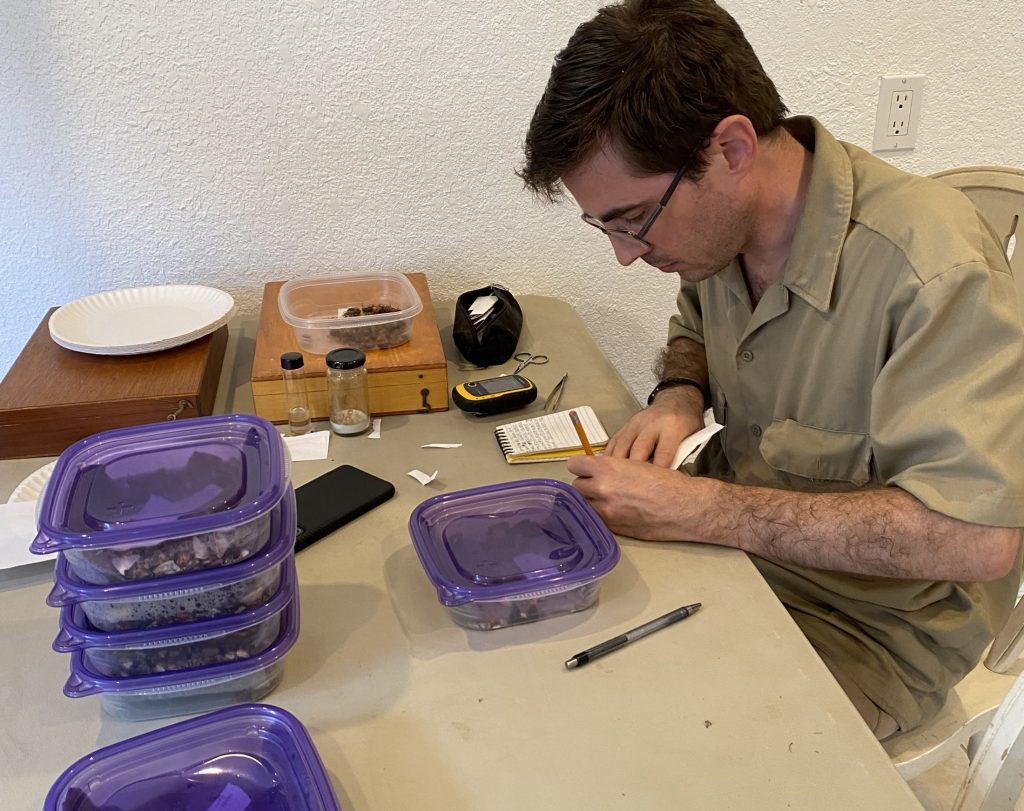 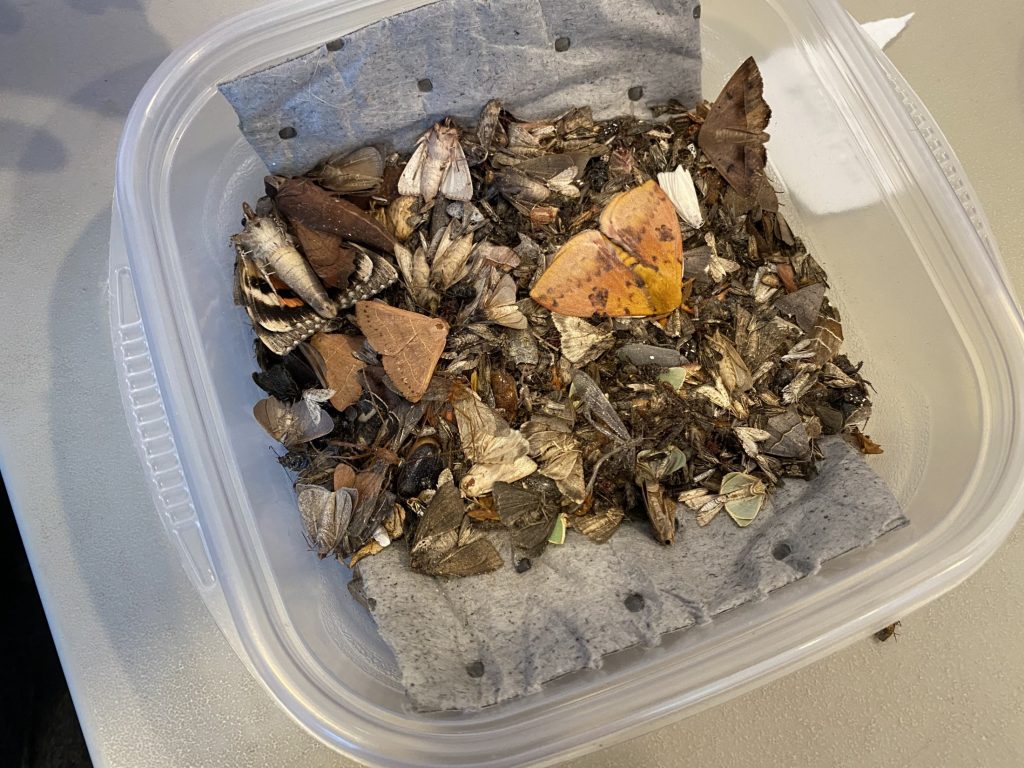 A sample of moths from a bucket trap at the DeLuca Preserve. Image by Deborah Matthews. 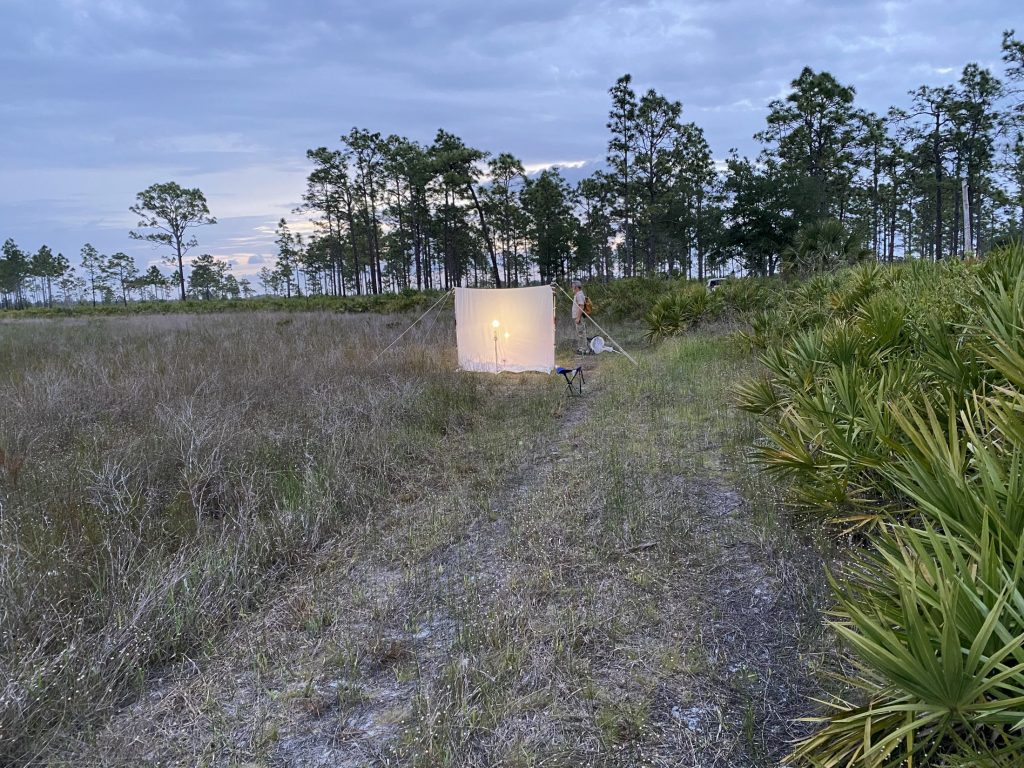 Waiting for nightfall. A sheet lit with mercury vapor lamps set up just before dark to attract moths at the edge of a dry seasonal pond. DeLuca Preserve, 30 Apr 2022. Image by Deborah Matthews. 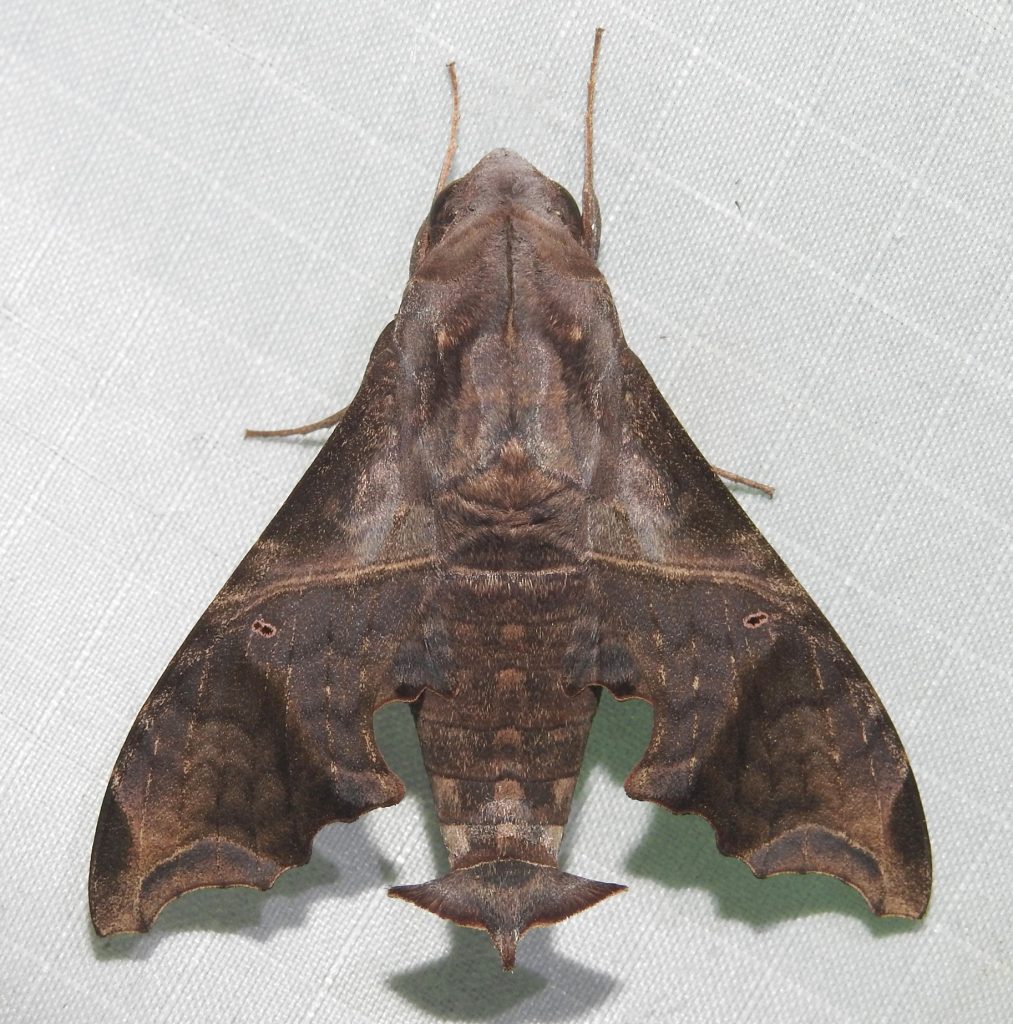 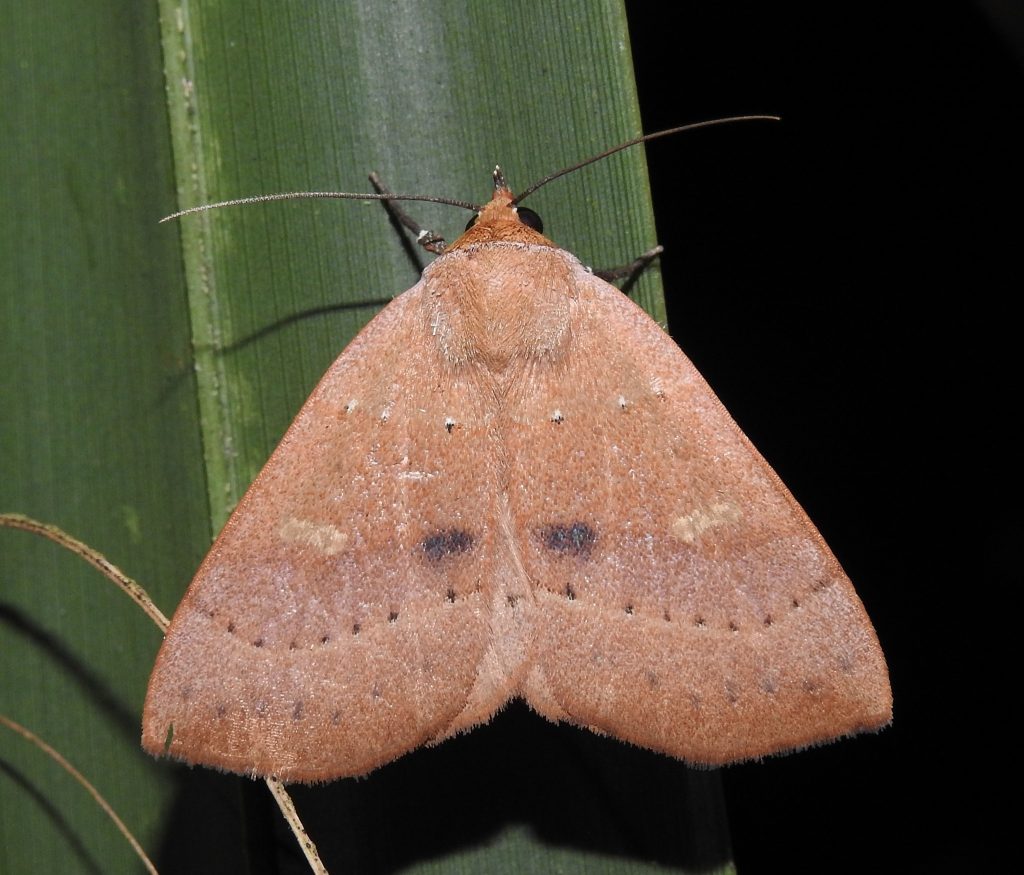