As Florida’s population is expected to soar above 22 million people this year, the state faces a continuing problem: what to do with the massive number of materials and products that residents use — and then need to dispose of.

“Florida, not unlike other states, just throws away so much stuff,” said Amanda Waddle, the co-chair of Zero Waste Gainesville, a group that works with communities and businesses to reduce waste and reuse products. “The volume of it is immense.”

People should be aware that the rate at which our ability to create things is increasing, and the long-term impacts of some of these products is unknown, according to Maia McGuire, associate director for extension and education at Florida Sea Grant and associate program leader for marine and coastal extension at the University of Florida Institute of Food and Agricultural Sciences.

“We need to tread a little carefully,” McGuire said.

This year, several bills are focused on how Florida should deal with these materials, everything from repealing a ban on making laws about single-use plastics, dealing with per- and polyfluoroalkyl substances (PFAS) or even creating a new recycling goal for the state.

Here’s what this year’s pollution- and recycling-focused legislation is all about:

Preemption of Recyclable and Polystyrene Materials 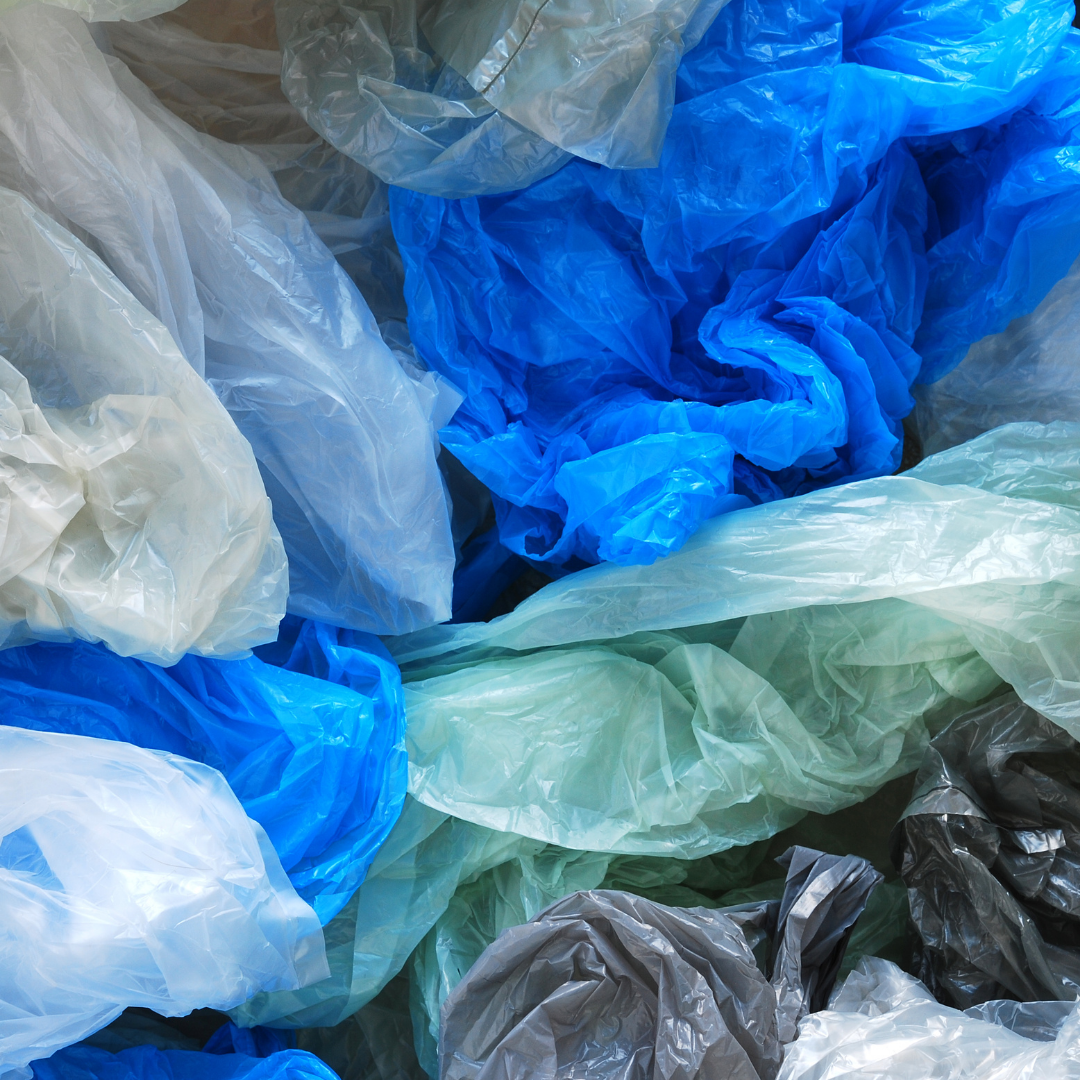 Two identical bills, titled “Preemption of Recyclable and Polystyrene Materials,” would remove language from existing laws that prohibit local governments and agencies from making their own rules about regulating plastic bags, polystyrene containers or other wrappings. Under current law, local governments are not allowed to pass ordinances that ban plastics.

SB 320, introduced by Florida State Sen. Linda Stewart (D), and HB 6063, introduced by Florida State Rep. Michael Grieco (D), would also direct the Florida Department of Environmental Protection (DEP) to update its 2010 report studying retail bags.  According to an analysis from the 2010 report, “between 56.8 and 315.15 disposable plastic bags are replaced by a single reusable bag in one year.”

“Preemption means that the state is taking away the ability of the local community to ban something. Basically, it’s a ban on bans,” Waddle said. “In this case, what we’re talking about is single-use plastics or polystyrene materials.”

Waddle noted that many of these plastic items are problematic because they are not reusable or compostable. They are made from toxic materials that degrade extremely slowly and break down into tiny particles that can contaminate water and soil. Many communities that want to ban these materials often also don’t have robust programs that would be able to handle them by recycling, she said.

Similar preemption-removal bills were introduced in 2020 and 2021, but they died in committees.

“It hasn’t been successful in the past, and that’s very unfortunate,” Waddle said.

However, McGuire noted that some aspects of 2022’s bills are outdated, such as the deadline for updating DEP’s retail bag report — which is listed as “no later than December 31, 2021.” DEP has already updated its report, as required by a different waste management bill that passed last year. 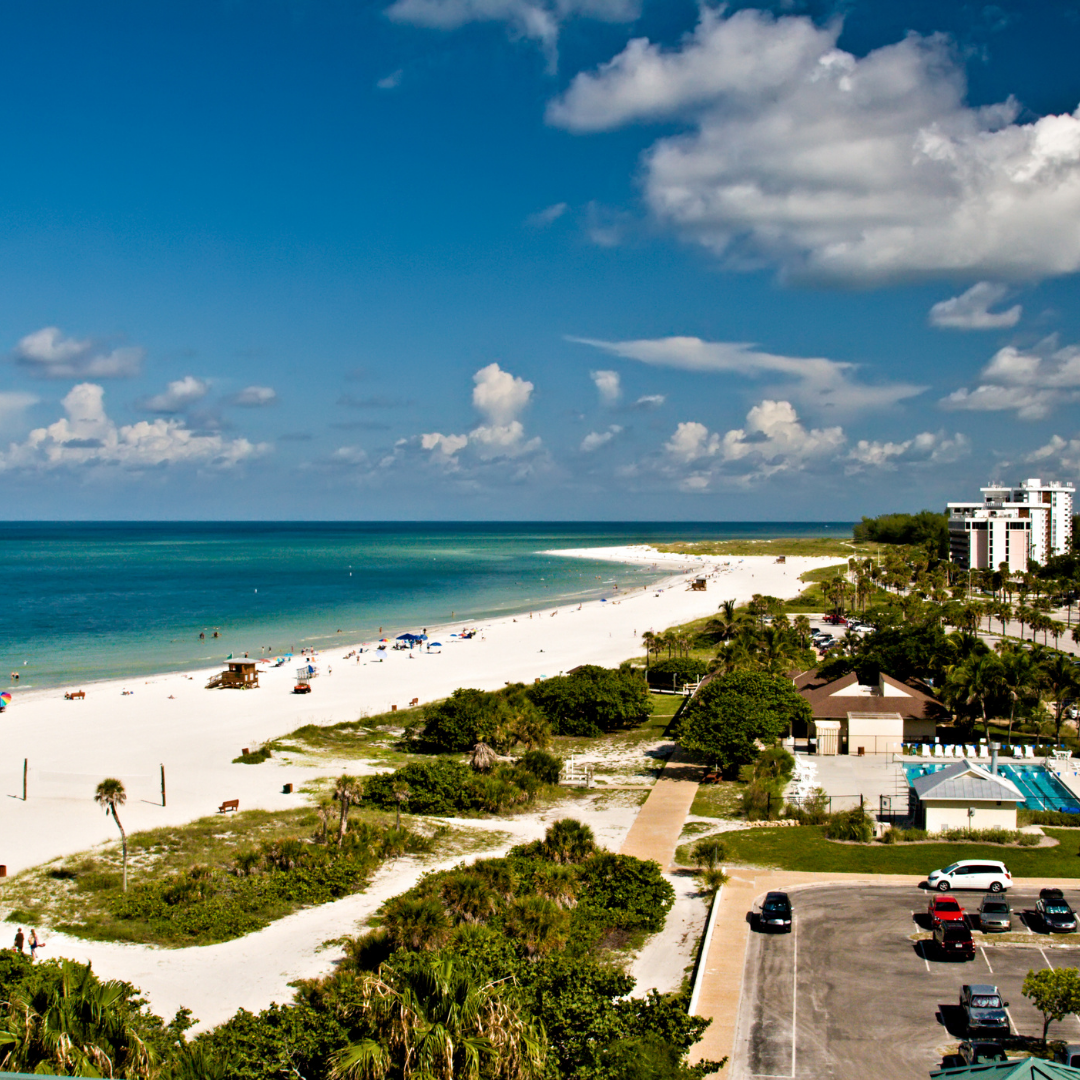 “What this bill wants to do is not completely do away with that preemption but make an exception for coastal communities to allow them to have those local bans,” McGuire said. “It’s not uncommon to see very similar things being proposed by different people.”

The bill also defines what coastal community means and allows communities and jurisdictions to adopt ordinances and provide information about the effectiveness of these bans.

“I think that the coastal communities are considered because everybody’s very aware that plastic escapes into our environment, ends up in our waterways and then eventually our oceans,” Waddle said. “It’s a big deal.”

However, while a vast amount of plastic does end up in or near water bodies, inland communities aren’t exempt from the plastic problem, either. If trends continue, scientists predict that there will be 12 billion metric tons of plastic in landfills by 2050, according to National Geographic. 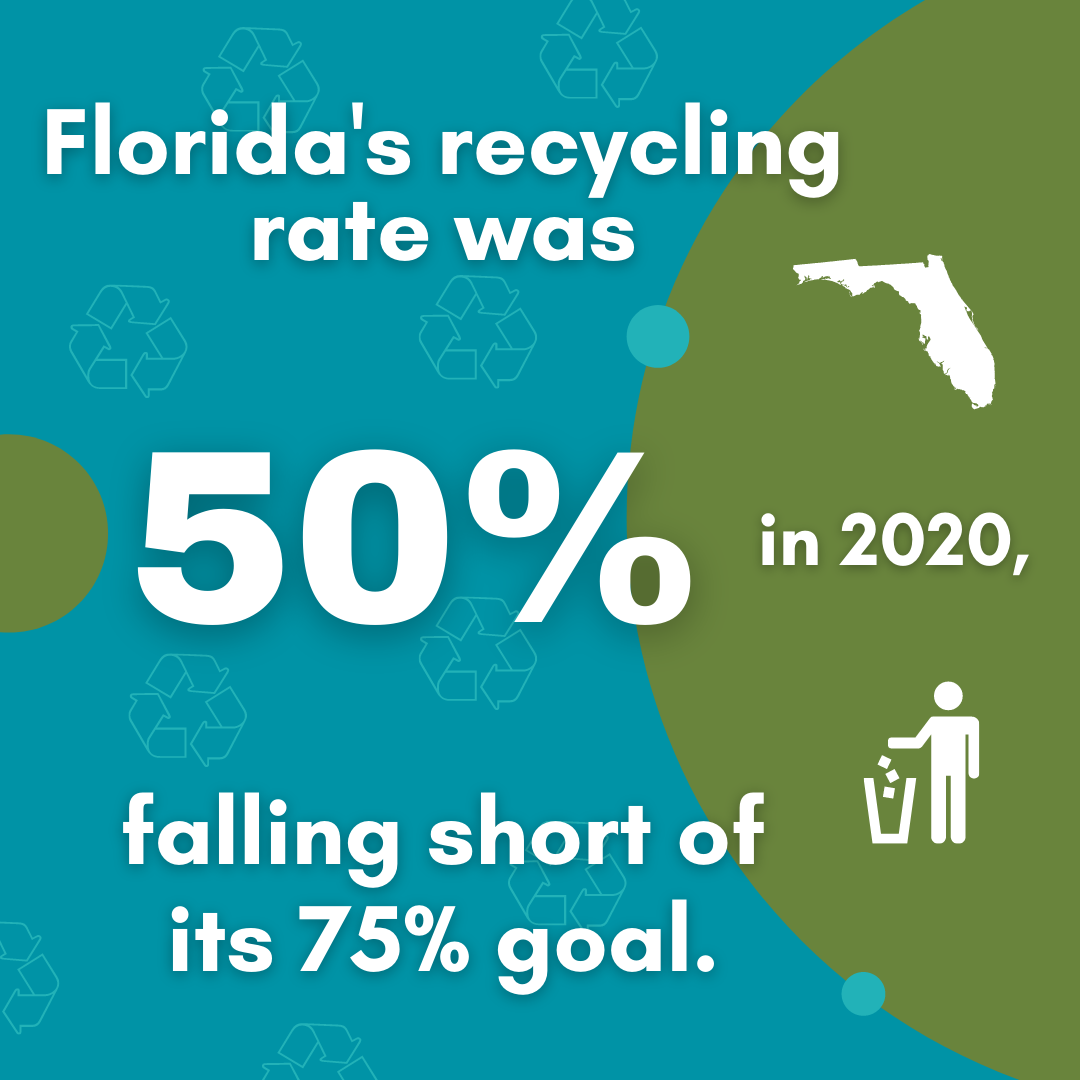 Another bill this session would require the DEP to conduct a study on how to establish a new long-term state-wide recycling goal. HB 935, introduced by Florida State Rep. Daisy Morales (D), would outline requirements for this study and for reporting the information learned to the Florida governor and legislature.

“Now, they’re wanting attention put back on recycling and figuring out what the new goal should be,” McGuire said.

Once set, the new goal would apply to state and local governmental entities, private companies and organizations and the public. Legislators want the new goal to be achieved by 2030 and recommend looking at successful programs in other states for ideas. Using solid waste to generate renewable energy would also count as recycling in the new goal.

In reality, she said, many materials that are recycled are turned into completely new products that are lower quality, a concept that is referred to as down-cycling.

For example, many recycled plastic bags are not reprocessed into more plastic bags, and instead are often used to make composite materials for constructing things like boardwalks on beaches and parks.

“It’s good that there’s a use for these things, but are we actually encouraging people to use more of these single-use products by giving them a positive outcome?” Mcguire said. “There are lots of well-meaning efforts to collect things that are not really recyclable, but those things are often down-cycled or just end up in the trash.” 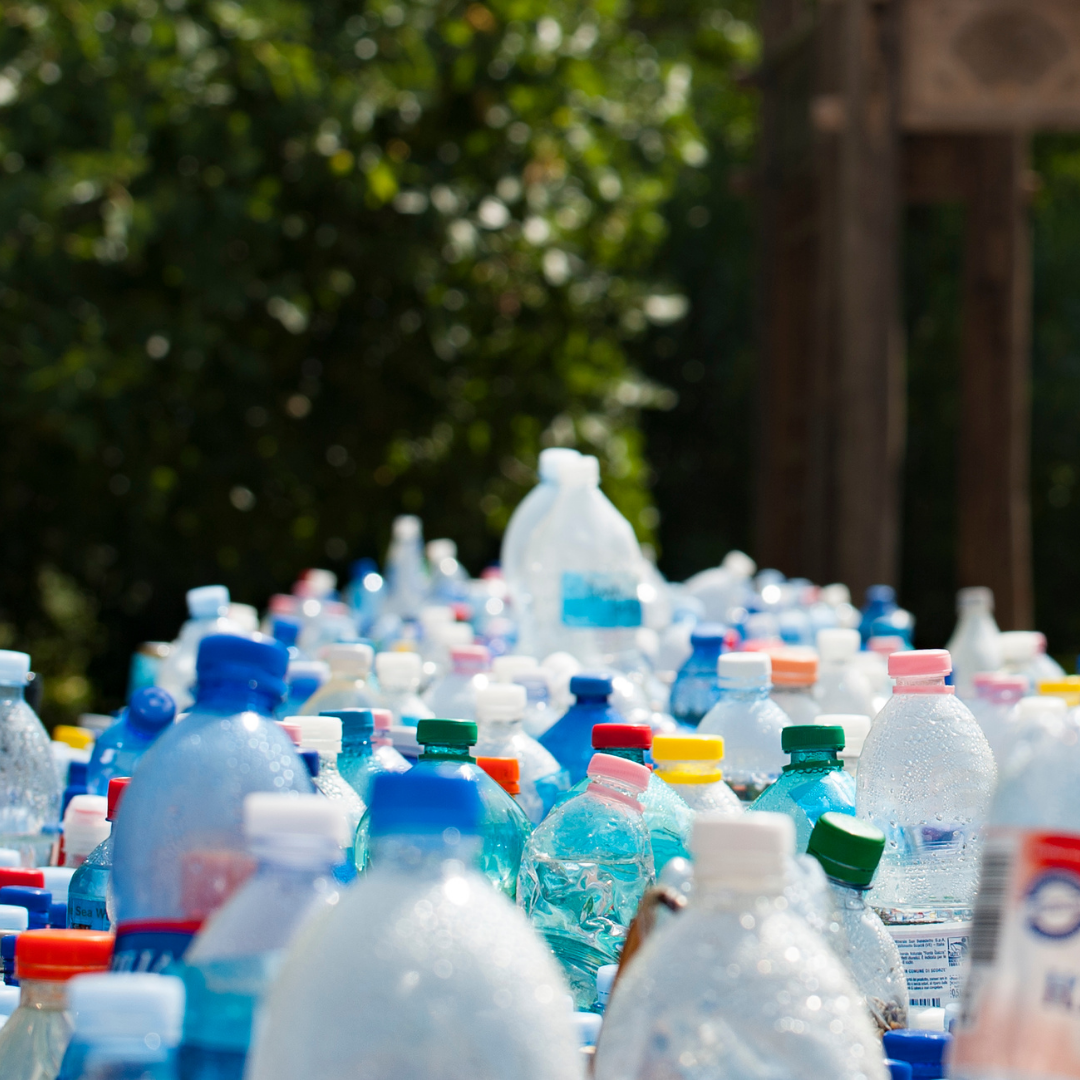 Another similar bill introduced this session would require the development of a comprehensive waste reduction and recycling plan for the state. SB 1156, introduced by Florida State Sen. Linda Stewart (D), is also related to the 2020 75% recycling goal that was not achieved.

This bill would require DEP to develop a three-year plan to accomplish recycling education and outreach, provide recycling assistance, and initiate the development of markets for recycled materials. After the plan’s implementation, DEP would create a report about these activities.

Again, McGuire notes, recycling itself is complicated, making the success of recycling legislation hard to gauge.

Every waste-hauler is different, and every municipality has its own limitations. If a material is not listed as being recyclable, it probably ends up in the trash, McGuire said. Additionally, if you try to recycle an item that is not accepted, you might contaminate the whole batch of recyclables, which will then have to be thrown away, McGuire said.

“There isn’t a one-size-fits-all resource, and it changes all the time,” she said. “You really just have to research your local waste haulers and find out what the local policies are.”

According to Waddle, the best solution to addressing plastics and waste might be through a combined approach: taking individual action by saying no to single-use items and creating systemic change by taking more responsibility off consumers and placing it on industry and the government.

“I think a zero-waste goal would be more holistic and help create a better system of more efficient resource use,” she said.

Per- and Polyfluoroalkyl Substances Task Force 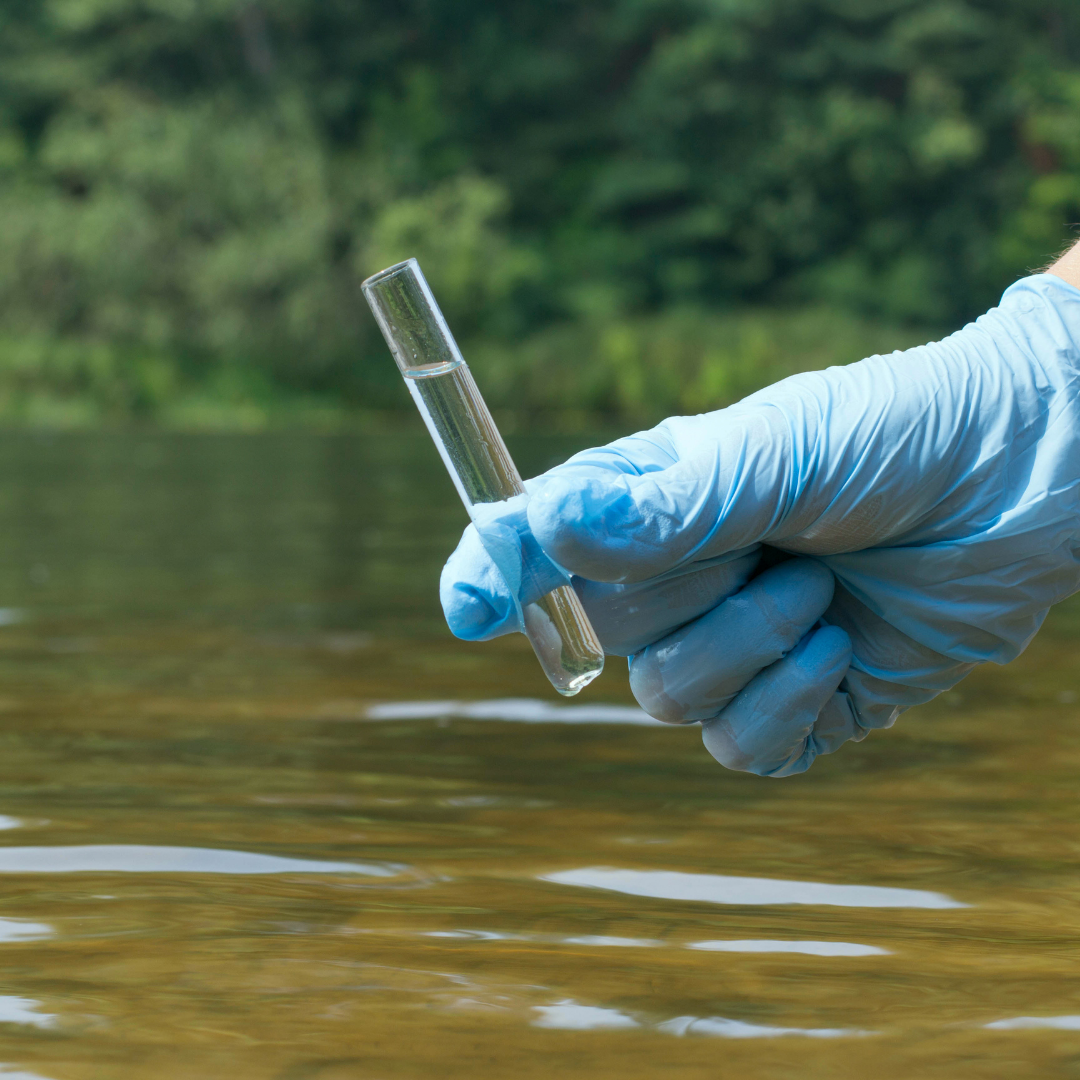 Two identical bills introduced this session would create a task force in the DEP that would develop recommendations for dealing with per- and polyfluoroalkyl substances (PFAS). SB 7012, introduced by the Environment and Natural Resources Committee, and HB 1151, introduced by Florida State Rep. Tyler Sirois (R), also outline when and how the 16 proposed members of the task force should meet and where they would be pulled from — places such as the Florida Department of Health, the National Waste and Recycling Association and more.

PFAS are toxic “legacy chemicals” that last for a long time in the environment and negatively affect ecosystems, animals and humans alike, according to Waddle.

PFAS can often be found in things like single-use food containers that are made from waterproof paper and fiber materials. PFAS can also be found in nonstick coating, firefighting foam, cleaning products and more.

“Unfortunately, landfills and even composting sites often detect PFAS in their facilities, and then that escapes into the waterways, rivers and creeks. So, we really do need to kind of sound the alarm on PFAS to make sure everybody’s aware of them and avoids them, and we do need more studies around them,” Waddle said.

The recommendations from the task force are meant to include ideas about mechanisms for the identification and cleanup of contaminated areas; enforceable regulatory standards for PFAS in drinking water, groundwater and soil; and testing and monitoring of PFAS to protect public health and welfare.

According to WUFT News, “The U.S. Environmental Protection Agency (EPA) has set a safe drinking water standard for PFAS contamination at 70 parts per trillion: an upper limit highly contested by activists and scientists alike.” DEP has also already established target cleanup levels for PFAS in Florida, but some question the current enforceability of these standards.

McGuire said she is disappointed that the bill does not contain more language explicitly related to environmental health.

“This bill is very human-impact focused, and not so much environment-focused,” McGuire said. “But if the concern is on the people, the voters, it’s more likely to get more support.”

While several past bills related to PFAS have failed to pass in the Florida legislature, experts say placing more attention and focus on these chemicals could be a good thing.

“It seems like PFAS is very much an up-and-coming concern,” McGuire said.

UPDATE: SB 7012 was laid on the table, meaning it was set aside and died at the end of the session — however, its contents were substituted by CS/HB 1475, which was enrolled, meaning it has been approved by both the House and Senate and sent to the Governor for approval; HB 1151 died in Environment, Agriculture & Flooding Subcommittee.