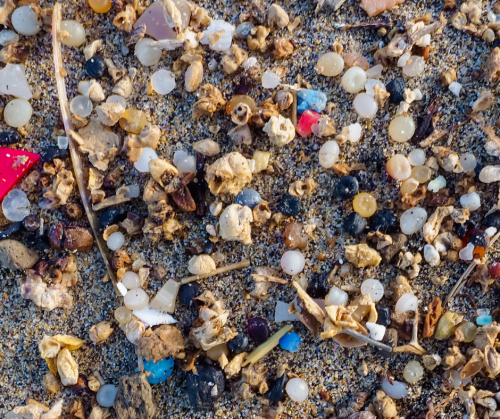 At the beginning of the 20th century, the invention of plastic was hailed as “revolutionary.” It represented one of the first substances that was entirely artificial, not reliant on the products of nature.

Now, its creation has evolved into a 21st-century crisis.

Each time single-use plastic items like bags, straws or cups are incorrectly discarded, it contributes to the widespread plastic pollution that countries are scrambling to remedy. Worldwide, 300,000 million tons of plastic are annually produced, half of which are single-use. And unfortunately, only 9% of plastic waste is actually recycled. Most ends up in landfills, and in 2010 31.9 million tons were either mismanaged or littered in global coastal regions. Some of this plastic pollution has infiltrated marine ecosystems, where it threatens water quality and poses risks to animal and marine life.

When left alone, plastics never really break down; they simply break up into tinier and tinier pieces, eventually becoming what are known as secondary microplastics. Primary microplastics are manufactured for use in products like toothpaste and facial scrubs, although international campaigns are rallying against this. These small bits of plastic are especially dangerous because like all plastics, they don’t break down easily. Because of their size, microplastics can pass through filtration systems and pose problems for aquatic life.

How do we solve this global dilemma? To start, avoiding plastics whenever possible is the most effective solution, said Maia McGuire, associate director for extension and education for Florida Sea Grant and founder of the Florida Microplastic Awareness Project.

Here in Florida, a water-locked state surrounded by vulnerable marine ecosystems, several cities and counties have tried to ban single-use plastics. But the efforts have been unsuccessful, thanks to a state preemption that prevents local governments from passing such measures.

“If the proposed legislation passes, it will allow the local municipalities to impose their own restrictions on whether bags, straws and foam containers should be permitted,” McGuire said.

The sentiments in these bills have been proposed in past sessions (2019 and 2020), but they died in committee both times: “Once in Community Affairs and the other in the Business and Professions subcommittee,” McGuire said.