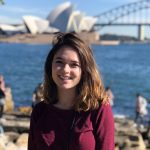 Creative B: Science and Me – Teaching Assistant, Summer 2020

Lianne D’Arcy is a senior at the University of Florida studying journalism with a concentration in environmental science and a minor in nonprofit management. At TESI, Lianne crafts engaging posts for the Institute’s Know Your Florida Instagram account and contributes content to the Earth to Florida newsletter. Lianne also interns with the Alachua Conservation Trust and is a Spring 2020 Bob Graham Center for Public Service Civic Scholar. In the future, she hopes to combine her passion for writing and love for the environment through her skills in science communication.

After her time at the Thompson Earth Systems Institute, Lianne will be working full-time at Alachua Conservation Trust as their community outreach coordinator.

The Story of Science and Me: Using Video to Share Scientist Journeys

As global temperatures remain on the rise it’s becoming increasingly important to safeguard the wellbeing of our livestock. 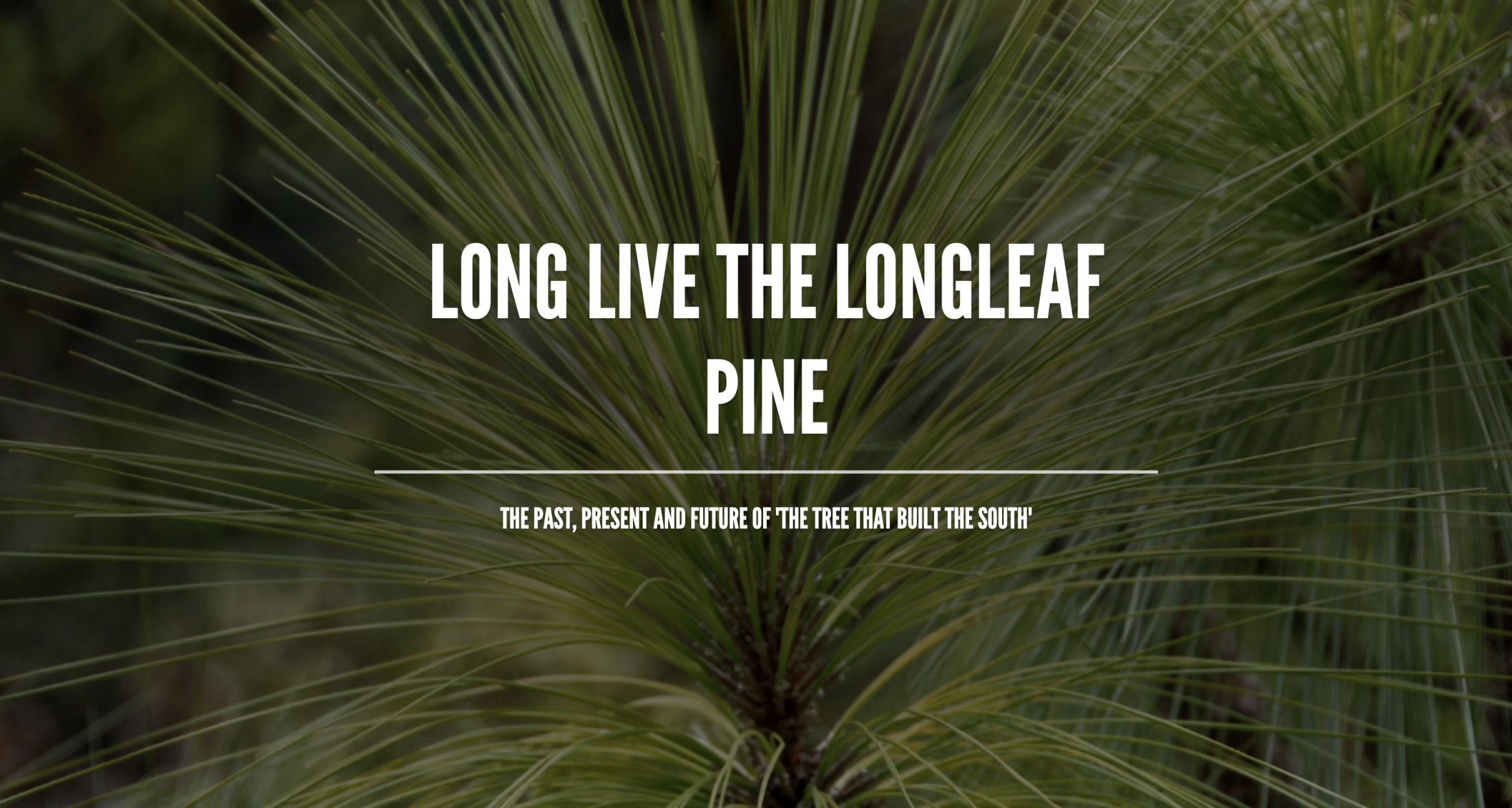 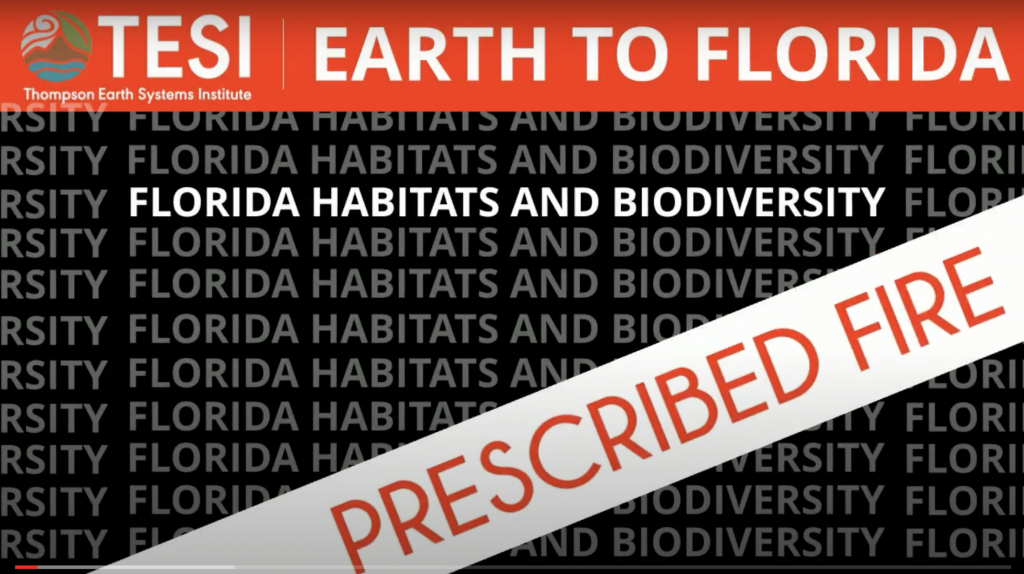 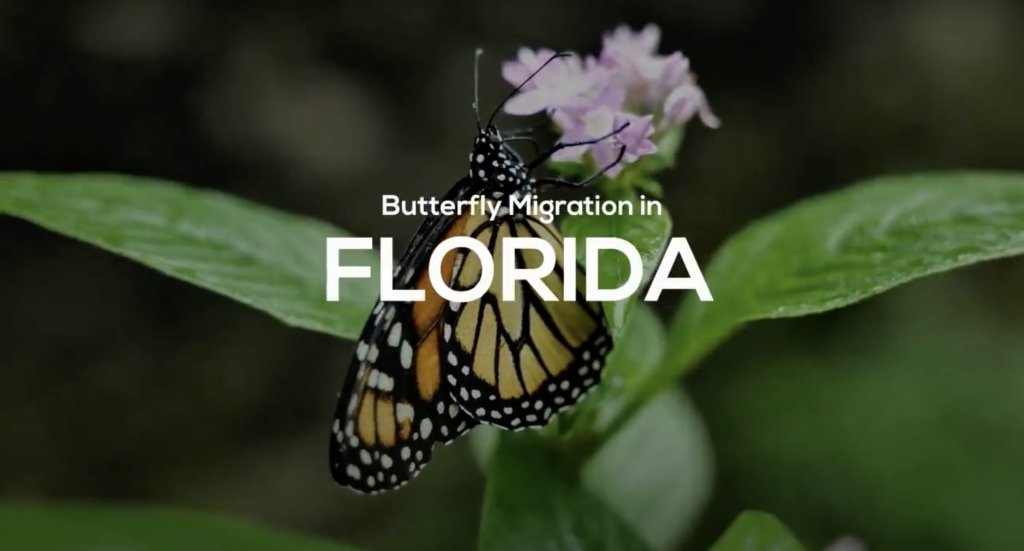 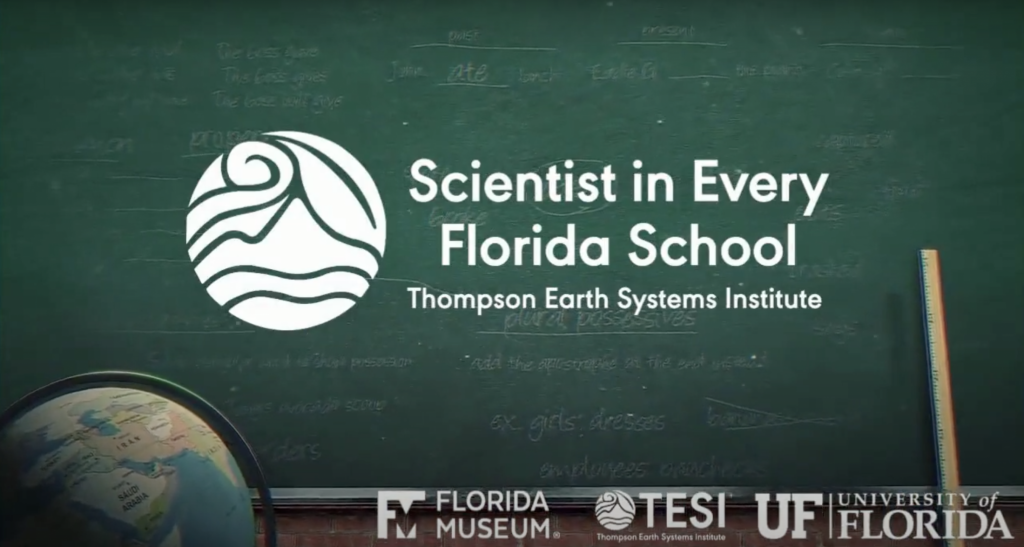 The Insect Effect: Insect Decline and the Future of Our Planet Campaign 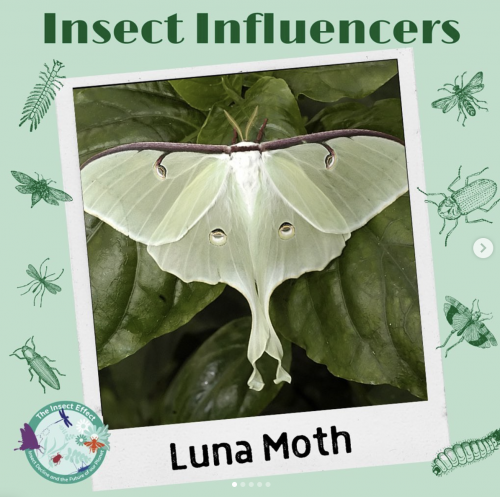 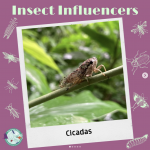 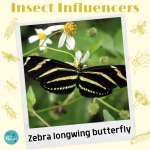 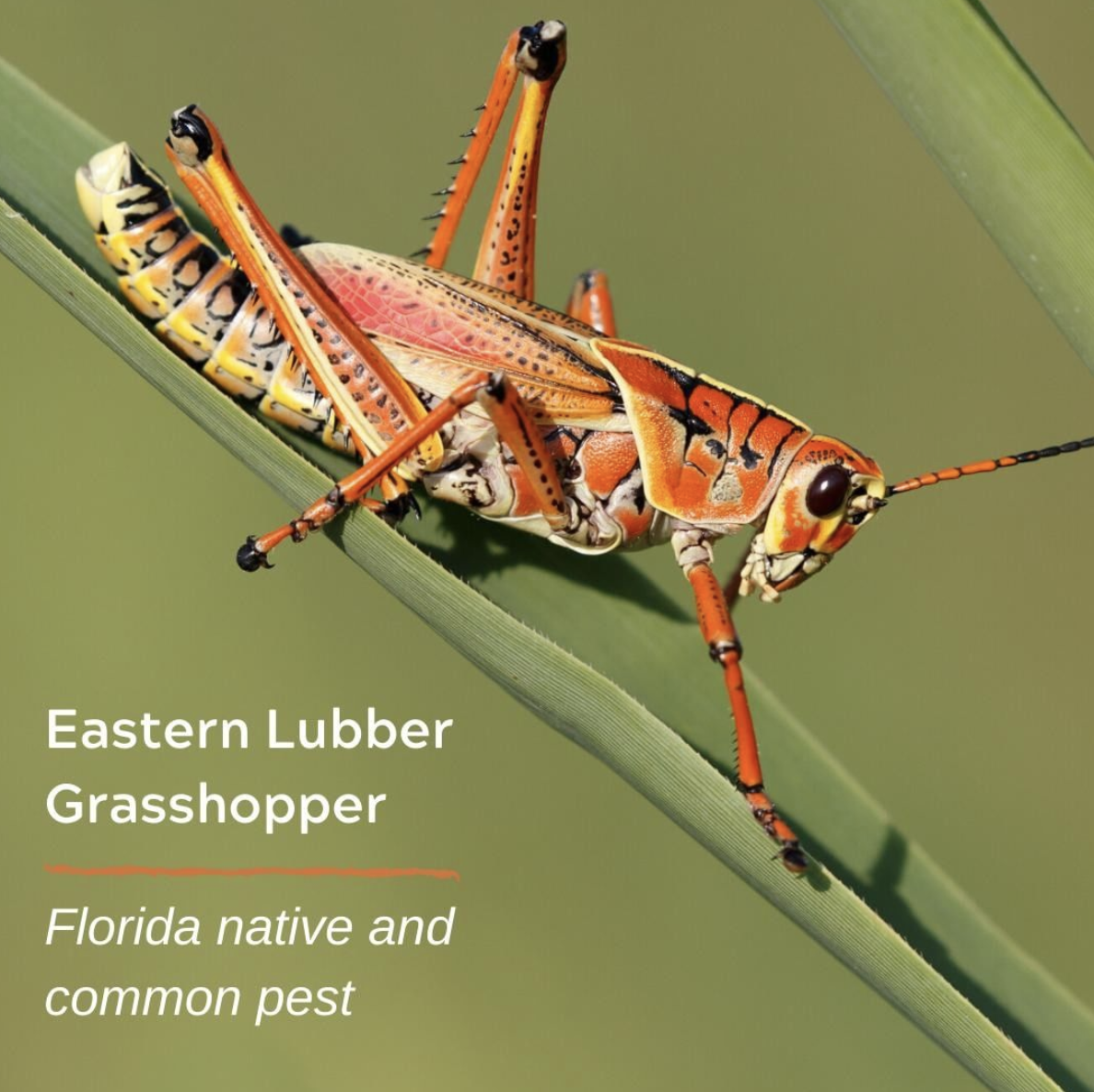 The eastern lubber grasshopper, typically yellow and tawny with black accents, is infamous for its damage to citrus crops, vegetable fields and landscape plants. Colorful and flightless, they’re commonly known as massively destructive garden pests among Floridians due to their summertime population explosions and subsequent damage to crops. Females of this large grasshopper can reach up to 90 mm in length (3.5″) and only produce one new generation each year. These grasshoppers are also popular for educational insect dissections in school labs. Info from the University of Florida Institute of Food and Agricultural Sciences and the Florida Department of Agriculture and Consumer Services. Image by Don Burkett (CC BY-NC-SA 2.0). #Florida #KnowYourFlorida #FloridaWildlife #Nature #Grasshopper #Pest #FloridaInsects 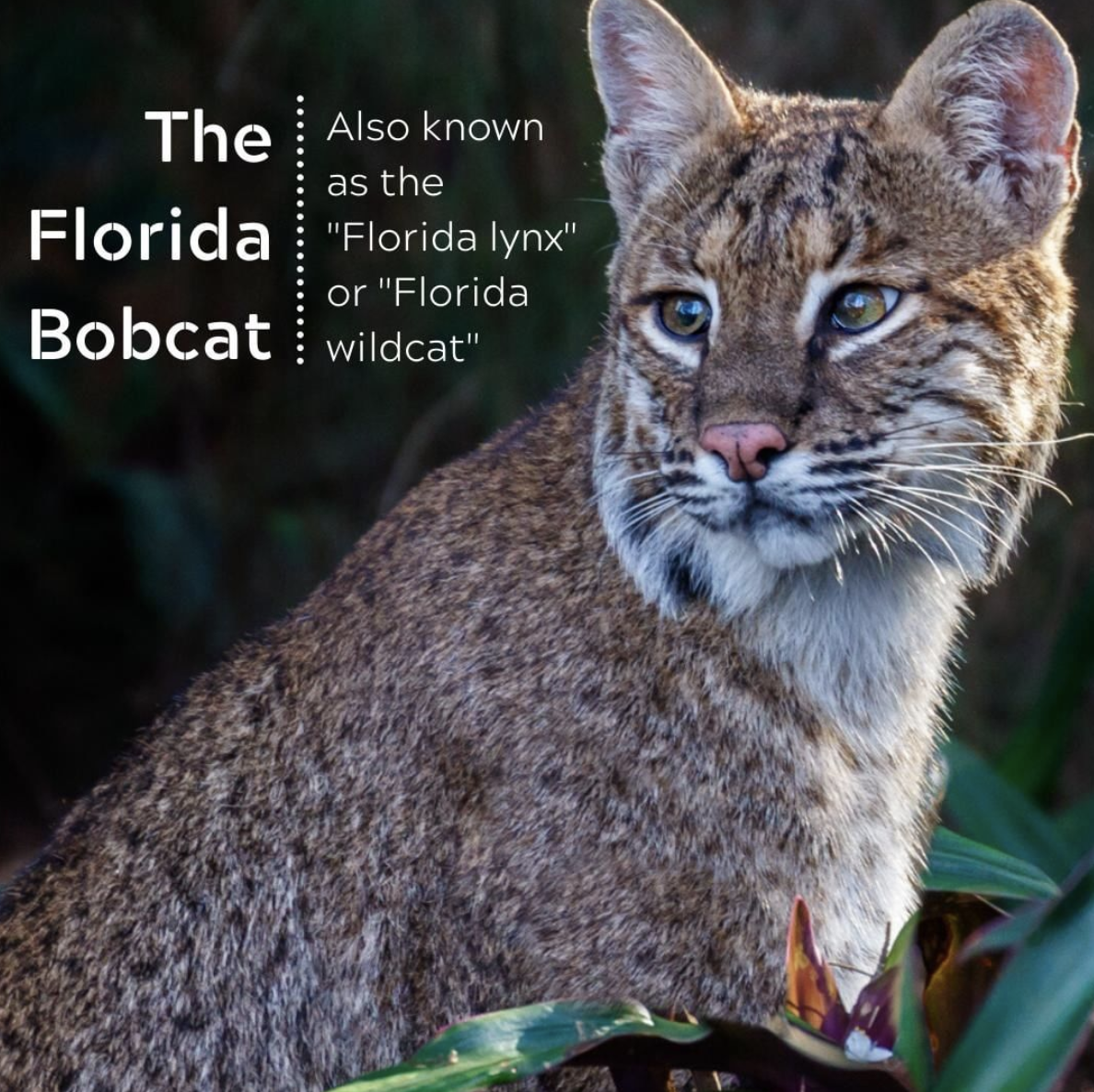 From the deep forests of North Central Florida to the swamplands of the Everglades, Florida bobcats can be found all throughout the state. At twice the size of a housecat, bobcats can be easily identified by their ‘bobbed’ tail, triangular ears and large facial tufts. Territorial and solitary, most Floridians have never seen a bobcat. The cats are opportunistic carnivores, meaning they eat what they can catch. While they prefer rabbits and rodents, they’ll also eat reptiles, birds, deer, and small livestock on occasion. Though some attacks on humans have been documented, bobcats are generally not aggressive towards people unless they are sick or injured. Info from the University of Florida Institute of Food and Agricultural Sciences, Floridian Nature and the Florida Fish and Wildlife Conservation Commission. Image by Don Burkett (CC BY-NC-SA 2.0). #Florida #KnowYourFlorida #Cat #FloridaBobcat #FloridaNature #WildFlorida #Bobcat 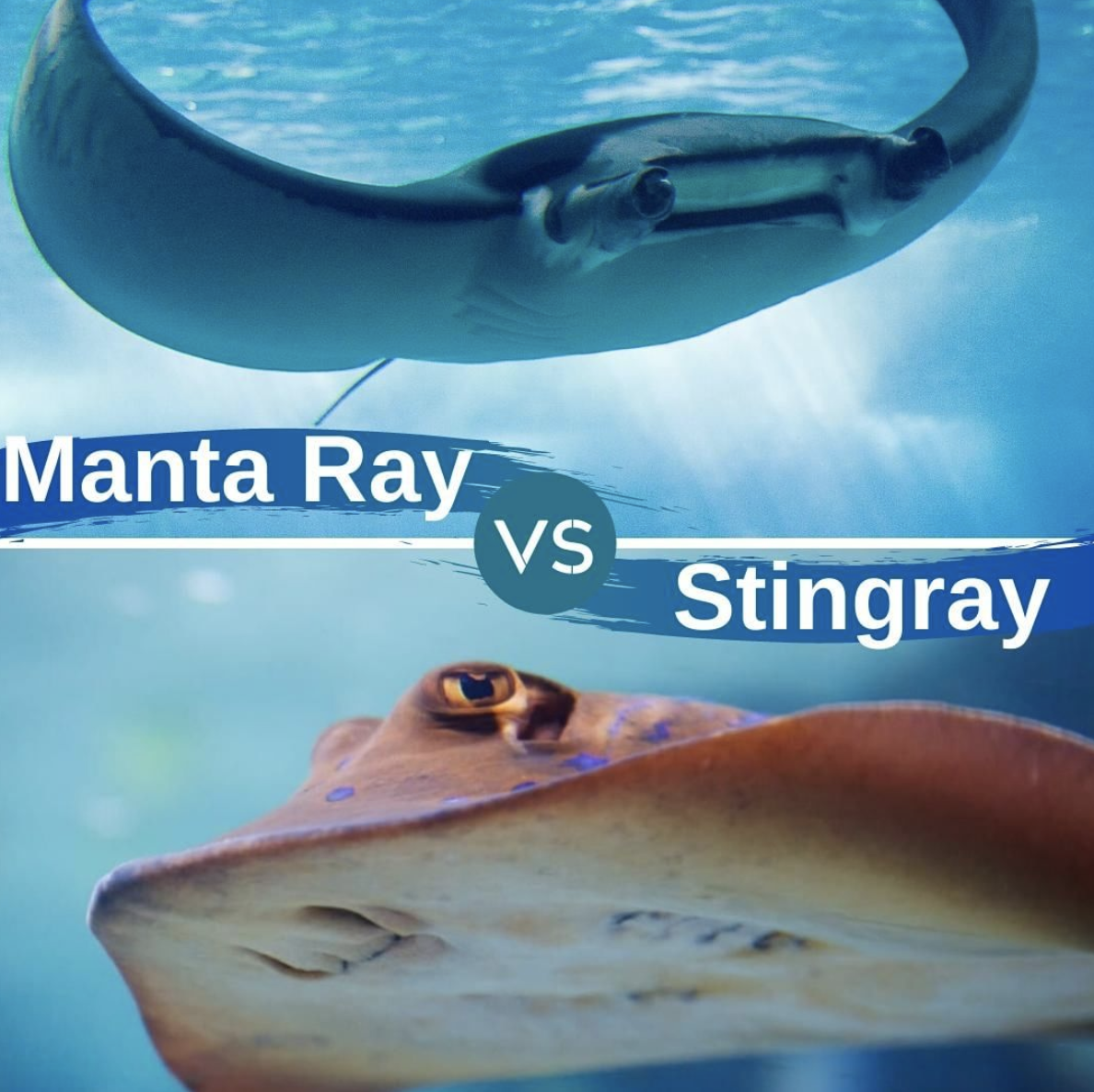 Though both members of the class Chondrichthyes (which also includes sharks!), there are several key differences between stingrays and manta rays. They are very similar in body shape, manta rays lack the infamous, defensive barb on their tails that stingrays possess. Manta rays also have large mouths located on the front end of their bodies, which they use to filter feed throughout the water column. In contrast, stingrays have their mouths located underneath their bodies, which they use to consume prey along the ocean floor from Marine Sanctuary and MantaPacific. Manta ray image from Wikimedia user Moesmand (Public Domain Mark 1.0) and stingray image from peakpx (CC0 1.0). #Florida #KnowYourFlorida #FloridaWildlife #FloridaNature #Ray #Stingray #MantaRay 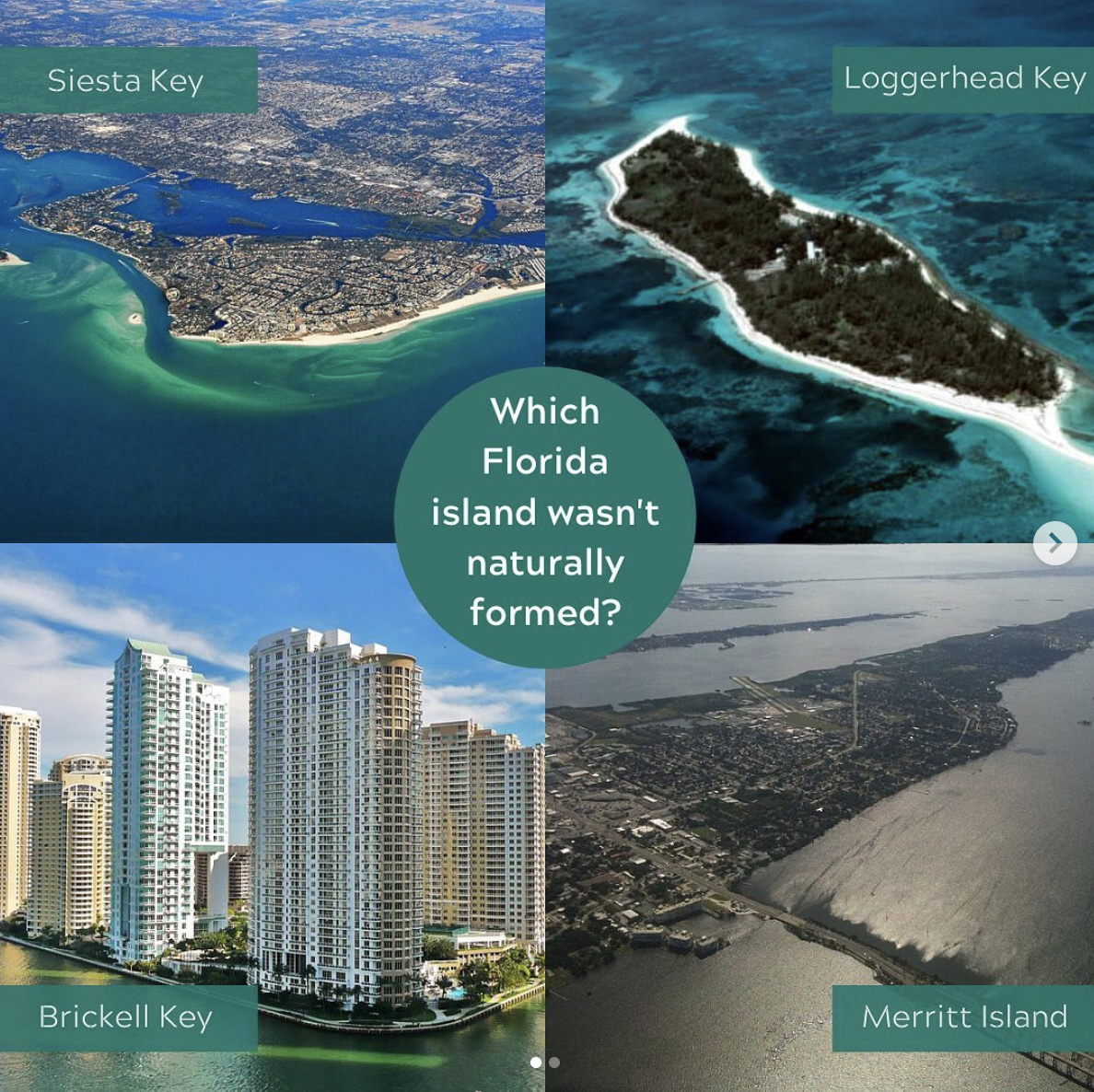 Can you tell which of these Florida islands wasn’t naturally formed? Between Siesta Key, Loggerhead Key, Brickell Key and Merritt Island, one of these isles was artificially constructed by humans, rather than formed by natural means. Can you tell which one? Swipe to find out! . . . . . Congratulations if you guessed correctly! Brickell Key began its formation in 1896 as a series of spoil piles created by dredging in the Miami River. Initially considered a nuisance by the Brickell family, who wanted to dismantle the spoil piles, the land was eventually auctioned for development in 1916. The Claughton family acquired the land in 1943, and in the late 1960s they expanded the island to 44 acres and its current iconic, triangular shape. Though they named the island “Claughton Island,” it eventually became known as “Brickell Key on Claughton Island,” which it goes by today. Info from BrickellKeyMiami and Miami-History. Brickell Key photo by Marc Averette (CC BY 3.0), Siesta Key photo by Pixabay user Sandra1599 (“Pixabay License”), Merritt Island photo by Sallicio (Public Domain Mark 1.0), Loggerhead key photo by Flickr user Florida Memory (No Known CopyRight Restrictions) 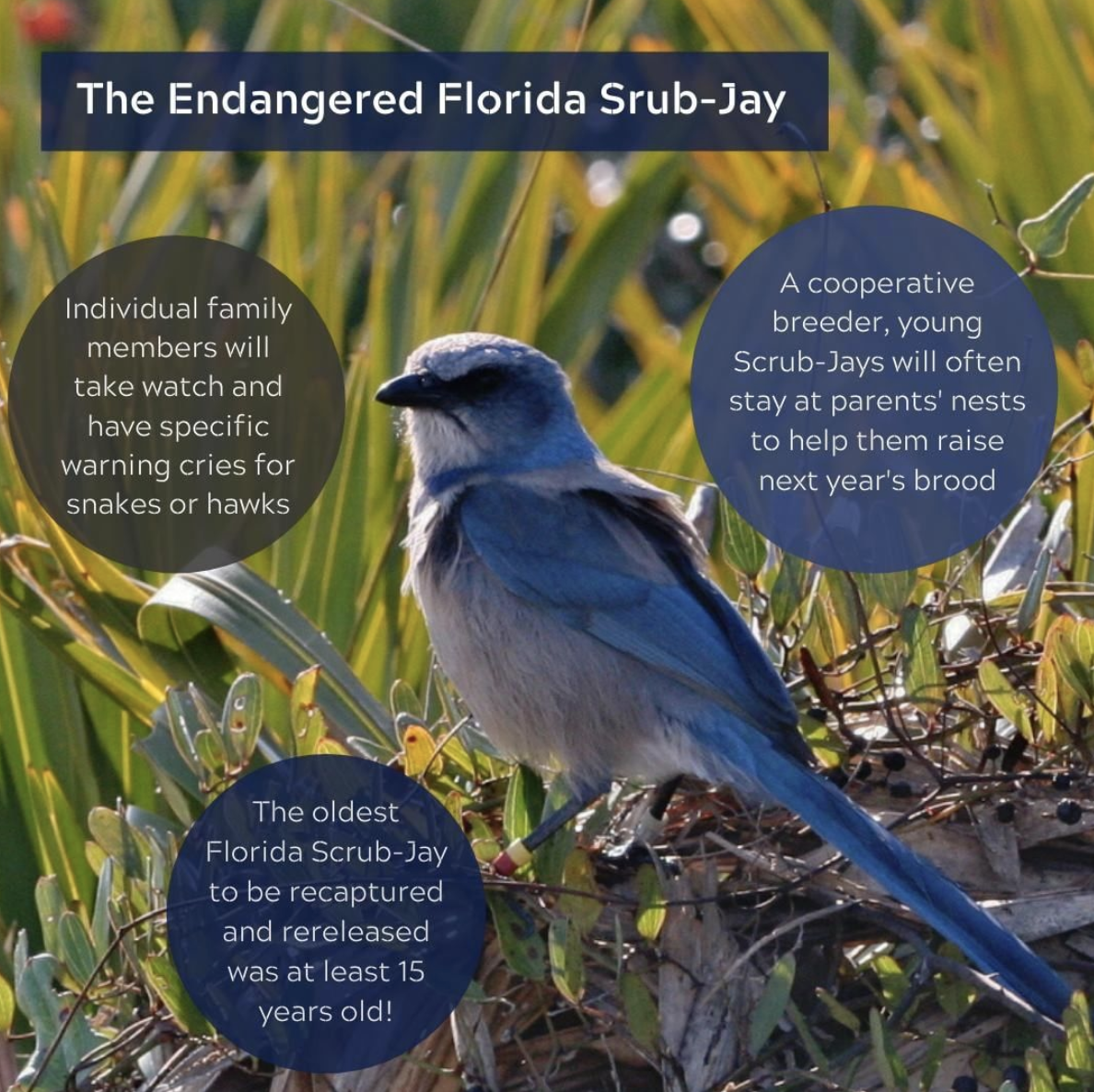 The endangered Florida Scrub-Jay is the only bird species to live exclusively in Florida. Sporting blue and gray feathers, these small songbirds can most often be seen perched above shrubs or hopping along roadsides. Highly faithful to their home range, the birds rarely move away from the small and scarce habitat of the Florida scrub. Florida Scrub-Jays have also been the subject of multiple field studies due to their complex social behaviors and extended family groups. Info from All About Birds and the Audubon Society. Image by Mary Keim (CC BY-NC-SA 2.0) #Florida #FL #KnowYourFlorida #FloridaScrubJay #Audubonsociety #Audubon #Floridabirding #FloridaWildlife #scrubjay #birdsofinstagram 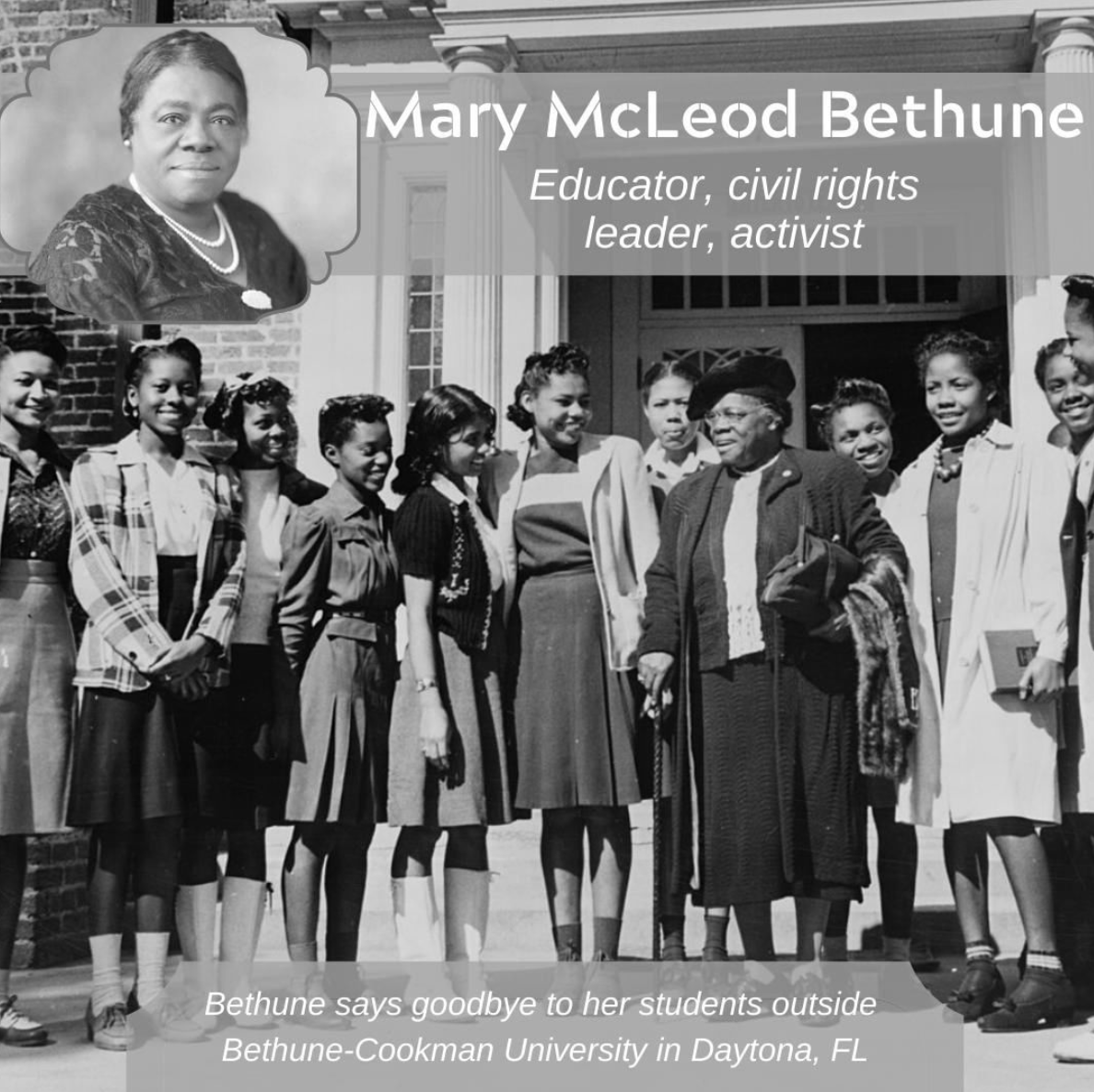 As a world-renowned educator; presidential advisor; and civil and human rights activist, Mary McLeod Bethune’s impact on Florida history will forever be remembered. Bethune was the first person in her family born free and the only one to receive a formal education. She went on to establish and preside over multiple civil rights groups, women’s groups, and educational centers. Her dedication to educating young girls of color contributed to the creation of what is now called Bethune-Cookman University in Daytona Beach. As a civil rights advocate and leader of women, Bethune is widely considered to be a champion of racial and gender equality. Both her home and gravesite lie within her namesake university campus in Daytona Beach, Florida. Info from WomensHistory.org, Cookman.edu and NPS.gov. Portrait from Flickr User Washington Area Spark (CC BY-NC 2.0) and University photo from the United States Library of Congress (Public Domain Mark 1.0) #Florida #KnowYourFlorida #MarymMcleodBethune #BethuneCookman #BethuneCookmanUniversity #WhiteHall #HistoricFlorida #Historic

Creative B: Science and Me – Teaching Assistant, Summer 2020 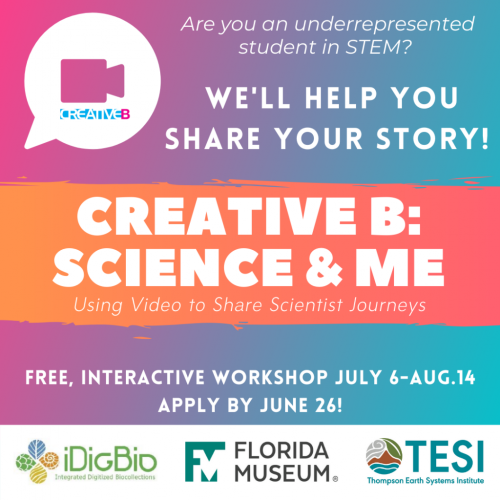