The Story of Science and Me: Using Video to Share Scientist Journeys

There is a secret storyteller in all of us. And this summer, the UF Thompson Earth Systems Institute, Florida Museum of Natural History, and iDigBio brought together a diverse group of scientists to participate in a new workshop: “Science and Me: Using Video to Share Scientist Journeys.” Funded by the University of Florida’s Creative B Summer Program, this workshop helped young, underrepresented professionals use science communication strategies to develop and produce short videos that share their scientific journeys, and unearth the secret storytellers within.

A lack of diversity in science

“I came here from Nigeria for more opportunities. But while I felt there were more opportunities, it was like they weren’t FOR me. They’re there, but they’re not equally exposed. As if they don’t want you to see yourself in that program, that field. This workshop, I finally felt like something was FOR me.” -Tolulope Ajayi

There is a clear lack of diversity in science. According to Data USA, in the United States, over 55% of medical scientists, life scientists and all other scientists are white (Non-Hispanic). That’s a problem.

According to Kenneth Gibbs, a writer at The Scientific American, diversity in science is critical to excellence. A broad range of solutions can only come from a broad range of perspectives, and without a proper melting pot of ideas, science can only go so far.

So when asked what he hoped audiences would gather from his scientific journey and final Science and Me video, DeVant’e Dawson simply said: Black boy joy.

“Creative B really helped me narrow down what actually caused me to reach this point in my life,” DeVant’e continued. “I wanted to see more Black marine biologists. And I wanted to be a Black scientist other kids could look up to, someone they see themselves in.”

Because of the lack of diversity in science, there is a huge gap between the general perception of scientists and the reality behind them. To cross this chasm, Science and Me called together all kinds of student scientists to help share their journeys. Participants identifying as minorities, members of the LGBTQ+ community or any other underrepresented group in the sciences were highly encouraged to apply to participate. By allowing these scientists to captain the ship of their own stories, the workshop aimed to highlight diverse perspectives within the scientific field and shift the idea of what a scientist should look like.

“Before we can increase diversity in science, we need to change perception of science itself,” DeVant’e said. “We need to show who’s actually out there, how they got there, and that other people are capable of doing it too. That’s what this workshop is doing.”

To captain the ship of your own story

Close your eyes and picture a scientist. What do they look like?

It’s easy to get swept up in a single vision when it comes to science and research. Most picture white lab coats, oversized goggles and gloved hands. But this traditional narrative of a scientist doesn’t accurately reflect the realities of those in the field.

In reality, scientists look like Shaimaa Elbalkiny, Egyptian international student and Fulbright scholar, researching how differences in one’s genetic makeup can impact how drug treatment is received by the body. Scientists look like Jacqueline Aenlle, a Cuban Ph.D. student, who studies the use of communication technology for agricultural outreach. In short, a scientist looks like anyone who’s curious enough to pursue their questions.

By allowing participants to take control of their own story, and share their own narratives, Science and Me aims to showcase the diverse stories of all kinds of science, and all kinds of research.

Whether participants were reflecting on their journeys for the first time or looking at themselves in a new light, Science and Me pushed them to gain authorship over their identity as a scientist and communicate that story effectively.

“The workshop changed the narrative I was already sharing,” said Aenlle. “I became more confident in my identity as a woman scientist, as a social scientist, and began to showcase that more. It made me excited to share that side of myself.”

The significance of science communication

Science communication bridges the gap between the lab and action. With proper science communication skills, researchers more effectively articulate their work and ideas in an easily digestible way. This allows public audiences and decision makers to better use science to enact positive change.

Through weekly, virtual instruction, Science and Me helped participants develop new science communication skills. Group activities and individual assignments helped the scientists practice defining an audience, rewording jargon and crafting impactful narratives. Meetings ranged from group calls to one-on-one office hours, where participants could hone their stories and how they wanted to convey them.

Shahrzad Bodaghi, Science and Me participant and Iranian Ph.D. candidate at UF’s Horticultural Sciences Department, said “From the workshop, I learned how to motivate others how to get into and understand science. I can finally connect with my family members and loved ones about what I do, and how I serve the world. And I think science communication is all about building those connections.”

Each Science and Me participant was issued video filming equipment in a COVID-19 safe pickup or delivery process, and filmed their scientific story with skills learned during the workshop. Videos ranged from playful songs to personal narrative, and each demonstrated newfound science communication skills and highlighted personal journeys to becoming a scientist.

You can learn more about the workshop participants and view their videos as they are published here. 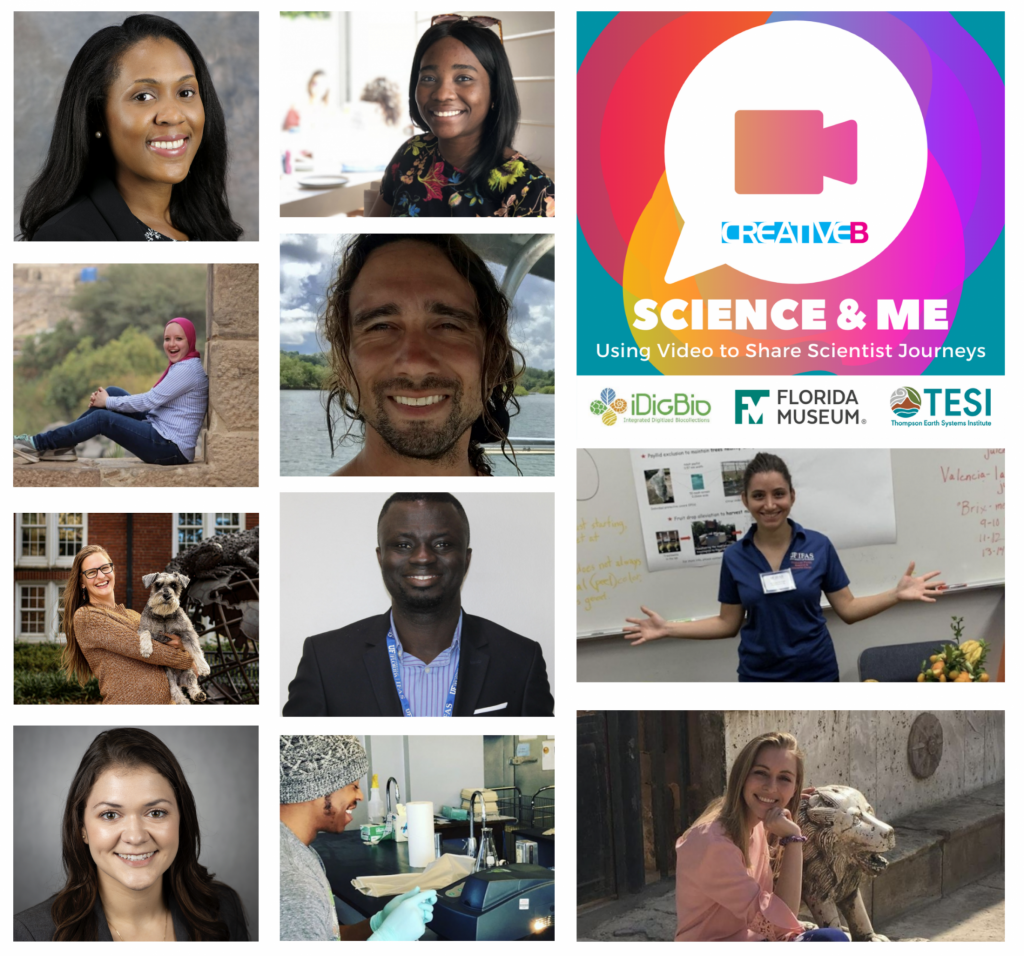