The Florida legislative session began March 5 and will conclude on May 3, 2019. During this time, Florida lawmakers meet to draft and vote on legislation and set state policies on issues such as taxation, education, government spending and the environment.

In January, Gov. Ron DeSantis signed an executive order calling for $2.5 billion over the next four years to help restore the Everglades, protect Florida’s water resources, and establish an algae bloom task force.

Whether the initiatives will be funded remains to be seen. Some Florida lawmakers are pushing for competing environmental bills, and House budget chief Travis Cummings (R-Orange Park) said his chamber’s early spending plan is about $250 million short of what DeSantis is asking for.

Alyson Flournoy, a professor at the University of Florida Levin College of Law, focuses her research on the design of legislation to protect natural resources. She is hopeful that the executive order will inspire bipartisan action.

“Governor DeSantis deserves a lot of credit for looking at water issues on the merits, without considering it as a partisan issue as so many politicians seem to feel compelled to use,” Flournoy said. “His comments make clear that he sees that protecting water quality is important for Florida’s citizens and its economy as well as for natural systems and species. And he’s backing up that understanding of the issue with serious funding requests.”

Read the executive order at the following link: Executive Order 19-12

Among the initiatives outlined in the order was the appointment of a chief science officer to coordinate and prioritize scientific data, research, monitoring and analysis needs to ensure alignment with current and emerging environmental concerns most pressing to Floridians. On April 1, Gov. DeSantis appointed Thomas Frazer, director of the University of Florida School of Natural Resources and Environment, as the state’s first chief science officer.

On April 3, the Florida Senate unanimously passed a $90.3 billion budget plan for next fiscal year, which begins in July. DeSantis asked for $625 million to go toward efforts outlined in his executive order. The Senate’s bill is higher, at $656 million.

On April 4, the Florida House passed an $89.9 billion budget which included $660 million for water and Everglades issues —$127 million specifically for Everglades restoration and $100 million to restore Florida’s springs.

Lawmakers in both chambers will now work together to pass a final budget.

2. Single-use plastics bans up for debate

It is well documented that single-use, disposable plastic items pose a threat to our oceans and wildlife. Florida is one of 11 states that currently prohibits local governments from placing bans on plastic bags or foam take-out containers, something known as a “preemptive ban.” Cities that impose such bans run the risk of getting sued, as was demonstrated with the city of Coral Gables when it became the first city in Florida to ban plastic bags.

Maia McGuire, UF/IFAS Extension Florida Sea Grant agent in St. Johns and Flagler counties, explains that in 2008 the state ordered the Florida Department of Environmental Protection to conduct a study about the need and value of a statewide ban on these items. The DEP concluded the study in 2010 and made recommendations to the state.

“The state has so far not acted on any of those recommendations and the preemptive ban remains in place,” McGuire said.

This legislative session, several bills have been filed dealing with the regulations of single use plastics. See below for a summary of each:

Some of the introduced bills (SB 88, HB 6033, SB 502 and SB 694) hope to remove the state’s preemptive ban and allow local governments to enforce their own regulations on single-use plastic items.

Another bill (SB 588) was amended to expand the preemptive ban to include plastic straws. HB 603 would authorize restaurants to only give out plastic straws upon request, while also preventing local municipalities from imposing stricter rules than this on straws. In other words, local governments would now be prohibited from banning plastic bags, Styrofoam take out containers and plastic straws. Finally, additional bills (HB 853, SB 672 and HB 3415) are working to provide economic incentives for recycling programs.

McGuire, who is founder of the Florida Microplastics Awareness Project, said that although it is still too early to see what will result from the legislation regarding single-use plastics, it is never too late for us to change our habits.

Visit the following link to learn about eight steps you can take to reduce your plastic footprint: 8 Ways to Reduce Plastic Waste

Take the pledge to do your part to keep our oceans clean from plastics: bit.ly/plasticpledge 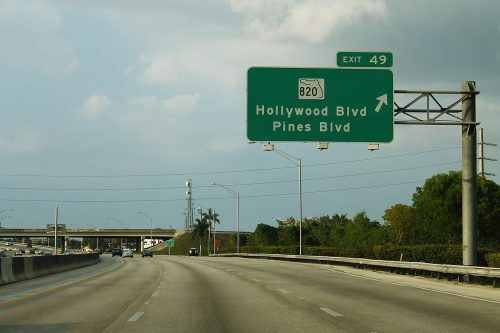 Senate president Bill Galvano (R-Bradenton) is seeking $75 million to plan the biggest expansion of Florida’s highway network since the establishment of the Florida turnpike. The new system would extend the Suncoast Parkway to the Georgia border, add a new road stretching from the ranches and citrus groves of Polk County to Collier County, and extend the turnpike by 30 miles where it connects to I-75.

Those opposing the legislation worry the new roads will only encourage more development, putting more stress on Florida’s natural ecosystems. Supporters of the bill say the roads will bring new jobs and help alleviate bottlenecks that exists when large-scale hurricane evacuations are underway.

Prior to the construction of a new highway, an environmental impact assessment must be completed to assess the affects it might pose to wildlife. Wildlife crossings are one method the state has been using to alleviate these impacts.

House leaders are supporting Galvano’s push for the expansion and the effort is poised to gain lawmakers’ approval. The expansion would require $45 million in the proposed $90 billion state budget, which is currently in negotiations with the House and Senate.

4. Septic to Sewer in the Indian River Lagoon

Excess nutrients, particularly nitrogen and phosphorous, can promote algae growth which in turn can suffocate seagrasses that are needed to sustain marine life. In Florida, these nutrients enter our waterways through various pathways such as runoff from farm land where fertilizer is applied or where manure collects from animals, from urban stormwater runoff and from septic tank leakage. A Florida Today analysis of city, county, and state databases and recent scientific research found that, in the Indian River Lagoon, septic tanks contribute to an estimated 2 million pounds of nitrogen annually into the waterway.

Sen. Gayle Harrell (R-Stuart) filed bill SB 368 which would lead to spending $50 million annually on Indian River Lagoon restoration projects, such as connecting septic tank users to central water systems. The money would be pulled from Florida’s Land Acquisition Trust Fund, which is currently used for Everglades and springs restoration projects. Rep. Randy Fine (R-Palm Bay) has filed a similar bill, HB 141 that would allocate money from the fund to extend sewer lines to neighborhoods that do not currently have access to sewer systems.

Andrea Albertin, a UF/IFAS Extension agent, is working to educate homeowners about proper septic tank management and best practices. She explains that Florida’s sandy soil, wet climate, and porous karst or swiss cheese-like, landscape can make it difficult for wastewater to be properly treated in the septic drain field in some locations, and excess nutrients can end up in rivers, lakes, springs and estuaries.

“But, if septic tanks are well maintained and properly sited, or located on the right soil, then there is less of a chance that contaminants will make their way to local waterways,” Albertin said. “However it’s important to remember that traditional septic tanks are not designed remove nitrogen. A conventional septic tank removes only about 30 percent of the nitrogen that comes into it.”

Albertin added that in some areas of Florida, particularly rural areas, a sewer connection isn’t always cost effective, or possible. Regardless of the outcome of the proposed legislation, , there are several steps you can take as a homeowner to maintain your septic system and reduce your septic tank’s effect on the environment.

For more information, or to find out if you have a septic tank, visit: How Your Septic System Works

Every year, Floridians produce approximately 340,000 dry tons of domestic wastewater biosolids or the solid byproduct that accumulates in the wastewater treatment plant. A significant portion of the state’s biosolids are used to fertilize beef cattle pastures around the upper St. Johns River, in Indian River and Brevard County. The remainder is landfilled.

A new bill (HB 405) sponsored by State Rep. Erin Grall (R-Vero Beach) would prohibit the disposal of biosolids on fields in this area. Supporters of the bill say the runoff from the fields contain excess nutrients, particularly phosphorous, which could be partly to blame for the blue-green algae bloom in the headwaters of the St. Johns River last year. The disposal of biosolids as fertilizer is currently banned in the Lake Okeechobee, St. Lucie River, and Caloosahatchee River watersheds, which bill supporters say is part of the reason the practice has increased further north.

Maria Silveira, associate professor of soil fertility and water quality at the UF/IFAS Range Cattle Research and Education Center, said banning the practice might not be the best way improve water quality. Unlike commercial fertilizers, Silveira said, biosolids release nutrients more slowly, improving the nutrient uptake by plants, which can reduce the environmental risks associated with nutrient runoff to lakes and rivers.

“From an environmental perspective, biosolids, if used properly, can have less impact than traditional fertilizers on water quality,” Silveira said, adding that state resource managers still do not know if biosolids application is solely to blame for the algae bloom. “There might be other sources of pollution that are causing water quality degradation in this particular basin.”

Even if the practice is banned in the upper St. Johns River, Silveira explained, the waste still needs to go somewhere.

“If it’s banned, they will force municipalities either to landfill this material, which can also cause a lot of other environmental problems, or to dispose it somewhere else in the state. We would have major problems dealing with this material in the future,” Silveira said.

Silveira acknowledged that if not applied properly, biosolids do pose a risk to soil, air and water quality. Last year, in response to growing opposition to biosolids application, the DEP formed the Biosolids Technical Advisory Committee to evaluate the current management practices and regulations that govern the application of biosolids. After four public meetings that included representatives from environmental groups, utility companies, waste haulers, university researchers and consultants, the committee recommended several actions to the state. The meeting recommendations and presentations can be found at the following link:  DEP Biosolids Technical Advisory Committee Meeting Notes and Recommendations

Now that you’re briefed on the legislation affecting Earth systems this session, visit our post, “How to Educate Your State Legislators,” to learn best practices for voicing your opinions.