This tiny Miocene browsing horse was about the size of a collie. It co-existed with the grazing horses that were diversifying throughout the drier open savanna habitats of this time.

Archaeohippus fossils are found in Nebraska, Oregon, California, and Florida. Species in this genus lived from 21-13 million years ago.

Were all fossil horses larger than their ancestors?

Though many horses became larger than their ancestors, Archaeohippus actually became quite a bit smaller! Archaeohippus descended from the larger Miohippus. Nannippus is another example of a horse that was smaller than its ancestors. 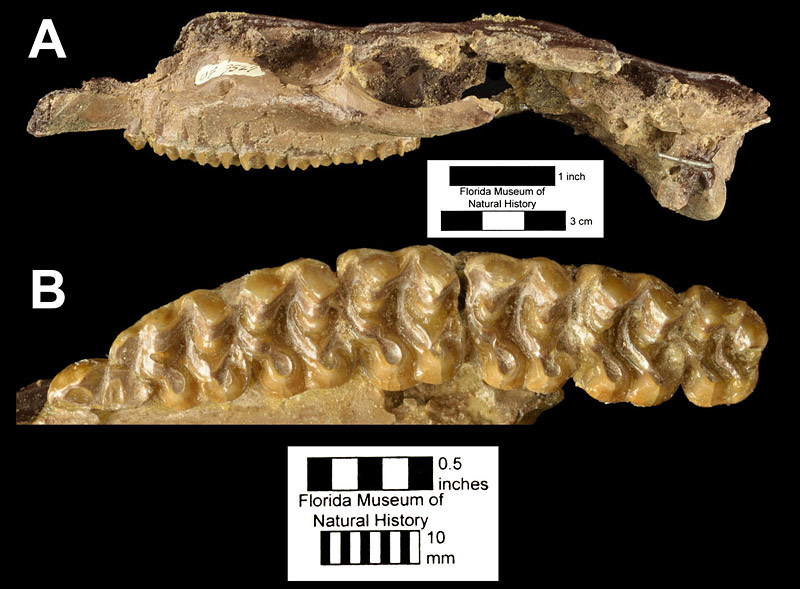 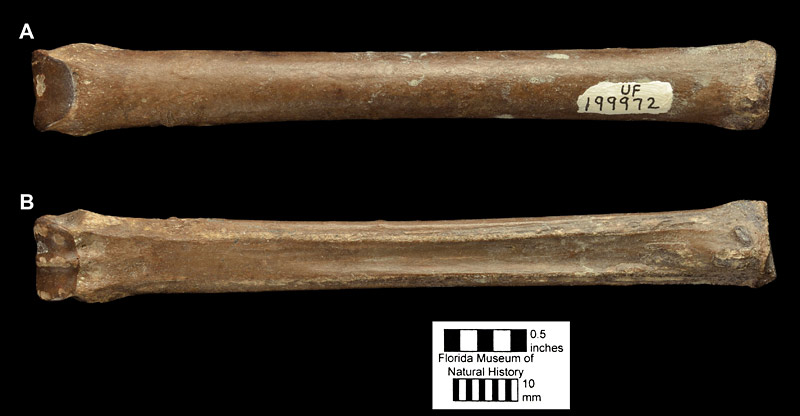 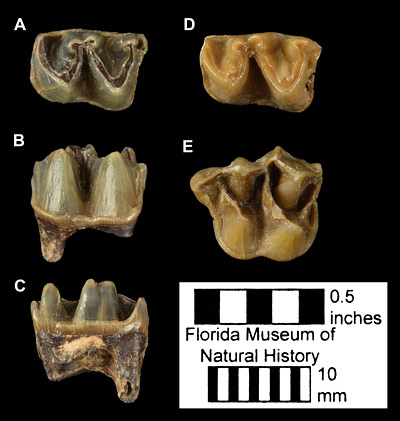 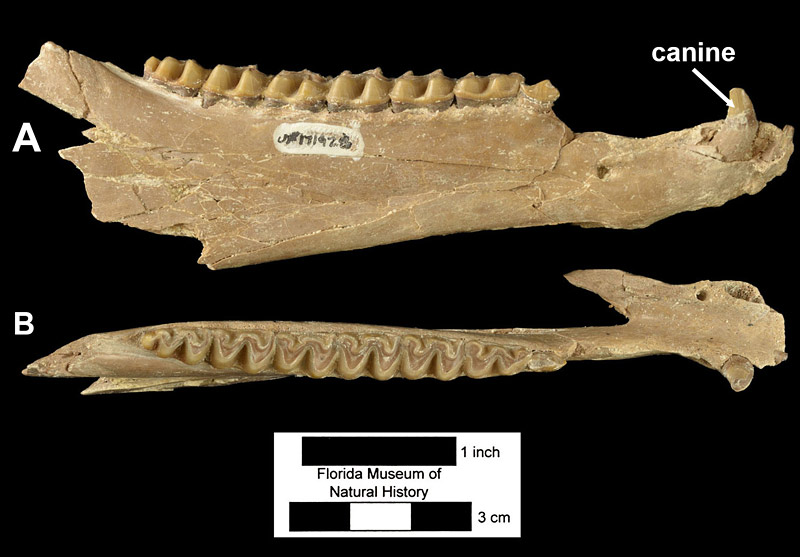 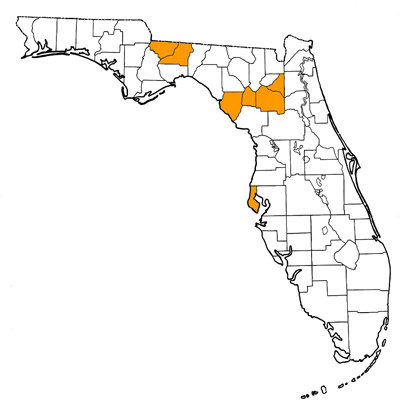 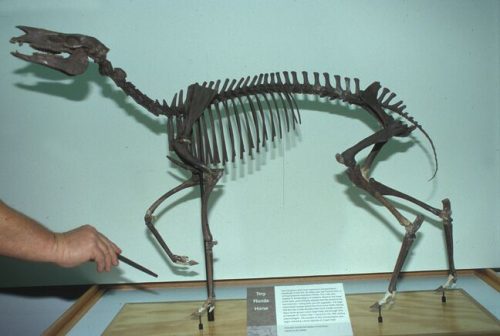 Archaeohippus was a small, sleek, graceful animal that had an elongated snout. The molar shape (crown height) of Archaeohippus suggests that it was a forest dweller, or inhabited an open woodland. It ate a seasonally variable diet of leaves and other nonfibrous foods. Based on modern analogues, individuals were either solitary or formed territorial breeding pairs, and they had small home ranges. Archaeohippus individuals probably lived 4-5 years.

Although not as common as Parahippus, specimens of Archaeohippus blackbergi are often found during fossil digs from Thomas Farm. Skulls of this animal, however, are quite rare. A composite skeleton, made of isolated parts from many individuals, was mounted from bones found during these digs and is displayed in our Florida Fossils exhibit.