The genus Hippidion has been considered a descendant of Pliohippus, while others postulate it is a member of the genus Equus, the genus that includes the living horses, asses and zebras.

These huge extinct browsing horses lived in South America during the Ice Age, between 2 million and 10,000 years ago.

The Clydesdale-sized Hippidion possessed a highly distinctive, long, domed nasal bone. Because of this unusual feature, some scientists speculate that Hippidion had an elongated, flexible snout.

The animals depicted below, two adults and one juvenile (in foreground) represent Hippidion. This reconstruction is based on research on horse fossils from around the city of Tarija, in southern Bolivia. 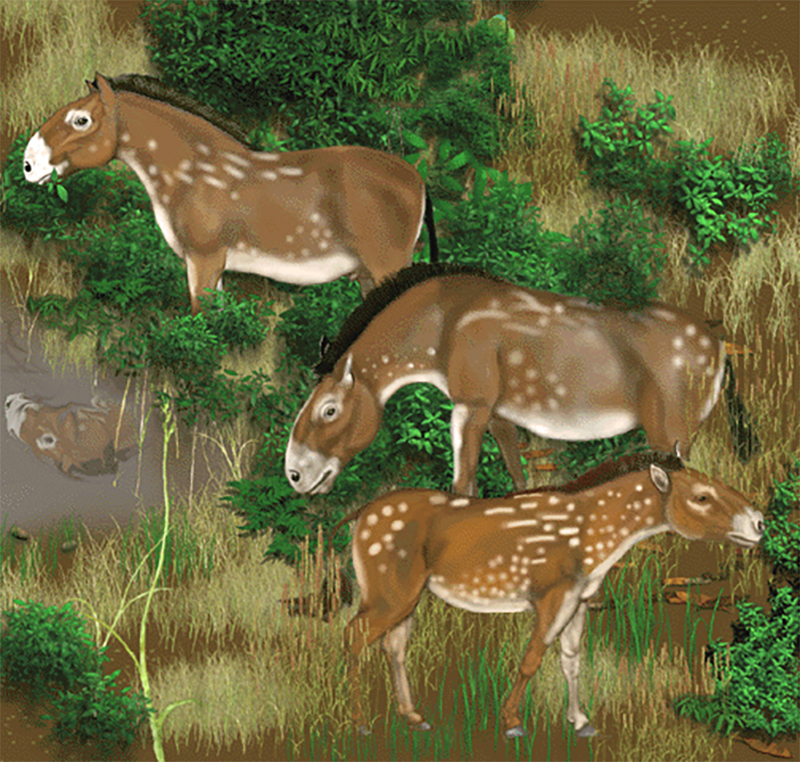