The Dinohippus genus is believed to be the most closely related to Equus, the genus that includes the living horses, asses and zebras. Florida Museum paleontologists have unearthed Dinohippus fossils at many sites, including the Palmetto Fauna mine and the Moss Acres Racetrack.

Dinohippus fossils are found in the Upper Miocene of North America and date from 13–5 million years ago.

How is Dinohippus related to our modern horse?

Dinohippus appears to be the closest relative to Equus. It seems to be an intermediate between Pliohippus and Equus. In fact, the genus was established from species that were initially included in Pliohippus (e.g. P. leidyanus). 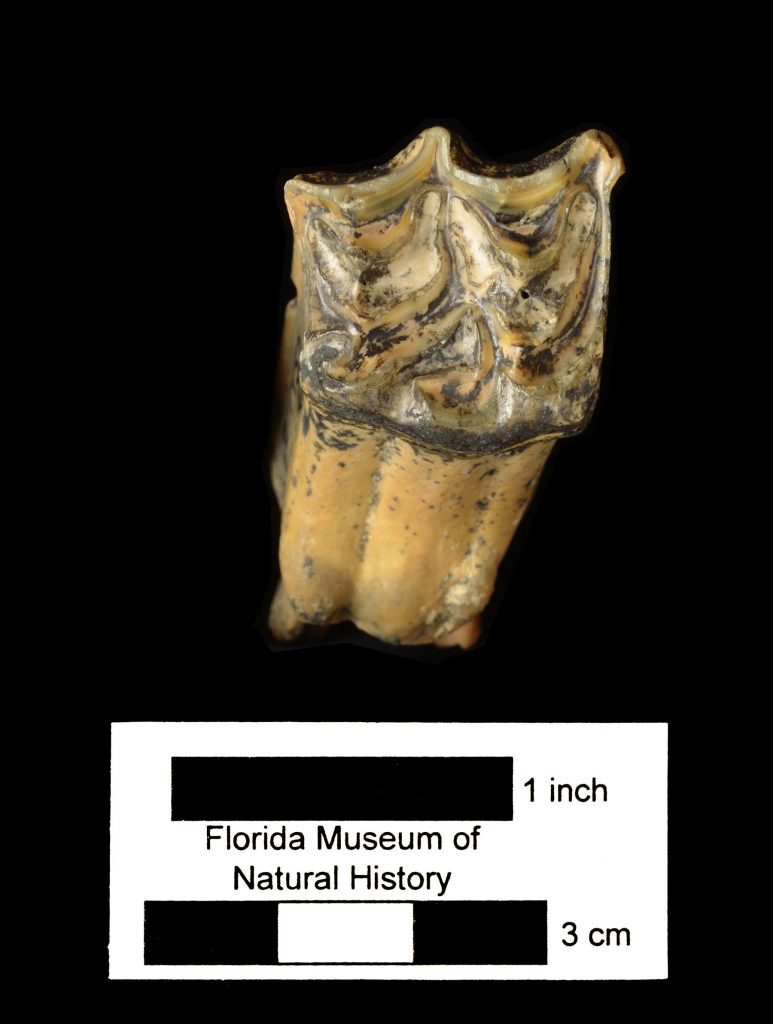 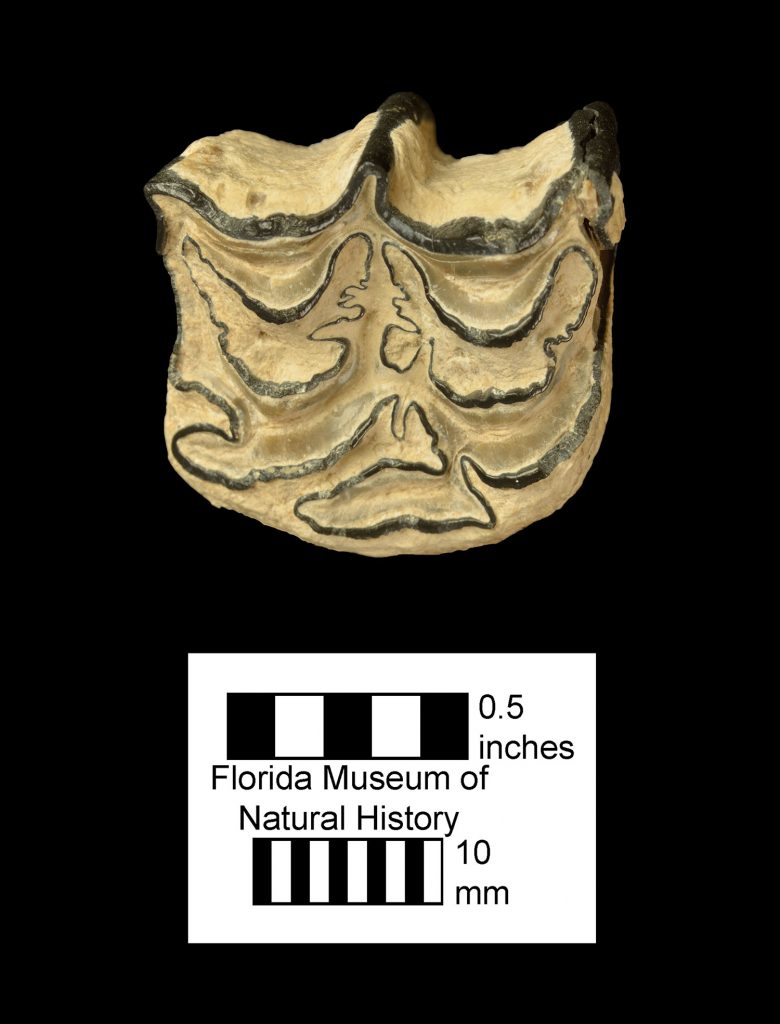 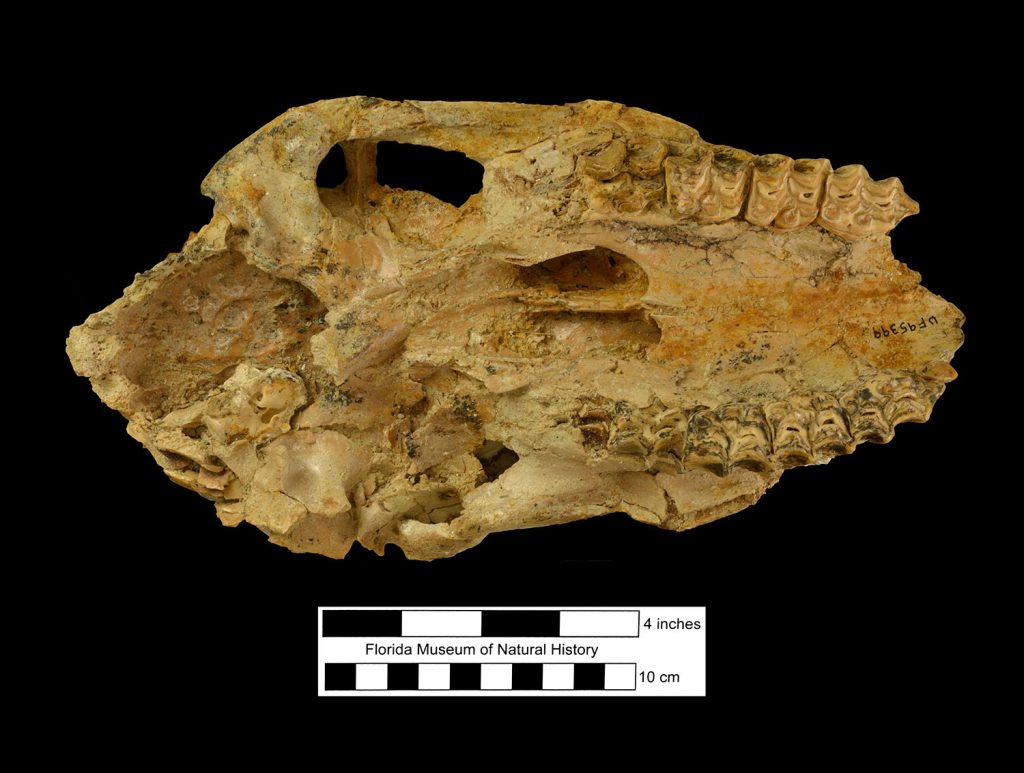 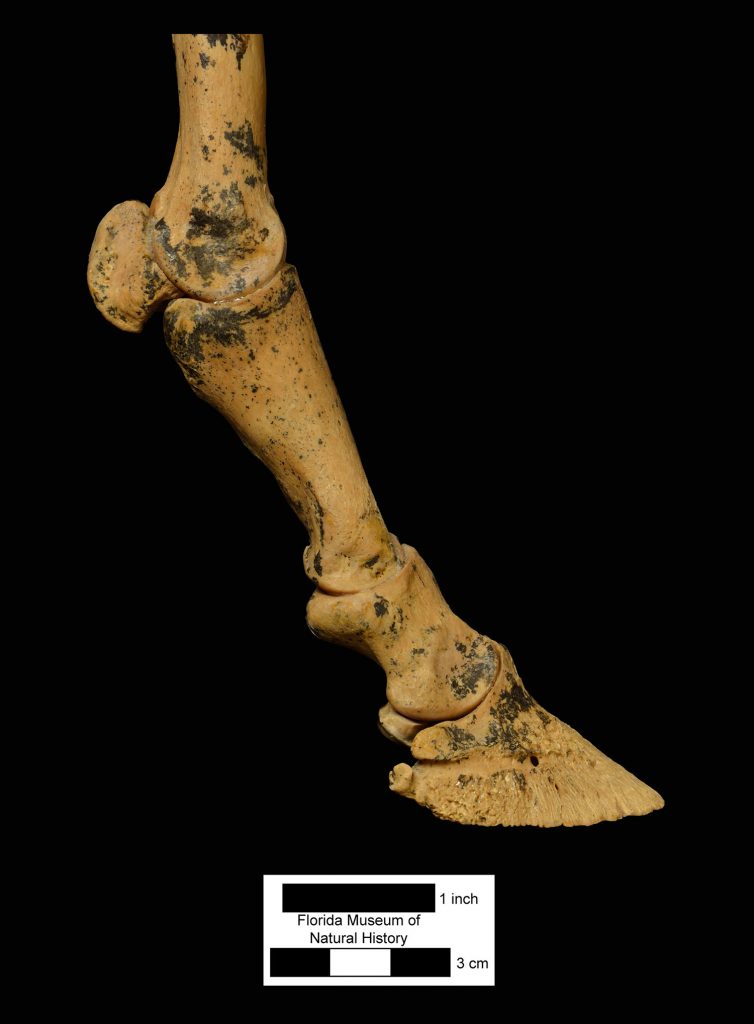 Pliohippus had a couple of depressions, or fossae, in the bones in front of its eyes; Equus does not. The fossae in the face of Dinohippus are shallow, suggesting that it is an intermediate form between these two genera. The fossae may have served as a location for glands (as in some antelopes) or been sites for muscle attachment.

Equus has a distinctive passive “stay apparatus,” formed by bones and tendons, to help it conserve energy while standing for long periods. Dinohippus is the first horse to show a rudimentary form of this character, providing additional evidence of the close relationship between Dinohippus and Equus.

There was some variation in the number of toes among Dinohippus individuals. An exquisitely preserved primitive population of Dinohippus from the famous Ashfall Beds in northeastern Nebraska suggests that some individuals had three toes, while others had only one toe.