Sedimental Journey: Fossils in the Context of Geological Time

Stratigraphy is the scientific study of geological history. It originated about 200 years ago with the work of an English engineer named William Smith, who saw the same layers of fossil-bearing rock as he surveyed different parts of England.

This observation led Smith to draft maps of those layers from which he could accurately predict the location of undiscovered coal beds, because he knew which rocks overlay known coal beds elsewhere in England.

These principles enable geologists to date rock layers and the fossils they contain relative to other layers. This relative dating provided geologists with the basis for the scientific division of the history of life on earth. Later, the discovery of radioactivity in the 20th century gave scientists tools to date rocks absolutely and to refine these divisions.

In this section, we are going to define the major divisions of geological time, starting with the most general divisions and working towards the more specific subdivisions. 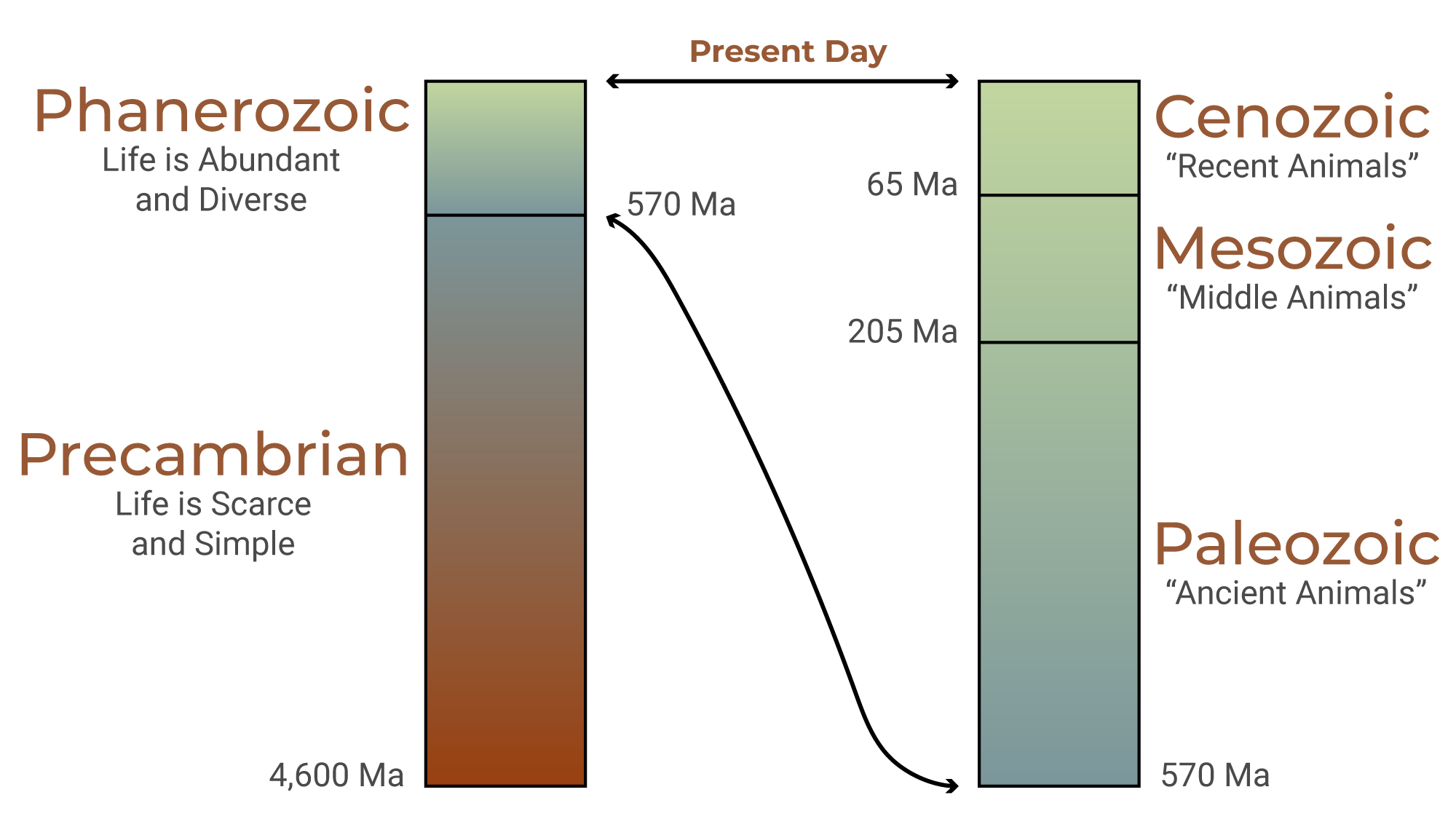 The Phanerozoic Eon is divided into three eras. The oldest is called the Paleozoic, which means “ancient life,” while the most recent era is the Cenozoic, meaning “recent life.” Sandwiched between them is the Mesozoic — “meso” means middle in Greek, by the way.

During the Paleozoic Era, a dramatic explosion of living creatures occurred. Early on, there was a profusion of marine invertebrates, such as worms, trilobites, gastropods, corals and cephalopods. The first vertebrates appeared around 500 million years ago, and fish evolved from these and became the dominant vertebrate on the planet. From the bony fishes arose the amphibians around 410 million years ago. Amphibians were among the life forms that first colonized the land. Reptiles arose from this amphibian stock around 360 million years ago, and gradually began displacing the amphibians.

Reptiles were the dominant vertebrates during the Mesozoic Era, including the reign of the dinosaurs. Mammals also appeared during this era, about 220 million years ago, but they were very small — no larger than modern rodents — and neither numerous nor diverse. Around 200 million years ago, the first birds evolved from dinosaurs.

The Cenozoic Era began about 65 million years ago and it’s still going on today! It is sometimes called the “Age of Mammals” because during this era mammals became the dominant land animals. We will examine this era in the most detail.

The Cenozoic Era was initially referred to as the third and fourth periods. These two periods are still called the Tertiary and Quaternary.

The Quaternary period is composed of our present epoch (the Holocene) and the Pleistocene. The Tertiary is divided into five epochs – Pliocene, Miocene, Oligocene, Eocene and Paleocene. 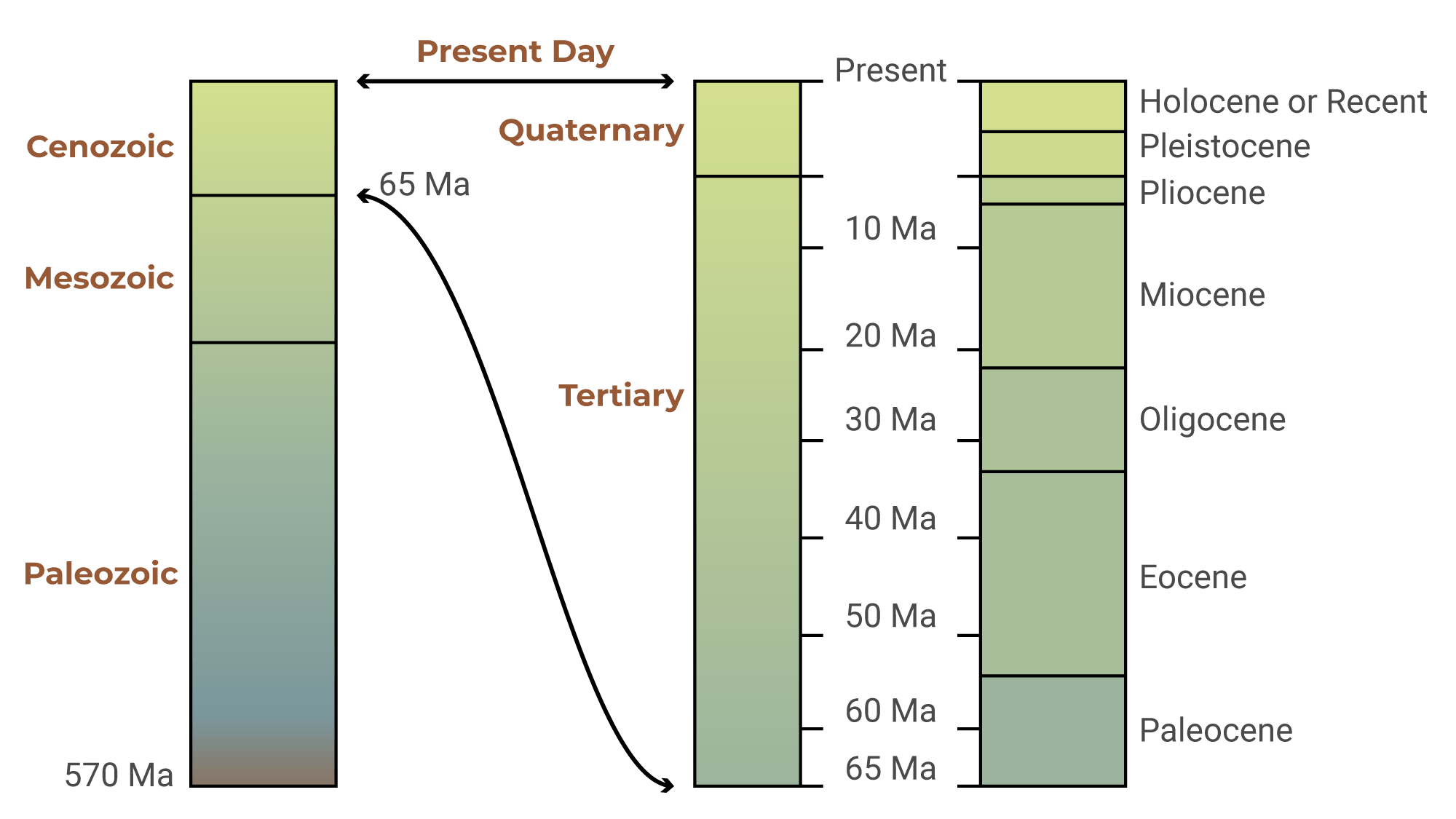