Animal remains are most likely to be fossilized if their hard parts are covered by layers of sediments soon after death. With time and pressure, these sediments, such as sand, plant debris, or ash, become compressed into rock. Therefore, fossils are found in sedimentary rock, like sandstone, shale, limestone and coal.

Let’s look at a hypothetical fossil locality to see this process in action. 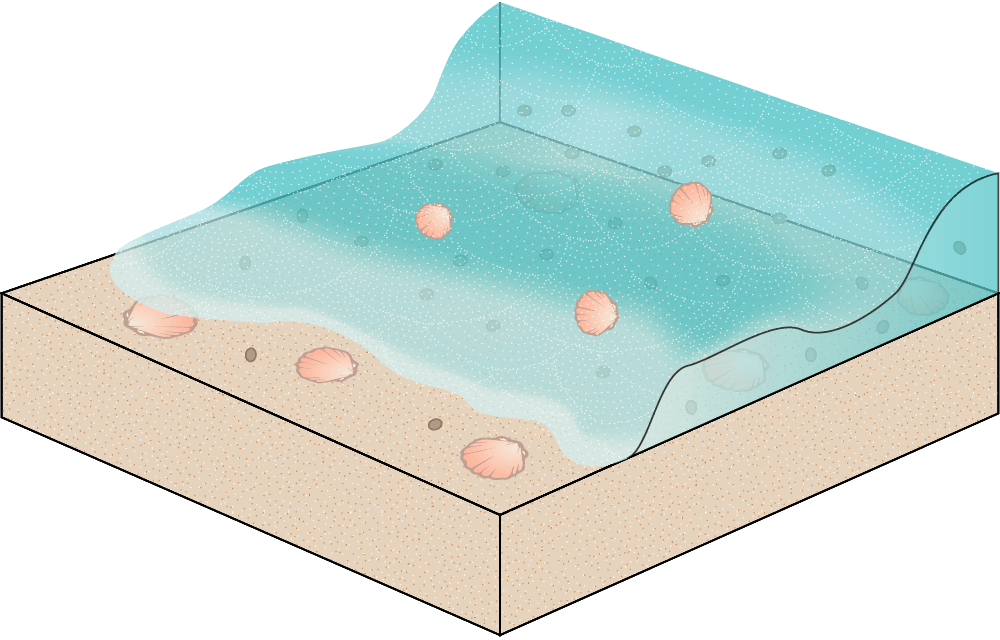 Scallops and other invertebrates inhabit the sea in this area. When they die, they are covered by sand that settles on them. 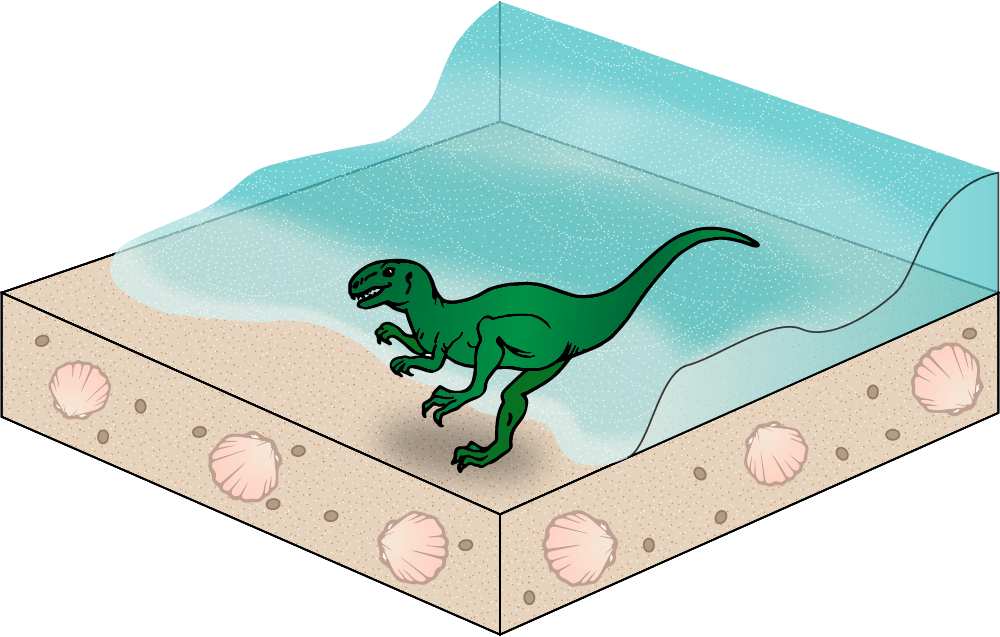 Pressure compacts the loose sandy sediments into hard sandstone. Dinosaurs now live, and die, in the locality. Like the scallops before them, their bodies are covered by sand. 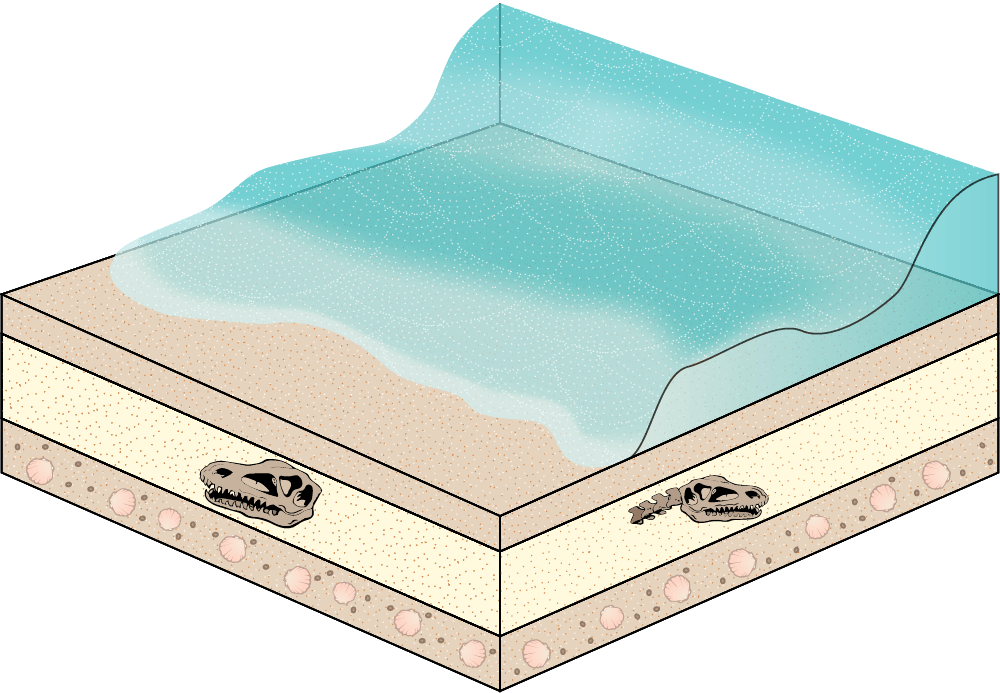 There is a tremendous volcanic eruption in the area. The ash thickly covers the land, and for a while the land cannot support much life. 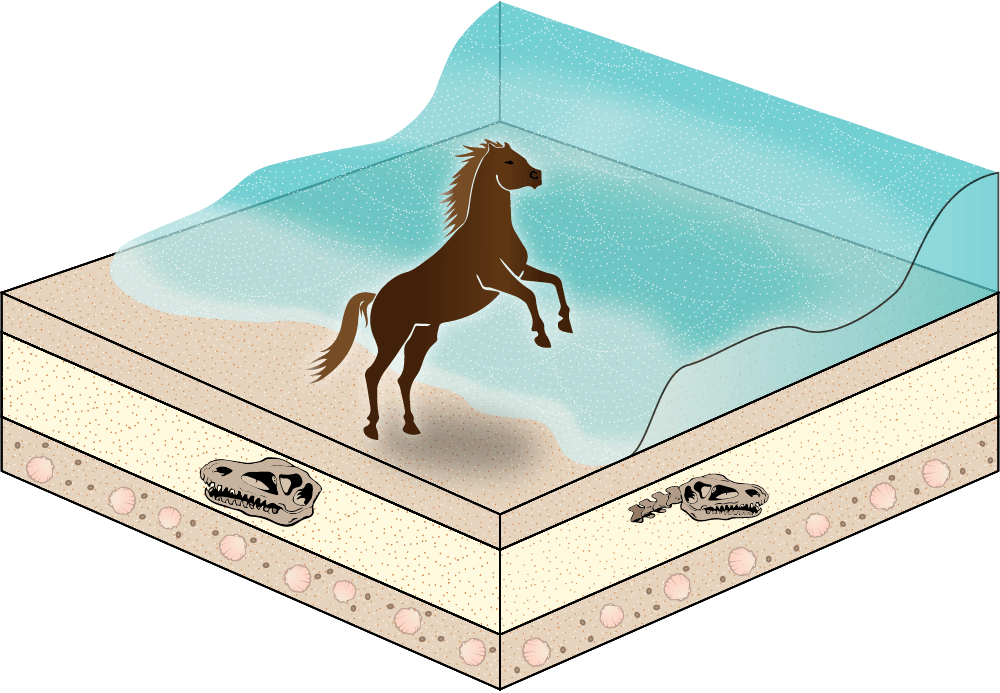 A Parahippus, a 3-toed horse common at the time, dies at the locality. Like the other creatures before it, its body is buried in sand and sediments by wave action. 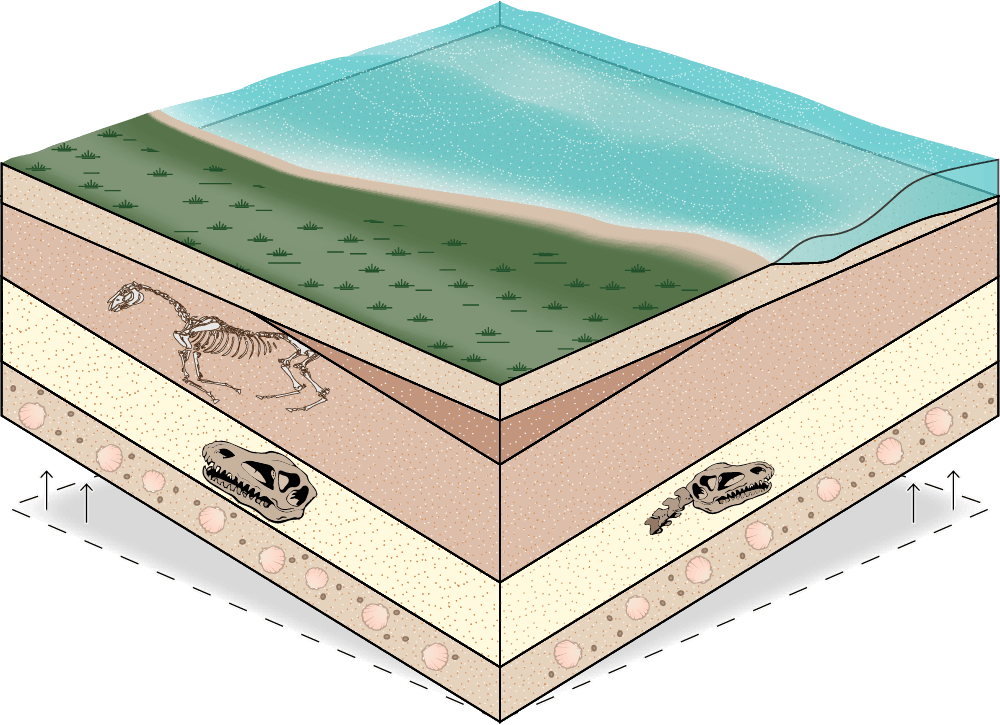 The massive force of an earthquake causes layers of sediments to tilt and push upward. 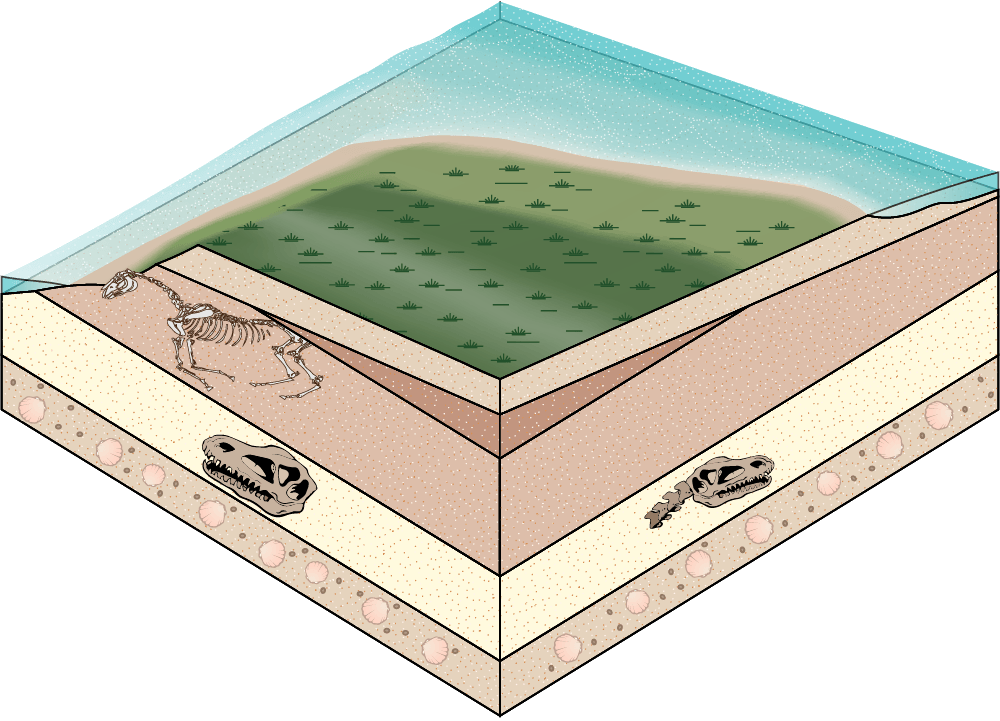