According to Florida’s Office of Economic and Demographic Research, about 831 people are projected to move to Florida every day for at least the next five years. And as people pour into the state, policymakers must plan how to balance this growth with the health of the state’s natural resources and landscapes.

This legislative session, several bills have been introduced to help plan for the future: 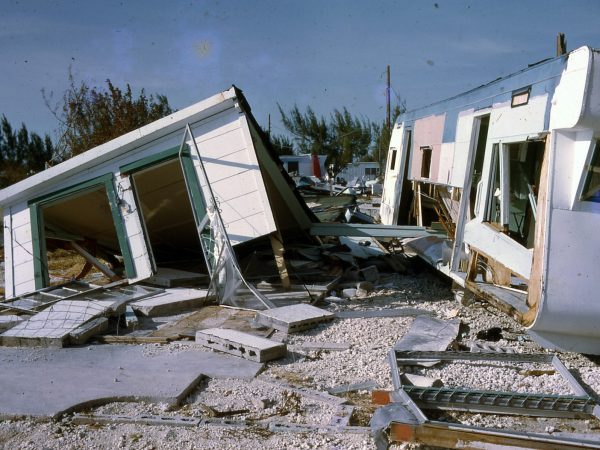 Within the United States, Florida experiences the most hurricanes. And since the mid-19th century, hurricanes have impacted every part of Florida’s coastline, causing billions of dollars in damages in just the Sunshine State alone.

Florida State Sen. Ed Hooper (R) has introduced SB 168 in an effort to extend the Hurricane Loss Mitigation Program. The state-funded program housed in the Division of Emergency Management is intended to help Floridians be more prepared for storms and minimize costly hurricane damage. Scheduled to end on June 1, 2021, the bill has been amended to continue the program for at least another decade. HB 423, sponsored by Florida State Sen. Kaylee Tuck (R), proposes the same change.

After Hurricane Andrew slammed South Florida in 1992, the Florida Legislature established a series of programs to help stabilize the state’s economy and insurance industry. One of these programs was the Florida Hurricane Catastrophe Fund, a mandatory reinsurance fund that reimburses residential property insurers after a storm.

Since 1999, the investment income from the Florida Hurricane Catastrophe Fund has provided the Hurricane Loss Mitigation Program with $10 million each year to go toward retrofitting existing public structures, tying down mobile homes, conducting research on hurricane loss reduction and providing grant funding for organizations to improve the resiliency of structures within their communities, according to the program’s 2020 annual report.

Moving forward, the Division of Emergency Management aims to focus the program more on community-based mitigation, where representatives from county governments, municipal governments, local nonprofit entities and qualified for-profit entities may work together to increase hurricane resiliency within their communities.

The state of Florida has 20 villages, 109 towns and 282 cities. Scattered across 67 counties, each of these municipalities must develop its own comprehensive plan.

These plans are created to set goals and manage growth and development within an area by addressing policies on transportation, land and water use and even recreation. In Florida, plans must include elements to address conservation, and for coastal areas, an element for coastal management. The plans primarily consist of a series of texts and maps to clearly communicate a community’s goals. Florida also has its own statewide comprehensive plan to help guide local goals.

According to the Department of Environmental Protection (DEP), “the importance of comprehensive planning cannot be overstressed, because it results in decisions regarding long-term issues such as environmental protection and economic development.”

When a comprehensive plan is developed, it is sent to several state and regional agencies for review, including the DEP, Department of Economic Opportunity, Department of State, Department of Transportation, regional planning councils and water management districts. These agencies can then suggest amendments to the plan where necessary.

Tom Ankersen, a legal skills professor and director of the Conservation Clinic at the University of Florida Levin College of Law, said the bill essentially gives the municipalities a bit more wiggle room by only holding them accountable to county comprehensive plans if their own were effective after Jan. 1, 2019.

A similar bill, HB 59, introduced by Florida Rep. Stan McClain (R), differs slightly by suggesting that any municipality established after Jan. 1, 2016 must honor preexisting development orders prior to the comprehensive plan’s effective date.

According to Thomas Hawkins, an attorney and lecturer within the University of Florida’s Department of Urban and Regional Planning, facts and community values change over time. And in some areas of Florida, cities and counties make hundreds to thousands of development decisions each year — each of which must abide by and be approved by the state of Florida and its laws.

Hawkins said that these new regulations would do little to make actual change on the ground and would mean increased busywork and red tape.

UPDATE: SB 496 was laid on table (meaning it was set aside and died at the end of the session); similar HB 59 is enrolled (meaning it was approved by both the House and Senate and sent to the Governor for approval). 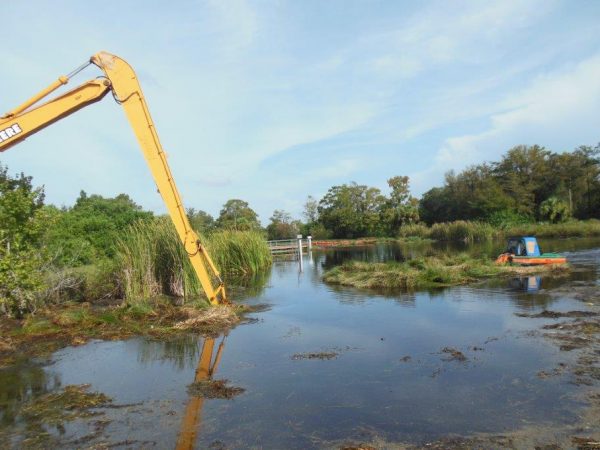 Big Cypress Basin is a watershed that includes a network of 143.6 miles of canals, 35 water control structures and three pumps for flood control. The area itself is partly managed by the Big Cypress Basin Board and is one of the two watersheds overseen by the South Florida Water Management District. Large and slow-moving, the basin provides flood control and protects water resources for those on the Southwest Florida coast.

Typically, a handful of six citizen volunteer board members are responsible for overseeing the regional policy or budget. This spring, previous board members’ terms are ending, and after March there will be only one official board member in place. The bill proposes that five more members must be appointed by Gov. Ron DeSantis and later confirmed by the state Senate. The bill also proposes that appointees must live in either Collier or Lee county, rather than residing in any area of the watershed.

These bills also suggest that the physical boundary of the basin be revised after a 2020 delineation study, which used aerial photography, topographic maps, road maps, soil maps, historic documents and field visits to scientifically analyze the watershed. According to Naples Daily News, there are eight proposed boundary revisions, and a report involving these suggestions is to be reviewed by Gov. Ron DeSantis, the state Senate president and the speaker of the state House of Representatives by the start of February.

The boundaries are being revised using this study’s findings to scientifically reflect these physical and environmental features of the watershed. This is being done instead of using an administrative approach and drawing boundaries with property and county lines.

The bill also states that the new basin boundary “may include only counties that have at least 25% of their jurisdiction delineated within the boundary.” According to the Environmental and Natural Resources Committee’s Staff Analysis, the new boundary could affect tax rates for some.

The third proposed change ensures that when the South Florida Water Management District collects ad valorem taxes — taxes based on the value of a transaction or a property — the money is spent within the counties in which they are collected. Lee County officials hope to use taxes levied from their residents in the county for flood control and water quality projects. 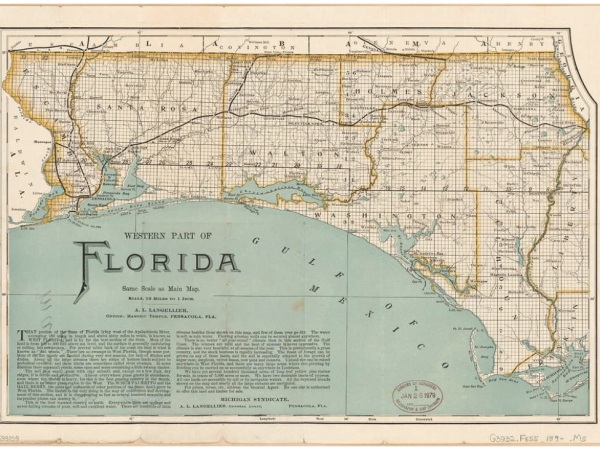 In 2018 and 2019, the entire Florida peninsula and eastern half of the panhandle were topographically mapped through Light Detection and Ranging, otherwise known as LiDAR. Similar to radar, this method of mapping uses pulses of laser light to accurately map very fine-scale topography.

According to Michael Binford, a professor from the Land Use and Environmental Change Institute at the University of Florida, the resulting digital elevation models (DEMs) are made from the best-quality data when using this method.

Sponsored by Florida State Rep. Alex Andrade (R), HB 2105 would provide funding for the topographic mapping of the western Panhandle of Florida. The bill proposes that the Division of Emergency Management receives $950,000 from Florida’s General Revenue Fund to use LiDAR to create a digital topographic map of the area.

“The state of Florida would have a high spatial resolution DEM that can be used for multiple purposes,” Binford said.

The 3D visualizations made with LiDAR have been used for everything, from the analysis of historical cultural sites to wildlife and habitat management. These maps are also used for planning farms and agricultural spaces; detecting sinkholes, springs and caves; urban and regional planning; and even predicting future sea level rise.

The project would take place in Florida’s westernmost counties — Escambia, Holmes, Okaloosa, Santa Rosa and Walton — and would complete the topographic mapping of the state of Florida. The bill would take effect on July 1, 2021. 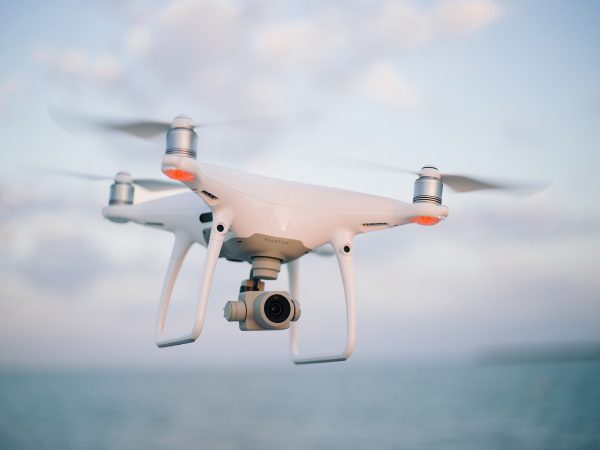 Whether flying as a personal hobbyist, commercial pilot or government employee, all drone operators must comply with specific sets of federal regulations when piloting an Unmanned Aircraft System in the skies of the Sunshine State. Blanketing these rules are Florida’s state laws on drones, which regulate everything from takeoff to touchdown.

These laws aim to safeguard the personal privacy and protection of those on the ground and ensure the safety and security of everything in the air. And even after obtaining a remote pilot certificate, all drone operators still have to be very careful about where, when and why they fly.

A key point of three bills — SB 518, SB 44 and HB 433 — involves expanding the authorized use of drones for state agencies by allowing them to fly to assess damage from natural disasters and monitor invasive species.

For example, drones equipped with Light Detection and Radar, or LiDAR, could help the Fish and Wildlife Conservation Commission identify invasive Burmese pythons from the sky.

UPDATE: SB 518 died in Returning Messages; similar SB 44 was enrolled (meaning it was approved by both the House and Senate and sent to the Governor for approval); comparable HB 433 was laid on table (meaning it was set aside and died at the end of the session).

The bills below aim to appropriate, or set aside money for, projects related to planning and development across the state. They include: