Florida’s leaders are beginning to discuss how to adapt to sea-level rise and climate change as areas in Southeast Florida saw record flooding during the recent king tide.

A low-lying Key Largo neighborhood has been flooded for more than 40 days, and scientists say the waters may not reside until November, or after the first or second cold front moves in. Floods are typical at this time of year due to warm ocean water and the alignment of the sun and moon, which cause higher than normal high tides, known as king tides.

The floods in this neighborhood usually last around five days. This year’s flood is higher and longer lasting than any year in recent history.

What’s happening in Key Largo is not an isolated event. Recent king tides have caused saltwater to pile up over the streets and bubble through storm drains all over Southeast Florida.

A high tide during the most recent full moon was 16 inches above NOAA predictions. Meteorologist John Morales from NBC Miami says the severity of the floods are due to an onshore breeze, swells from distant tropical systems, warm temperatures, a slowing Gulf stream and sea-level rise.

Scientists say these sunny day floods are only going to increase, especially in the Southeast U.S.

In South Florida, sea levels are projected to rise by about two feet by 2060, which will make high tides much higher—and those are just predictions. As of now, sea levels in South Florida are about 2.2 inches higher than what’s used NOAA’s tide predictions. But, next year NOAA plans to update its baseline to reflect recent sea-level rise and more accurately predict tide levels. 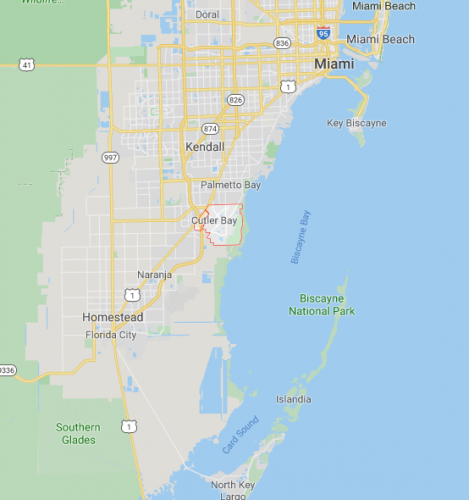 In Cutler Bay, a town in Miami, officials have imposed a six-month halt on development to study the impact of sea level rise and ensure sustainable development into the future. The moratorium, which is the first of its kind in Miami-Dade County, was unanimously approved by town officials.

But, real estate professionals worry that the moratorium will cause potential buyers to think twice.

Florida is the state with the most people and real estate at risk of climate change and Cutler Bay is listed by the U.S. Army Corps of Engineers as one of the most vulnerable areas in South Florida. Most of the town is in a flood zone and is also home to a number of coastal wetlands, which act as a first line of defense against storm surge.

In Marathon Key, taxpayer buyouts have already started to be used to purchase homes and bulldoze the land to make way for rising seas, something researchers are referring to as the “Great Climate Retreat.”

The Florida Senate held a committee meeting for the first time in 10 years to discuss climate change with sea-level rise, infrastructure and resiliency experts.

Additionally, 19 Florida mayors traveled to Washington, D.C. as part of a Florida Mayors Summit to discuss flooding and sea-level rise with members of Congress.

Climate change was rarely discussed during Former Gov. Rick Scott’s tenure. But, Republican Senator Tom Lee says there seems to be a paradigm shift with Gov. Ron DeSantis when it comes to discussing the state’s response to a warming planet. How Florida responds is especially important, since it’s often referred to as ground zero for climate change-induced sea level rise.

But, some local governments aren’t waiting on state reps to determine the best adaptation solutions. Cities like North Bay Village in Miami have already implemented solutions and are excited to share ideas with other Florida mayors.

Florida leaders are considering launching a state climate assessment, one of the first in the nation modeled after California. The assessment would measure how climate change would impact the state’s population, infrastructure and economy.

National and regional climate assessments exist, but this one would be localized and extremely relevant to Floridians. However, it’s not certain where the funding would come from, and the project is at least two years away from completion.

The Audubon Society has released a “Guide to Climate Action” that offers tips and practical ways to both communicate about climate change and take action locally and nationally.

Florida is often referred to as ground zero for sea level rise.  As king tides lead to higher-than-average flooding in Southeast Florida, state and local lawmakers are taking notice.