So February was crazy. Even by our usual standards of busy-ness, everything was just a little bit more hectic in February.

There was a lot of background busyness in the form of job seminars. Most weeks, sometimes twice a week, the whole museum schlepped over to Powell Hall (the public face of the FLMNH) to hear candidates for our two new faculty positions present their research. The talks were interesting, and the receptions afterwards were catered. That’s an all-around win.

Some of the recent new hires have already arrived (or will be arriving soon). And although it might seem impossible to get blood from a stone, the museum needed to find space to put them. So we’re all playing musical offices, and one of the offices getting shuffled is Fred’s. We spent several weeks moving Fred out of his office and moving most of our freshwater mollusks out to a nice, new, storage facility. I say “we,” and we all chipped in, but most of the work was done by John, George, and a large team of professional movers. The area with stacks of shelves that you might have seen in earlier blog posts now looks like this. 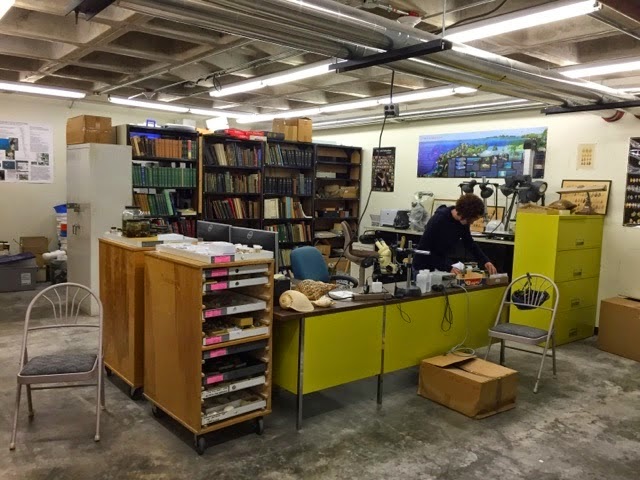 We got everything set up and cleaned off just in time to host the 6th annual FUM meeting that we last hosted 4 years ago. John spent a lot of time making the meeting website, organizing talks, booking meeting space, organizing a reception, arranging for meals, testing computers, making a program, all in addition to preparing his own talk. I was unable to attend this year, but by all accounts it was a great success. One day I’ll get enough new slug data to present at FUM again…or maybe enough time will pass that no one will realize I’m giving the exact same talk.

Why host one giant meeting per month when you can host two?..is something that we have never wondered. And yet in spite of that, February also saw us hosting a marine biodiversity workshop for high school science teachers at Whitney Lab in Marineland, FL. Nearly 25 teachers from all over the state came to learn about our techniques for documenting biodiversity and how they can be applied in the classroom. It was the first of three such workshops that we will be hosting. Patrick did most of the organizational legwork for this one, with Gustav, Tania, François, and John all pitching in at game time. Maria Sgambati from Seahorse Key and Lisa Lundgren from the UF Education school were also on hand to lend their expertise. 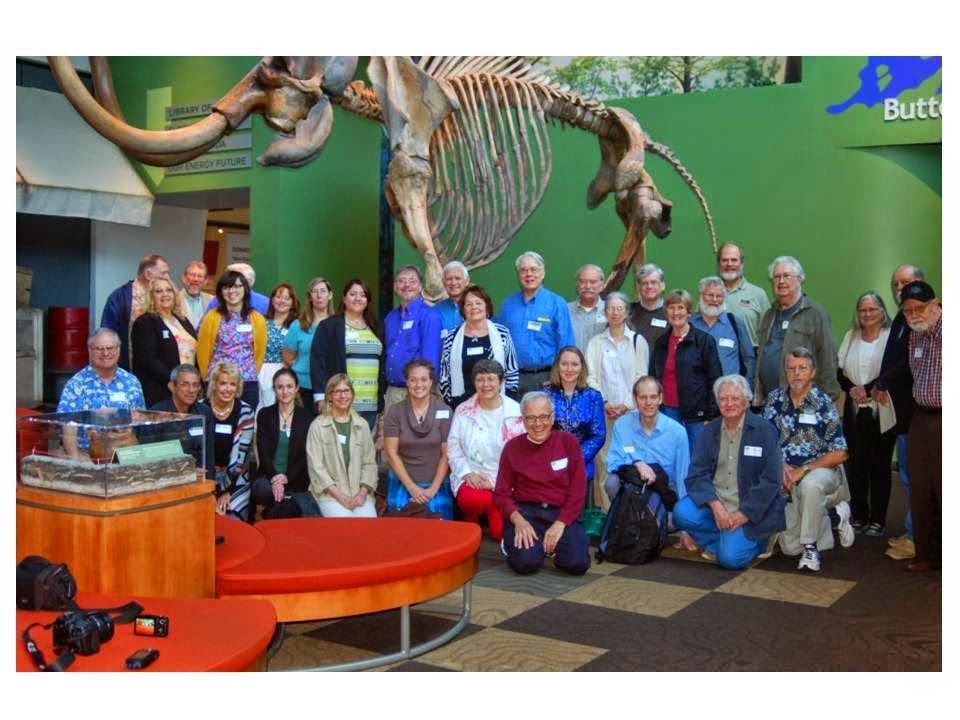 Two big meetings and I missed them both. What kind of slacker gets away with that? The kind that is stuck with much of the paperwork and purchasing for the event.

Also on the docket for February, John and I began working with Warren in preparation for migrating our database from Microsoft Access to Specify. Several ranges have already made the move, so the Specify team in Kansas is no stranger to the myriad ways in which various ranges store, organize, and name their data. For example, “field number” to IZ is the number assigned in the field which links a particular specimen with it’s photograph and DNA sample. It also links the specimen to a station number with location information in the notes that we take for the trip. To other ranges, “field number” equates with our “station number.” And what kind of data should you include in the “station number” or location information? Is depth specific to the specimen or to the location? What about habitat? Or collector? These are all important decisions and are just the tip of the iceberg. Specify is a very different beast from our familiar Access template, and the process of familiarization has just begun.

We also had several visitors in February, including Matt Leray and Nancy Knowlton. Did I mention way back in 2013 that François went to the Line Islands with a team from the Smithsonian? It was with Matt and Nancy. It was long ago, and those specimens are largely on the shelves, cataloged, photos matched, DNA cataloged into the cryofreezer. Turns out there were a few boxes of unsorted bulk lots in the back. So, how much could it be? We already have 916 lots cataloged and shelved. Maybe there are a few stragglers… 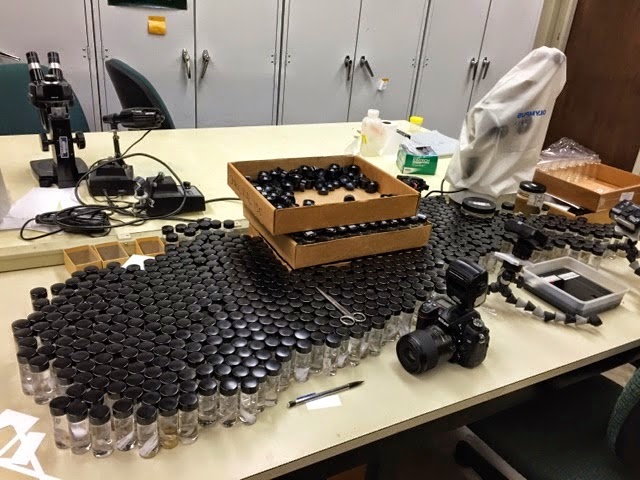 There were a lot of stragglers. This doesn’t even begin to demonstrate the magnitude of the stragglers. Several thousand lots were created from sorting existing mixed lots of tiny specimens, mostly crabs and shrimp. Somebody has got to subsample these and put them into plates for sequencing at the Smithsonian. This looks like a job for Team Plating Party!..of which I am the only remaining member. But it was a team effort after all. Matt, Elizabeth, Tania, and I all did several hours worth of plating.

So is March shaping up to be a little more mild? Well, the job talks are over, and we have no meetings to host (that I know of), but we have already had several visitors and have several more on the way. Specify-readiness training is ongoing, we received a shipment of 10 drums of ethanol, and we have been working with customs through a shipping company to try and arrange for delivery of specimens that Gustav collected last year in French Guiana with folks from the Paris Museum. Seems like we’re just getting ramped up. What’s a good assonant word for hectic that I can pair with April….