Our last days on St. Martin were a flurry of activity. Our last day was spent draining ethanol in preparation for our flight and packing up all our specimens and gear. The four of us who were returning to Gainesville checked a total of 9 bags eliciting the curiosity of our fellow passengers and the patient consternation of the airport personnel. But as the end of our trip approached we kicked it into high gear and on our last day of fieldwork we did a total of 3 dives (or snorkels). One of those dives was on a deep(ish) sand flat, which was habitat we hadn’t hit before. We found several new species for the project and had a hard time abandoning the bottom when it was time to come up. This is especially true of Gustav who couldn’t let the idle time of the safety stop go to waste and continued taking photos while hanging on the buoy line. 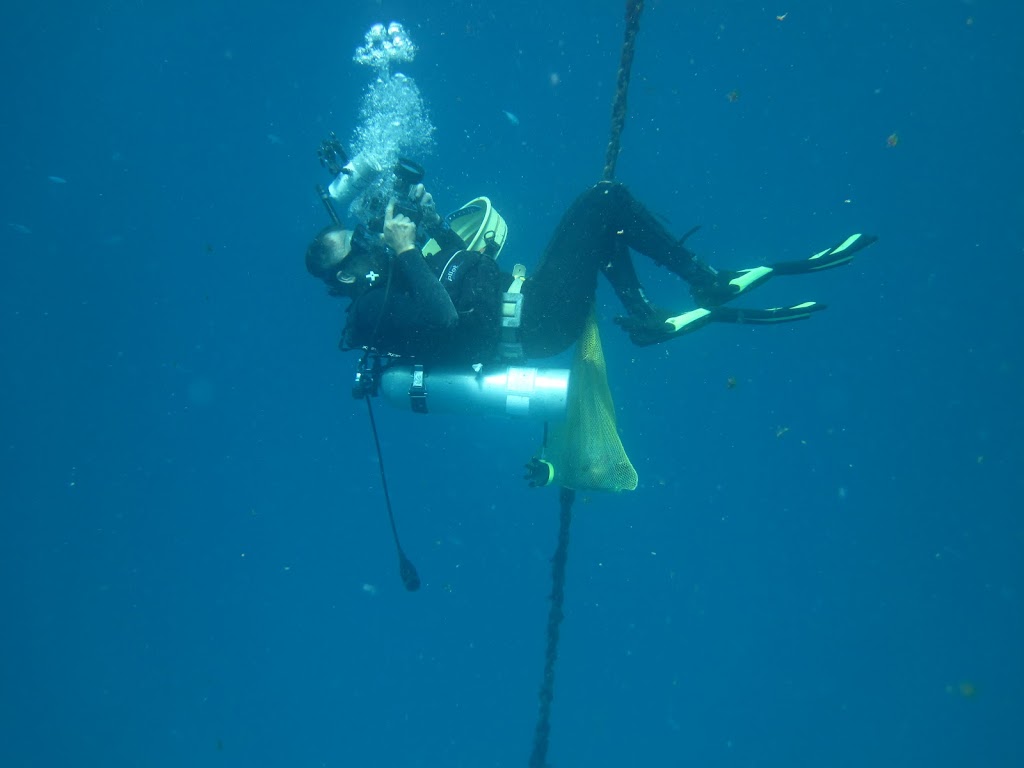 The sand flat was an ideal place for employing the yabby pump.

The rubbley reef we hit after that was an ideal place for some vacuuming.

As you may have noticed, neither spot was especially ideal for taking video. After our final collecting binge we hastily dumped our equipment into our rustic rinse tank and pushed through the processing with the deadline of our departure looming. 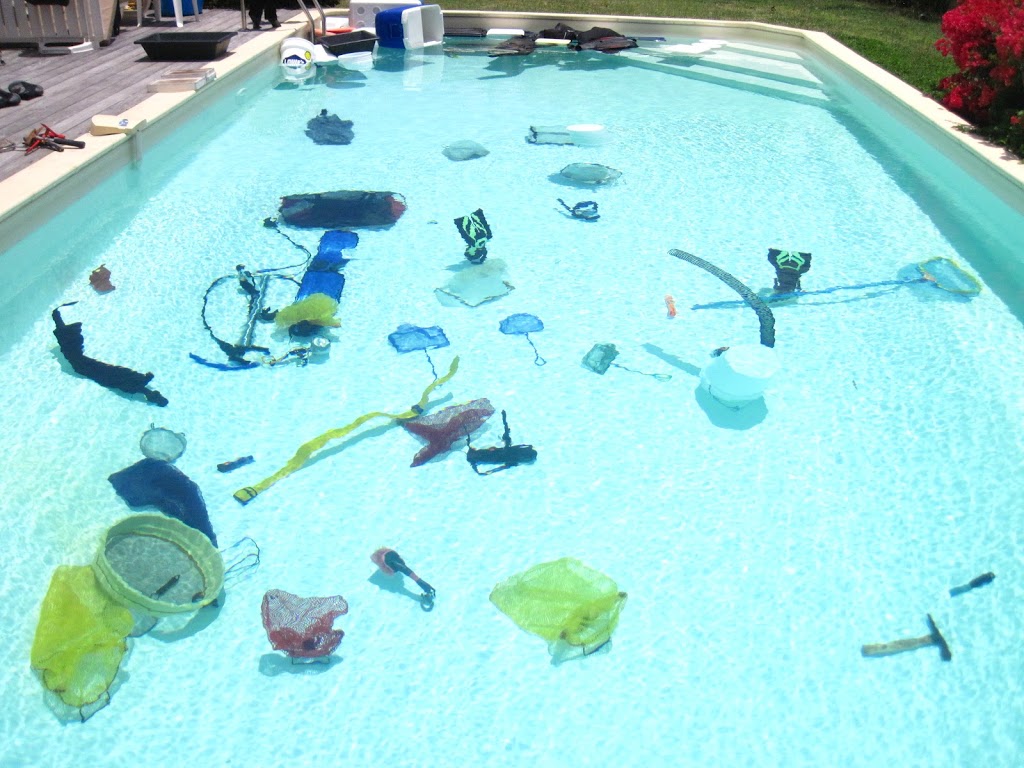 I spent lots of quality time at the processing table which I shared with some urchins fixing in ethanol. You’d be forgiven for thinking I had a tray of tea on the edge of my work area. If only this photo were scratch and sniff, then you’d know better. 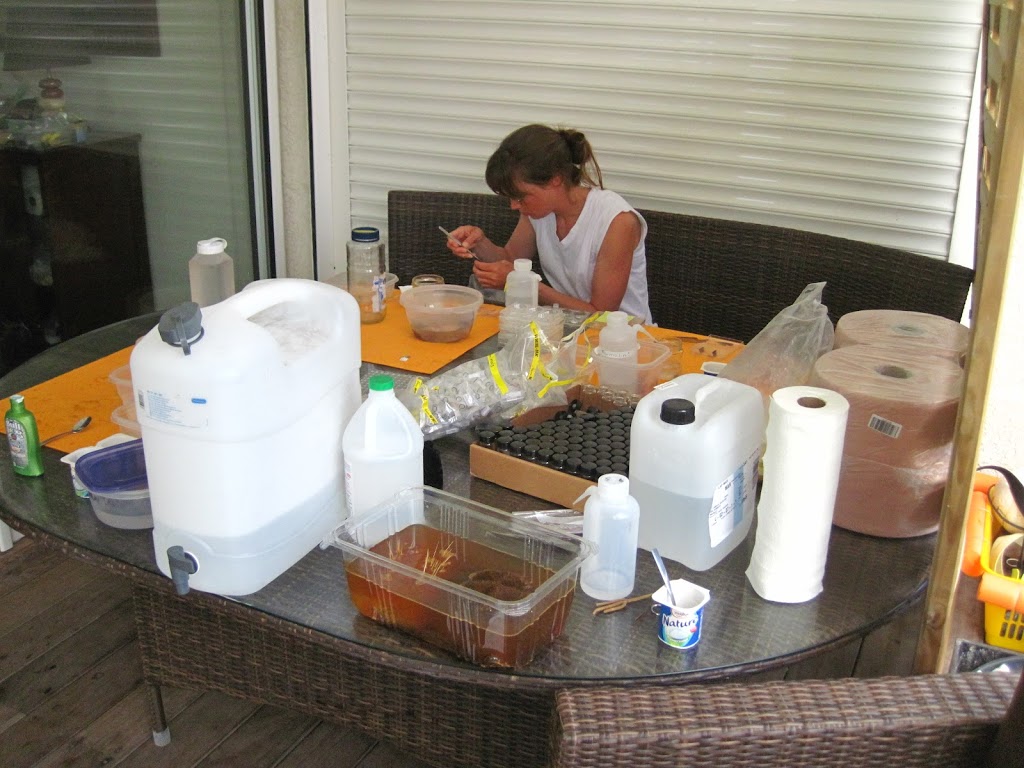 François took the opportunity of some time away from the photo station to do some picking through mass samples, and have a little QT with Holothuria mexicana, the donkey dung sea cucumber. I can’t imagine why it’s called that, must be its pink belly. 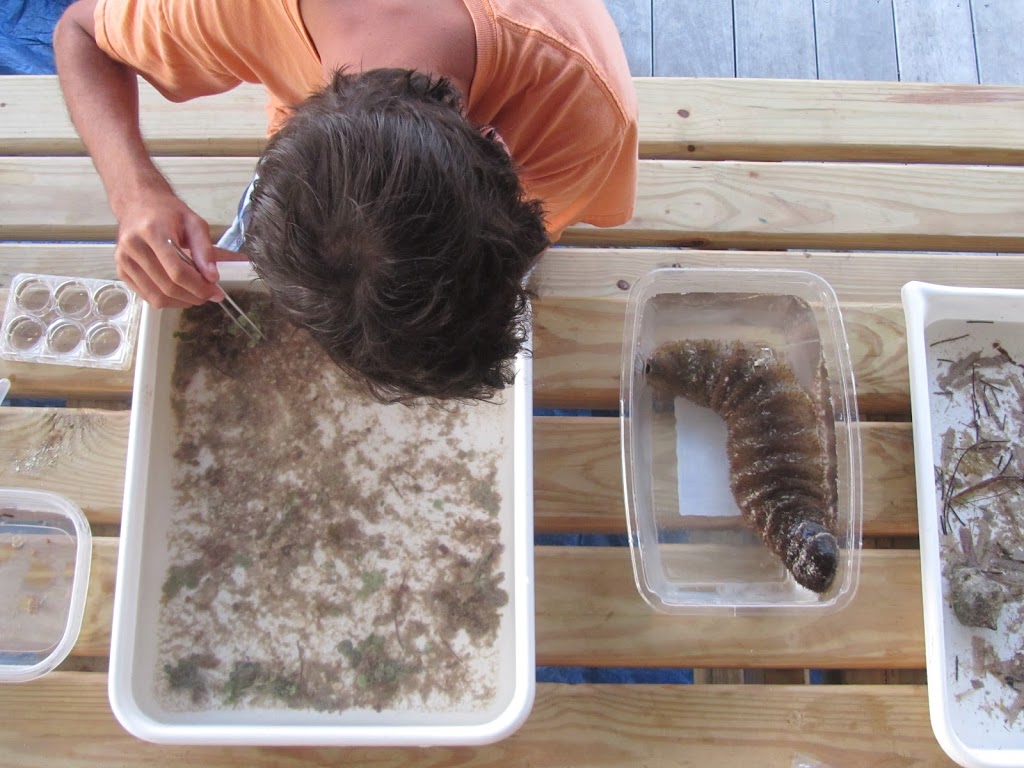 Our report with the final species list is due in August, and even though we’re back in Gainesville our species count continues to grow as George combs through the sand samples we brought back for him. He has already found 40 different species of ostracod! We were able to identify many of the animals to species while we were in the field by emailing photos to experts in the various groups, but as we go through the collection we will continue to improve the IDs and sort through lots that were fixed as bulk lots with mixed species. I’ll let you know the final species count after we submit the report. Even at this stage it is clear that we boosted the number of species that were known from within the reserve. 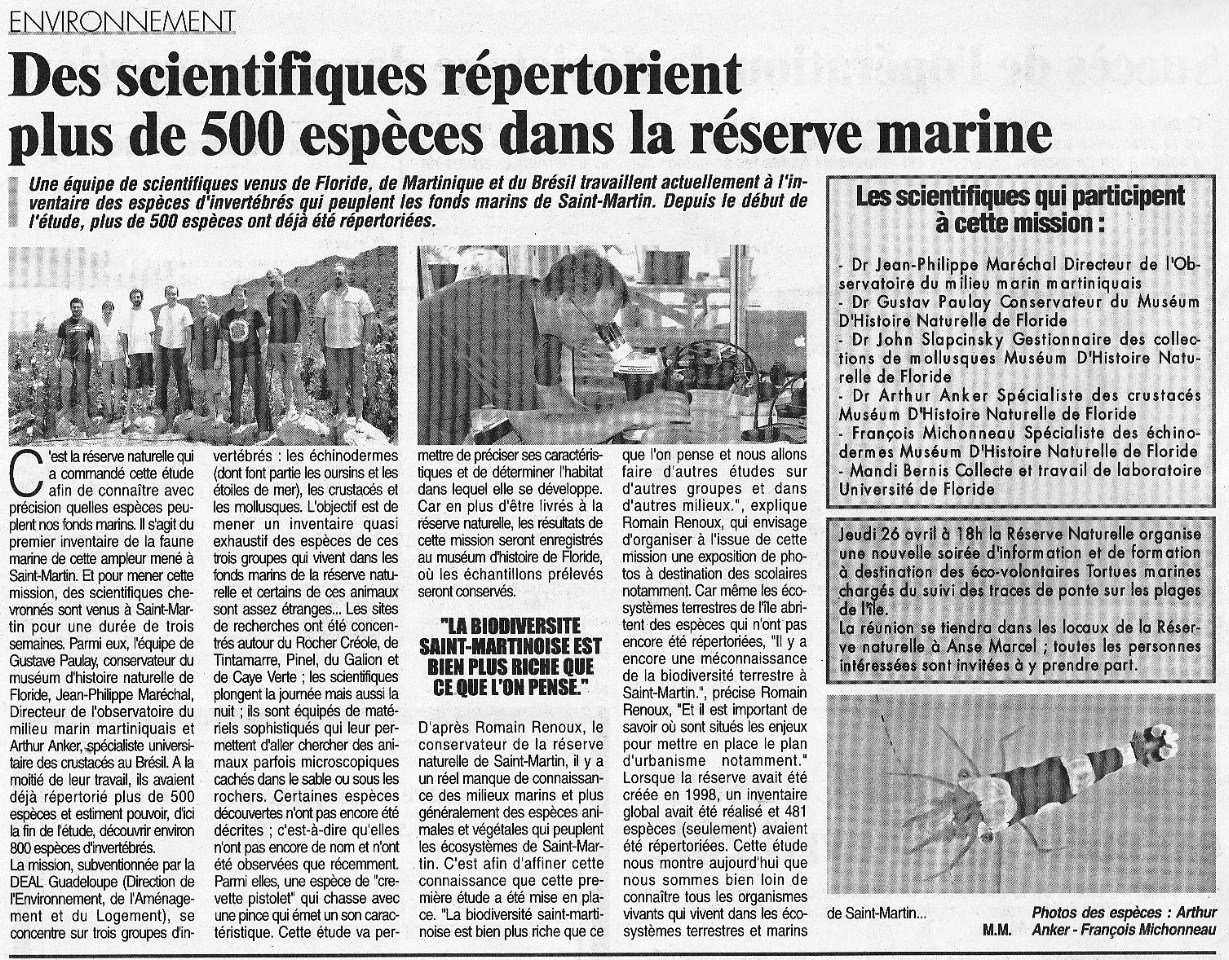 It was a great trip and everyone from the Reserve was a great host. Next step, cataloging!

One response to “St. Martin wrap-up”