A national holiday has come and gone. Yesterday marked the inauguration of the new Panamanian president. Stores and services closed earlier than usual, or never opened at all. If one were to have peered into the city, through the streets of Cinco de Mayo (marketplace), past the Mercado de Mariscos (fish market) and just west of Casco Antiguio (Old Panama), one would have seen an ebb and flow. Skirts and shirts and hair and hands pressed against each other in a crowd, edging towards the city. A mile or more of road had been shut down along the edge of the towers and the start of the water, in the intersection between canal and ocean. Newly erected stages housed singers and dancers, tents and vendors lined against the street, and carnival games interspersed for a street fair in celebration. 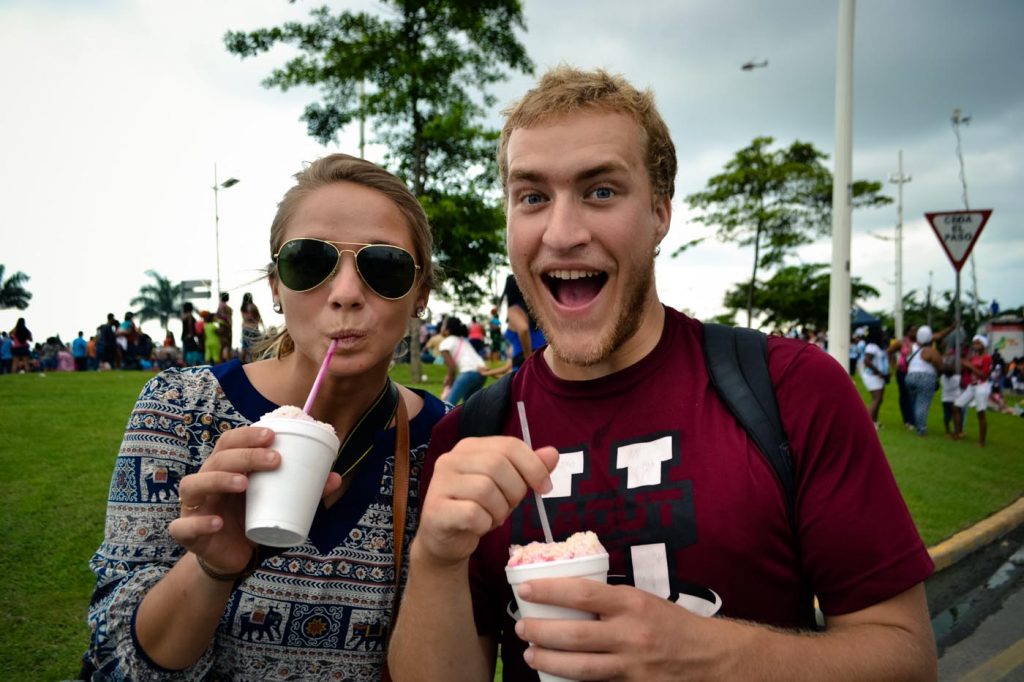 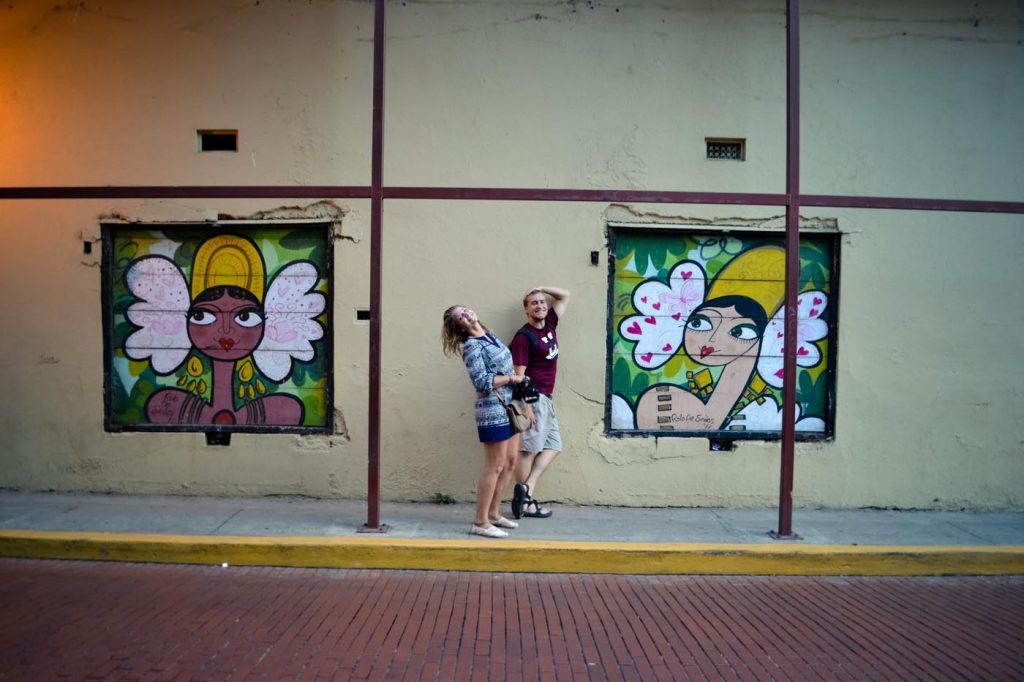 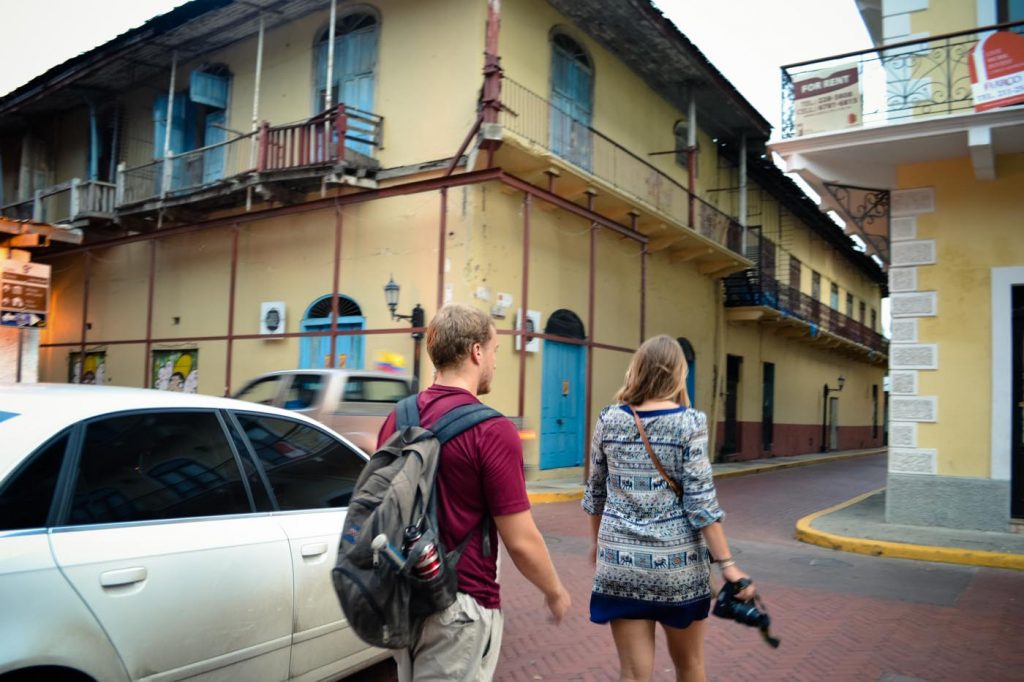 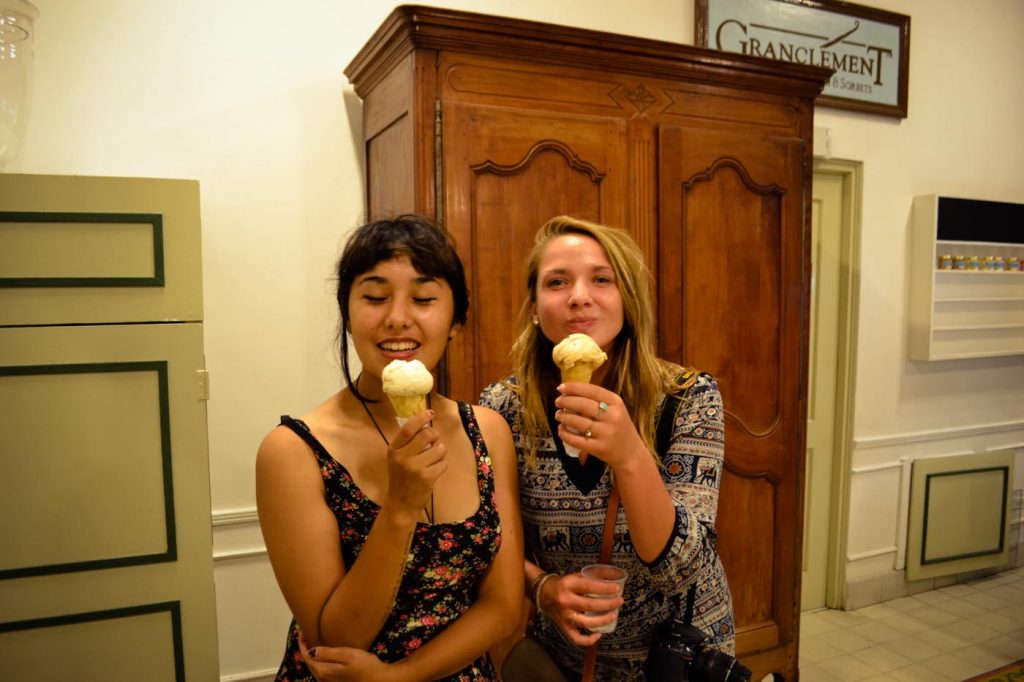 Often our trips to Casco Viejo include a stop at Granclement Ice Cream and Sorbets. Todays flavors: guanabana and dulce de leche. 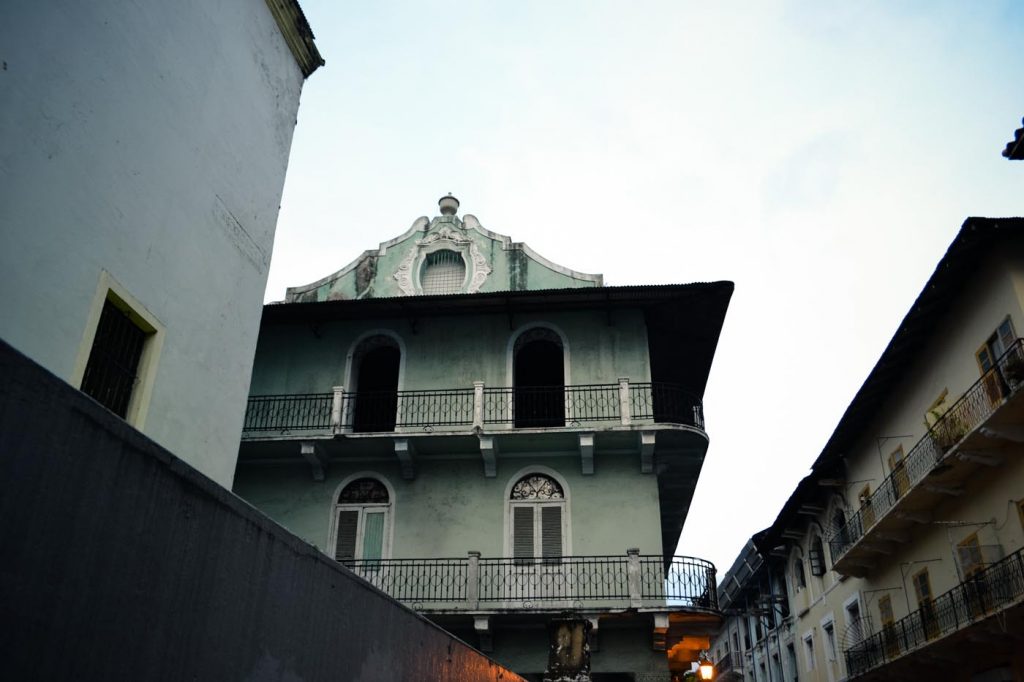 The buildings of Casco Viejo – the historic district of Panama, built and settled in 1600s. 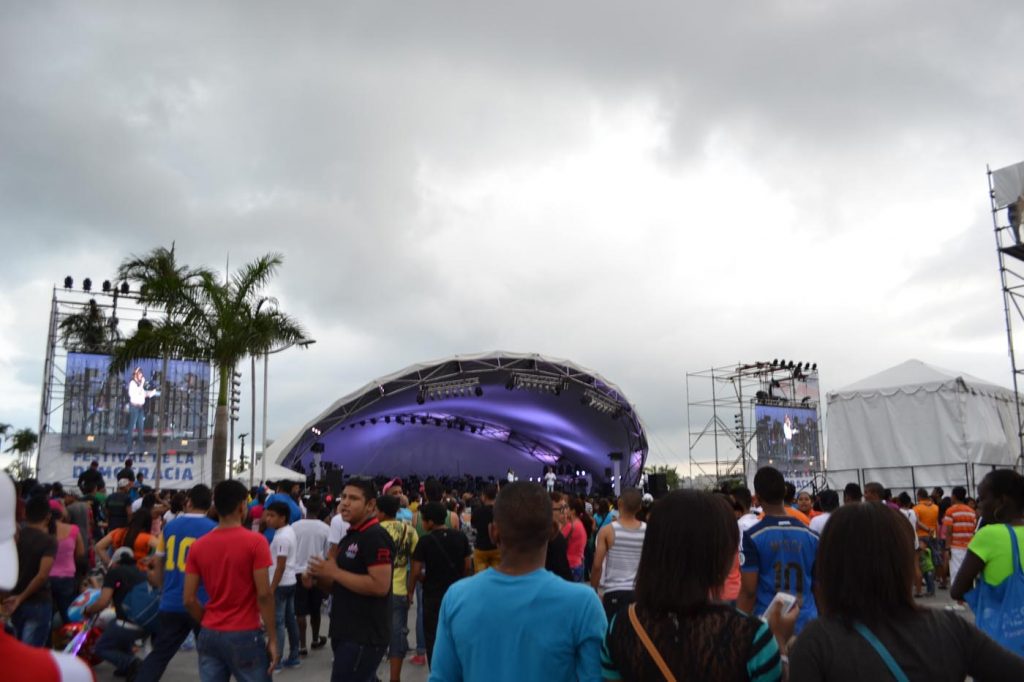 One of the few stages lined up against the pier – artists from around the country had been and would continue to perform throughout the day. 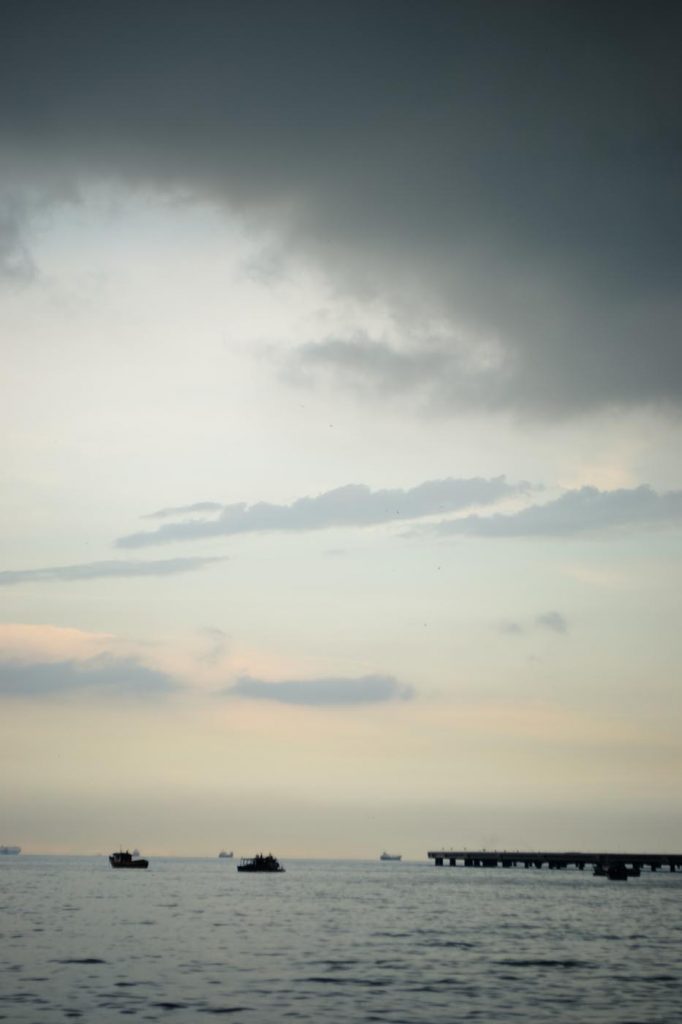 Clouds rise and the sun falls behind the canal. 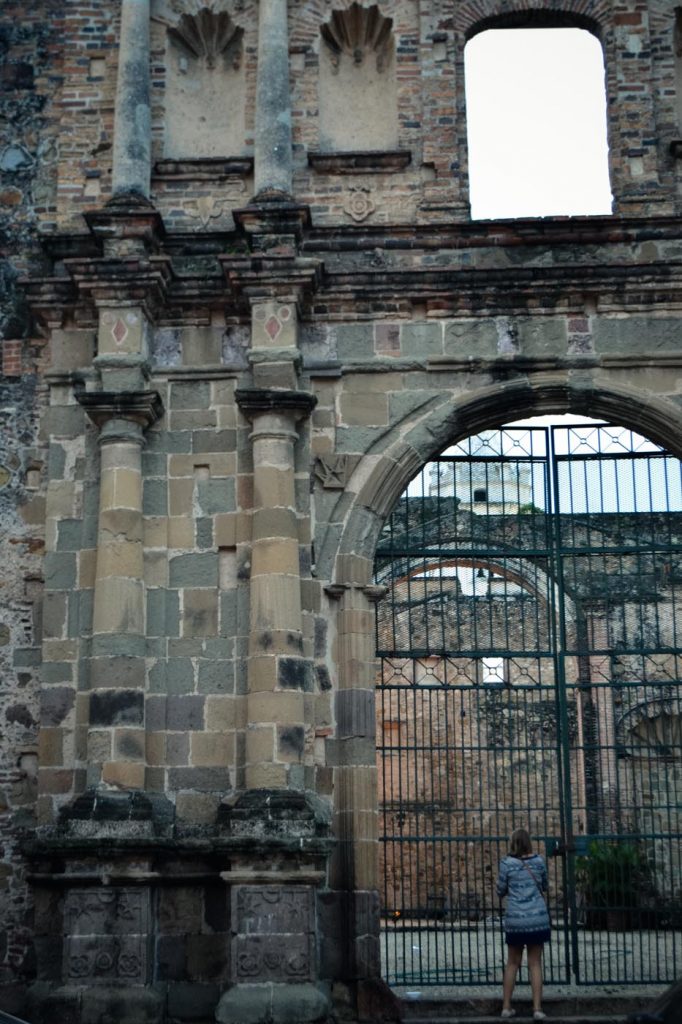 Interns at the gate!