Our research is focused on gathering biostratigraphic, paleoenvironmental, and biogeographic data that can be used to support investigations into the geologic evolution of the Panama region. Most of the effort has been applied towards studying the molluscan faunas of lithostratigraphic units in the Panama Canal area, which span the Eocene through Holocene. We are also studying key successions in neighboring sedimentary basins in Los Santos and Darien provinces. Our field techniques typically involve making collections with high stratigraphic resolution and taking bulk samples where feasible. We follow strict protocol in collecting accurate geographic (GPS recorded) and stratigraphic data (sections measured where possible) during specimen collection. 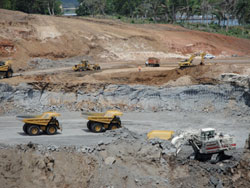 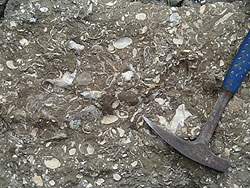 Specific projects in future will seek to describe: