Although over the past four decades I have been actively involved in research elsewhere (e.g., Pakistan, China), during this time I have focused my involvement in the Americas, including ongoing fieldwork in Bolivia (since 1978), and Panama (since 2003), as well as periodic projects in Mexico (1997, 2008). During 1994 I was a Fulbright Senior Research Fellow in Bolivia, where I conducted research and taught a class (in Spanish) at the Universidad Mayor de San Andres in LaPaz.

I am interested in students becoming broadly trained and better communicators of science to society. This is reflected by my Broader Impacts course as well as the new non-traditional graduate degree that I have been piloting with students from the UF biology and geology departments (see MacFadden and Mathis, 2010). My interest in outreach stems from my stint as Associate Director of Exhibits and Public Programs at the FLMNH plus my year (2009-2010) as a Program Officer at the National Science Foundation in the Division of Research on Learning (EHR) and Lifelong Learning Cluster. 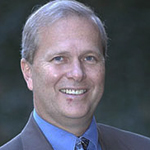 My research interests include marine mollusks as indicators of past and present environmental conditions. I am interested in exploring the isotopic records of mollusk shells from the Panamanian region to address questions of climate change, circulation patterns, and evolutionary responses to environmental stimuli. I am also interested in strontium isotopic dating of key marine sequences.

Since coming to the University of Florida, my most gratifying outreach activities have been related to participating in the annual Vertebrate Paleontology Division’s volunteer fossil digs. This has resulted in hundreds of volunteers, mostly local, helping us dig up fossils at important fossil sites in Northern Florida. Many of these volunteers also work in our fossil preparation laboratory. I regularly speak to the public at museums, schools, and fossil clubs. My research on fossil primates has, over the years, received a lot of attention in newspapers, magazines, and television. See for example: http://www.pbs.org/wgbh/nova/evolution/first-primates.html 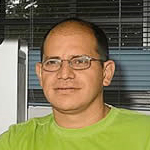 My research investigates the causes, patterns, and processes of tropical biodiversity at diverse scales of time and space. I intend to address questions from a paleobiological perspective (mainly using fossil pollen, spores and dinoflagellates), a point of view that is largely needed to understand and predict the behavior of biota in tropical ecosystems. I am also interested in Cretaceous-Cenozoic biostratigraphy and the paleobiogeography of Tethys. 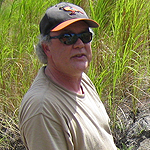 Vertebrate paleontology, biostratigraphy, and biogeography. My specific research areas are the Late Cenozoic vertebrates of Mesoamerica, Florida, the West Indies, and the southwestern U.S., with an emphasis on bats, rodents, and other small mammals. My specific contribution to the Panama PIRE project will be to screenwash and study small mammals and other small vertebrates from fossil sites along the Panama Canal. 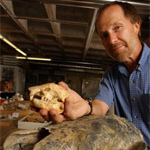 David W. Steadman is the Curator of Ornithology at the Florida Museum of Natural History. He came to the University of Florida in 1995, after being Curator of Vertebrates at the New York State Museum for 10 years. He has a B.S. in Biology (Edinboro State College), M.S. in Zoology (University of Florida), and a Ph.D. in Geosciences (University of Arizona). Dave’s primary research interests are the biogeography, paleontology, and community ecology of tropical birds. He has done research in more than 45 countries, including 150 different islands in the Pacific Ocean and Caribbean Sea. Dave is the author of 205 scientific publications, including Extinction and Biogeography of Tropical Pacific Birds, published by University of Chicago Press in 2006. His current research includes projects in Florida, the Bahamas, the Turks & Caicos Islands, Guyana, and Peru.

For the PCP-PIRE project, Dave is involved in studies of the evolution, systematics, and extinction of vertebrates in the Pearl Islands. His main role has been to mentor research by UF students, including the morphological and molecular evolution of landbirds (Andy Kilmer) and mammals (Jorge Pino, Ty Christian). He also is beginning to collaborate with UF student Nicole Cannarozzi and STRI archaeologists Richard Cooke and Máximo Gómez in the analysis and interpretation of rich assemblages of zooarchaeological materials (shellfish, bones) from prehistoric cultural sites in the Pearl Islands. These sites hold the key to understanding the extent of prehistoric human impact on both marine and terrestrial resources in this archipelago, which lies south of Panama City in the Pacific Ocean. 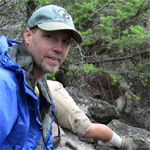 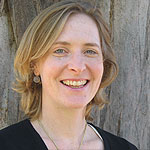 I am a carbonate geochemist and sedimentologist with expertise in a diverse set of techniques including radiogenic and stable isotope systems to address questions related to Earth’s past climate and sea level change. My research commonly emphasizes the use of multiple proxies to address the layered complexity present in single-proxy reconstructions. In the context of PCP-PIRE, I am particularly interested in developing paleoclimate reconstructions across marine and terrestrial environments in the Neotropics through time and in the relation between the evolution of climate with that of the local fauna and flora.

I spent seven years in Australia as a Postdoctoral Fellow and Research Fellow at the Research School of Earth Sciences, The Australian National University. In addition, I have participated as a shipboard scientist in the international research consortium of the Ocean Drilling Program (Leg 198, Shatsky Rise), conducted field work overseas (Australia, Seychelles), and am an active participant international scientific workshops and working groups such as PALSEA and the IPCC (Workshop on Sea Level Rise, 2010). 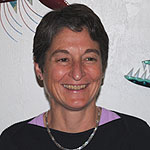 I am interested in the relationship between ocean circulation, carbon cycling and climate. To address this question, I study radiogenic isotopes (Sr, Nd, and Pb) preserved in deep sea sediments in order to reconstruct past ocean circulation and continental weathering patterns. Specific research projects focus on the timing and consequences of ocean gateway events, such as the opening of the Drake Passage in the Paleogene and the closure of the Isthmus of Panama in the Negoene, as well as oceanic pathways and ventilation of CO2 on glacial-interglacial time scales, and circulation patterns during intense greenhouse conditions and ocean anoxia in the Cretaceous. 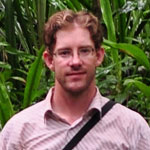 My research goal is to better understand plate interactions, transitions between specific tectonic regimes, arc magmatism, and the evolution of continental lithosphere. My philosophical approach to these research questions is to use whatever techniques are best suited to address a particular problem, and to investigate geologic questions at a variety of spatial lengths ranging from individual minerals to large-scale regional tectonics studies. However, most of my studies have been based on solid geologic fieldwork and mapping, with both larger- and smaller-scale inquiries arising from field observations. The field observations are augmented with microstructural, geochemical, geochronologic, and geophysical data sets to better understand the investigated phenomena. Many questions in tectonics and lithospheric evolution yield non-unique answers when addressed with single data sets, however with multiple independent observations one can be much more confident of the result.

In Panama, tectonic change is complex with an arc-continent collision inducing the shut-off of arc magmatism, proto-subduction and slab-window formation. Such tectonic factors interact during the rise of the isthmus, and have implications in terms of ocean circulation, climate change, and the distribution of marine and terrestrial biota. 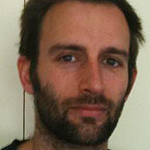 I am interested in the links between tectonics, climate and biological evolution. I mostly do climate modelling for the Cenozoic, focusing on the impact of mountain range uplifts (Andes, East African Rift System, Tibetan Plateau) and ocean gateways closure/opening on ocean, atmosphere and vegetation. During my PhD (2003-2007), I studied climatic parameters (West African monsoon, megalake feedbacks) controlling environmental conditions contemporaneous with the earliest hominoids from Chad. As a postdoc in Prof. Lisa Sloan’s lab at UC Santa Cruz (2007-2008), I focused on the impact of the Andes on South American climate and Humboldt Current dynamics. As a permanent researcher at CNRS, my project is to bridge the gap between paleoclimate studies and phylogenetics/paleontological data, in order to quantify the potential impact of climate changes on radiation/speciation events. In this perspective, I am involved in a 4-year French National Research Agency (ANR) project aiming at better constraining historical biogeography and phylogenies throughout the Cenozoic (Phylospace project, Alain Franc). 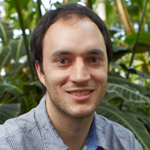 I am puzzled by the outstanding species richness in the Neotropics. To identify the potential causes responsible for diversification in the region, I reconstruct the place, time and conditions under which biotic radiations have taken place.

I am especially interested in combining recent insights and techniques from several fields of knowledge: botany and zoology; palaeontology, geology and molecular phylogenetics; ecology and systematics. I believe that only by combining evidence from each of these disciplines will we truly understand the origins and evolution of Neotropical biodiversity.

In this project we aim at using dated phylogenetic trees to infer biotic interchange across the Isthmus.