Dugout canoes have always fascinated people. There’s something about imagining yourself slipping quietly across the still water on a simple canoe while the natural world chirps and splashes around you.

The public is enthralled every time an ancient dugout canoe emerges from the depth of a river or lake. They want to know who made it and who used it. Florida is home to the largest recorded number of dugouts, including the world’s largest cache of prehistoric vessels—101 dugout canoes ranging from 500 to 5,000 years old found nearby at Newnans Lake in 2000.

With this wealth of dugout canoes to draw from, our researchers and exhibit designers created “Dugout Canoes: Paddling through the Americas.” It opened in 2010 and lived here in our museum for a few years before traveling to other museums around the country.

From the beginning it was important for this exhibit to be bilingual because it focuses on the importance of canoes to people across the Americas. The exhibit profiles the history and science behind dugout canoes, shows where in the Americas prehistoric dugouts have been recovered, how scientists study and preserve them, how they are made and used, and their cultural importance.

It features detailed dioramas of the Newnans Lake archaeological find and a 500-year-old dugout from Florahome, Florida. Visitors can sit in a Panamanian canoe, check out archaeologists’ tools, read field notes and interpret archaeological clues. There are also many artifacts on display, including a full-scale modern dugout from the Pacific Northwest, canoe models and toys, and fishing gear that dates back hundreds of years. 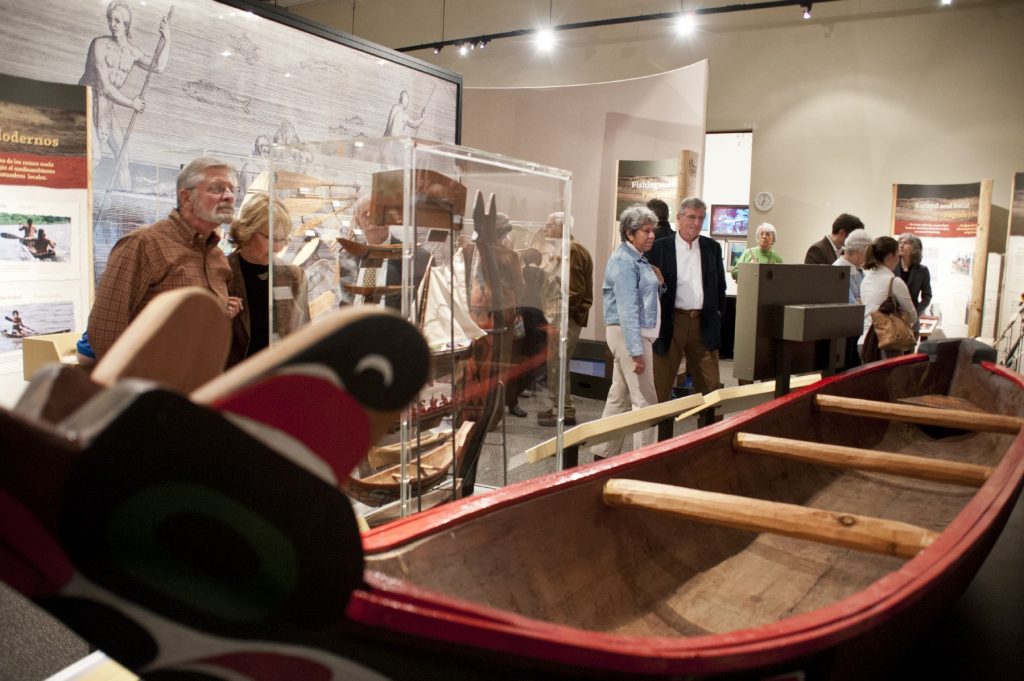 Guests can see an example of a modern dugout canoes in the exhibit. Florida Museum photo by Kristen Grace 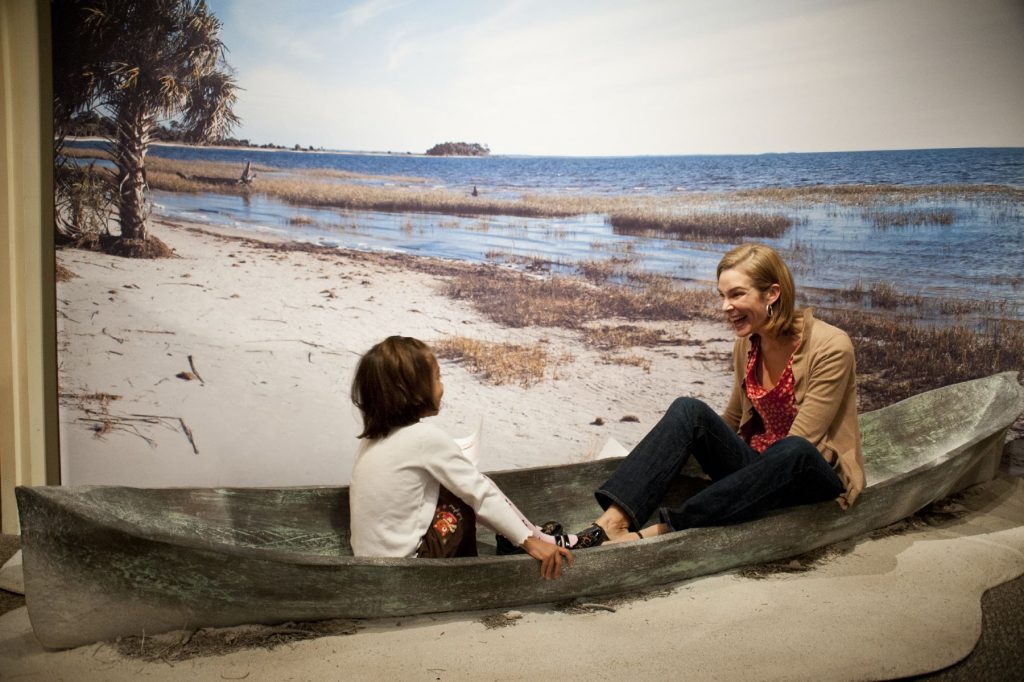 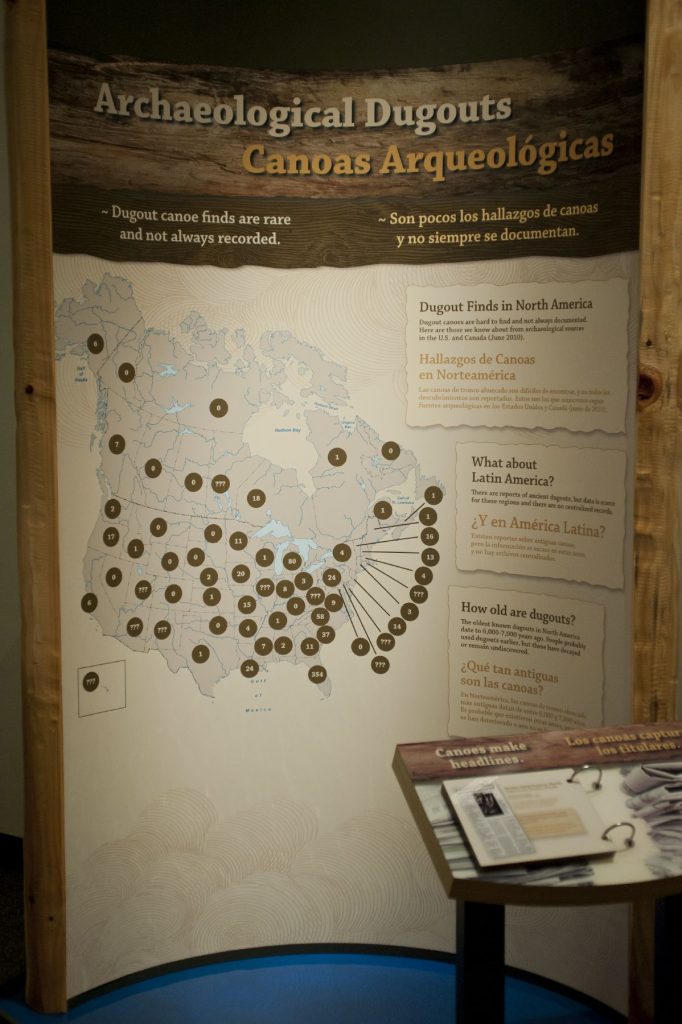 Bilingual panels show where in the Americas prehistoric dugouts have been recovered. Florida Museum photo by Jeff Gage 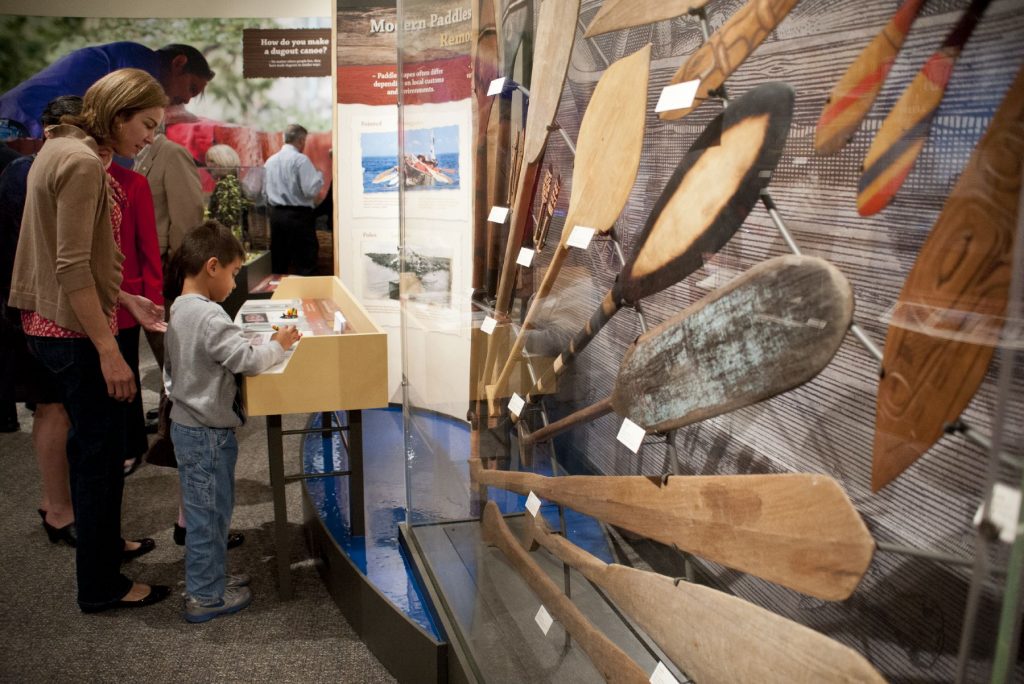 The exhibit has a collection of modern paddles from across the Americas and guests can use a stencil to draw and decorate a paddle. Florida Museum photo by Kristen Grace 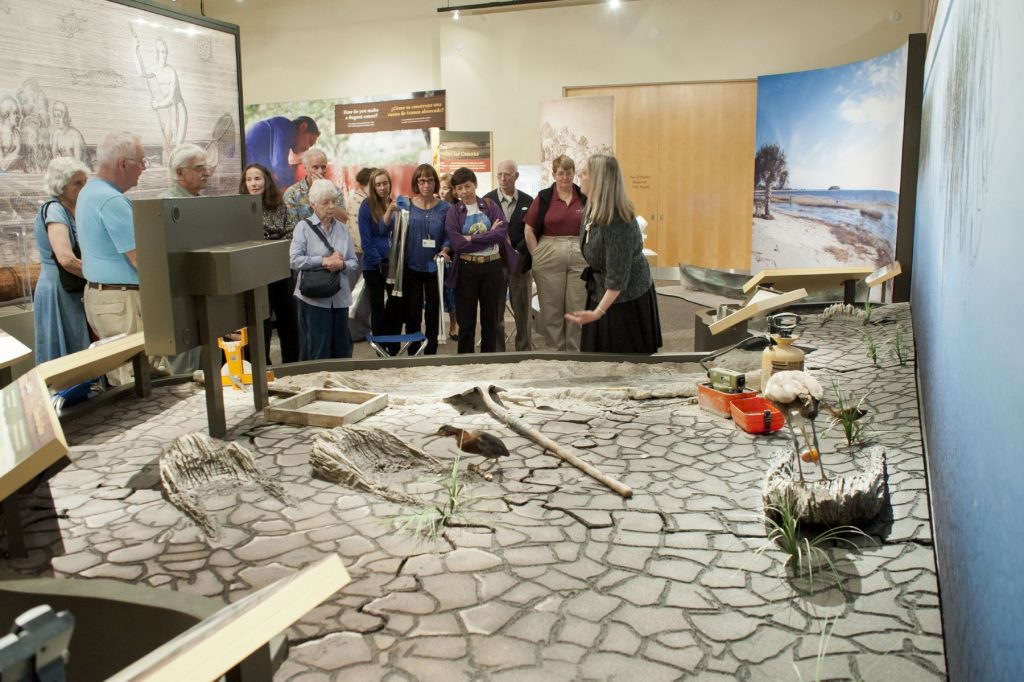 The exhibit features a detailed diorama of the Newnans Lake archaeological find. Severe droughts in 2000 exposed the largest group of prehistoric dugouts ever found. Florida Museum photo by Jeff Gage

What happens to exhibits?

Because this exhibit traveled to museums across the country, many visitors were able to enjoy it—and needless to say, it got a little wear and tear. Traveling exhibitions typically remain on the road for a limited number of years to minimize damage to components and artifacts. As is the nature of traveling exhibits, we started thinking about what will happen to it as it ages. Although it’s normal to retire them, we hoped there could be a longer life for this one because it’s so relevant to Florida’s history.

We reached out to the Silver River Museum nearby in Ocala to see if they were interested in displaying some exhibit components. After initial conversations, we were excited when Silver River Museum Director Scott Mitchell announced they could take the entire exhibit!

Darcie MacMahon, Florida Museum director of exhibits and public programs, said she is thrilled the exhibit will be displayed near the Silver River, a waterway where dugouts were used throughout prehistory and which is still a popular place for canoes and kayaks.

“Dugout canoes are a well-engineered form of travel that has served people well for thousands of years in Florida and broadly across the Americas,” MacMahon said. “Why use your feet if you can move more quickly and easily by canoe? And indeed people have traveled, traded and communicated by dugout, often over very long distances, for a very long time.”

Partners in serving the public

The Silver River Museum received a generous donation from the Felburn Foundation to add a new wing and showcase the canoes exhibit. The addition will increase their exhibit space by nearly 50%. Silver River hopes to complete construction and open the exhibit in 2020. The Ocala-based museum was a perfect fit due to its proximity and the long-term partnership between the two institutions.

“This works out great for the Silver River Museum. We’re getting a world-class exhibit,” Mitchell said. “I’m most excited about the volume of kids who will be exposed to the prehistory of Florida in a fun and educational manner.”

Mitchell said the museums’ partnership dates back to the inception of the Silver River Museum in 1991, and he wanted to keep that going when he was hired as director in 2004.

The Silver River Museum, located in Silver Springs State Park, is part of the Marion County public schools system. The museum hosts more than 10,000 schoolchildren annually and is open to the public on weekends and for special events throughout the year with the support of the Florida Department of Environmental Protection.