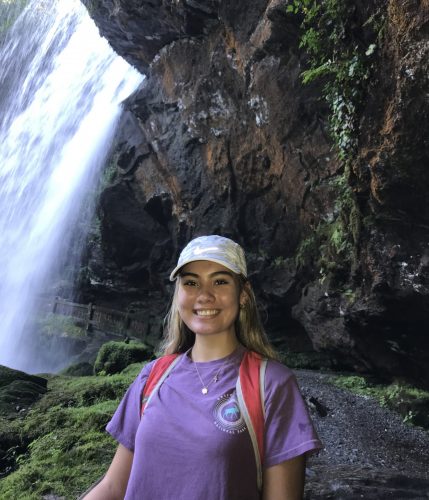 Jocelyn Kreider is an undergraduate student from Gainesville, Florida earning a degree in sustainability studies at the University of Florida. After graduation, Jocelyn plans to pursue her MBA with a concentration in sustainability. She hopes to work as a sustainability consultant who helps businesses implement more sustainable practices that promote environmental conservation. Outside of work and classes, Jocelyn enjoys spending her time reading and being outdoors. 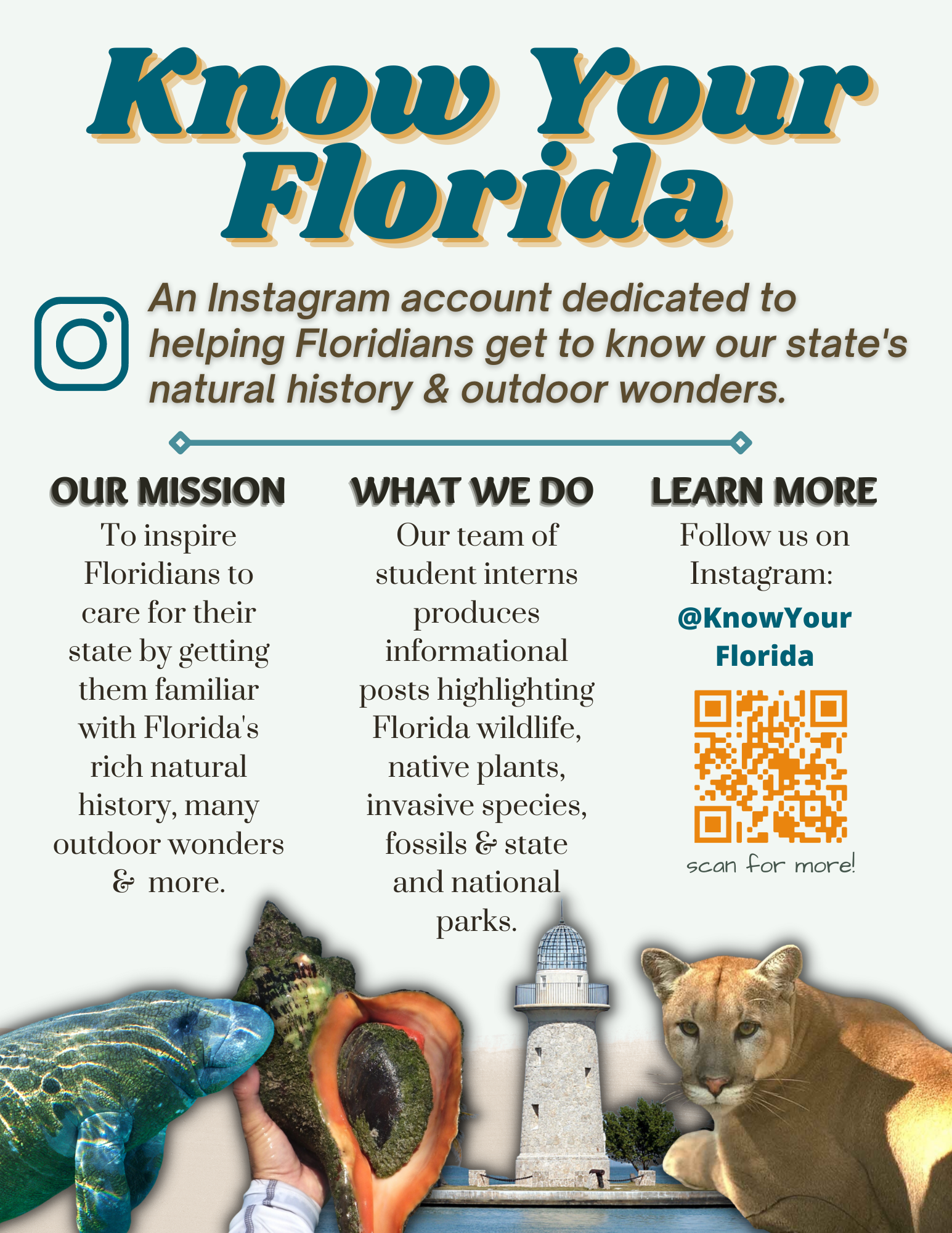 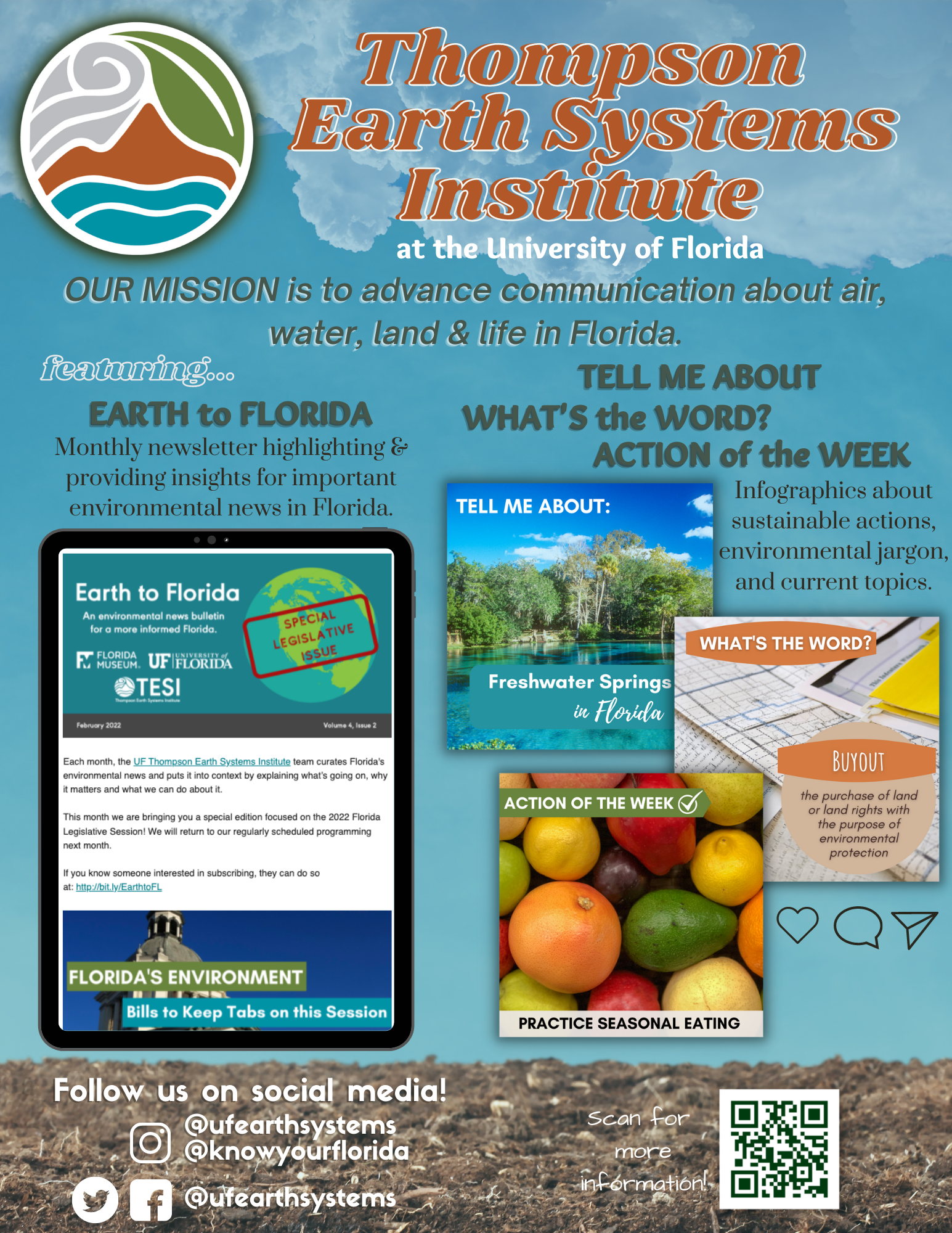 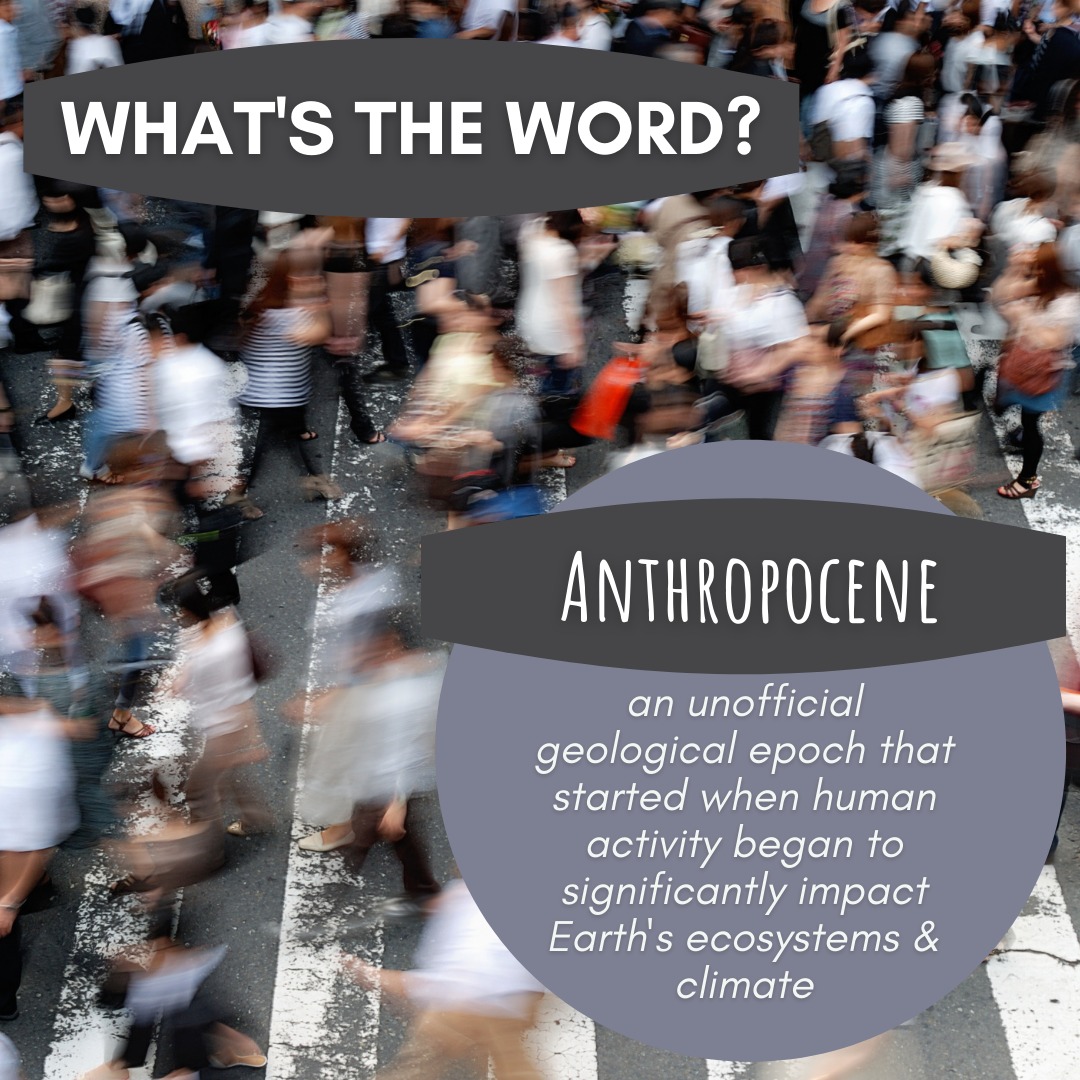 The Anthropocene refers to the unofficial, most recent epoch in Earth’s history that is marked by the start of human activity having a significant impact on the planet’s ecosystems and climate. An epoch is a geological unit of time that is based on changes within Earth’s layers and the fossils in these layers. The word “Anthropocene” stems from the Greek words anthropo, meaning “man”, and cene, meaning “new”. The International Union of Geological Sciences (IUGS) is the organization in charge of officially naming and defining epochs. Officially, the Earth is in the Holocene epoch. When considering whether or not the Anthropocene should be an official epoch, members of the IUGS have to determine if human actions have changed the Earth’s systems to a point that changes the rock strata. Amongst scientists who do think the Anthropocene is a new geological time period, there is much debate over when it actually began. One theory is that the epoch started with the Industrial Revolution in the 1800s, since the increase in industry activity resulted in increased carbon and methane emissions in the atmosphere. Another theory is that the first atomic bomb test in 1945 marks the beginning of the epoch. Others think that it began in 1950 during the Great Acceleration, a time defined by a dramatic increase in human activity. Info from National Geographic Society. #WhatstheWord#Anthropocene#Anthopogenic#Holocene#Epoch#GeologicalHistory#EarthsHistory 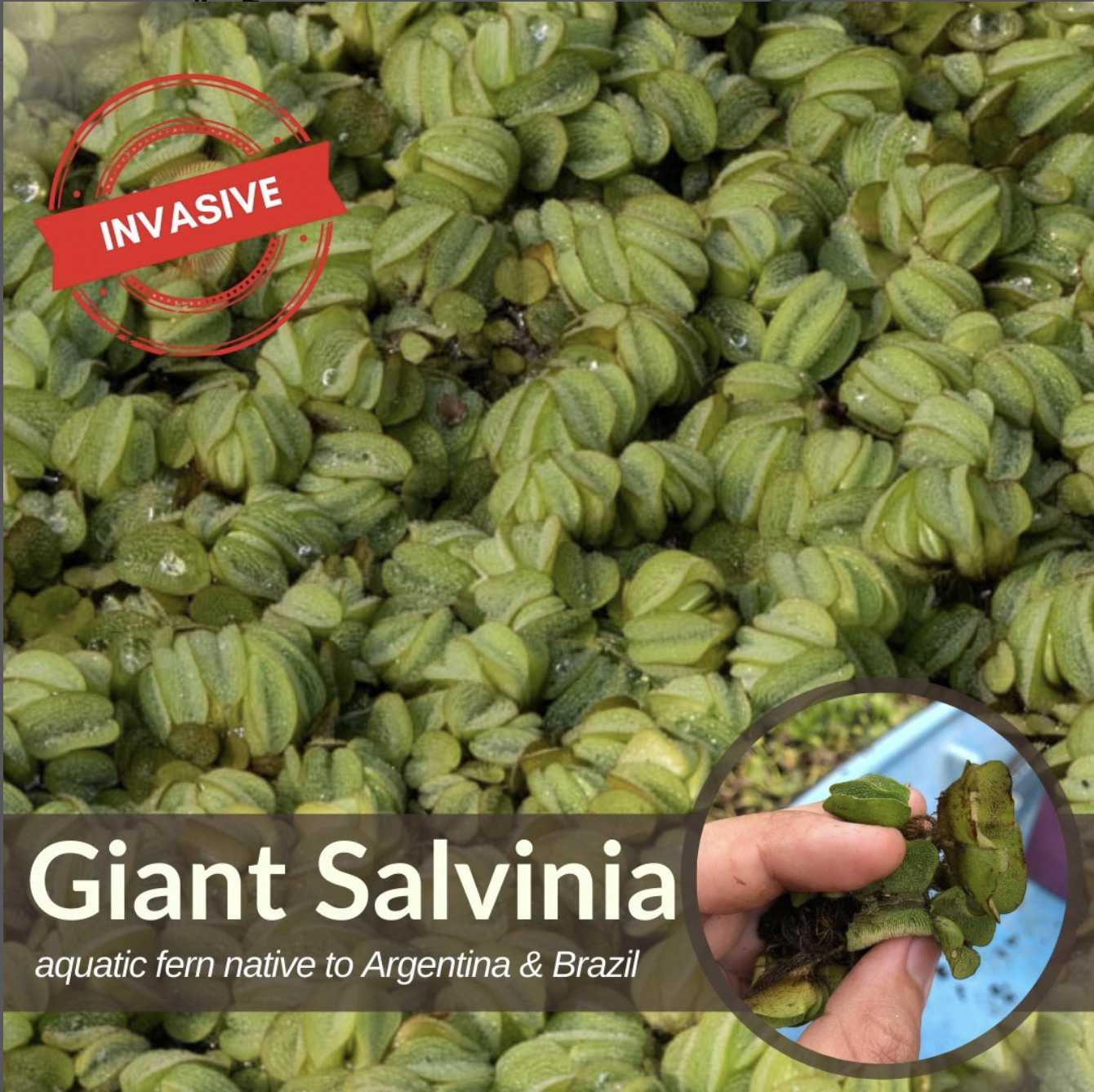 A plant native to northern Argentina and southeastern Brazil, giant salvinia can be found in north, central, and southwest Florida growing in dense canopies atop ponds, lakes, and rivers. Giant salvinia is an aquatic fern that likes nutrient-rich and warm freshwater. It varies greatly in form and structure based on habitat conditions, but is always green in color and has a hairy exterior. ⁠ ⁠ This plant is considered invasive in Florida and spreads aggressively across long distances. Because it forms dense mats of vegetation, giant salvinia shades out native species underneath the water’s surface, leaving behind large, bare areas at the bottom. Additionally, giant salvinia can negatively impact activities dependent on open bodies of water, such as boating and fishing. ⁠ ⁠ Info from UF/IFAS. Photo from iNaturalist users Laura Kushner (CC-BY-NC) and calebtheriot (CC-BY-NC). ⁠ ⁠ #KnowYourFlorida #FloridaInvasivePlant #InvasivePlant #GiantSalvinia #SalviniaMolesta #Fern #Florida #FloridaPlants 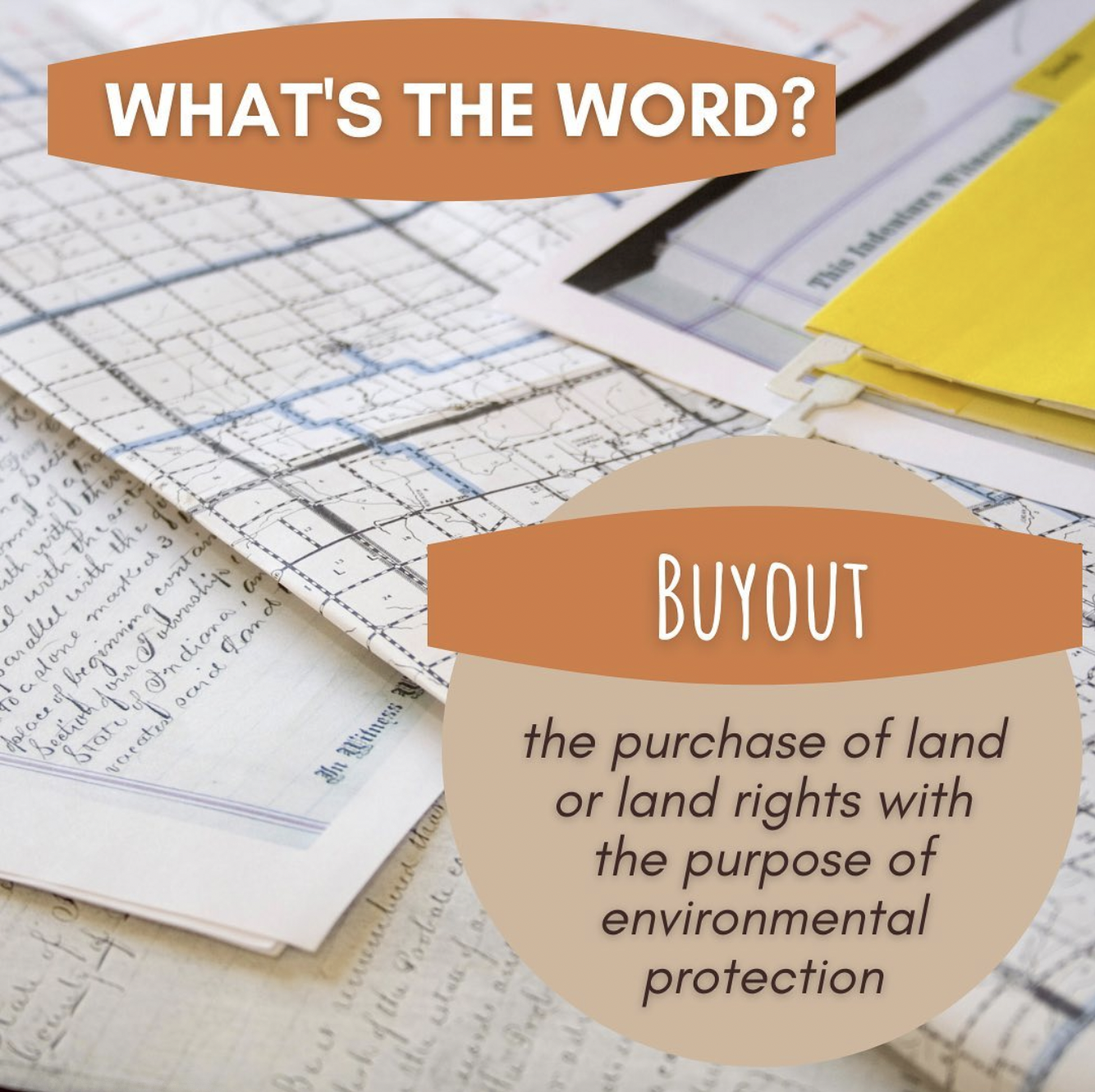 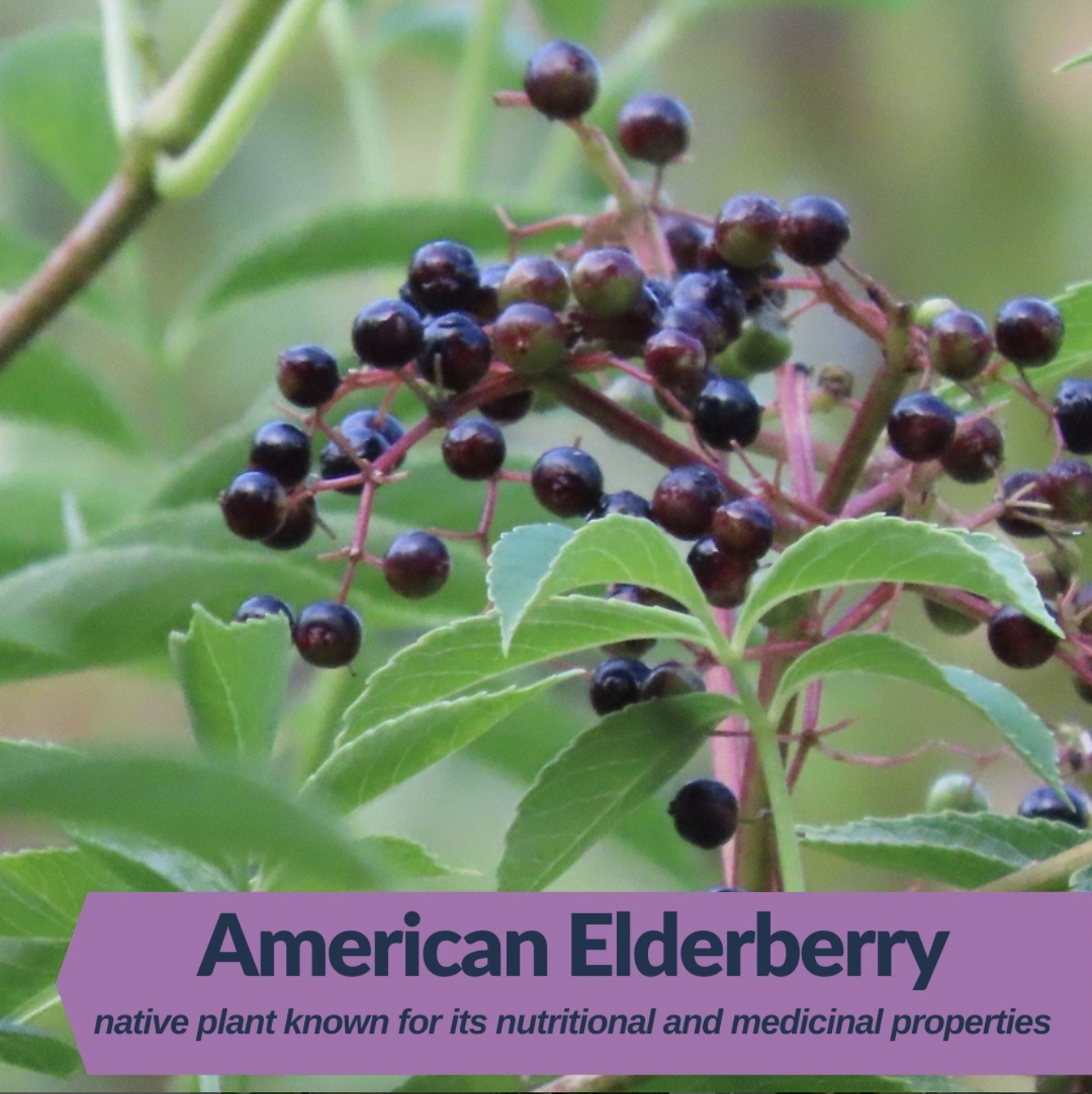 The American elderberry is a plant native to Florida that grows throughout the state in swamps, on the banks of canals, and other areas. This plant is best known for its nutritional and medicinal properties. It features clusters of fragrant, white flowers and produces groups of dark, fleshy berries. A note of caution — according to UF/IFAS, these berries can be toxic when raw, but edible when cooked. Since the elderberry plant is similar in appearance to poisonous water hemlock, it is best to leave elderberry foraging to the experts. Elderberries are used in the pharmaceutical and health industries for their high amount of antioxidants, and Indigenous populations are said to have used elderberries to treat stomach aches, sore throats, and symptoms of the common cold. Today, elderberries can be found in a variety of food and wellness products through which people can enjoy their sweet and tart flavor. ⁠ ⁠ Info from UF/IFAS and Purdue University’s Issues in New Crops and New Uses. Image from iNaturalist user obrock (CC-BY-NC). ⁠ ⁠ #Florida #KnowYourFlorida #WildFlorida #FloridaNature #NativePlantsOfFL #AmericanElderberry #Elderberry #Fruit#Berry #NativePlant #FloridaNativePlant

Tell Me About: Offshore Drilling in Florida

Fossil fuels are being extracted off the coast of our state through a practice known as offshore drilling. This type…

Action of the Week: Practice the 7 R’s of Waste Management

You’ve likely heard the saying “reduce, reuse, recycle”, but did you know there’s even more you can do to help…

To pair with the rest of our educational content in each Earth to Florida newsletter, we bring you monthly updates…