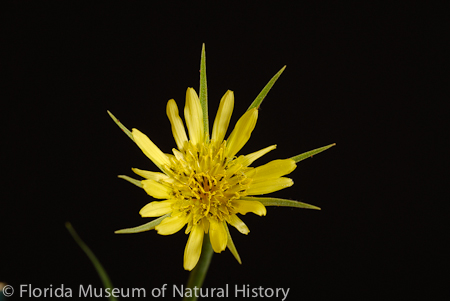 Cytological studies have shown many newly formed allopolyploids (neoallopolyploids) exhibit chromosomal variation as a result of meiotic irregularities, but few naturally occurring neoallopolyploids have been examined. Little is known about how long chromosomal variation may persist and how it might influence the establishment and evolution of allopolyploids in nature. In this study we assess chromosomal composition in a natural neoallotetraploid, Tragopogon mirus, and compare it with T. miscellus, which is an allotetraploid of similar age (~40 generations old). We also assess whether parental gene losses in T. mirus correlate with entire or partial chromosome losses. Of 37 T. mirus individuals that were karyotyped, 23 (62%) were chromosomally additive of the parents, whereas the remaining 14 individuals (38%) had aneuploid compositions. The proportion of additive versus aneuploid individuals differed from that found previously in T. miscellus, in which aneuploidy was more common (69%; Fisher’s exact test, P=0.0033). Deviations from parental chromosome additivity within T. mirus individuals also did not reach the levels observed in T. miscellus, but similar compensated changes were observed. The loss of T. dubius-derived genes in two T. mirus individuals did not correlate with any chromosomal changes, indicating a role for smaller-scale genetic alterations. Overall, these data for T. mirus provide a second example of prolonged chromosomal instability in natural neoallopolyploid populations.