This semester I was presented with a very unique opportunity in which I was able to help dig up fossils for UF’s vertebrate paleontology class. Throughout my visits to the dig site, I think I was really able to learn firsthand about all of the different aspects of what goes on at the site and how much work it is to unearth these fossils for study. It was really interesting to see the community of people at the dig site, as everyone was always eager to share what they had found or look at someone else’s find. Just being able to see some of the fossils that others had found was super exciting, even if I wasn’t finding anything myself.

The first day I went out to the site, I was definitely nervous about messing something up or breaking a fossil when removing it from the substrate. I had just received so many instructions about all of the various tools used at the site, and I was definitely feeling a bit overwhelmed. I spent the day digging in the really hard clay and it was so hard to get through the ground, and I was afraid of accidentally fragmenting the fossils when trying to even break through the dirt’s surface. But I definitely relaxed over the course of the day and was able to find a lot of cool things for my bone bag! I found a turtle shell and worked on removing that for most of the day, and I also just found a bunch of miscellaneous small fossils throughout the process. 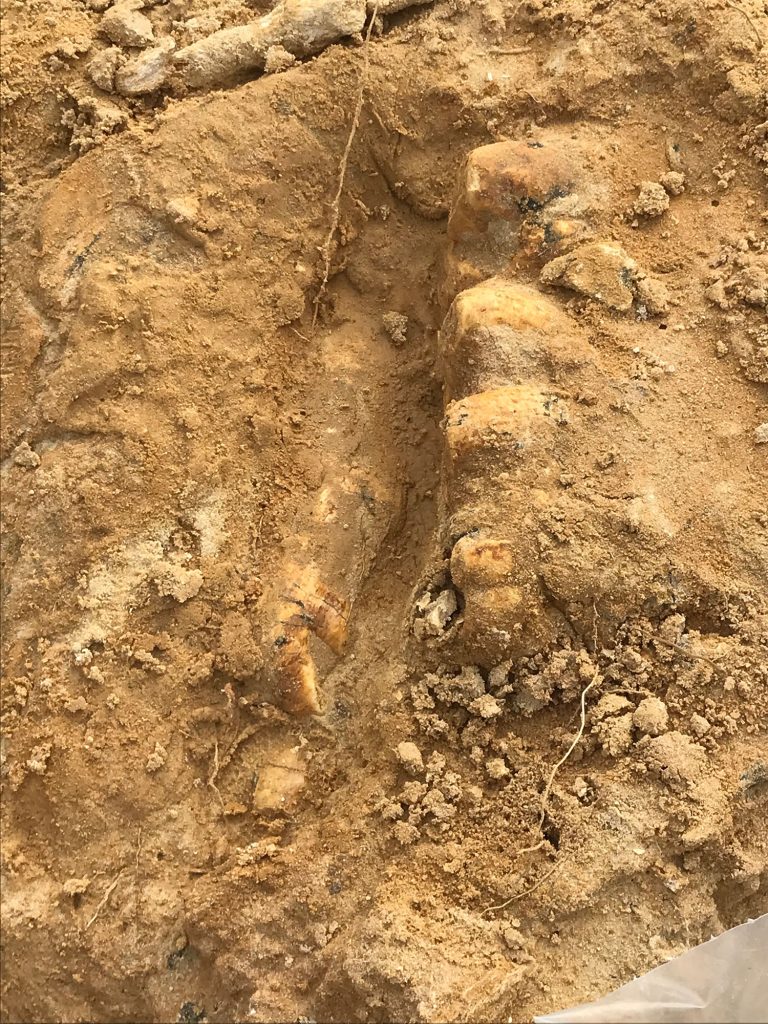 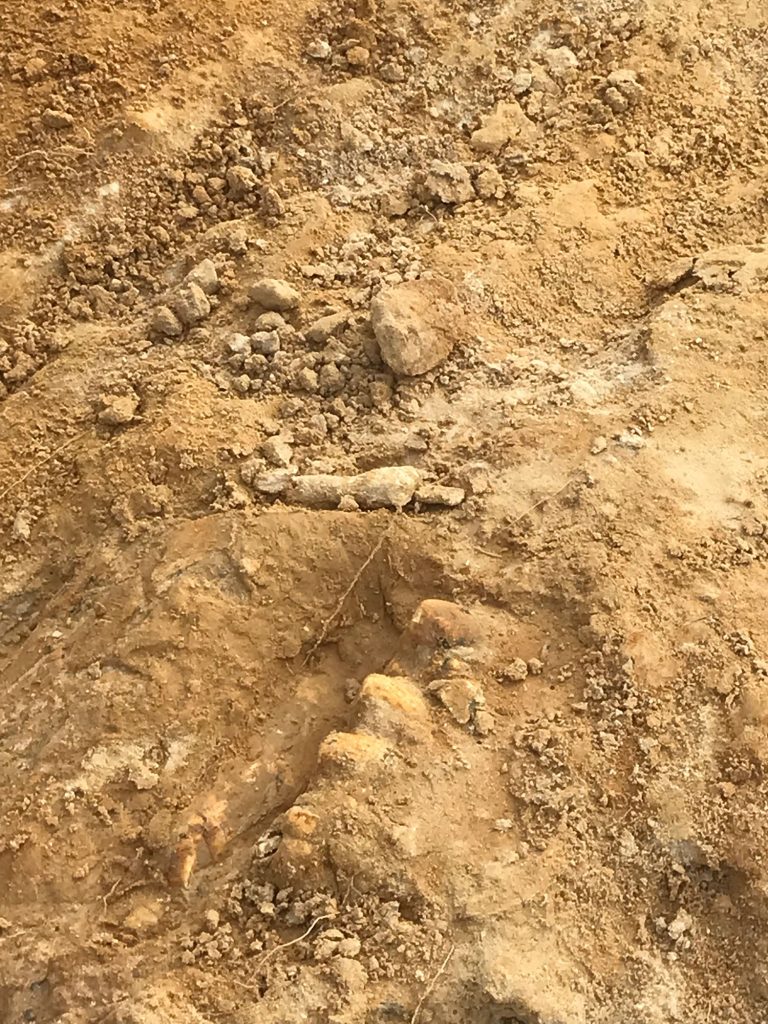 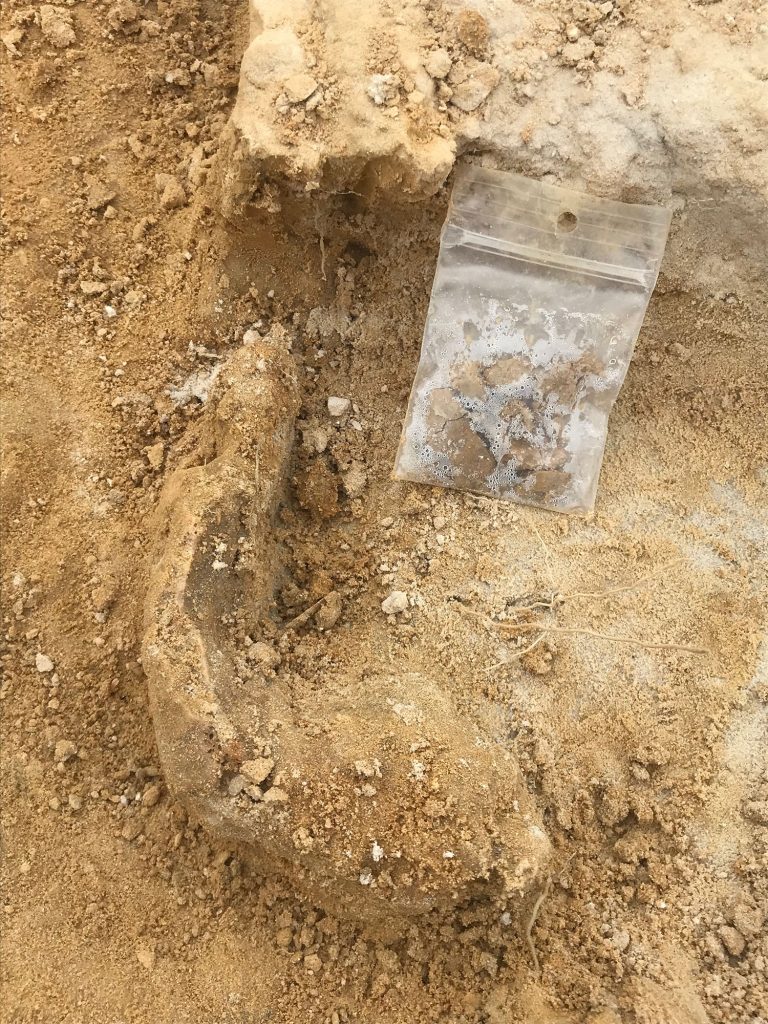 The third day I went out to the site I was helping to prepare a gompothere jaw for extraction. I spent a lot of time removing dirt around the edges of the fossil and then leveling out the rest of the square. I then got to watch the plaster get made for the jacketing and help put all of the strips on the fossil to create the jacket which was really cool. And messy! This was definitely my favorite part of digging at the site this entire semester. After the jacket had dried and hardened, I helped to flip it over, remove it from the ground, and then help carry it to the van. 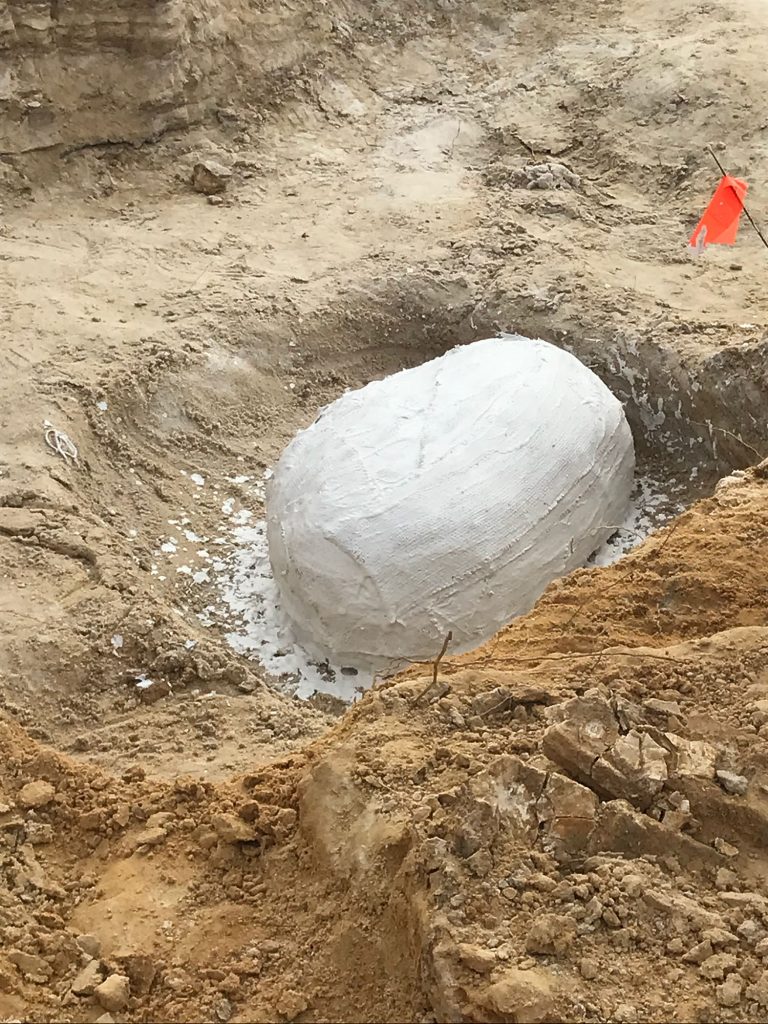 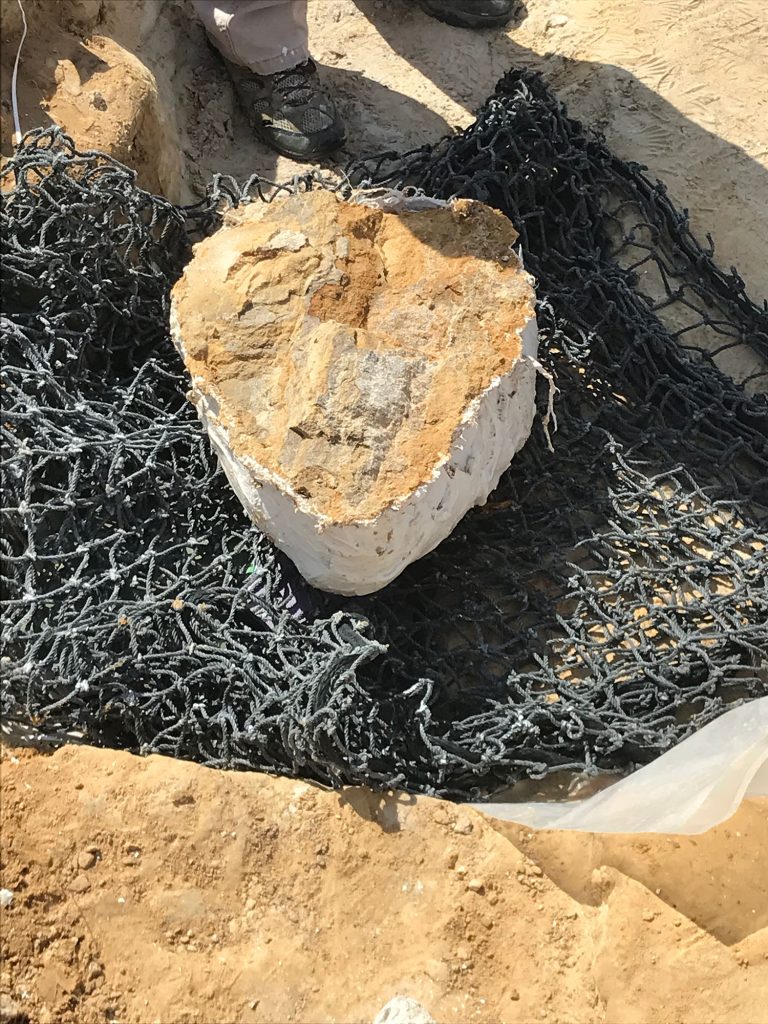 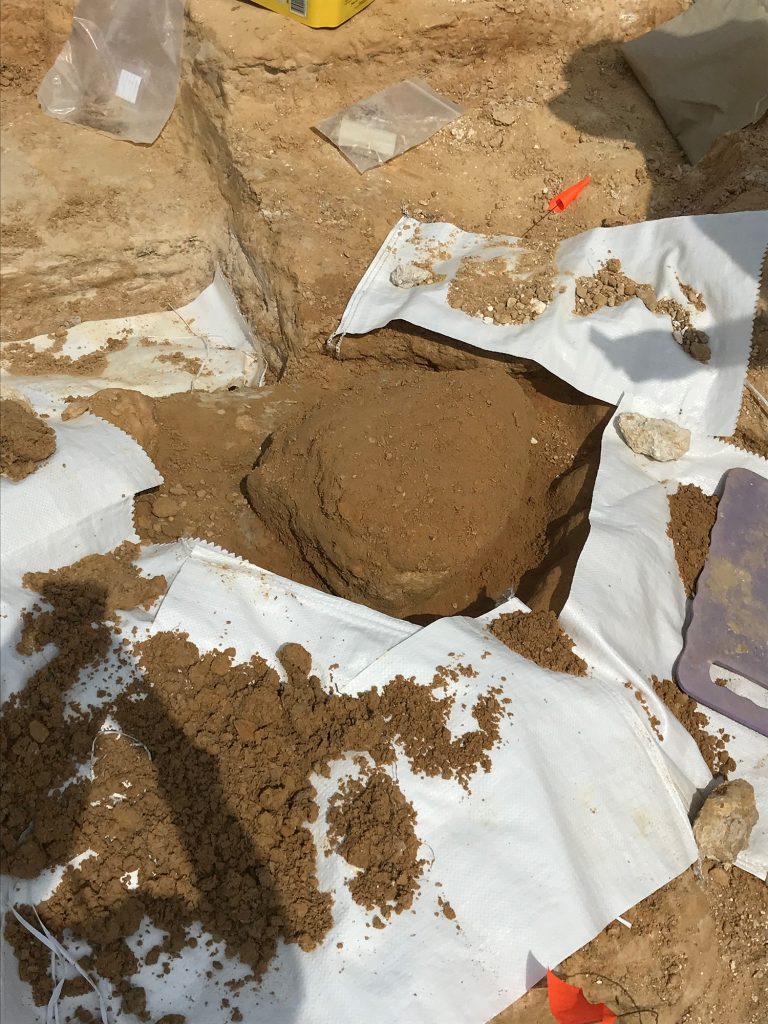 Fossil being prepared for jacketing. Photo courtesy of Rachael Dean

My second and fourth times to the site were spent in a different area with different substrate that was much drier and easy to remove. I essentially spent the entirety of my second day just lowering the square down without finding anything. The fourth time was relatively similar to this experience, but I did find a couple small miscellaneous fossils here and there. Even though I wasn’t finding anything I didn’t mind just clearing away the dirt, as someone has to do it and it just means that whatever is hidden in my square is a bit closer to the surface for someone else to find one day.

Every time I went out to the site, things were always different. The large fossils that had previously been in the ground had been jacketed and removed, yet there were new finds present at the surface of a different square just waiting to get worked on. It was really interesting for me to see how the site changed over the course of the semester, even if it wasn’t really that long in the grand scheme of things. I definitely learned a lot from this valuable experience and am glad that it was something I was able to do.