Basis of name: Wood et al. (1941) based the name of this LMA on the Clarendon Fauna from Donley County, Texas. This well-studied fauna is based on over two dozen individual localites found a few miles north and northeast of the town of Clarendon, which formed the basis for the name of the fauna, and hence the LMA (Schultz, 1990). Clarendonian faunas are also known from California, Oregon, Nevada, and New Mexico from the western US and from Oklahoma, Nebraska, and South Dakota from the central US. Of these, the localities from Nebraska are the most significant and rich, and also collectively span the entire Clarendonian interval. The Lapara Creek Fauna is the youngest of a series of stratigraphically superposed vertebreate fossil localities in southern Texas that range from the Arikareean to the Clarendonian (Tedford et al., 1987; 2004). Because of their relatively close proximity, these faunas from the Texas Coastal Plain are frequently very similar to those of contemporaneous faunas from Florida.

Significant Cl2 localities and faunas in Florida: Agricola Fauna, including Gray Zone sites of the Phosphoria Mine and the Agricola Road Site in the Hookers Prairie Mine; St Johns Lock 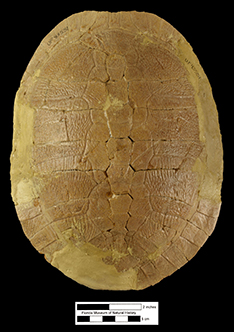 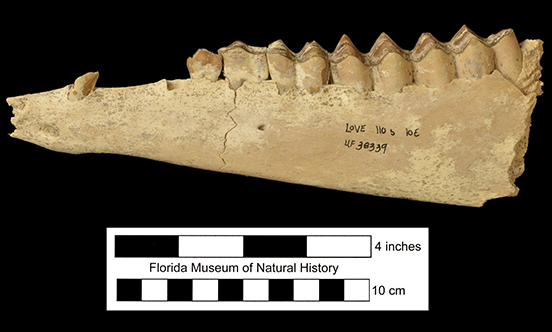 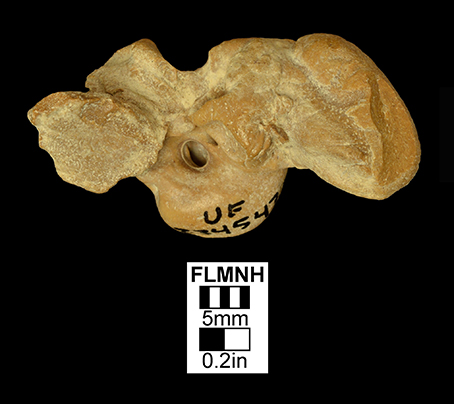 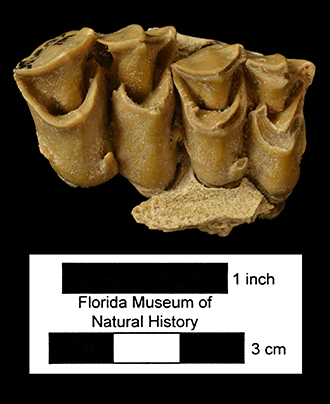 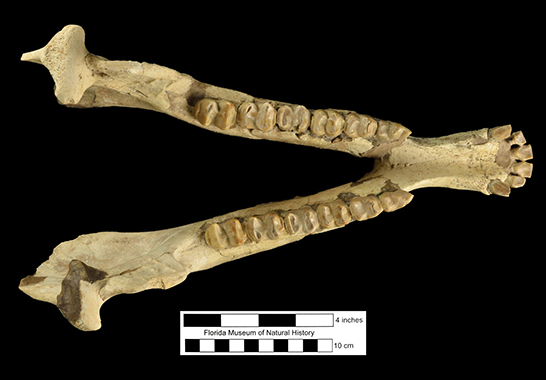 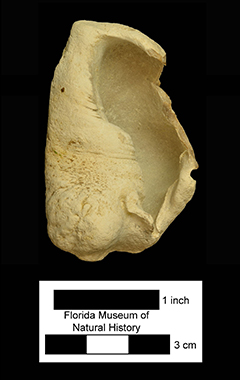 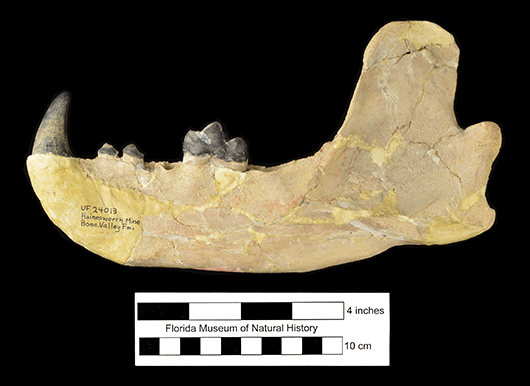 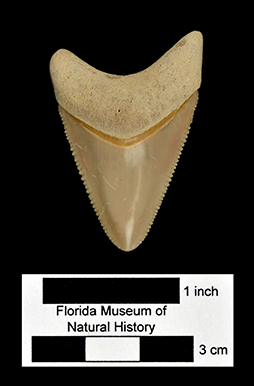 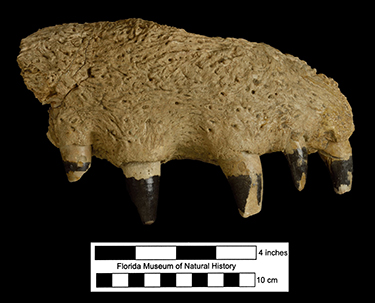 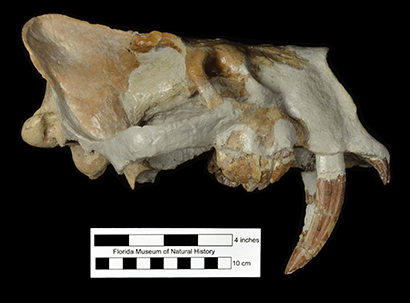 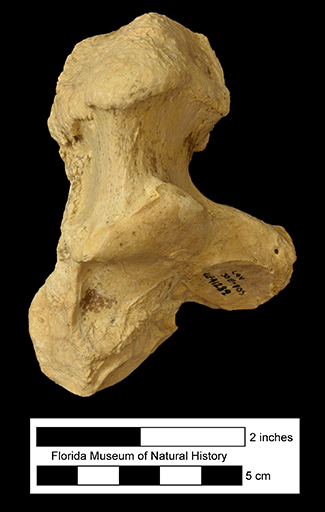 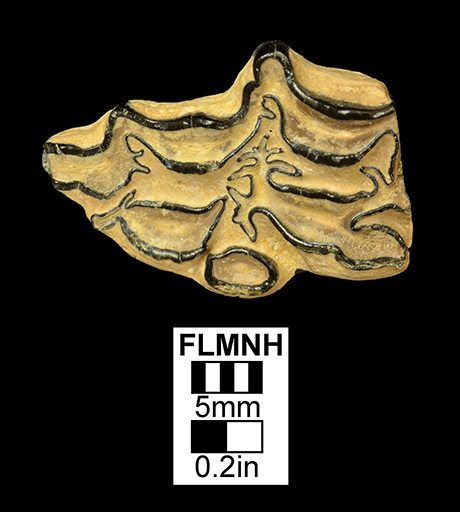 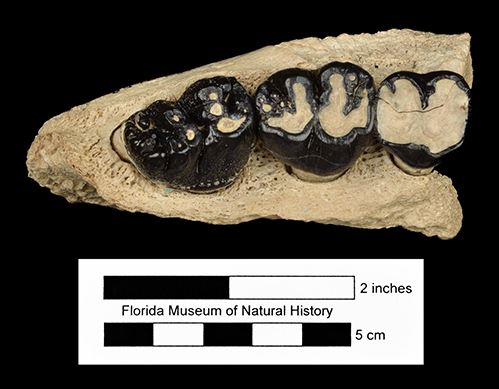 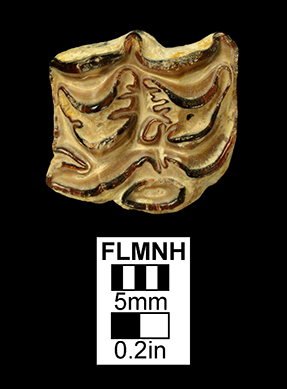 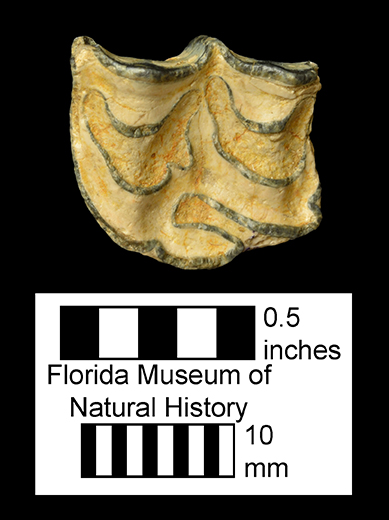 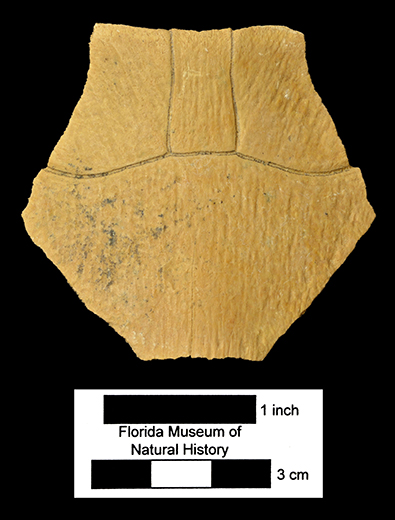 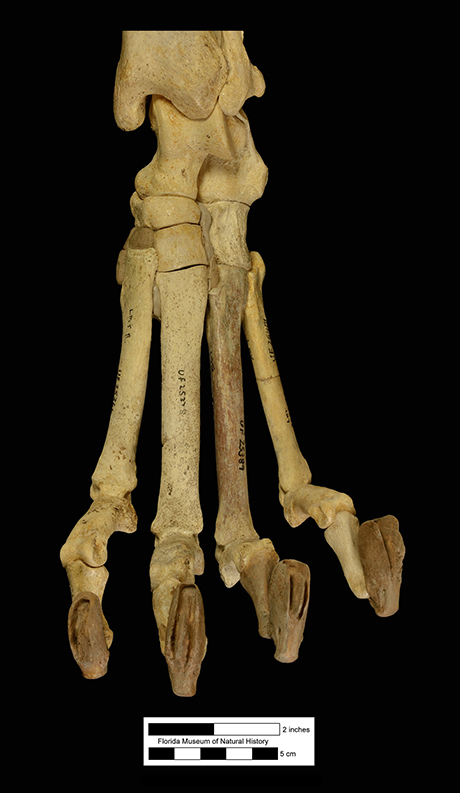 Major extinctions: For the most part, extinctions during or at the end of the Clarendonian affected taxa that were once common during the Barstovian or Hemingfordian, but which had gradually declined in diversity and abundance through the Clarendonian in the face of competition from more advanced, related taxa. The Cl2 interval witnessed the extinction of the horse Merychippus, the protoceratid Paratoceras, and the early bear Hemicyon (Tedford et al., 2004). Extinction at the end of the Cl3 was more severe, and affected the following taxa known from Florida, the dog Aelurodon, the squirrel Petauristodon, the beaver Eucastor, the bear-dog family Amphicyonidae, the oreodont family Merycoidodontidae, the small artiodactyl family Moschidae, and the browsing horse subfamily Anchitheriinae (Tedford et al., 2004).

Comments: Most of our knowledge of Clarendonian vertebrate life in Florida comes from the late Cl3 Love Bone Bed and the early Cl2 Agricola Fauna. Each of them includes both a marine and terrestrial component. In general, their marine faunas are very similar, while there is significant turnover in the terrestrial fauna, primarily at the species level. Common marine fossils include the sharks Carcharhinus, Negaprion, Galeocerdo, and Carcharocles, myliobatid and rhinobatid ray teeth and spines, the dugong Metaxytherium floridanum, small baleen whales of the family Cetotheriidae, teeth of dolphins from the extinct family Kentriodontidae, and teeth, rostrum fragments, and ear bones of the long-snouted dolphin Pomatodelphis. The predominant large herbivores of the Clarendonian in Florida are a diverse array of horses, the rhinos Teleoceras and Aphelops, and the four-tusked elephant-like Gomphotherium. Up to 11 species of horses lived together in the Clarendonian savannas of Florida, with usually two or three species of Calippus, two species of Cormohipparion, along with single species of Pseudhipparion, Neohipparion, Nannippus, “Hipparion,” Protohippus, and Pliohippus. In addition to great diversity, horses were also very abundant, with their teeth and bones making up a majority of the land mammal fossils. Diversity of artiodactyls was also high (at least eight families present), but they tend to be found in lower numbers than the horses. Of the artiodactyls, the camelids are generally the most common. The dominant carnivores are borophagine canids (Aelurodon, Epicyon) and the cat-like, sabertoothed barbourfelids (Albanosmilus, Barbourofelis).

Three types of mammals first appear in the Cl3 of Florida that continued to be common through the end of the Pleistocene, and, in two cases, up to today. These are the sigmodontine rodents, represented by the species Abelmoschomys simpsoni; the true cats (Felidae), represented by Nimravides galiani; and the tapirs (Tapiridae), represented by Tapirus webbi. Members of these taxa are known from Florida in every subsequent land mammal age (Hulbert, 2001).

Our knowledge of small land vertebrates from the Clarendonian of Florida remains poor compared to larger species. Some fossils are known but remain mostly unstudied. But a more complete picture will require new fossil sites with rich microvertebrate assemblages.