Endangered Butterflies in a Changing Climate

The Miami blue is a small blue butterfly found only in Florida and is one of the most critically endangered butterflies in the United States.

Today, the only known wild populations can be found in the Key West and Great White Heron National Wildlife Refuges in the Florida Keys. They occur on isolated islands and can be found along beaches. 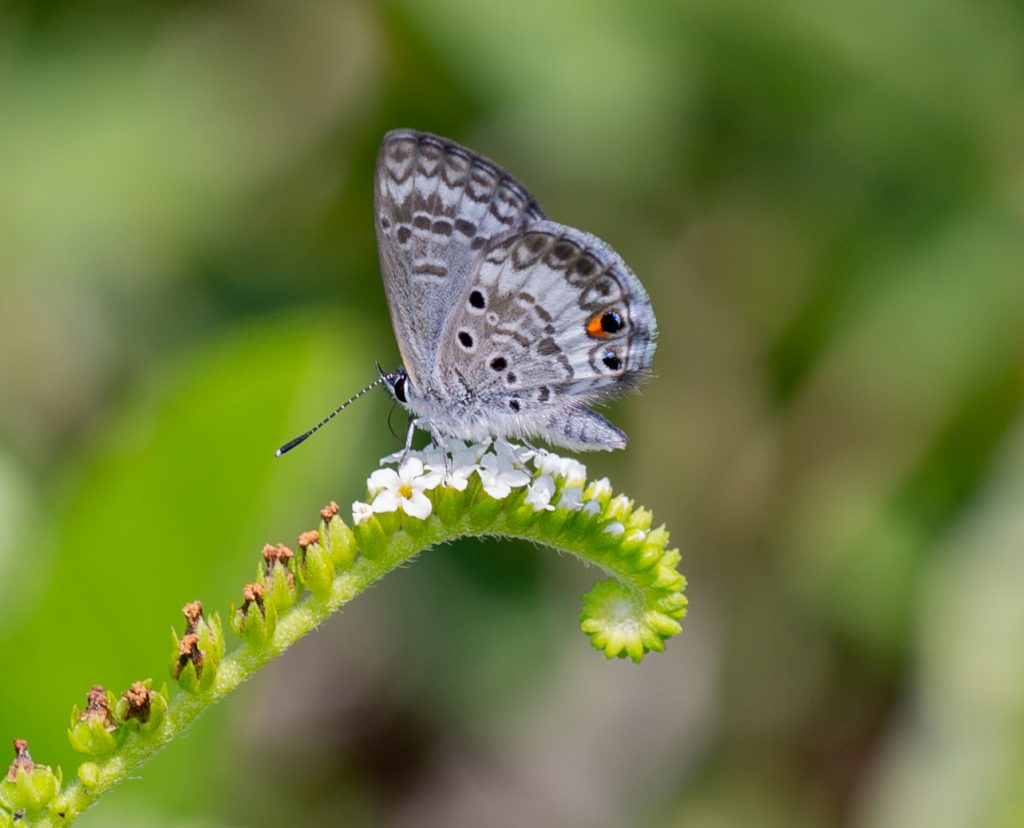 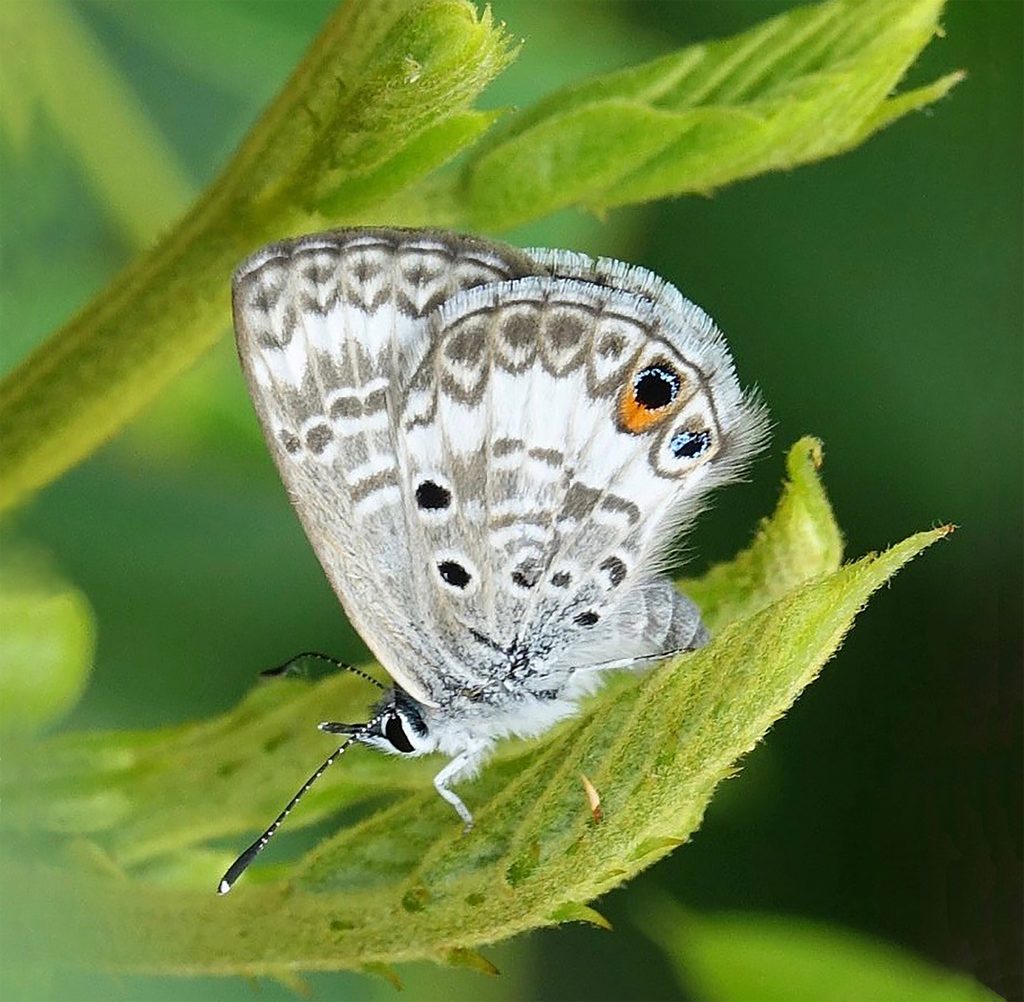 After finding a mate, female butterflies will lay eggs on a preferable host plant. Photo Courtesy of Susan Kolterman 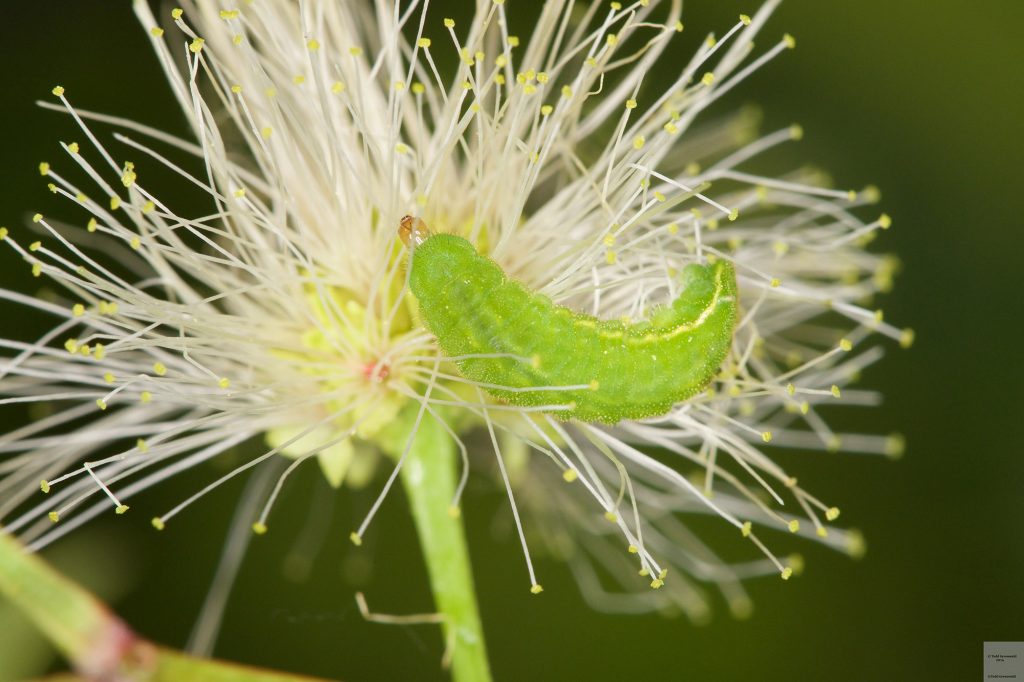 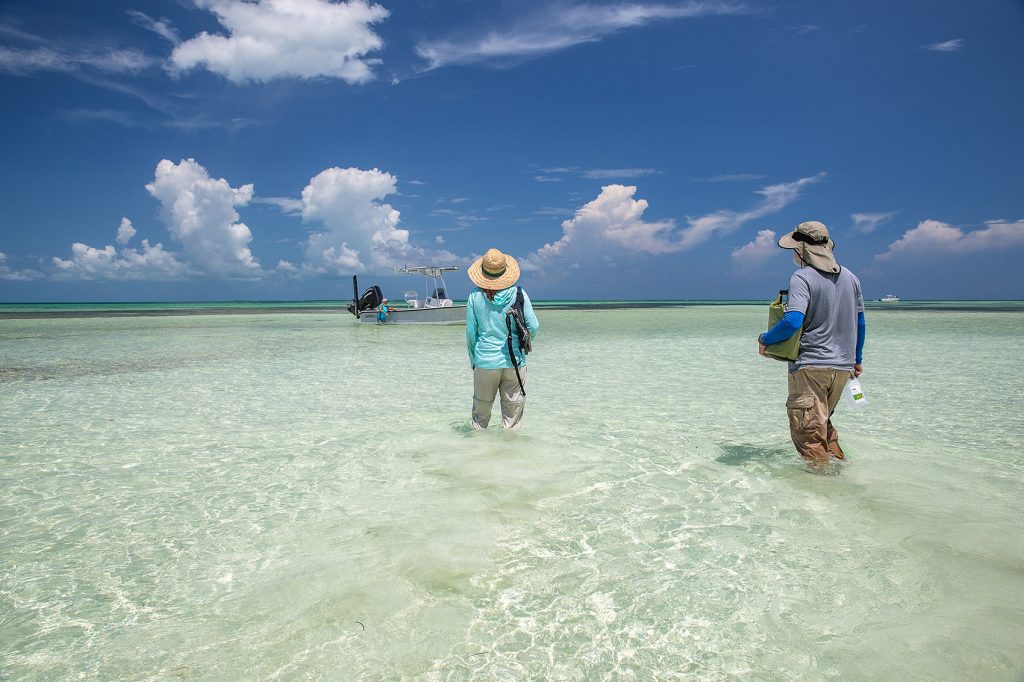 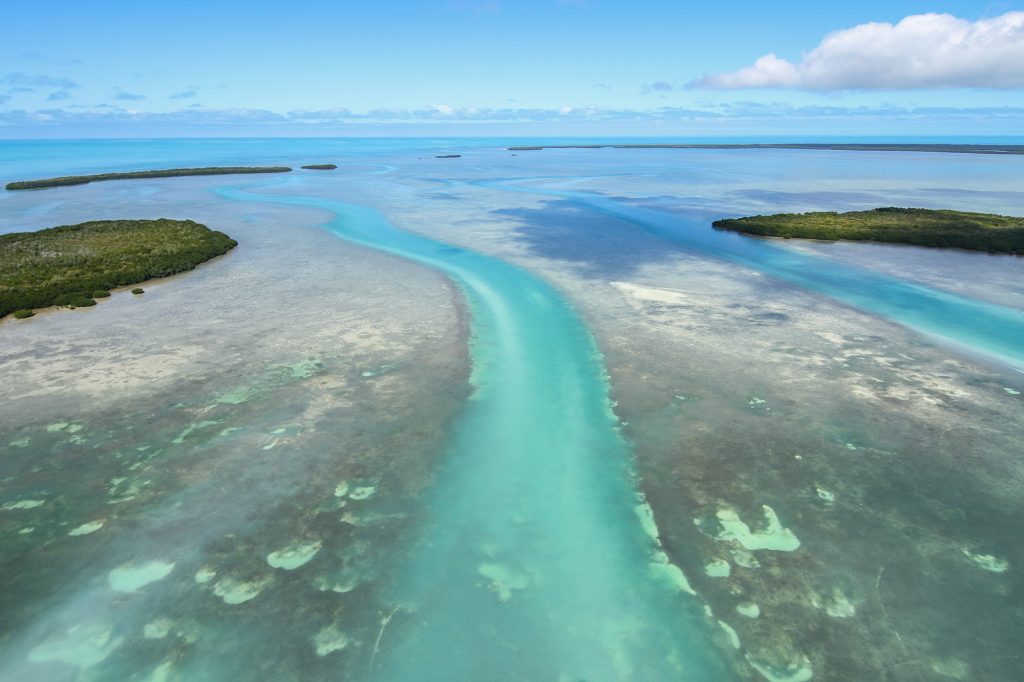 Habitat of the Miami Blue Butterfly

The Florida Keys are composed of over 1,000 small islands and contain a variety of different habitats. The Miami blue butterfly thrives in these coastal areas, especially along beaches.

These beach ecosystems are dynamic places that change with shifting sands and storms. Beaches in the Florida Keys are harsh environments, exposed to high winds, salt water spray and occasional flooding, extreme heat, and seasonal droughts. These beaches are home to a diverse array of plants and animals that are uniquely adapted to these conditions.

The Miami blue’s host plants, Keys blackbead and grey nickerbean, are both common on South Florida beaches. In addition to their host plants, the Miami blue butterfly also requires nectar flowers in order to survive. Some of their preferred flowers include scorpion tail (Heliotropium angiospermum) and snow squarestem (Melanthera nivea). 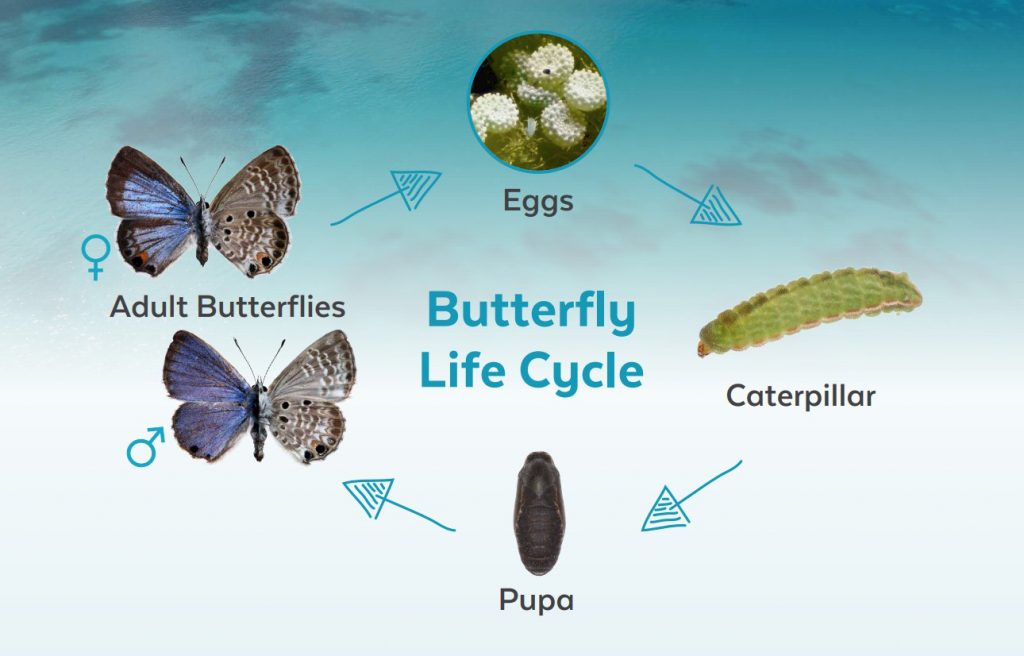 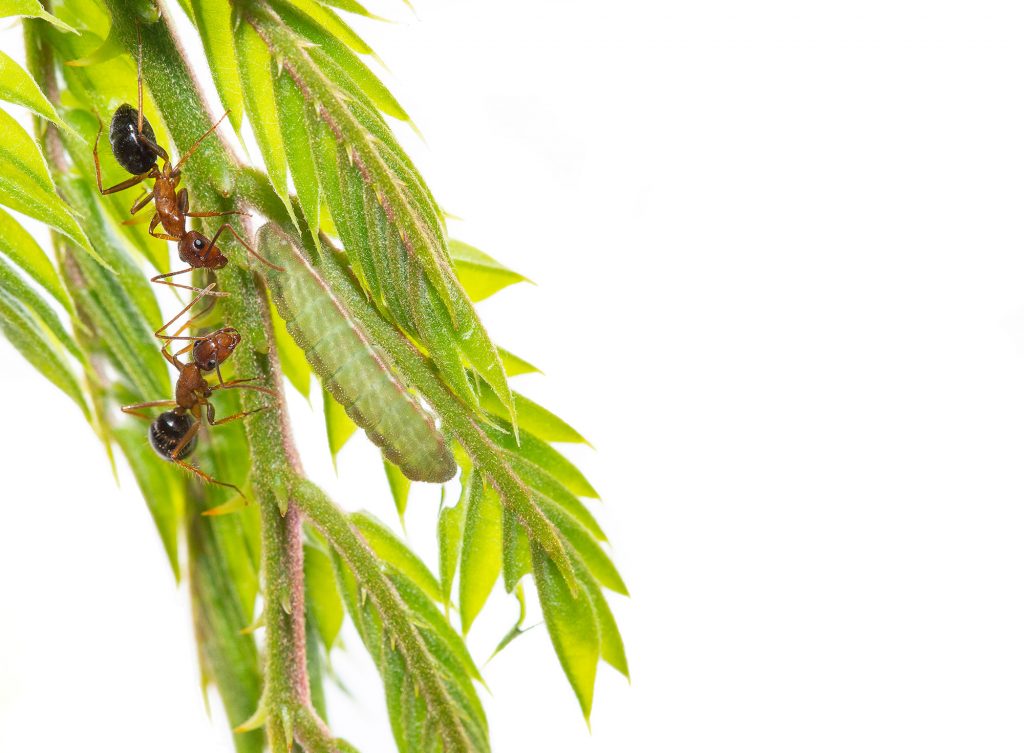 Caterpillars are known to interact with ants because they secrete a sugary substance from a small slit on their backs. In return, the ants provide protection against predators. 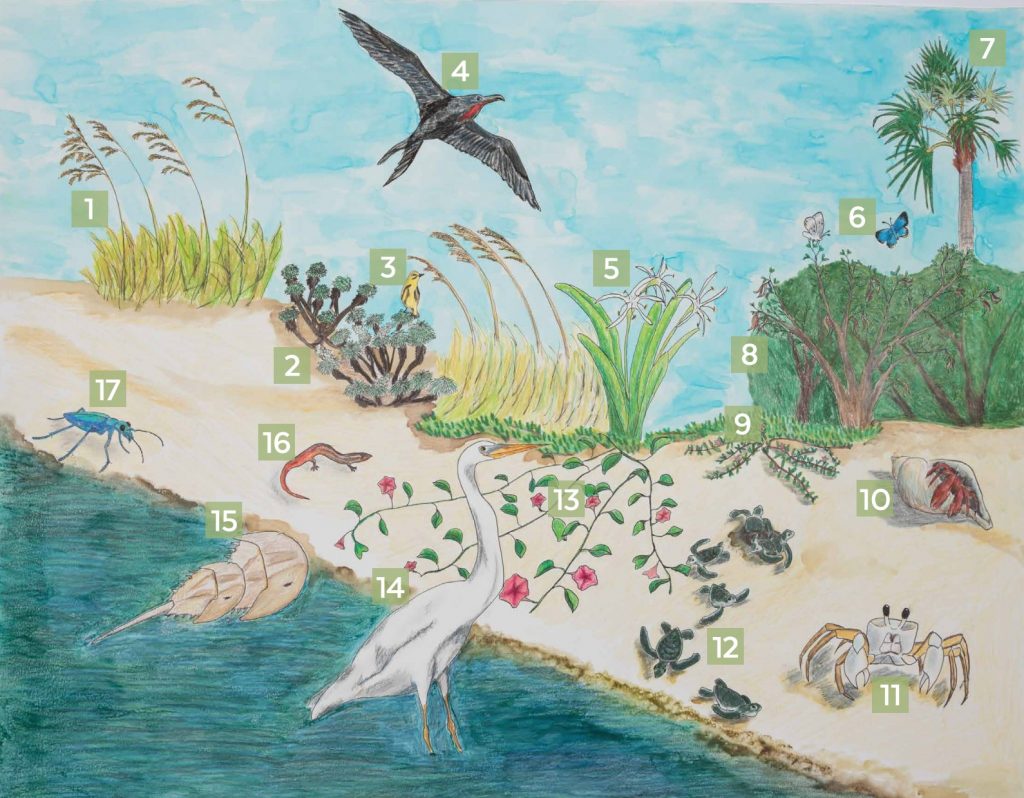 The Miami blue butterfly was once common throughout coastal South Florida, especially around Miami and the Florida Keys. However, as the human population of Florida skyrocketed during the second half of the 20th century, the butterfly became increasingly rare as coastal habitats were destroyed to make room for human development. 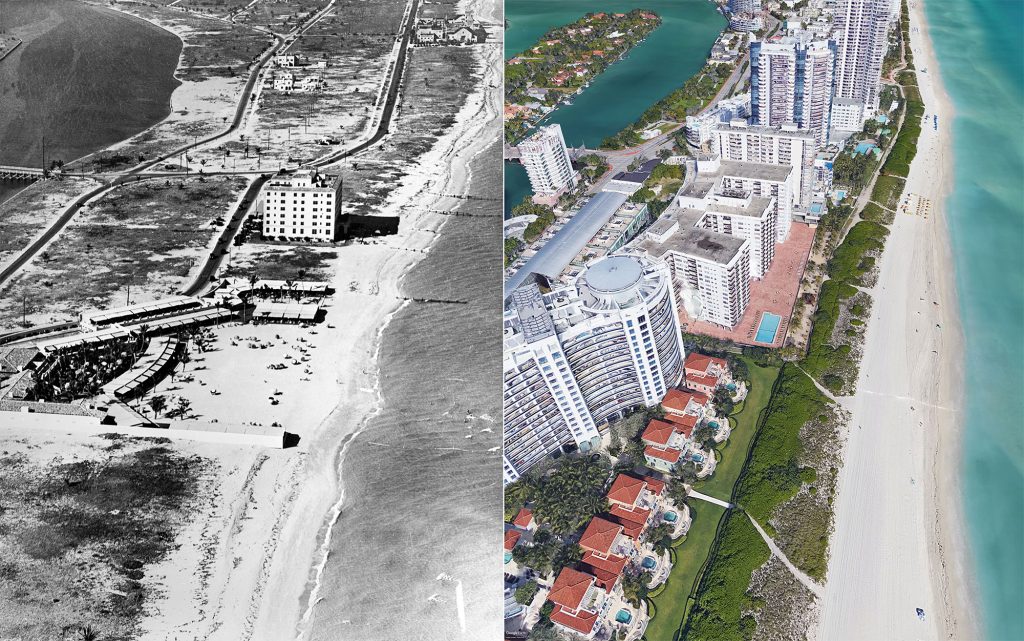 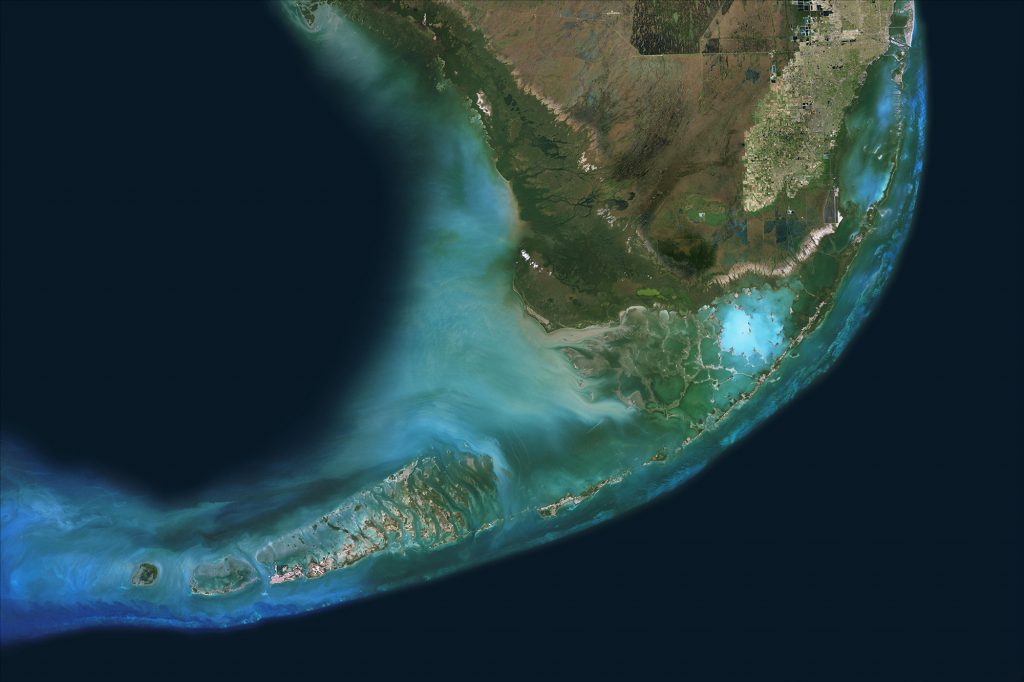 Satellite view of the Florida Keys. 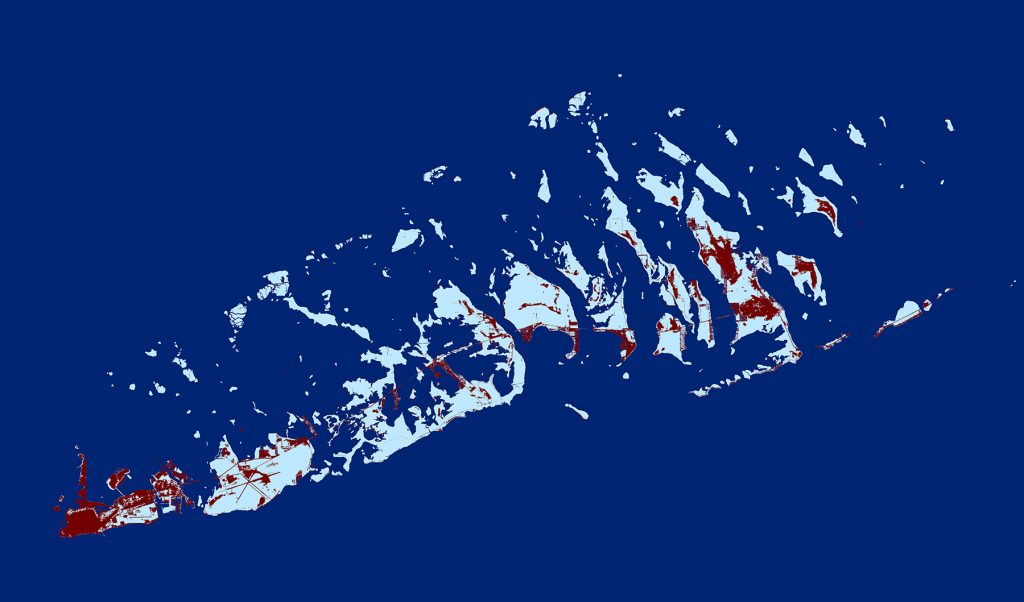 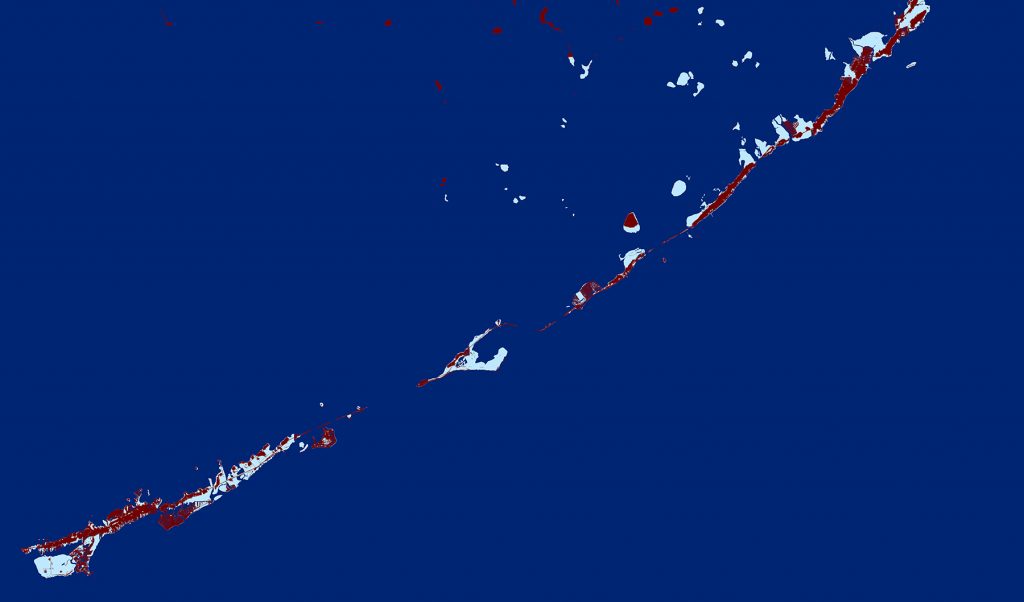 The Intergovernmental Panel on Climate Change estimates that sea levels will rise between 10 and 32 inches by the year 2100. This may not sound like a big deal, but South Florida is extremely low-lying; Key West’s maximum elevation is only 18 feet above sea level. With just two feet of sea level rise, much of the Florida Keys will be flooded. This will have dramatic impacts on upland habitats, including areas that the Miami blue butterfly and many other species rely on for survival.

In order to restore populations of this endangered butterfly, researchers are breeding the Miami blue in captivity and releasing butterflies in the wild within its historical range.

Florida Museum researchers are studying the ecology of the Miami blue to learn how to effectively re-establish it in the wild. Each of these vials contains tiny larvae that will be used for experimental releases.

Once released, butterflies will fly out in search of flower nectar, mates, and eventually a suitable plant to lay their eggs.

Some of the only remaining habitat for Miami blue butterflies in the Florida Keys is within protected areas that preserve natural habitat, such as state parks and wildlife refuges. 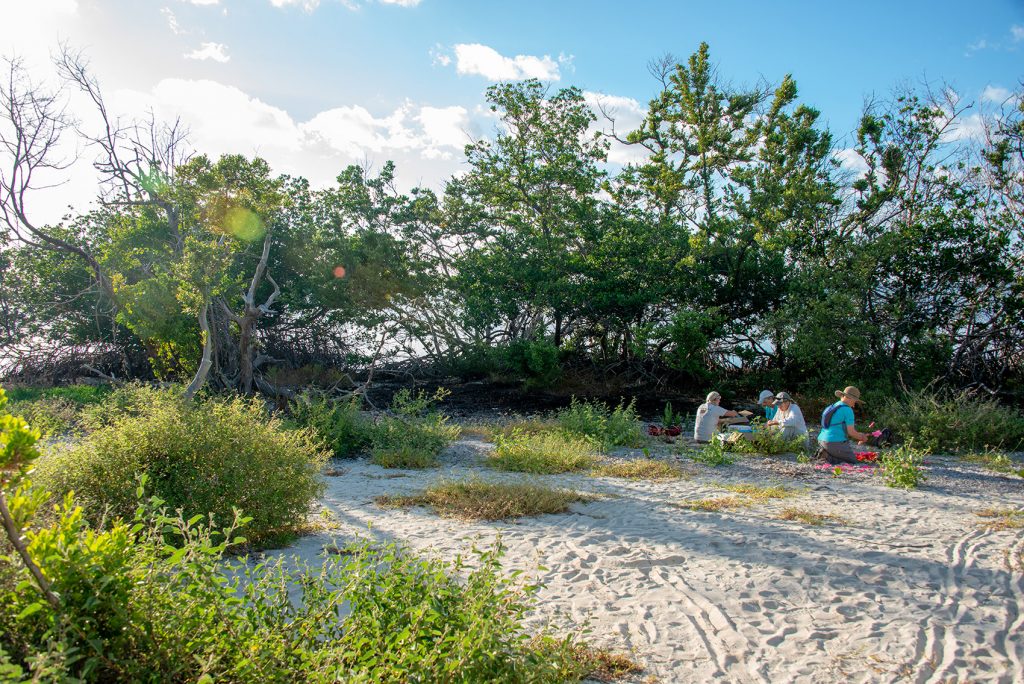 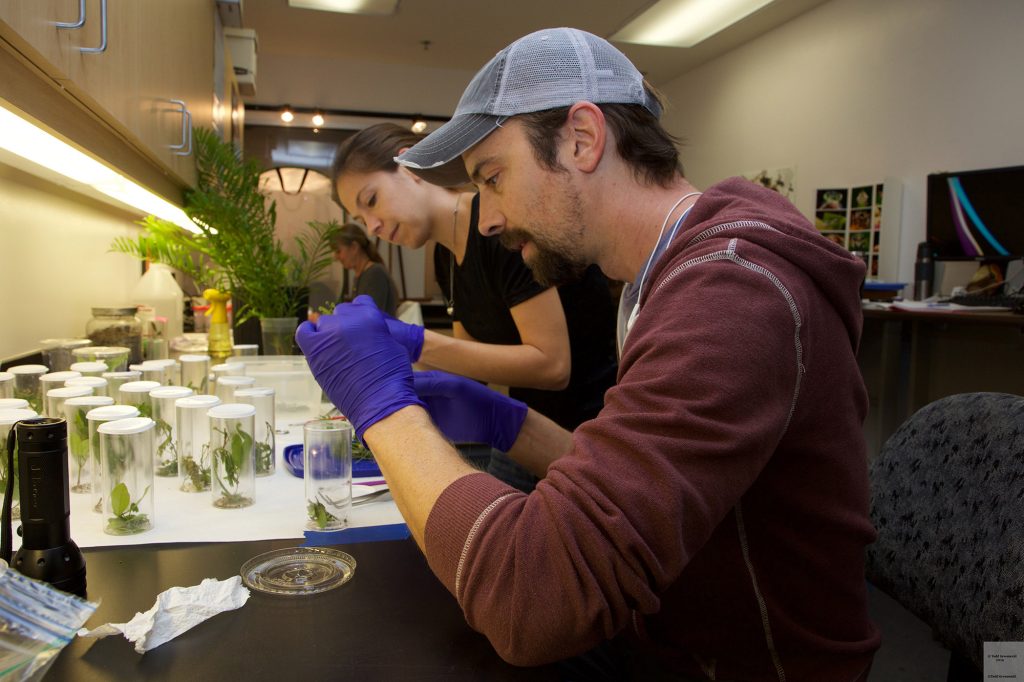 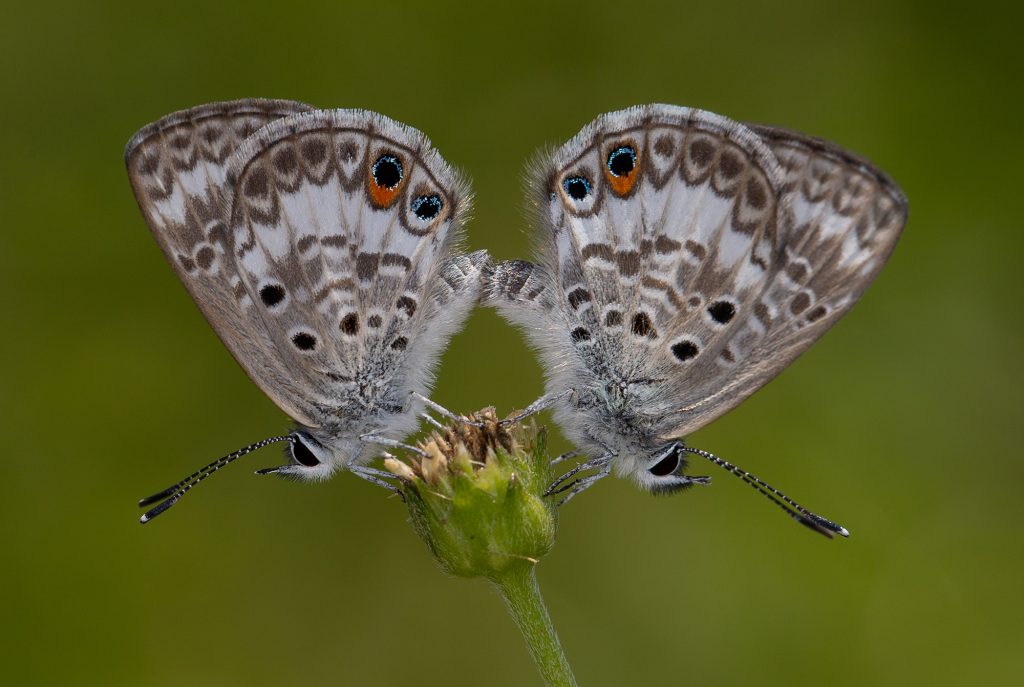 What Can You Do To Help?

Give to Help Reverse the Decline of Butterflies 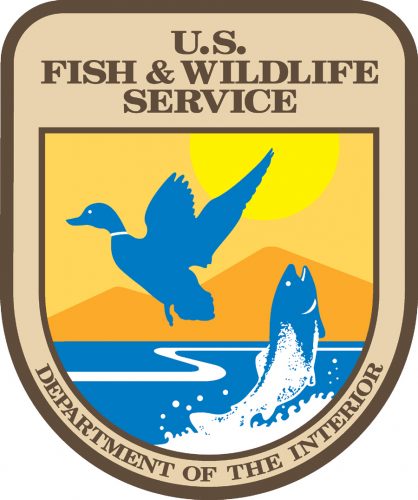 Daniels Lab at the McGuire Center for Lepidoptera and Biodiversity

This coloring book tells the story of the Miami Blue, a critically endangered butterfly found only in the Florida Keys. 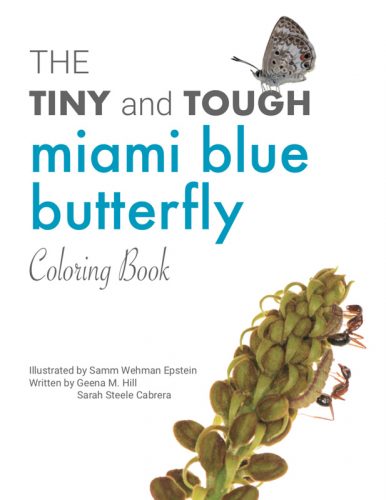 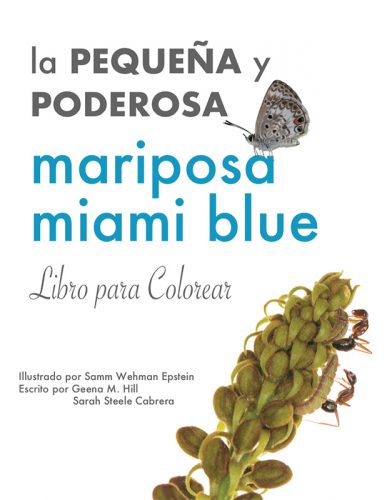