A staple on the sidelines for Gator sports teams, Gatorade also replenishes a different kind of athlete at the University of Florida: butterflies.

The sports drink serves as a substitute for nectar in a laboratory-maintained colony of Miami blues, among the most critically endangered butterflies in North America, meeting the same need for the thumbnail-sized insects as it does for a 300-pound lineman — a quick source of energy.

“Miami blues have to avoid predators, find a mate, locate host plants and lay eggs, and they need a carbohydrate-rich diet to do it,” said Jaret Daniels, director of the Florida Museum’s McGuire Center for Lepidoptera and Biodiversity.

Once common throughout coastal southern Florida, the only remaining wild populations of Miami blues live in a few clusters in the Key West National Wildlife Refuge where the insects remain vulnerable to climate change, hurricanes and dry spells.

“One storm could wipe this butterfly out,” said Daniels, who directs the museum’s Miami blues captive breeding program. “How much stress these populations can take and remain viable is a major question.”

Yet the butterfly has shown tenacity in a hostile environment with gusty winds and a heat index over 100.

“They’re little ironmen out there,” he said.

The program aims to release larvae on protected lands and closely study all life stages to learn how to effectively re-establish the butterfly in the wild, Daniels said. He and his team have raised and released more than 10,500 Miami blues thus far, with support from the Disney Conservation Fund and the U.S. Fish and Wildlife Service. 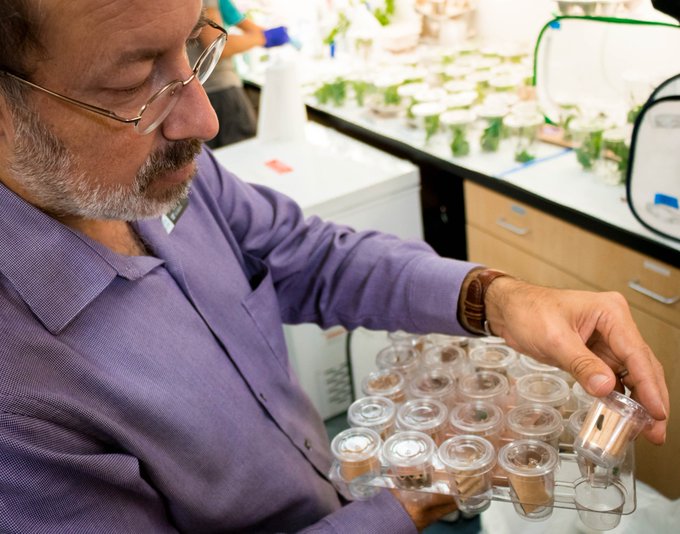 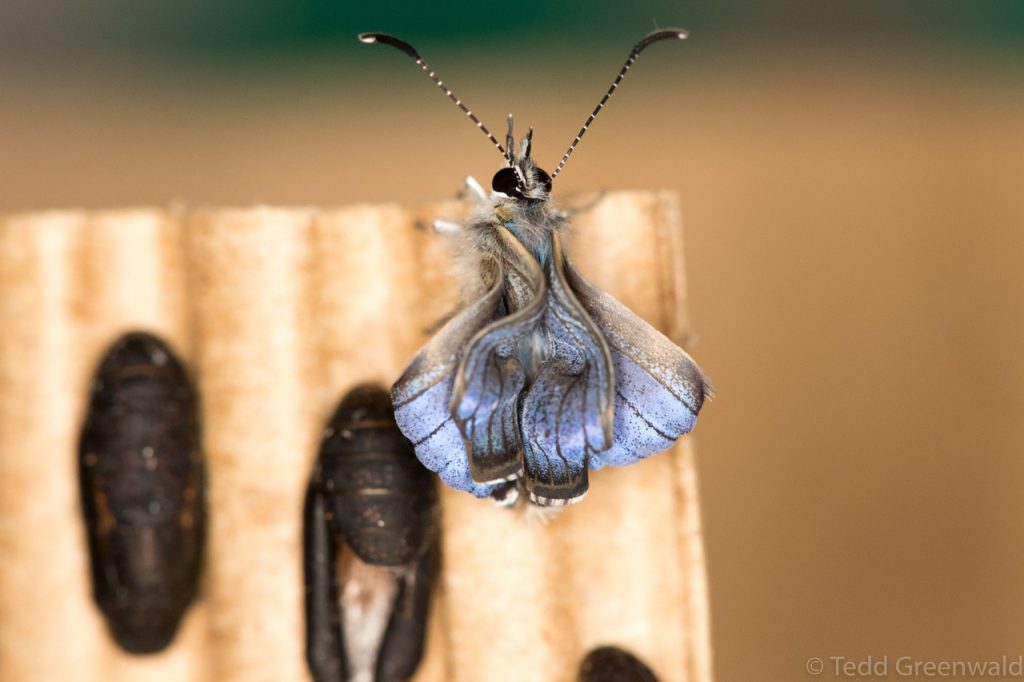 A Miami blue butterfly dries its wings after emerging from its chrysalis. 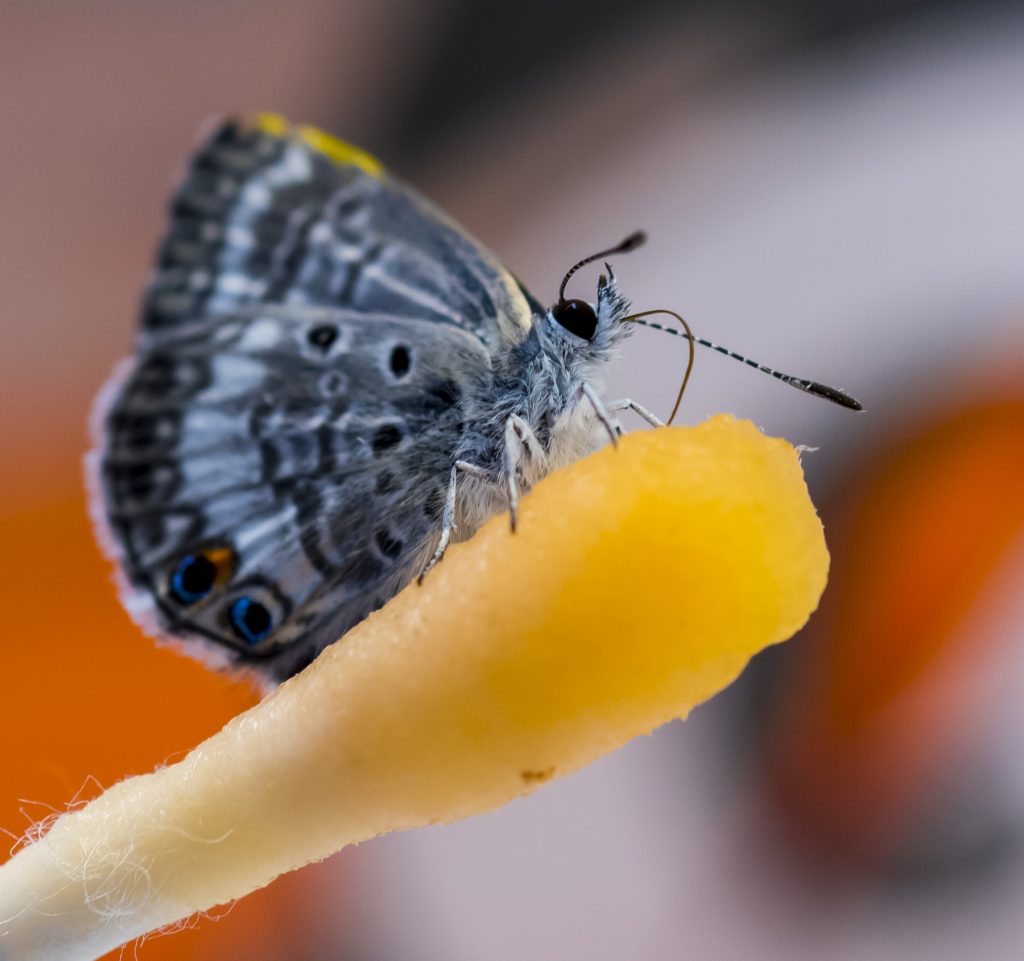 A Miami blue butterfly feeds on a Gatorade-soaked cotton swab.

With the lab raising some 1,000 Miami blues a month, the introduction of Gatorade was a matter of logistics. Live flowering plants were too cumbersome, and hand-feeding was out of the question. Would a cotton swab soaked with Gatorade work, Daniels wondered?

Yes — but the butterflies have flavor preferences.

“They favor Fierce Melon,” he said.

Daniels remains cautiously optimistic about the Miami blues’ shot at a comeback and said the program is a prime example of why the Florida Museum matters.

“We’re involved in active conservation, stewarding the planet and protecting Miami blues as a crucial part of Florida’s natural heritage.”

Editor’s note: An earlier version of this article appeared in the Florida GATOR magazine.