Good books broaden our horizons and inspire new conversations, no matter where we are! Join the Florida Museum of Natural History and Alachua County Library District for the National Endowment for the Arts Big Read, a series of events building community while lifting the voices of women in science! 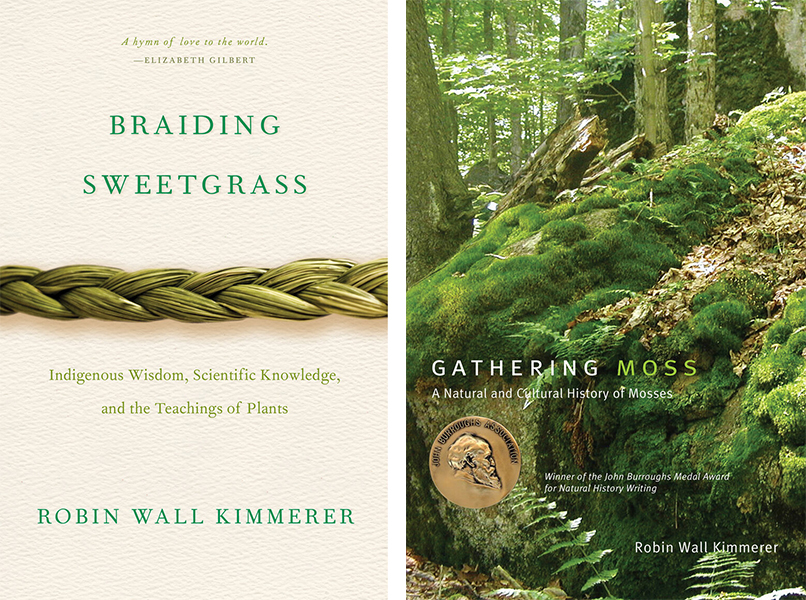 Join us for our second keynote speaker, award-winning author and decorated professor Robin Wall Kimmerer, followed by a Q&A! She is the author of Braiding Sweetgrass: Indigenous Wisdom, Scientific Knowledge and the Teaching of Plants and Gathering Moss: A Natural and Cultural History of Mosses, which have earned wide acclaim.

She is also a distinguished teaching professor of environmental biology at the State University of New York and the founder and director of the Center for Native Peoples and the Environment.


Robin Wall Kimmerer is a mother, scientist, decorated professor, and enrolled member of the Citizen Potawatomi Nation. She is the author of Braiding Sweetgrass: Indigenous Wisdom, Scientific Knowledge and the Teaching of Plants, which has earned Kimmerer wide acclaim. Her first book, Gathering Moss: A Natural and Cultural History of Mosses, was awarded the John Burroughs Medal for outstanding nature writing, and her other work has appeared in Orion, Whole Terrain, and numerous scientific journals.

She tours widely and has been featured on NPR’s On Being with Krista Tippett and in 2015 addressed the general assembly of the United Nations on the topic of “Healing Our Relationship with Nature.” Kimmerer lives in Syracuse, New York, where she is a SUNY distinguished teaching professor of environmental biology, and the founder and director of the Center for Native Peoples and the Environment, whose mission is to create programs which draw on the wisdom of both indigenous and scientific knowledge for our shared goals of sustainability.

As a writer and a scientist, her interests in restoration include not only restoration of ecological communities, but restoration of our relationships to land. She holds a BS in Botany from SUNY ESF, an MS and PhD in Botany from the University of Wisconsin and is the author of numerous scientific papers on plant ecology, bryophyte ecology, traditional knowledge and restoration ecology. She lives on an old farm in upstate New York, tending gardens both cultivated and wild.

Find out more about the NEA Big Read and explore more upcoming events in the series:

NEA Big Read is a program of the National Endowment for the Arts in partnership with Arts Midwest.

Museum in the Parks: Geology at Devil’s Millhopper