In an earlier post, I discussed some methods used through the years to fix damaged pottery. Here are a few more examples from my collection. 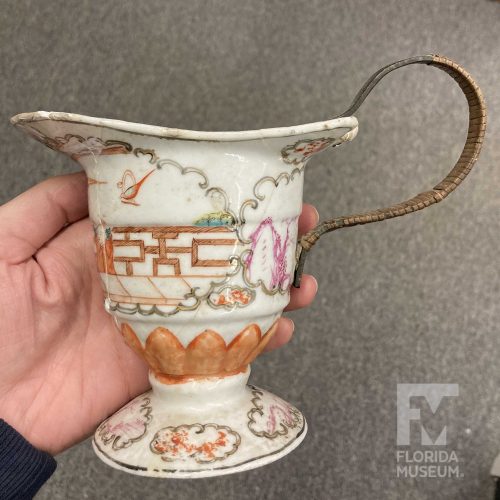 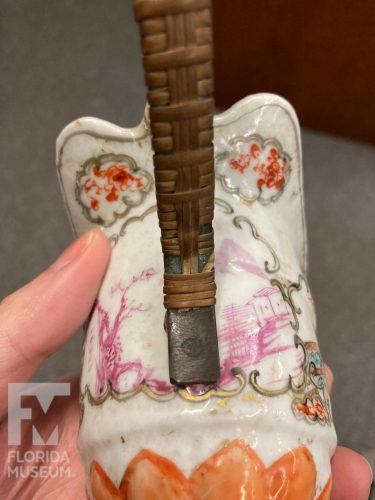 This Chinese export porcelain creamer form is based on Georgian shapes for silver creamers (18th/early 19th C.). As it turns out, it maybe wasn’t the best idea for ceramic, as this piece has been repaired multiple times. The main repair likely dating to the 19th C. is the replacement of the porcelain handle with a wicker-covered metal handle, attached with rivets. This functional handle indicates that the creamer likely continued to be used. That is, until it had a more modern and catastrophic break, and was glued back together sometime recently. 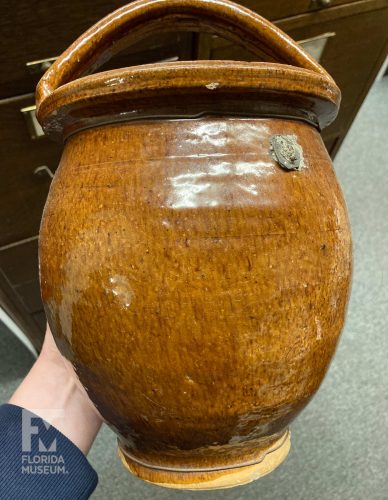 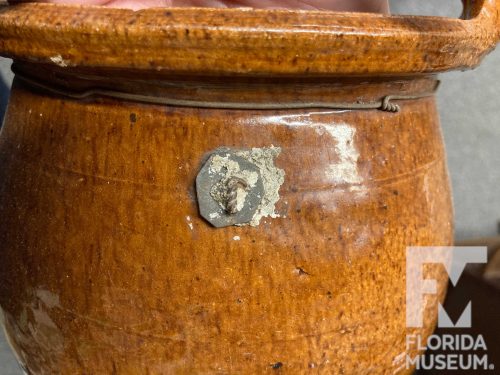 Another old repair technique is to patch a missing part. In the case of this 19th C. lead glazed earthenware jar, an air bubble or inclusion trapped in the clay caused a crack or hole to form along the upper wall. To fix it, small pieces of tin were placed on either side of the flaw and bound together with wire, forming a kind of rivet. Then, solder was used to plug any gaps. Note that wire bails were also added below the neck and above the base to provide extra strength for this very thinly potted vessel. 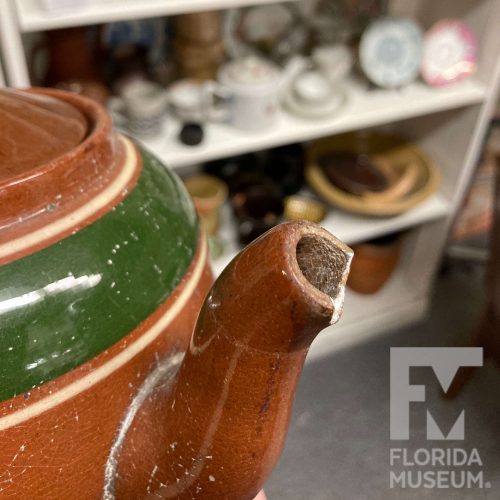 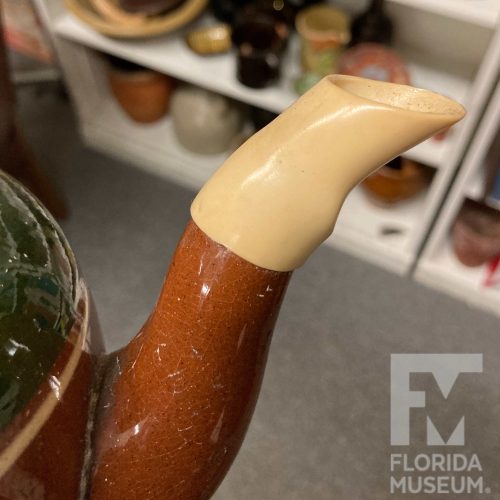 Our final example is an early 20th C. English teapot with a chipped spout. The rubber replacement spout was added to keep the pot from dribbling. These spout covers are still made today!

So many ways to repair without glue.