Systematics, evolution and biogeography of Campanulaceae

Campanulaceae are a large, cosmopolitan angiosperm clade with diverse pollinator adaptations including specialized floral morphologies and secondary pollen presentation mechanisms. We are investigating the the broad-scale relationships of this ca. 65 milllion year old clade. Along with the relationships of the major lineages we are interested in the early dispersal events, floral changes, diversification, genome duplications, and chromosome evolution within this large clade. 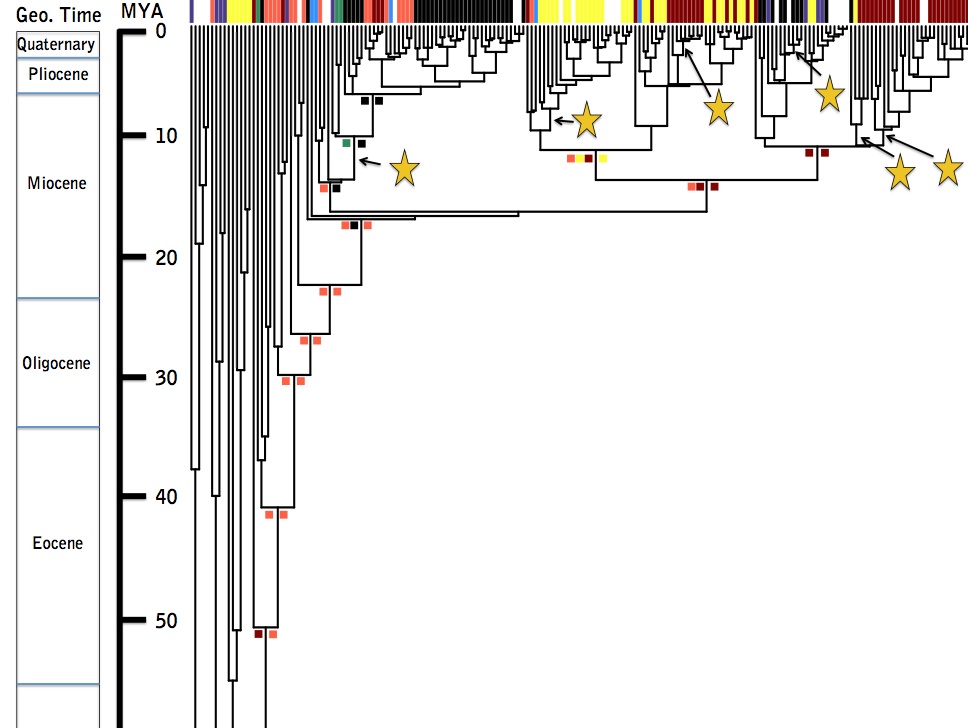 Querying Life in a post-taxonomic age

Improving our understanding of life, whether the biology of individual species such as our own, or the mechanisms and processes governing biodiversity at large, critically depends on integrating, querying, and aggregating biological data from many different organisms. To this day, the most fundamental and common way to accomplish this relies on organism names, making these, one of the pillars of querying and managing our biological knowledge and data. However, the traditionally used names for organisms and groups of organisms, which are based on Linnaean nomenclature, suffer from two major limitations to their usefulness when it comes to integrating and communicating data. First, because they are simple text-strings, the meaning intended by those who coin a name and those who apply it is inaccessible to machines.

As a result, exactly which organisms a name is or is not meant to include is often ambiguous, and names are therefore often applied inconsistently. Second, there are many groups of organisms that do not yet and may never have a Linnaean name, but for which molecular or macroscopic characteristics have been discovered that constitute valuable biological knowledge. This project aims to address these issues by generating a mechanism, called phyloreferencing, that allows referring to any group of organisms of shared evolutionary descent by a machine-interpretable definition of the unique pattern of descent that distinguishes the group from all others. With the recent synthesis and continuous update of a universal phylogenetic Tree of Life, phyloreferences will have immediate and broad practical applications for communicating, integrating, and querying biological data across the Tree of Life.

Evolution and biogeography of Campanula species in the Mediterranean Basin 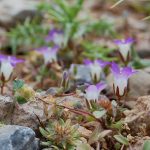 At the intersection of geological activity, climatic fluctuations, and human pressure, the Mediterranean Basin – a hotspot of biodiversity – provides an ideal setting for studying endemism, evolution, and biogeography. This research focuses on the evolution of Campanula and related species. Understanding the evolutionary history of this group provides insights into past and current forces that are driving biogeographic patterns in this region and allows for broad inferences to be made regarding evolutionary processes in the Mediterranean.

Evolution and biogeography of Micranthes (Saxifragaceae) 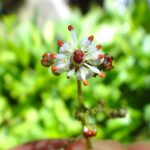 The genus Micranthes (Saxifragaceae) has been overlooked and understudied. This is a consequence of having been incorrectly merged with Saxifraga for over two centuries, its muddled taxonomy and karyology, and the remote and isolated location of its many species in alpine and arctic areas. This research will provide the first in-depth evolutionary and systematic study of these enigmata taxa. This is being achieved through extensive and arduous fieldwork throughout North America, establishment of a living collection, cutting-edge next generation DNA sequencing, and in-depth taxonomic studies. Furthermore, a thorough systematic and taxonomic revision of the genus, coupled with the distribution of many taxa in alpine and arctic areas, will have significance in consideration of global climate change.

Evolution and biogeography of Ledebouria (Asparagaceae) 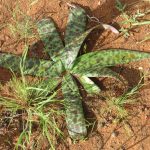 Ledebouria is a group of approximately 54 flowering plant species in the Scilloideae (Asparagaceae). The taxonomic uncertainty that characterizes this group can be attributed to its large distribution (sub-Saharan Africa, Madagascar, and India) and the wide morphological variation found among the mostly poorly known species. So far, the majority of research on Ledebouria has focused on species from South Africa, with a few recent studies including taxa from Socotra and India. In order to fully understand this group’s evolutionary history, many more taxa from across the complete distribution of this group need to be included in studies. We are interested in investigating the evolution and historical biogeography of Ledebouria and determining the putative ancestral areas and routes of migration from and within Africa.

We are also looking into possible scenarios as to why this group does not occur in the Mediterranean basin since some closely related taxa have the same distribution but can be found in Mediterranean climates. Ledebouria have been shown to be paraphyletic with Drimiopsis and Resnova but so far analyses have included only a few taxa. We are planning to increase sample sizes to further investigate the relationship between these taxa and their delimitation, hopefully resulting in the identification of clades supported by interesting morphological synapomorphies. 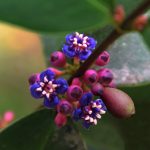 Memecylon is one of the few groups in Melastomataceae that include trees and shrubs, and it consists of 350-400 species. It is an excellent model for gaining new insights into the modes of diversification and evolutionary processes of plants in tropical ecosystems due to the heterogeneity within the clade and its presence in a wide range of habitats in the Old World tropics exhibiting a high regional endemism. However, its phylogenetic relationships and biogeography remain poorly understood. Therefore, we use an integrative approach of niche modelling and time calibrated phylogenies to study niche evolution in this group and identify drivers of diversification. A large part of our research is focused on Memecylon that occur in Sri Lanka, India, South Africa and Papua New Guinea. We are conducting the first in-depth study of the evolution and niche ecology of this group to understand how ecological niches have changed along its evolutionary history. 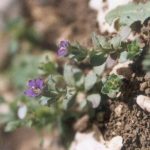 Intercontinental disjunctions have long been of interest to biogeographers, though the historical processes responsible for such distributions have long been debated. In this project we are focusing on Legousia and Triodanis, two closely related taxa with a disjunct distribution in the Mediterranean and North America, with one taxon disjunct between North and South America. Recent advances in phylogenetics and molecular dating techniques allow us to more explicitly test the potential processes driving these interesting intercontinental distribution patterns.