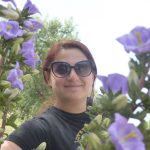 Eleni is a graduate student at the University of Patras in Greece. She is spending 6 months in the lab wrapping up a project on the evolution and biogeography of Campanula sect. Quinqueloculares, a group of showy herbs primarily distributed in the eastern Mediterranean Basin, with a lot of interesting endemism in the Aegean Islands. 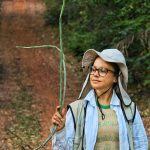 Fernanda is a graduate student at the Instituto de Botanica in San Paulo, Brazil. She was based in our lab for 4 months to work on the evolution and biogeography of Euphorbia sect. Brasilienses (Euphorbiaceae). It was so much fun to have her here with us and working on a paper together! 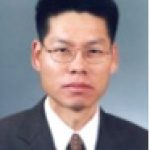 Professor and Curator, KWNU Herbarium, Department of Biological Sciences, College of Natural Sciences, Kangwon National University.  He spent his sabbatical year working in our lab on the the evolution of Asian Campanulaceae.