Many projects take place in the lab with collaborators from other institutions. Some of these are listed below. For post-docs, students and volunteers interested in joining the lab, see the lab’s research opportunities. 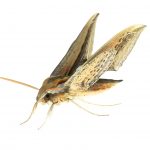 With more than 160,000 species worldwide, moths are a major terrestrial insect group. Bats are one of the primary predators of moths, and many moths are known to have many defenses against them, such as looping and diving in the night sky. Recently, we discovered that many different moths produce ultrasound at bats (Barber et al. 2022, PNAS). We discovered that some moths, such as hawkmoths produce ultrasound at bats using their genitalia (Barber and Kawahara 2013, Biology Letters; Kawahara and Barber 2015, PNAS). We are now investigating the extent of anti-bat ultrasound production across many moths that have not been studied for this cause before. Other moths do not produce ultrasound – the primary group is the Wild Silk Moths (Saturniidae). Some of these moths deflect sonar using their tails (Barber et al. 2015, PNAS; Rubin et al. 2018, Science Advances). But what do the other moths that do not have tails or ultrasound production do? We are investigating this question in saturniids and other moths. Fieldwork is conducted in Borneo, Mozambique, and South America. Some of this research has been shown on PBS and BBC (David Attenborough’s Conquest of the Skies).

Diversification dynamics of moths and butterflies 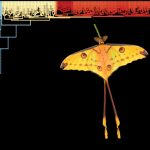 We are conducting higher-level phylogenetic analyses of Lepidoptera to understand how major families are related to each other. Some of this initial work has been published already (Kawahara et al. 2019, PNAS), through collaborations with 1KITE (Misof et al. 2014, Science), and through collaborations with Darwin Tree of Life, at the Wellcome Sanger Institute in England. We have also developed an anchored hybrid enrichment probe set for phylogenomics that works across many groups of Lepidoptera (Breinholt et al. 2018, Systematic Biology )

We are investigating how silk has been shaped and re-adapted for an extraordinary diversity of uses across multiple moth clades and hundreds of millions of years of evolution. To date, silk research has focused largely on fibers from the domesticated silkworm moth, Bombyx mori. We are using a comparative, multi-tiered approach to compare distantly related species of moths (and caddisflies) that use silks for different purposes, including those that create aquatic silks. The combination of genomics, proteomics, functional genetics, and biophysical measurements will illuminate how these silks adhere to underwater substrates, how they consolidate into an insoluble phase, and the molecular basis of their mechanical properties. Not only will we weave evolutionary correlations between genotypes and phenotypes, but we will also conduct direct tests of causality in strategically chosen focal species that are amenable to genetic modification. The project will create a new framework for a fundamental biological superstructure that has untapped potential for the production of new polymer-based biomaterials. The project is funded by the NSF-IntBio Program, and a collaborative project between five US research institutions. 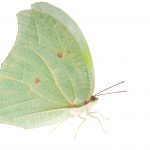 Insects comprise ~60% of the Earth’s described species, and butterflies are without doubt the most popular. Butterflies include seven families, roughly 1800 genera, and 19,000 described species. Most butterflies are brightly colored, diurnal, and they have been at the center of scientific research for hundreds of years. The major efforts to understand butterfly biology are impeded by significant spatial and taxonomic knowledge gaps, along with scattered, incomplete, and non-integrated sets of resources. Overcoming these gaps and integrating phylogenetic, spatial, ecological, and trait data across the clade promises to provide an unparalleled opportunity for comparative analyses at the global scale, which has hitherto been impossible for any insect group. With the Guralnick Lab at UF, Pierce Lab at Harvard, Jetz Lab at Yale, Reis Lab at George Washington U., and the Lohman Lab at CCNY, we are comprehensively synthesizing trait data and building an evolutionary framework for butterflies through a $2.5M grant from the National Science Foundation (NSF). 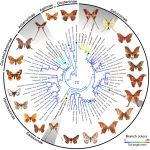 There are nearly 150,000 species of moths and they possess wings with many shapes and sizes, but little is known about why these shapes and sizes have evolved. With international collaborators, we are examining the function of different wing shapes and sizes and combining these with molecular phylogenetic approaches to examine why such features originated. Our lab is using tools to digitize museum specimens via NSF’s efforts for supporting museum specimen digitization, and utilizing geometric morphometric software and methods to characterize wing shape and size (see Rubin et al. 2018, Science Advances; Hamilton et al. 2019, BMC Evol Biol). This project is funded in part by the National Science Foundation (NSF) and National Environmental Research Council, UK (NERC), totaling nearly $1.2M.

Leafminer phylogeography: In Hawaii and across continents 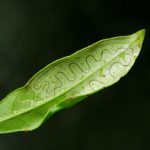 Insect herbivores and their hosts dominate terrestrial biomes and may constitute nearly 50% of the earth’s biodiversity. As herbivores and pollinators, Lepidoptera are one of the primary insect groups responsible for the radiation of flowering plants. Since the pioneering work of Ehrlich and Raven (1964), there has been great interest in trying to detect and understand macroevolutionary patterns in insect-plant associations. Most macroevolutionary studies on herbivorous insects have focused on external plant feeders and few have examined patterns of life history evolution for internal herbivores such as leafminers. Gracillariidae constitute the primary group of plant mining Lepidoptera. With a team of international collaborators, we are building an evolutionary framework for this diverse lineage (Kawahara et al. 2011; BMC Evol Biol, Kawahara et al. 2017; Syst Ent). A photo gallery of Gracillariidae can be found here, and a video of a project funded to the lab by NSF and NatGeo in Hawaii (Hawaiian leaf miners) can be found here.

It is now well-known that many insects are declining globally. We are working with a team of researchers as part of the NSF-Funded RCN project to investigate how we can reduce the ongoing trend of insect decline, globally In addition to direct conservation efforts of insects in Florida and elsewhere, we are also working with sociologists to understand how human perception of insects is impacting insect declines (Kawahara et al. 2021, PNAS).

CRISPR-based approaches are revolutionizing how we approach biological problems. Insect detection and accurate identification is one of the largest challenges that we face with traditional morphological identification. With a $150,000 USDA grant, we are investigating how molecular approaches, including CRISPR, can be used to identify insects quickly. We have been working with the Jain Lab in UF’s Department of Chemical Engineering to develop a CRSIPR-based identification approach for insects.