Pseudemys williamsi is a member of the family Emydidae, which includes the pond and box turtles.

This species has been only been positively identified from two Florida localities.

Source of Species Name: This species was named to honor Ernest E. Williams, a professor at Harvard University who studied recent and fossil turtles.

This species has been only been positively identified from the two Florida localities listed.’

Pseudemys williamsi is a smooth-shelled fossil cooter known from the late Miocene of Florida. It was first described by Rose and Weaver (1966) from a nearly complete shell found at the McGehee Farm site in western Alachua County, with many other partial shells and nuchals. Bourque (2013) noted the presence of Pseudemys williamsi from one other Florida locality, Haile 19A. Webb et al. (1981) briefly mentioned the presence of Pseudemys williamsi from the Love Site, but did not include it in their faunal list (and no definite specimens are present in the Florida Museum of Natural History collection). Becker (1985) reported either Pseudemys williamsi or the similar species Pseudemys concinna in his faunal list of the Withlacoochee River 4A site. The preservation of the few shell elements of Pseudemys at this site suggests they are not Miocene but instead represent contamination of a Pleistocene or Holocene P. concinna or a similar smooth-shelled emydid turtle. The turtle fauna from Mixson’s Bone Bed in the American Museum of Natural History collection has not been completely studied. Its fauna is very similar to that of McGehee Farm, so Pseudemys williamsi might be present here. 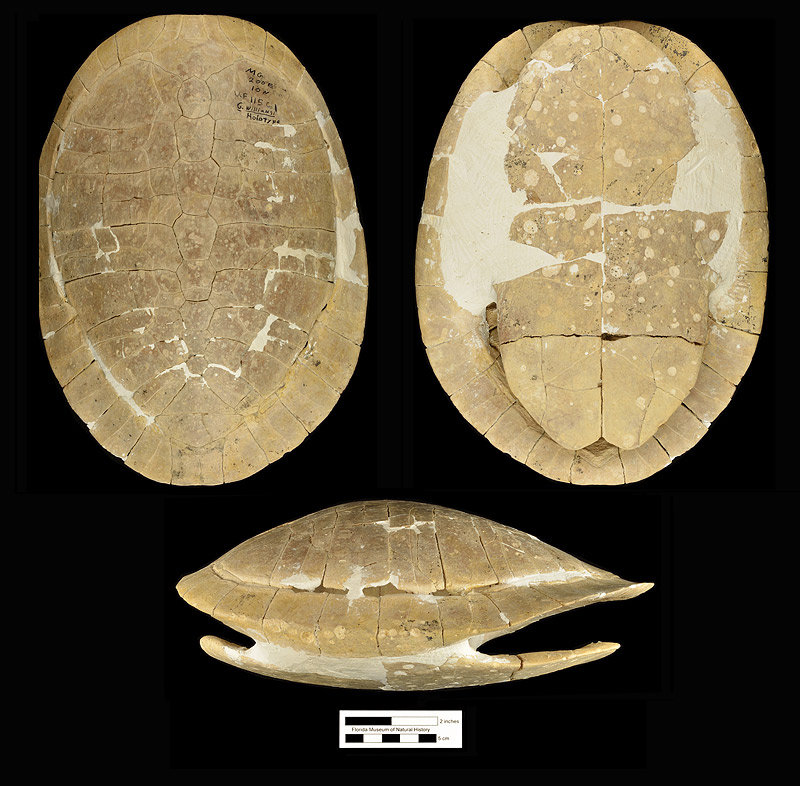 Figure 2. Holotype carapace and plastron of Pseudemys williamsi, UF 11561, in dorsal (upper left), ventral (upper right), and left lateral (bottom) views. Anterior to the top in the dorsal and ventral views. Note the un-notched, rectangular pygal and un-notched posterior peripherals, as well as the smooth shell, that can be used to distinguish this species from other co-occurring emydid species. 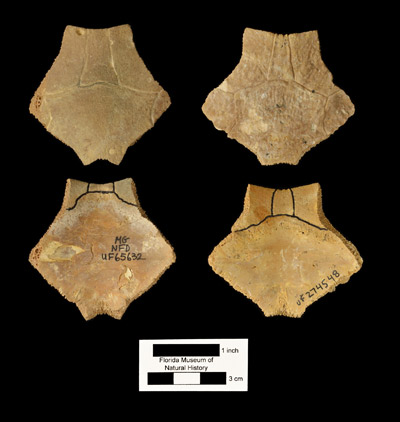 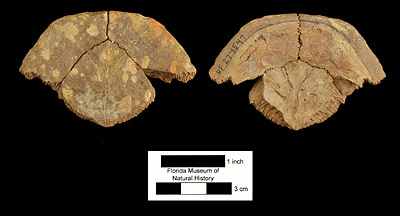 Figure 4. Associated right and left epiplastra and entoplastron, UF 274547, from a McGehee Farm specimen of Pseudemys williamsi in ventral (left) and dorsal (view). The line in pencil on the dorsal view show the short gular scute overlap.

If the diet and habitat of Pseudemys williamsi resembled that of the living Pseudemys concinna, then it lived primarily in rivers and had a mixed diet of water vegetation and small aquatic animals.