Largest land carnivore in Florida during the early Pleistocene.

Among living bears, most closely related to the spectacled bear of South America.

Source of Species Name: Leidy (1854) did not provide a reason for the species name, but pristinus in Latin means ‘primitive‘ or ‘early’. This name may have been given because Arctodus pristinus was the first Arctodus Leidy identified.

Arctodus pristinus is a large tremarctine bear. More fossils of this species are known from Florida (about 150) than anywhere else. Compared to the gigantic Arctodus simus, the premolars and first molars of Arctodus pristinus are relatively smaller and more widely spaced (Figs 2-5; Schubert et al., 2010). Both species show pronounced intraspecific variation, much of it related to sexual dimorphism, with smaller, more lightly built females and larger, massive males. Males of the smaller species A. pristinus overlap in size with females of A. simus. 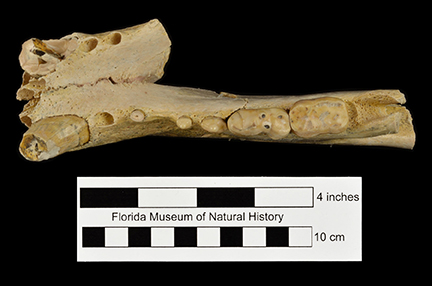 Figure 2. Occlusal view of UF/TRO 15, a mandible Arctodus pristinus from Haile 16A. Tooth preserved on the left side are a broken canine, the small third and fourth premolars, and the large first and second molars. A portion of the root of the second premolar is also present. 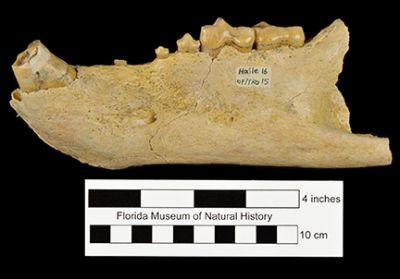 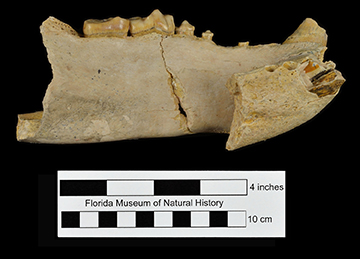 Figure 4. Medial view of the left mandible of Arctodus pristinus.

There is even greater overlap in size between A. pristinus and the late Pleistocene species Tremarctos floridanus. The molars of A. pristinus are, on average, broader and taller than those of Tremarctos floridanus, but these differences are quickly obscured by wear. Most published comparisons are between the two species of Arctodus, or between A. simus and T. floridanus, and not between the two more similar-sized A. pristinus and T. floridanus. Samples are now available to make such comparisons worthwhile. Although not completely satisfactory, in practice large tremarctine fossils from the early to early middle Pleistocene of Florida can be identified as A. pristinus, while those from the late Pleistocene are considered T. floridanus. Specimens of ambiguous age, unless they include molar teeth that are relatively complete and unworn or only slightly worn, will be very difficult to identify precisely. 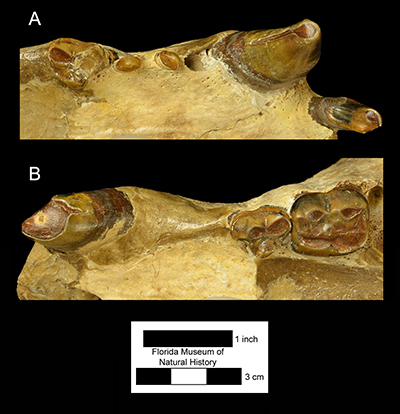 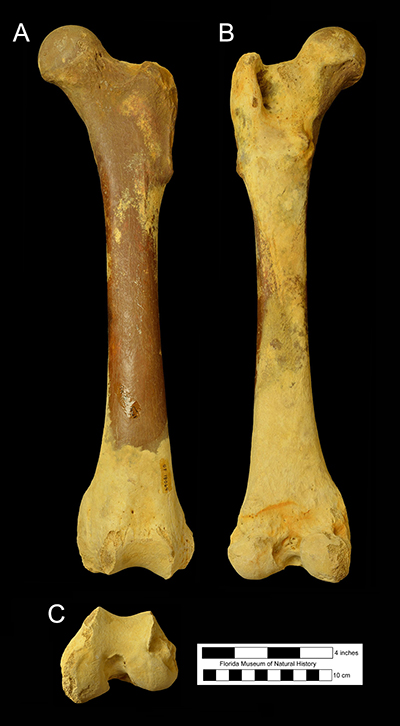 Figure 6. UF 18069, femur of Arctodus pristinus from Inglis 1A, Citrus County, Florida in A, anterior, B, posterior, and C, distal views.

The genus Arctodus is generally regarded as being more carnivorous than either Tremarctos or the black bear Ursus americanus. Its large size would allow it to take carcasses away from most other carnivores, especially solitary felids. The bite marks found on many bones of sloths and young proboscideans at Leisey Shell Pit matched the size of the canine teeth of Arctodus pristinus (Pratt and Hulbert, 1995). It is not known if these bite marks are the result of active predation or scavenging.

Pratt, A. E., and R. C. Hulbert. 1995. Taphonomy of the terrestrial mammals of Leisey Shell Pit 1A, Hillsborough County, Florida. Bulletin of the Florida Museum of Natural History 37:177-250.