For further information, or to arrange for examination of particular collections, contact:

Neill is associate curator of Florida Archaeology and Bioarchaeology at the Florida Museum and affiliate faculty in the Department of Anthropology. He conducts archaeological research in Florida and the Southeast, focusing on the dynamics of pre-Columbian communities and social networks. His active research projects include multi-sited sourcing analyses of Swift Creek, Weeden Island, and Safety Harbor/Fort Walton pottery across northern Florida and southern Georgia, and field investigations at Woodland and Mississippian sites in north-central Florida and the Gulf coast.

Donna is Florida Archaeology and Bioarchaeology Collections manager and oversees the daily access, use, digitization, rehabilitation and maintenance of these holdings. She is chair of the Human Osteological Advisory Committee/NAGPRA.  She holds a concurrent appointment in Environmental Archaeology as a Research Associate in Archaeobotany focusing on southeastern U.S. sites and conducting research on the documentation and analysis of Florida’s ancient dugout canoes. 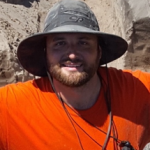 C. Trevor Duke (MA Anthropology, 2015, USF, Tampa) is working toward a PhD in Anthropology here at UF. His project focuses on ceramic vessel form, function, and provenance of Deptford through Safety Harbor period pottery from Safford Mound (8Pi3), Pillsbury Mound (8Ma30), and other mound sites along the Florida Gulf Coast. Trevor will be working closely with Dr. Neill Wallis as part of a broad research effort to assess the ways in which the expansion of religious traditions affected social, political, and ceremonial practices during the middle-to-late Woodland Period. 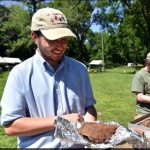 Anthony P. Farace (MS Archaeological Science 2019, UCL, London; MA Anthropology, 2018, Southern Illinois University, Carbondale) is working toward a PhD in Anthropology here at UF. His research focuses on Mississippian ceramic production, consumption, and use in the Ohio-Mississippi river confluence region. He looks to implement the use of petrographic thin-section and geochemical analysis to learn more about how crafting knowledge and learning was transmitted in the area during the rise of large influential polities such as the Cahokia and Kincaid sites in the early Mississippian period (approx. 900-1500 AD) 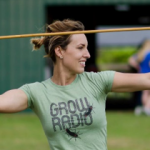 Kristen Hall (BA Anthropology 2013, UF, Gainesville) is working towards an MA in Anthropology here at UF. Her undergraduate thesis (“Reexamining Suwannee Valley Pottery: a Typological and Formal Analysis of Pottery in Feature I at Parnell Mound”) focused on the analysis of Suwannee Valley ceramics. Her MA is a technofunctional analysis of the Cades Pond pottery assemblage from the Melton Site Complex, (8AL5, 8AL7, 8AL169.) (https://florida.academia.edu/KristenHall) 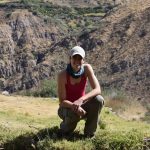 Megan LeBlanc (MA Anthropology 2018, UF, Gainesville) is working toward a PhD in Anthropology here at UF.  Her dissertation research focusses on human-environment relationships on the south coast of Peru. She is currently assisting in the rehabilitation and digitization of the Florida Archaeology collections. 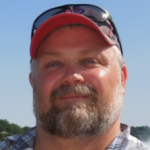 Mark C. Donop (PhD Anthropology 2017, UF, Gainesville) completed a dissertation focused on the long-lived Palmetto Mound (8LV2) in Levy County and has included a techno-functional analysis and 3D imaging of the pottery in the large and diverse Decatur Pittman Collection donated to the FLMNH in 1916. Donop’s work at the museum has been combined with fieldwork at the site and research at the South Florida Museum in Bradenton. (http://alabama.academia.edu/MarkDonop. Mark was the recipient of the 2017 Bullen Award for student research at the Florida Museum. Mark is the Deputy Director of the Office of Archaeological Research and a Curator of Archaeological Collections at the University of Alabama Museums, Moundville. 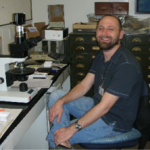 Zack Gilmore (PhD Anthropology 2014, UF, Gainesville), conducted petrographic analysis of fiber-tempered Orange pottery from the Silver Glen complex (Marion and Lake counties, Florida) and fired clay reference samples from across peninsular Florida for his dissertation project. He is the author of “Gathering at Silver Glen: Community and History in Late Archaic Florida.” Zack is an Associate Professor of Anthropology at Rollins College, Winter Park, FL. (http://rollins.academia.edu/ZackaryGilmore) 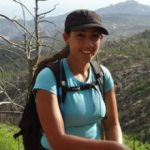 Erin Harris-Parks (BA/BA Anthropology and Geology 2012, UF, Gainesville), conducted petrographic analysis in the Ceramic Technology Labon Weeden Island pottery from the Palmetto Mound site (8LV2) for her Senior Honor’s Thesis. Erin went on to receive an MS degree in Geosciences from the University of Arizona in 2014 and is currently employed as an exploration geologist in the petroleum industry. 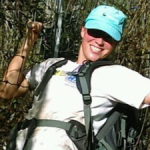 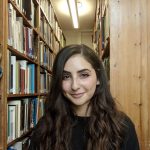 Domenique Sorresso (MS Archaeological Science, 2018, UCL, London) is working toward a PhD in Anthropology with a concentration in Archaeology here at UF. Her research focuses on using ceramic petrography and chemical composition techniques to understand ceramic technology and provenance. Domenique is working with Dr. Charles Cobb to apply these methods to ceramic assemblages dating to the Mississippian period from modern-day Mississippi and Tennessee. (https://florida.academia.edu/DomeniqueSorresso). 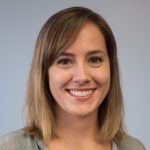 Laura Van Voorhis (PhD Anthropology, 2020, UF)
Laura  successfully defended her dissertation, focusing on diet and human mobility at the site of Fort Center. Recently, Laura worked as a Collections Assistant in Bioarcheology to assist the Museum with re-inventorying, digitization and NAGPRA repatriation efforts. 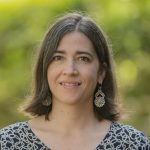 Lindsay is former collections manager for the Ceramic Technology Laboratory and Florida Archaeology at the Florida Museum of Natural History. Her research focuses on craft production, trade, and exchange in historic and prehistoric contexts, examined through the lens of utilitarian ceramics. She has conducted analyses on collections from the southeastern U.S., Great Britain, and the Caribbean using a variety of methods including LA-ICP-MS and XRF to discover new information about these often visually generic artifacts. 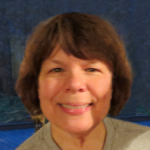 Ann oversaw the Ceramic Technology lab for more than 30 years, before retiring in 2017. She has studied prehistoric and historic aboriginal pottery from Florida, the southeastern U.S., and the Caribbean, with a specialization in petrographic analysis.  In her retirement, she continues to actively conduct research as a Courtesy Research Scientist in the lab. 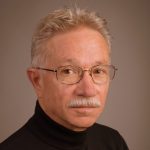 Dr. Milanich was Curator of Archaeology at the Florida Museum for over 30 years and an adjunct professor in the Department of Anthropology and Latin American Studies at the University of Florida. Jerry continues to research Florida’s cultural heritage and publish numerous articles and books. He is the recipient of many prestigious state, regional and national awards from both archaeological and historical societies and in 2010 was inducted as a Fellow into the American Academy of Arts and Sciences. He has authored or co-authored over 20 scholarly books on historic and prehistoric Southeastern U.S. indigenous peoples. He has received the Gold Medal Book award twice, in 2011 for Hidden Seminoles: Julian Dimock’s Historic Florida Photographs  and in 2013 for Enchantments:Julian Dimock’s Photographs of Southwest Florida. 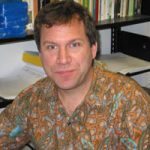 John is Professor, Undergraduate Coordinator and Director of the Bone Chemistry Laboratory in the Anthropology Department at the University of Florida. He is an international researcher using new methods in bone chemistry and stable isotope analysis to address past ecological and cultural systems in both the Old and New Worlds. He coordinates paleoanthropological and bioarchaeological research for the Late Pleistocene-Holocene site Niah Cave (Sarawak, Malaysia) and works with archaeologists and paleontologists at the Florida Museum. Currently he and Florida Museum curator, Neill Wallis, are working on a multi-year NSF funded award – Understanding the Development of Hierarchical Social Organization. 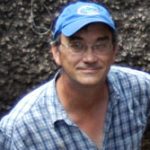 Ken is the Hyatt and Cici Brown Professor of Florida Archaeology in the Department of Anthropology at the University of Florida. He is the director of the Laboratory of Southeastern Archaeology (LSA) where he and his students undertake research and archaeological field investigations throughout the state.  Some current projects and collaborations include continuing work in the Lower Suwannee, Cedar Key National Wildlife Refuges and Salt Springs as well as directing field schools and research in the middle St. Johns River Valley of northeast Florida.  He is the editor and author of numerous archaeological publications on Florida and the greater southeastern U.S. 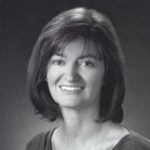 Valerie is Associate Professor in the Department of Anthropology and Director of the  C.A. Pound Human Identification Laboratory (CAPHIL) at the University of Florida. Her interests include biological anthropology, morphometrics and comparative osteology. She assists the Museum with its bioarchaeological holdings. Current primate research has been published in the American Journal of Physical Anthropology; Journal of Forensic Science and The Anatomical Record.  In addition, the DeLeon Lab uses 3D virtual morphology as a means to research primate anatomical variation. 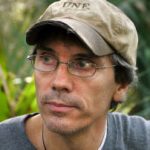 Keith is Assistant Professor of Anthropology at the University of North Florida in Jacksonville. His research focuses on the archaeology of northeastern Florida and adjacent regions during the Woodland through early post-European contact periods. His approach is historical and multi-scalar, exploring social relations and interactions at local, regional, and macro-regional levels. 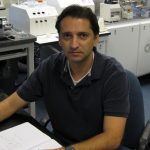 George is a Senior Associate in Geological Sciences at the University of Florida. He manages the ICP-MS laboratory at the Geological Sciences Department. He uses the elemental and isotope information recorded in environmental samples to decipher their age, origin, and migratory pathways. In Florida he has worked on trace elemental and isotope analyses of peat and lake sediments, REE analyses of fossil bones, and in-situ laser ablation ICP-MS analyses of pottery. In addition, George has done a number of studies using Sr and Pb isotopes for tracing ancient human migration and modern cold cases. Currently he is working on multiple projects with Florida Archaeology curators and collections managers. 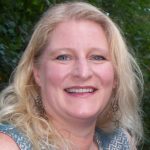 Paulette completed her Ph.D. at UF and was a postdoctoral associate at the Florida Museum studying coastal evolution and sea-level changes and their effects, as manifested in the archaeological record. Currently she is the Law Enforcement Coordinator for the Florida Bureau of Archaeological Research, training and assisting local and state agencies on enforcing and protecting archaeological resources. Paulette continues her geoarchaeological research on coastal paleoenvironmental dynamics working in collaboration with Wallis and others at the Garden Patch site, a pre-Columbian village complex and mound center in Horseshoe Cove on the northern Gulf Coast of Florida. 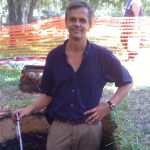 Tom is a Professor of Anthropology at the University of South Florida. He has published several books and articles relating to archaeological research in the Southeast and Mesoamerica. Among his active research projects is a comprehensive study of the Crystal River site in west-central Florida. With support from the National Science Foundation, Pluckhahn has collaborated with Wallis and other Museum staff to create an open access database for Swift Creek Complicated Stamped ceramics using pottery from the Museum’s northern Florida holdings along with others from southern Georgia sites. In addition, he and his students are initiating new research on the Weeden Island and Safety Harbor sites in south Florida using Museum legacy collections as a basis for establishing site chronologies. 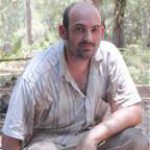 Asa is an Associate Professor at the University of Oklahoma in the Department of Anthropology. Research projects include Archaic (10,000-3000 years ago) communities of the Southeastern United States; hunter-gatherer complexity, mobility, and exchange; monumentality and social history; and paleohydrology and social changes. In Florida his field research focuses on documenting the history of Archaic (7300-3000 years ago) shell mounds. He is also developing a regional geodatabase of Archaic mounds using historic observations, excavation results and contemporary geospatial data. He co-edited the volume New Histories of Pre-Columbian Florida with Museum curator, Neill Wallis. 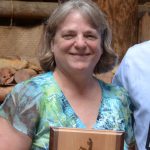 Martha is a long-time volunteer who in 2009 was recognized as the Museum’s Volunteer of the Year in research and collections. She began as a curatorial assistant and currently assists with the ethnographic collections, Registrar’s Office, and Florida Archaeology programs. She assists with numerous document needs from detailed condition reports to inventorying as well as collections needs ranging from outreach programs to care and packaging of artifacts for loans. 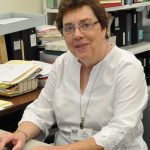 Janet is a long-time volunteer working diligently with both the Archaeology and Ethnography holdings assisting us with whatever task needs to be accomplished. In 2012, the Museum nominated and awarded her with the esteemed James Pope Cheney Volunteer of the Year Award. This active volunteer assists at many levels working with records management to outreach initiatives. 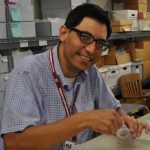 Neza is a volunteer working in Florida Archaeology and Environmental Archaeology.  He assists with the rehabilitation of archaeological collections, upgrading our various holdings from sites in Florida and Georgia whether ceramic sherds or faunal remains from a shell midden. He holds a Master’s in Anthropology from Tulane University and is currently working towards his Ph.D.