Megalodon: Largest Shark that Ever Lived

The world’s largest shark has returned to Gainesville! Prepare to marvel at Megalodon, the gigantic prehistoric shark that once cruised the planet’s oceans. Walk through the full-scale jaws of a 60-foot-long replica of this apex predator, and get a close-up look at fossil specimens and life-size models of other ancient and modern sharks. This touring exhibit has thrilled over 1.5 million visitors in the U.S. and Canada over the past 12 years and now features brand-new graphics and updated scientific research to mark its return home! 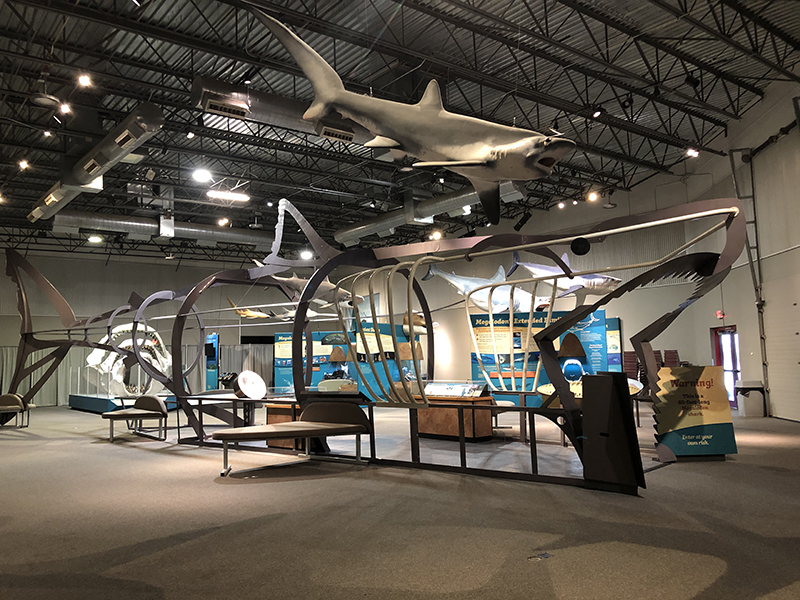 Walk through a life-size replica of the apex predator itself, complete with fossil specimens and information on its diet, lifespan, relatives, neighbors and eventual extinction. ©Photo courtesy of the Science Spectrum & OMNI Theater 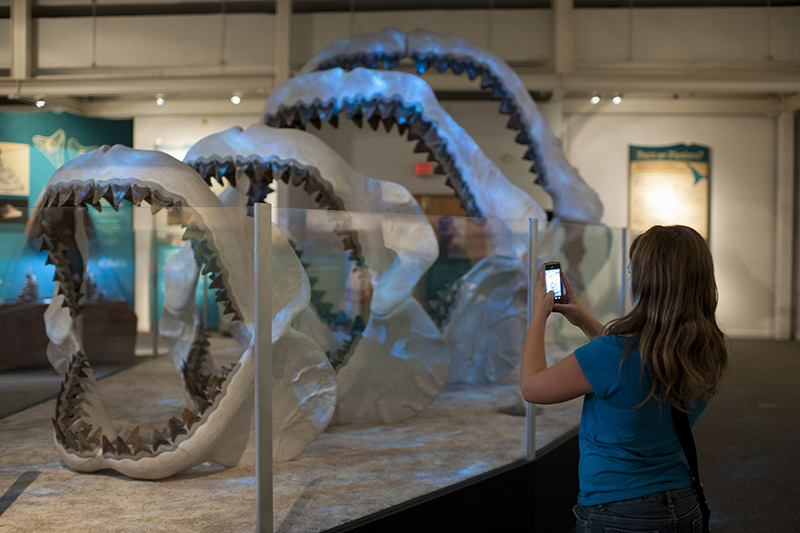 Learn about the 400-million-year-old history of sharks with real fossils of bones and teeth. ©Kristen Grace/Florida Museum

Discover the hundreds of shark species that are alive today, along with their varied shapes and sizes. ©Kristen Grace/Florida Museum

Discover the legend of Megalodon and how it has intrigued people for thousands of years around the world. ©Jeff Gage/Florida Museum

Visualize an average dinner for Megalodon, all 2,500 pounds of it, with the help of tuna cans, and learn about the shark’s predatory behavior and habits. ©Jeff Gage/Florida Museum

Enter at Your Own Risk!

Shark Research at the Florida Museum of Natural History

The ‘Tooth’ About Megalodon

Megalodon was produced by the Florida Museum of Natural History with support from the National Science Foundation and sponsored in part by contributions from the University of Florida Student Government and Florida Division of Cultural Affairs.