We have also done geological coring near archaeological sites to gather baseline environmental data, created archaeobotanical and zooarchaeological comparative collections, and collected marine specimens in order to study paleoclimate and paleoseasonality. The results of these studies have been reported in books, monographs, articles, videos, theses, and dissertations, and incorporated into the Calusa Heritage Trail at Pineland and the Hall of South Florida People and Environments at our exhibit facility in Gainesville. Several hundred public programs have been given. 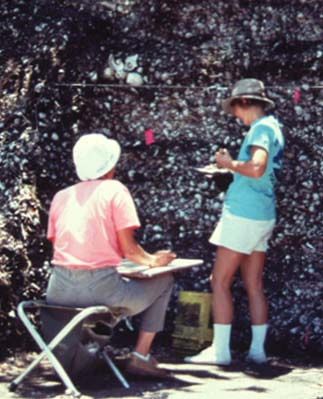 Volunteers Barbara Toomey and Linda Ballou record the strata at the Randell Mound, 1990. 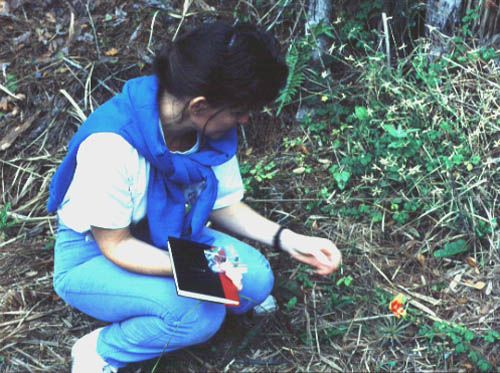 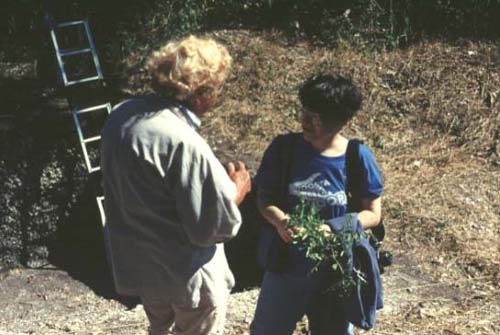 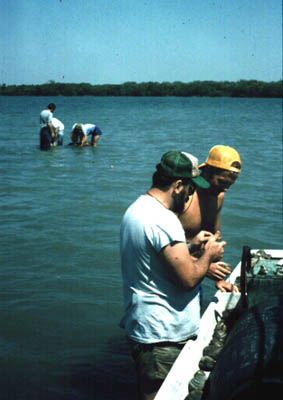 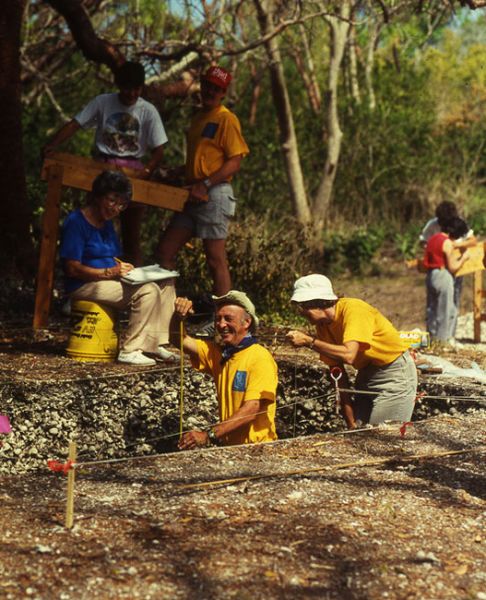 Archaeological field work at excavation I-2 at Pineland, April 1990. 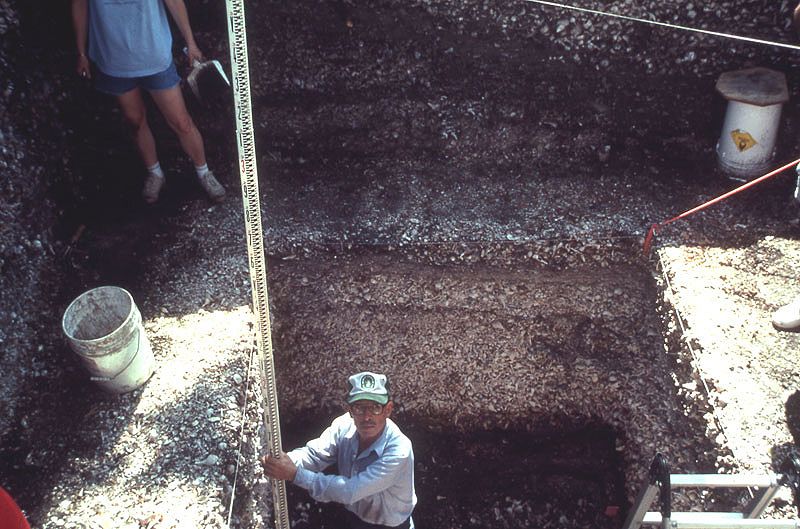 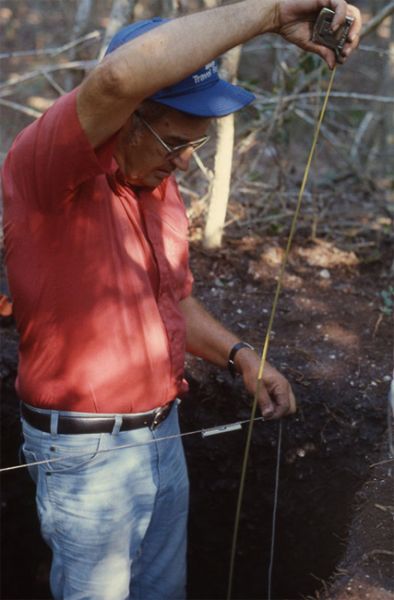 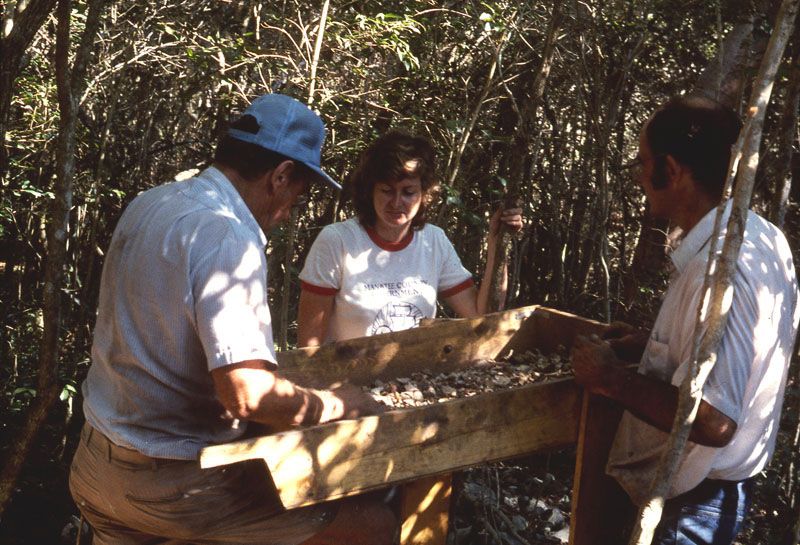 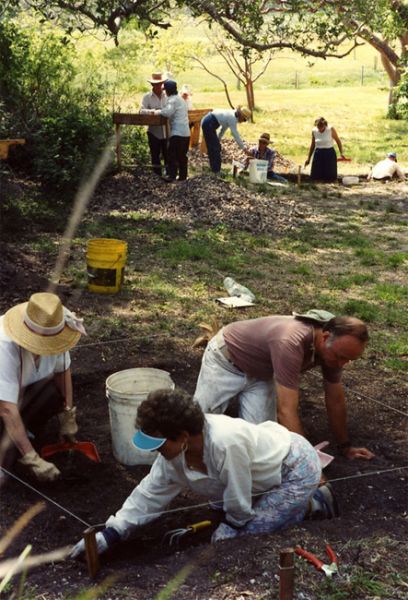 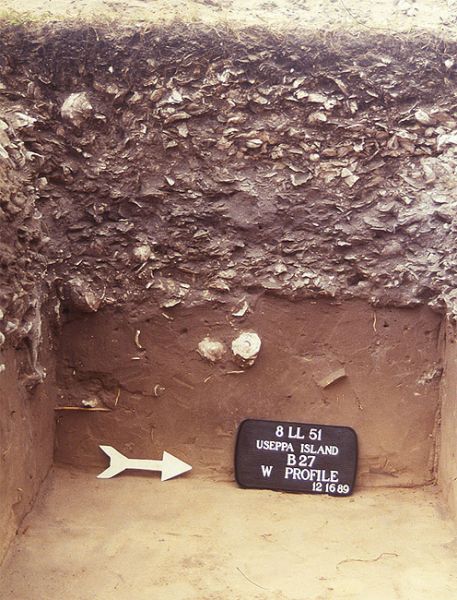 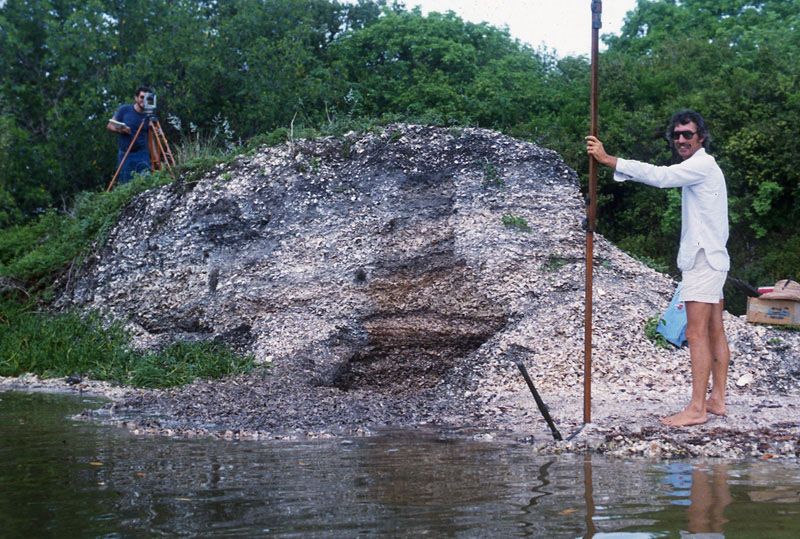 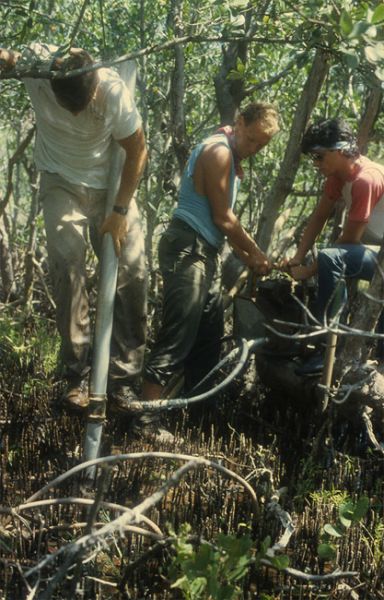 Vibracoring in the mangroves, July 1986. 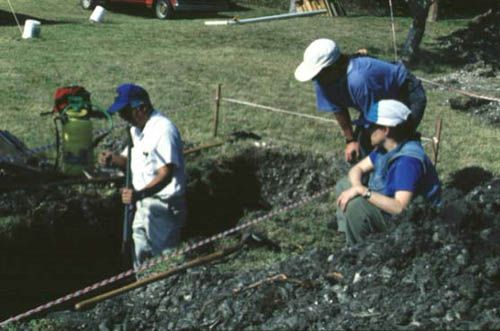 From left to right, Howard Yamataki takes a soil sample from the base of Trench 9c at the Pineland site as Karen Walker and Maxine Levin look on, 1992. 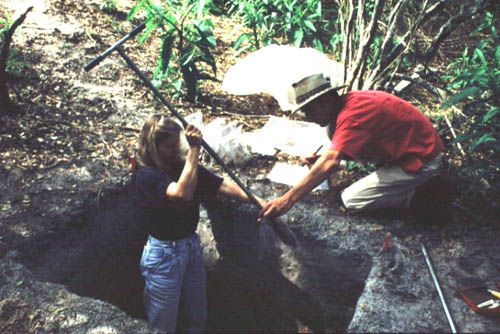 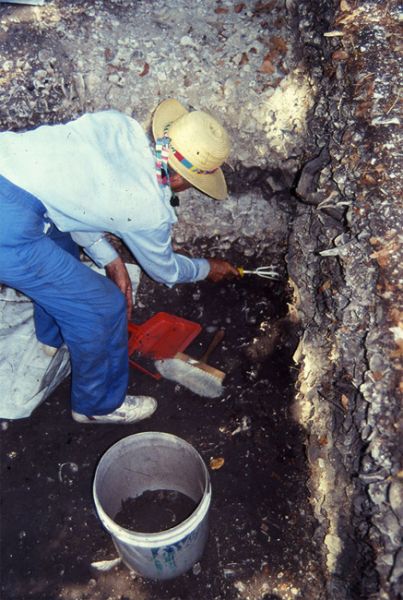 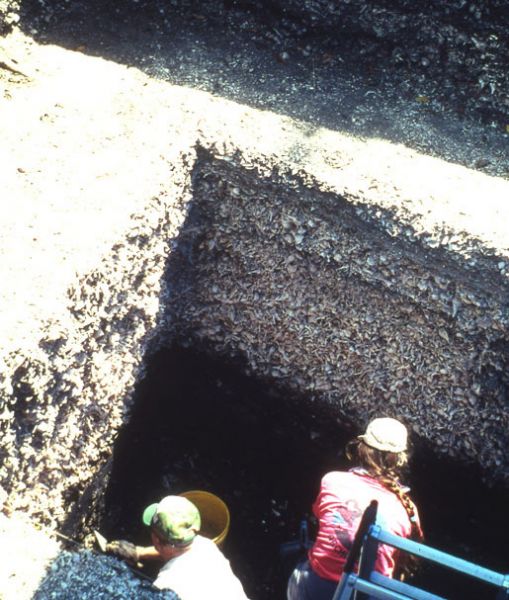 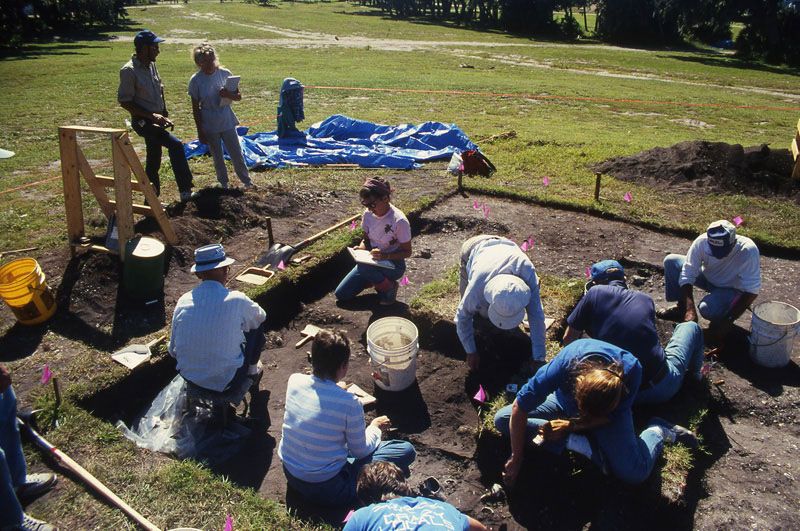