[Editor’s note: Please see our About Those Turncatella Shells post for a correction!]

When many of their shells are found together in coastal archaeological sites, they can tell us that a storm or even a hurricane occurred in the past. This is because in life, these tiny snails live in a very specific habitat – that of dead seagrass washed ashore in strands marking the upper limit of storm-generated high water. Truncatella do not come in with the grasses, for they are land snails. Instead, they are attracted to rotting grass strands after the water recedes. Over time, the vegetation disappears but the shells of the snails are left behind after they die in place. Thus, concentrations of these tiny, hardy shells are important storm records at Pineland and elsewhere.

About 1,720 years ago, before the large mound complexes existed, a powerful hurricane hit Pineland when people were still living at low elevations along the shoreline. We learned this in our 1992 South Pasture excavations when we discovered remains of animals that had been brought across Pine Island Sound by a powerful surge of marine water. At a nearby excavation, close to the Old Mound remnant, midden samples from the same elevation were collected and taken to Gainesville for future analysis. Some years passed before then-graduate student Andrea Palmiotto did that analysis in 2011. In one of those samples, she identified 445 individual shells of Truncatella, thus producing another line of evidence for the ancient hurricane. This was our first of three Truncatella storm records. 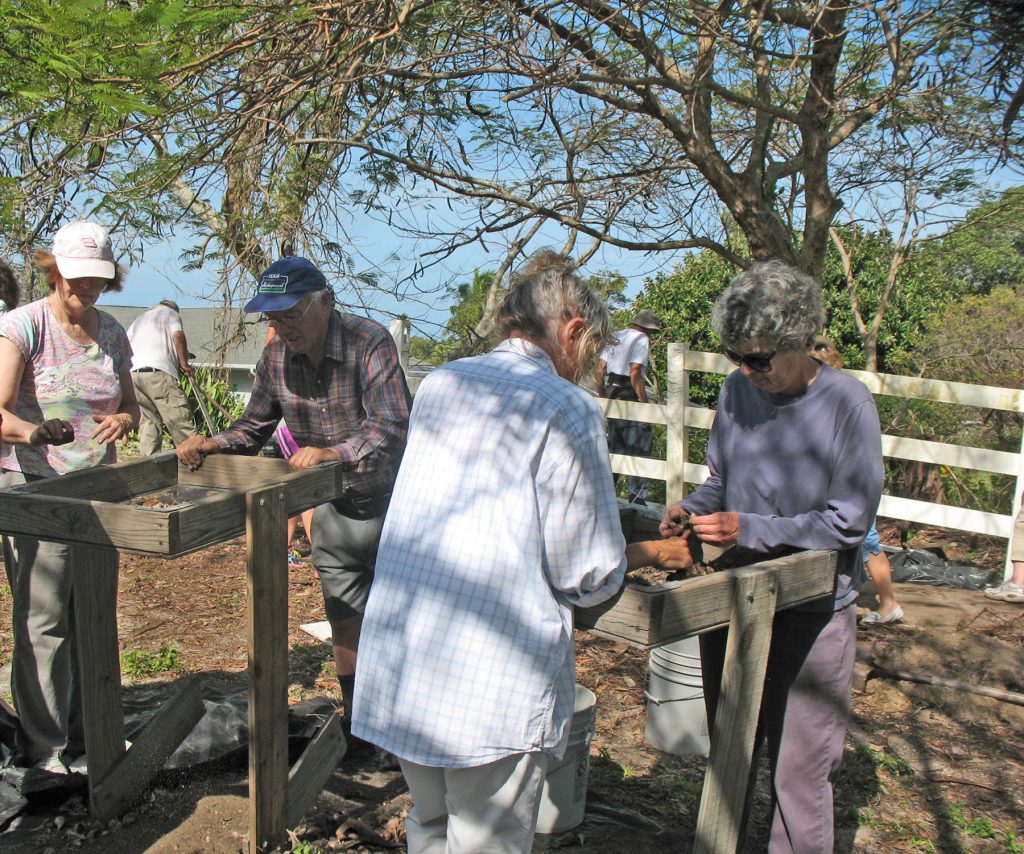 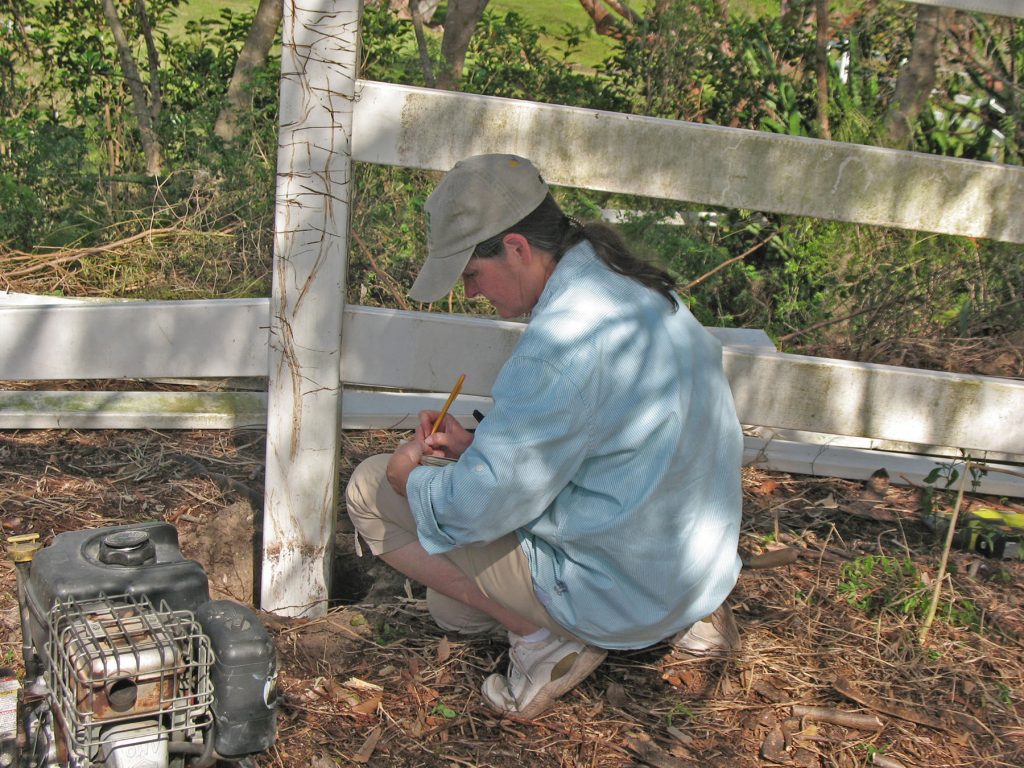 The second record was discovered in February of 2014. We were tasked with installing a fence along the northern boundary of the land parcel that coincides with the Randell Mound. With the help of RRC volunteers, we recorded the contents of the dirt disturbed for each post hole before inserting the fence post. Post-hole #25 was located downslope toward the shoreline, near the parked car in the photo. At that spot were a great many Truncatella shells on the ground surface. Few to none were found further up or further down the slope, but many more were found on the ground in a north-south line across the slope. On my return to Gainesville, I located a photograph that I had taken of this very location shortly after Hurricane Charley’s visit of August 13, 2004. The photograph, shown here with the huge wrack line, dramatically documents the upper limit of Charley’s high water.

More recently, in 2017, excavations near the modern shoreline in front of the Randell Complex revealed a waterlogged midden with large numbers of Truncatella shells along with preserved plant remains, some appearing to be seagrasses. They are found in multiple levels within the midden, so rather than a single storm event, these remains may indicate several through time. Here, the timespan ranges from AD 1000 to 1450.

Readers of our publications know that shellfish remains at Pineland such as oysters, clams, conchs, and whelks, small and large, have informed us about climate changes through the centuries. But the Truncatella shells show that some shellfish species can even tell us about significant weather events.

This article was taken from the Friends of the Randell Research Center Newsletter Vol 20, No. 2. July 2021.