by Jerald Pinson • December 9, 2021
Doug and Pam Soltis both got their start when DNA was first being used to unravel the relationships among organisms. They've since used DNA to study the origin, evolution and diversification of flowering plants. Florida Museum photo by Kristen Grace

Doug and Pam Soltis of the Florida Museum of Natural History were recognized last month as being in the top 1% of highly cited researchers. This year’s list, which was curated and published by the analytical organization Clarivate, lauded researchers from around the world whose work has significantly influenced the scientific community. The list included 24 Nobel laureates and 10 additional faculty members from the University of Florida.

The Soltises have collectively published more than 600 scientific papers that have been cited upward of 50,000 times in studies spanning back to the 1980s. The key to their prolific success, said Pam, is collaboration. “You get to meet new people, travel and learn things you would never have known otherwise. It’s great to have opportunities in which people with different skills come together to create something none of us could have done on our own.”

Pam and Doug both got their start in botany at the exact time DNA was first being used to unravel the relationships between organisms. While Pam started out with a focus on genetics during graduate school, Doug’s career might have looked very different had it not been for the foresight of his academic adviser, Gerald Gastony. “He had us enroll in a molecular biology class, which nobody in systematics was taking at the time,” Doug said. “You were just supposed to learn morphology and anatomy, but my major professor said, ‘No, I think this is going to be big in our field someday.’ And he was right.” 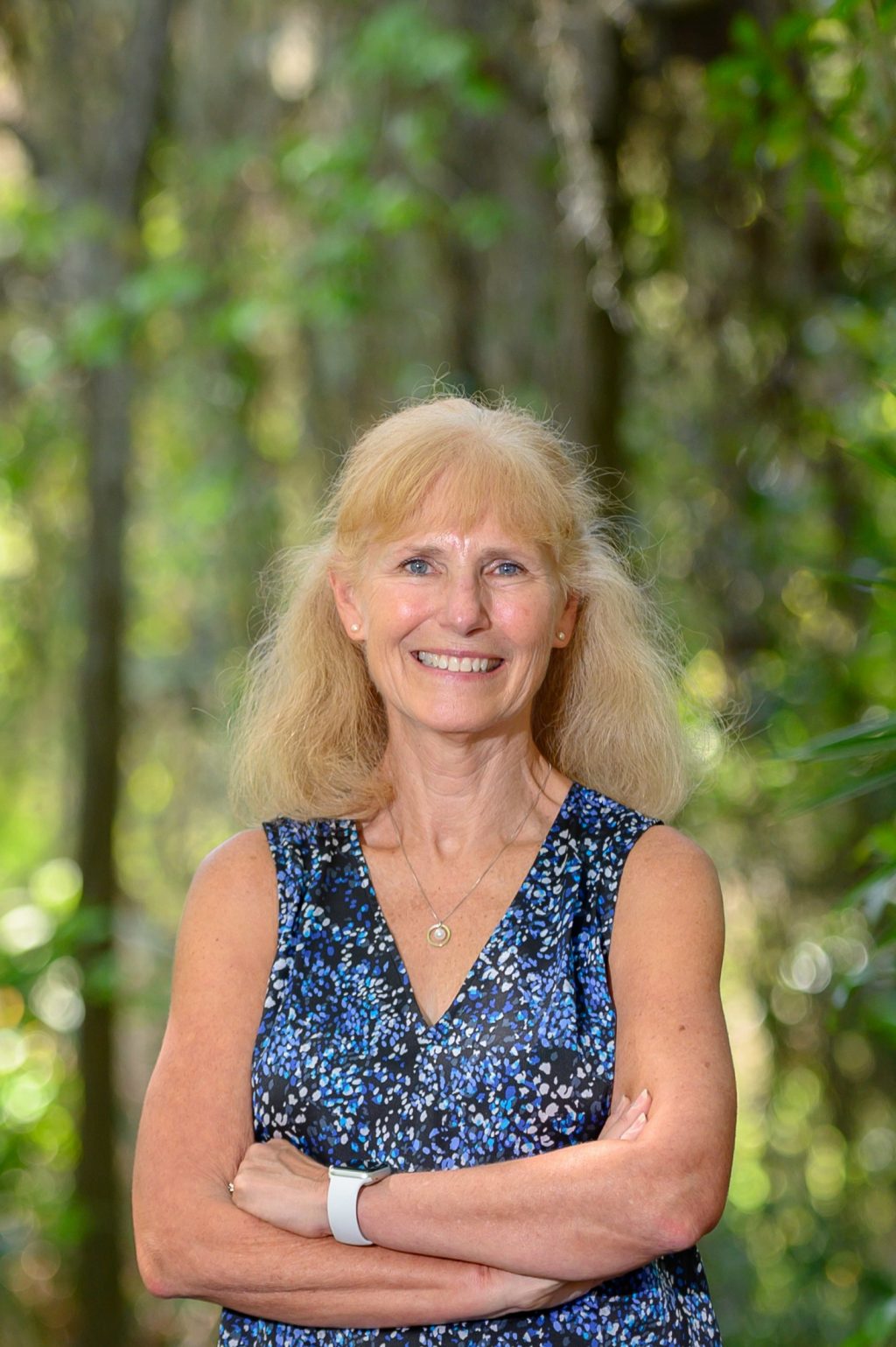 Pam Soltis got her start studying hybridization and the genetics underlying reproduction in ferns and flowering plants. 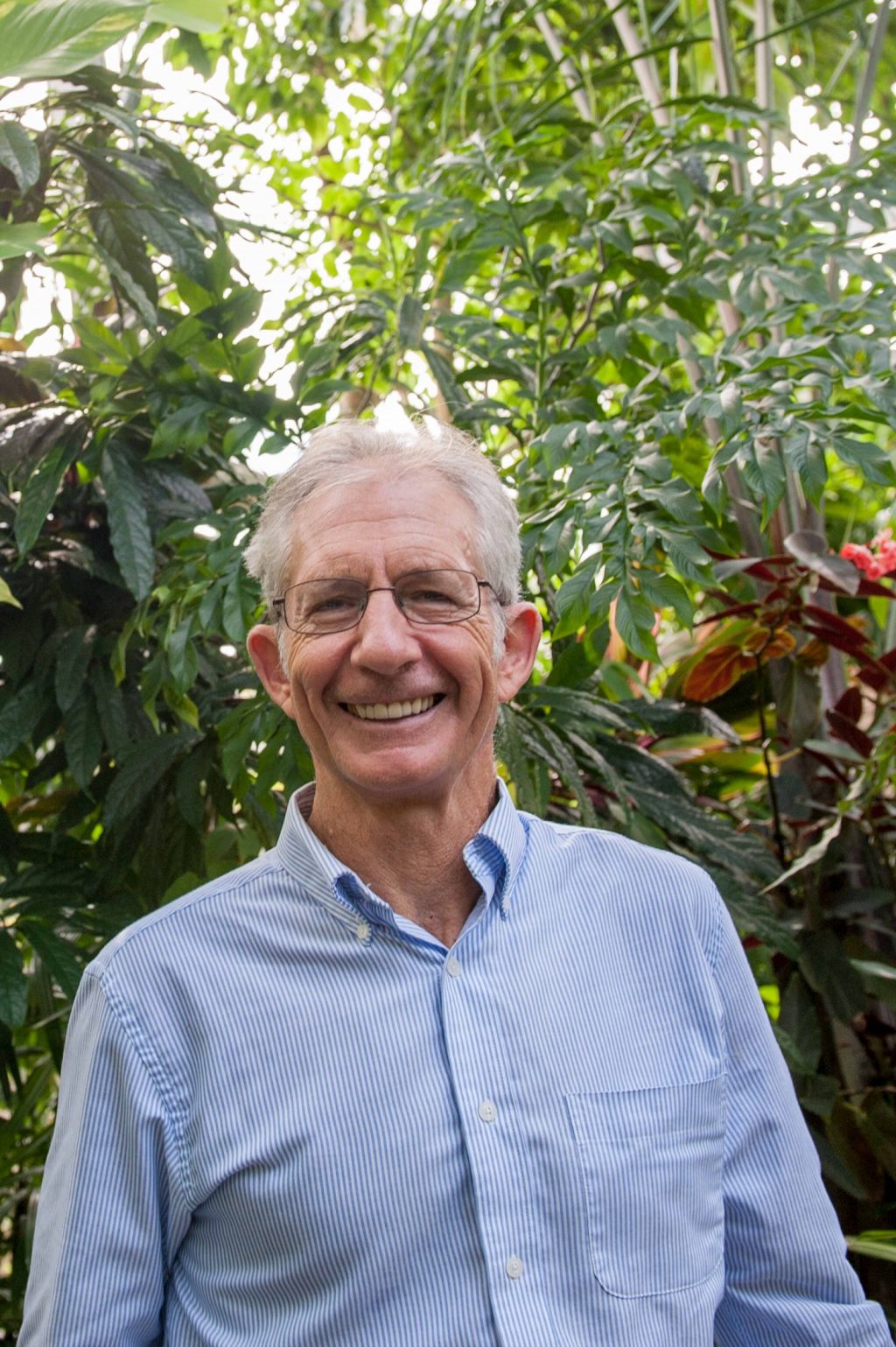 Doug Soltis started out studying the anatomy and morphology of ferns before pivoting to the study of flowering plant evolution.

The Soltises have since continually redefined the boundaries of what can be achieved with DNA, from their early efforts to trace the genealogy and evolution of ferns to their current collaborative project to sequence the entire genome of every known eukaryotic organism on Earth.

By far their most cited paper is the Angiosperm Phylogeny Group’s classification, an international collaboration that provides the scaffolding for biologists attempting to fill in the flowering plant tree of life. For as long as naturalists have been naming organisms, there have been disagreements, often contentious, regarding their relationships. One researcher might assign several plants to a group based on their similar flower shape or a particular chemical feature, while another might come to the opposite conclusion by stressing the importance of different features.

What was needed, the Soltises and their colleagues realized early on, was a standard framework that everyone could agree on and update over time as new information accumulated. The advent of new DNA technology provided the perfect opportunity for researchers to reach a consensus.

“Classification, as a field, had always been done by individuals before, many of whom were larger than life,” Pam said. “They would emphasize different traits that formed their opinions on classification. Using DNA-based inferences of relationships provides an explicit alternative to this traditional approach.”

The collaborative nature of their work, along with their broad interest in a variety of organisms, often led them into uncharted scientific territory. They’ve sequenced the ancient DNA of plant fossils preserved more than 15 million years ago and mapped hot spots of biodiversity for use in informing conservation efforts.

They’ve also demonstrated that random, genetic mishaps can sometimes lead to unexpected gains in the plant kingdom. In all organisms, the molecular machinery that transmits DNA from one generation to the next sometimes goes haywire, and instead of passing on one copy of its chromosomes, it contributes two. Since only one copy from each parent is used to construct proteins and cells, the extra copies are free to mutate and evolve new functions, Doug said.  The Soltises have shown that this phenomenon, called polyploidy, has led to the origin and, in some cases, the rapid diversification of several plant groups we’re familiar with today, including the bean, banana and tomato families of flowering plants.

“Polyploidy is probably the most important evolutionary mechanism that nobody, other than specialists, really knows about,” Doug said.

Their work cataloging the diversity of plants has also led to a few serendipitous discoveries along the way. While conducting research at the Smithsonian Institution in the mid-1990s, Doug and Pam had unlimited access to a robust inventory of DNA from plants collected all over the world and made use of a new DNA sequencing machine that had until then been mostly left untouched.

“We felt like we were in a candy store, generating all these data,” Doug said.

When they stumbled across a sample from an obscure plant called Amborella trichopoda, Doug recalled lectures from his old academic adviser about how weird this species was and how little anyone knew about it. Their interest piqued, they included the sample in their analysis and got one of the biggest surprises of their careers when they looked at the results. This single, nondescript shrub that could only be found growing on the island of New Caledonia was sister to all other living flowering plants, a group with more than 350,000 globetrotting species. Amborella immediately became the subject of intense scrutiny and has since provided key insights into when and how flowers first evolved. 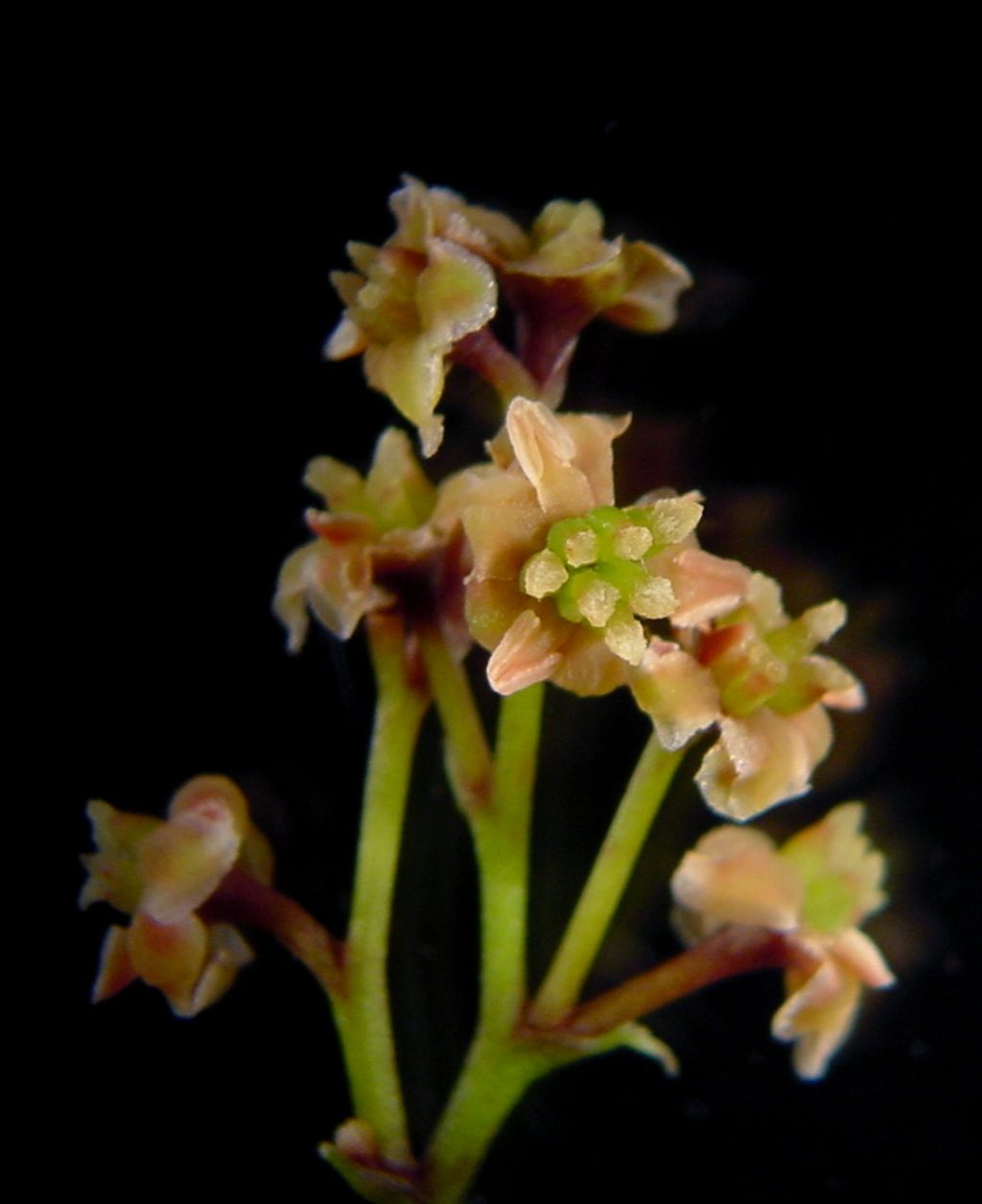 Doug and Pam Soltis Serendipitously discovered that Amborella trichopda, which is endemic to the island of New Caledonia, was the most closely related species to all other living flowering plants, offering clues to the evolutionary history of this massive group. 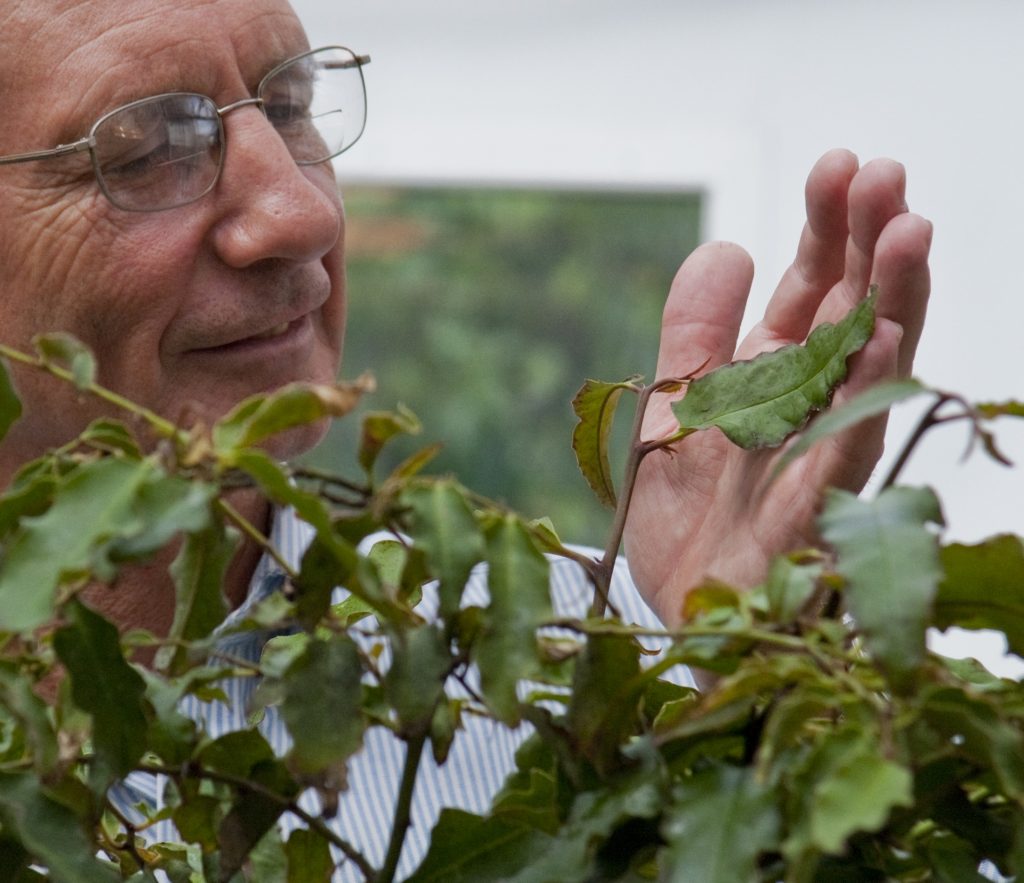 The revelation that Amborella was sister to all other flowering plants has allowed scientists to infer what some of the first flowers may have looked like when they evolved more than 100 million years ago. 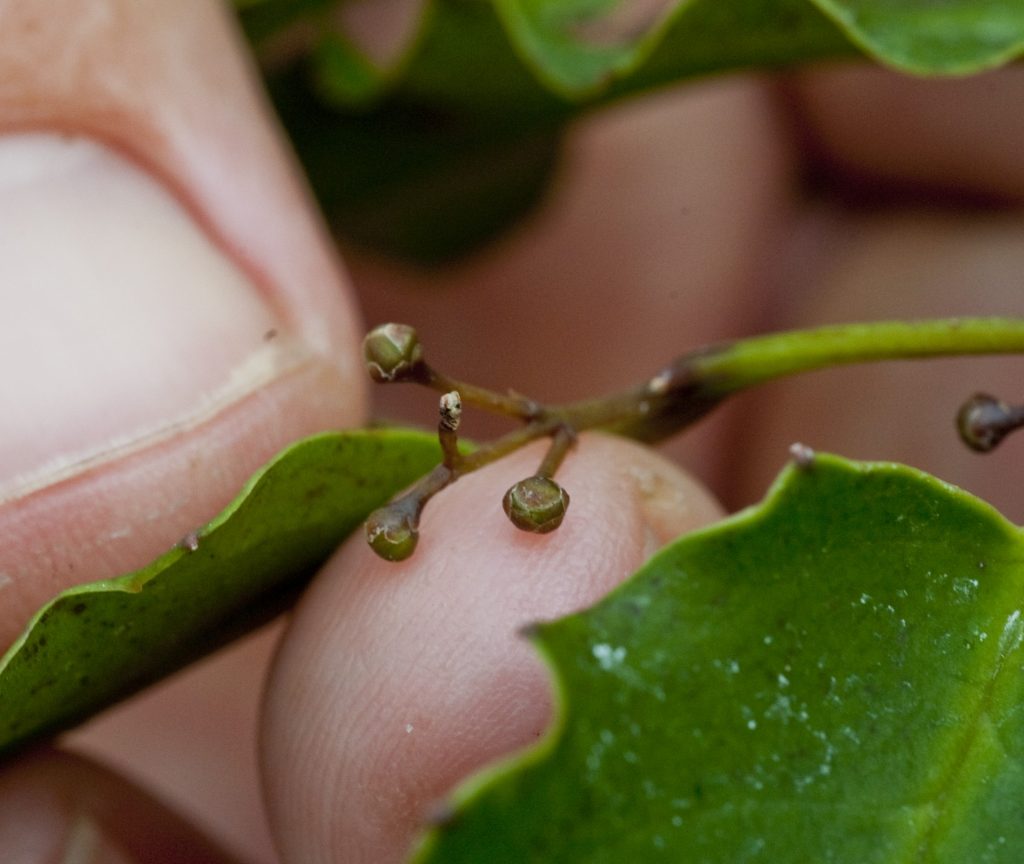 Amborella flowers and fruits are especially diminutive when compared to most other flowering plants.

The honorary distinction for highly cited researchers by Clarivate underscores the far-reaching influence the Soltises have had in the field of biology, bringing the importance of plant evolution and biodiversity to the center stage.

“It is increasingly important for nations and institutions to recognize and support the exceptional researchers who are driving the expansion of the world’s knowledge,” said Clarivate senior citation analyst David Pendlebury in a press release. “The research they have contributed is fueling innovation, sustainability, health and security that is key for our society’s future.”

A full list of Clarivate’s 2021 highly cited researchers can be accessed here.