by Natalie van Hoose • May 13, 2020
Catnip, plants in the genus Nepeta, re-evolved the means to produce insect-repelling chemicals known as iridoids some tens of millions of years after an ancient ancestor lost this ability. Public domain image by Jon Sullivan

Catnip is most famous for its ability to launch felines into a euphoric frenzy, but the origin of its cat-attracting chemical is a remarkable example of evolutionary innovation.

While the compound nepetalactone drives two-thirds of cats batty, likely by mimicking sex pheromones, its real purpose is protecting catnip from pests. Nepetalactone belongs to a class of chemicals called iridoids, which can repel insects as effectively as DEET.

Many of catnip’s relatives in the mint family use iridoids as chemical armor. But an international team of researchers found the ancient ancestor of catnip lost a key iridoid-making gene. Descendants in this lineage – herbs such as basil, oregano, rosemary, lemon balm and mint – had to lean on other defenses, with one notable exception: catnip, which revived the family tradition by evolving a new iridoid production line from scratch.

“If we know how evolutionarily flexible a trait is, we can hypothesize about how easy or difficult it might be to modify the trait in another species through plant breeding, genetic engineering or gene editing,” she said. “It might be possible to make a crop more resistant to pests if we know that a close relative re-evolved a compound that had previously been lost.”

“Understanding these plants’ underlying biochemical pathways is key to using them for human health,” he said. 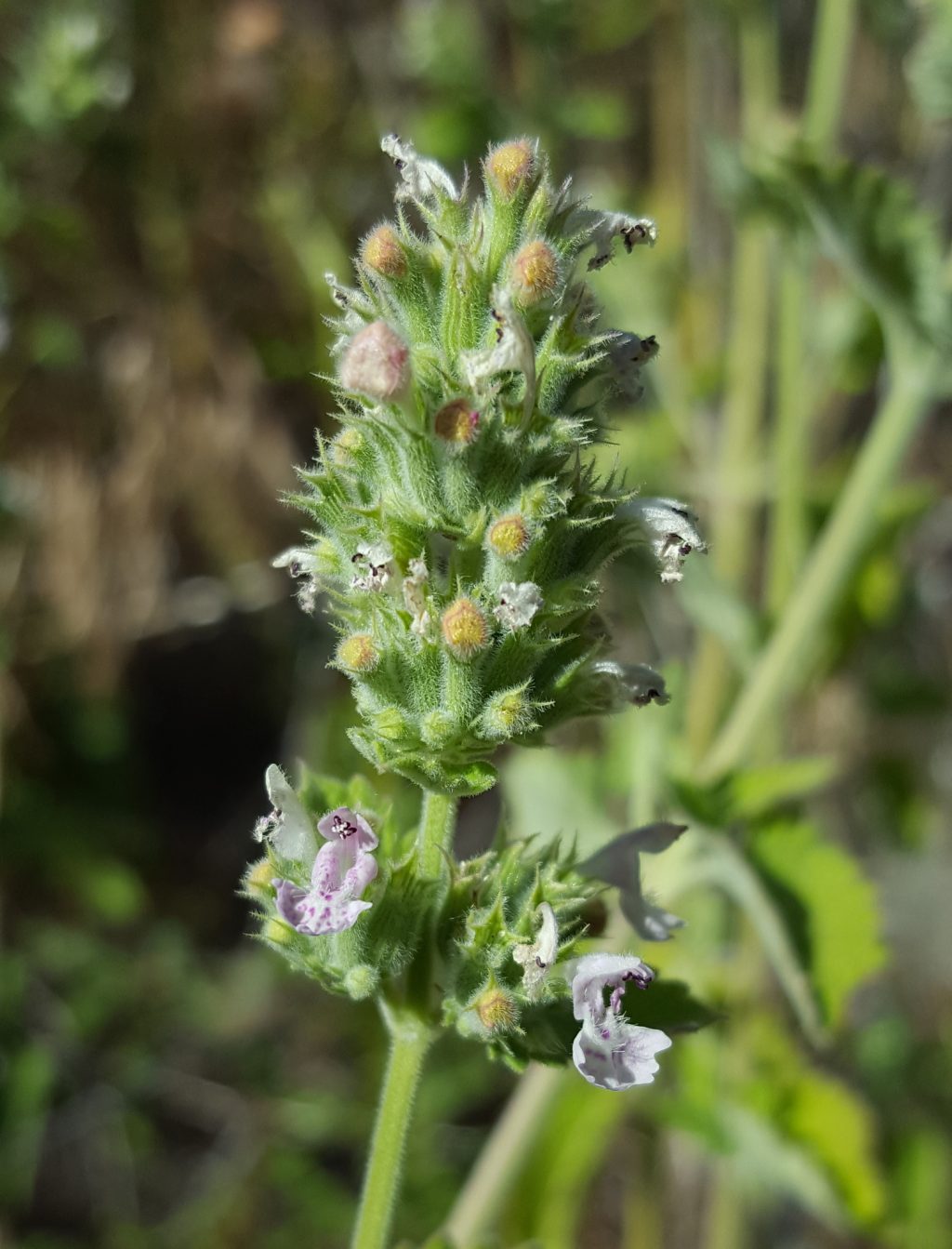 Catnip, Nepeta cataria, began to evolve a biochemical pathway for making iridoids about 20 million years ago, an example of a phenomenon known as “repeated evolution.” 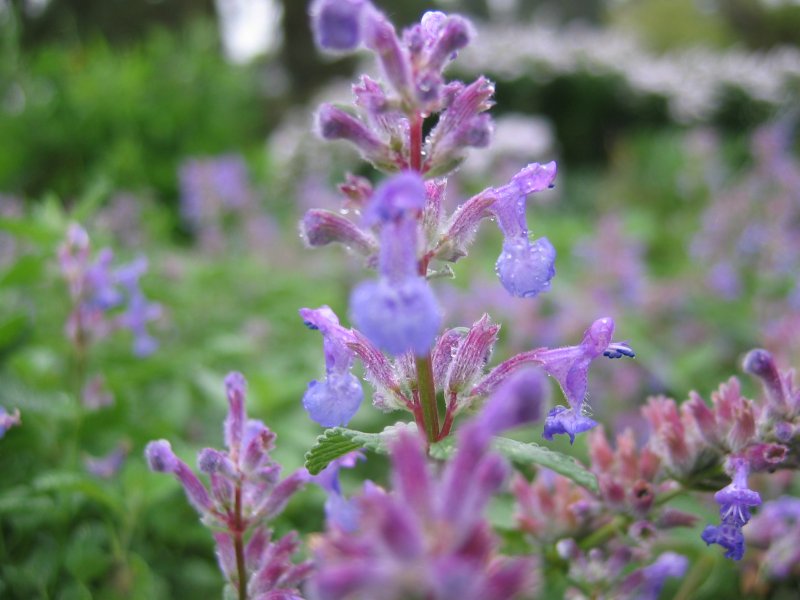 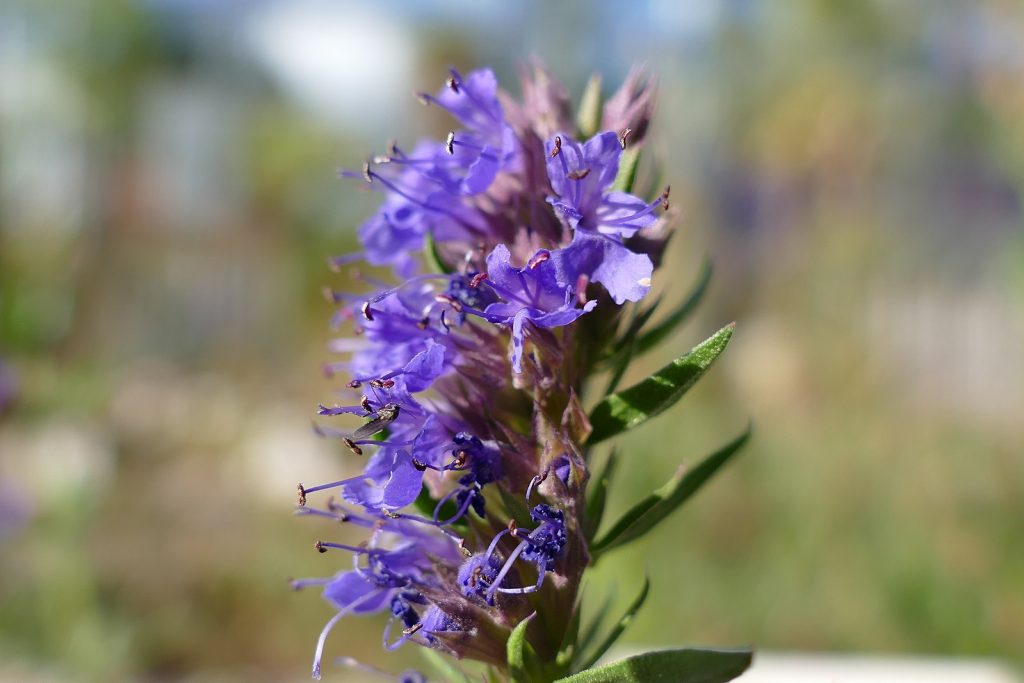 Hyssop is a close relative to catnip that does not produce iridoids. Comparing its genome to Nepeta genomes enabled researchers to pinpoint genes involved in catnip’s iridoid biosynthesis.

Researchers sequenced the genomes of two species of catnip and hyssop, a close relative that does not produce iridoids. By comparing the genomes, analyzing the mint family tree and studying ancestral genes and enzymes, they were able to trace the sequence of events that led to the loss of iridoid production in catnip’s ancestor between 55-65 million years ago and its re-emergence tens of millions of years later.

The deletion of a gene erased the ability of plants in the subfamily Nepetoideae to make iridoids. Whether the gene deletion was the result of a sudden mutation or a gradual “phasing out” of iridoid production as these plants switched to other chemical defenses remains unclear, Pamela Soltis said.

Without this gene, catnip had to co-opt a related gene to build a new biochemical pathway for making iridoids, beginning about 20 million years ago, Douglas Soltis said.

“It’s sort of like, ‘I lost my screwdriver, and this one isn’t quite the same, but it will work,’” he said, quoting “Jurassic Park” character Ian Malcolm: “‘Life, uh, finds a way.’”

The new pathway resulted in nepetalactone, which maintains some hallmark iridoid features, but has a unique chemical structure and properties, the researchers said. The enzymes involved in its production are not found in any related plant species.

“There is a lot of evolutionary back-and-forth in all sorts of characteristics in plants – such as the origin of succulence in cacti, jade plants and aloe, or multiple derivations of red or purple pigments in distantly related species,” Pamela Soltis said. “But whenever the ‘same’ thing re-evolves, it always turns out that it has done so slightly differently – always with a ‘twist.’”

Why catnip re-evolved the ability to produce iridoids is “the next big question,” Douglas Soltis said.

“As the mint family migrated across Eurasia, semi-arid habitats could have imposed new selective pressures,” he said. “Maybe iridoids are more effective as defense compounds in those environments. That can’t explain the origin of the new pathway, but it can explain the selection for it once it originates.”

The study is part of the Mint Genome Project, a National Science Foundation-funded initiative that is unravelling the chemistry of the mint family’s botanical compounds and how they’re produced.

“Plants are constantly evolving new chemistry,” said the study’s lead researcher Sarah O’Connor, director of the Department of Natural Product Biosynthesis at Germany’s Max Planck Institute for Chemical Ecology. “With our research, we would like to get snapshots of this evolution in action.”

NSF funded the research, with additional support for two of the study co-authors by the Hatch Act and the UK Research and Innovation Future Leaders Fellowship.

The quote from O’Connor above originally appeared in a press release published by the Max Planck Institute for Chemical Ecology.