by Brian V Smith • June 29, 2022
Coloration within a single cichlid species can vary between individuals, as is the case with the chanchita, Cichlasoma dimerus, which is primarily green and yellow, but can also have red, blue and brown colorations. Photo courtesy of Ryan Crutchfield

When Florida Museum ichthyology collection manager Rob Robins brought home fish samples from central Florida in 2017, he didn’t anticipate he’d be adding a new member to the state’s list of non-native species. But thanks to the sharp eye of a U.S Geological Survey colleague, what was initially thought to be one exotic fish turned out to be another, one that had gone unreported in Florida’s waters for almost two decades.

The interloper, called chanchita, is a cichlid fish native to the Paraguay and Paraná River basins in South America, and its appearance in Florida wasn’t the only surprise it had in store for biologists. In a new study, researchers have determined that chanchita, Cichlasoma dimerus, has the highest cold tolerance of all non-native species in the state tested thus far, raising questions regarding how far it could travel through Florida’s freshwater ecosystems.

Florida has the most established exotic fish species of any state, and scientists believe one of the biggest limiting factors for how much of the state these fish colonize is temperature. Despite its reputation for being one of the hottest regions in North America, temperatures vary across the state’s six-degree latitude span, and weather can be significantly colder in north Florida and the Panhandle than what most tropical fish are able to endure.

Higher cold tolerance means that the chanchita might colonize territory that other non-native fish haven’t, which could affect local fish populations.

To test the species’ cold tolerance, 50 chanchita were collected from Lawne Lake in Orlando, Florida and taken to the U.S. Geological Society Wetland and Aquatic Research Center, where they were acclimated in large tanks. The location where chanchita have been observed or collected as of September, 2021, is depicted in the interactive map below.

The fish were then divided into three groups: one control and two test groups. In the latter, the fish were monitored while the water temperature in their tanks was decreased by 1 degree per hour. Researchers noted the temperature at which fish lost the ability to swim in the first group and the temperature beyond which individuals were able to survive in the second.

Their results suggest that chanchita in the lab can withstand temperatures as low as 46 degrees Fahrenheit on average before losing equilibrium and can survive at a frigid 40.5 degrees Fahrenheit before dying. These findings likely make the chanchita well-equipped to survive central Florida’s winters and possibly areas of north Florida as well.

Evidence suggests that the chanchita has been in Florida for at least 21 years, often being misidentified as black acara, Cichlasoma bimaculatum, even by well-trained scientists. Despite the mismatches with its doppelganger, a few enthusiasts and naturalists could sense that there was something fishy going on for years, making posts online that never garnered much attention.

It wasn’t until Mary Brown, a biologist working with the Wetland and Aquatic Research Center and lead author on the study, spotted them in their tank that the first official study was launched. “She just sees things differently than I do,” Robins said. “That’s how this all got started.” 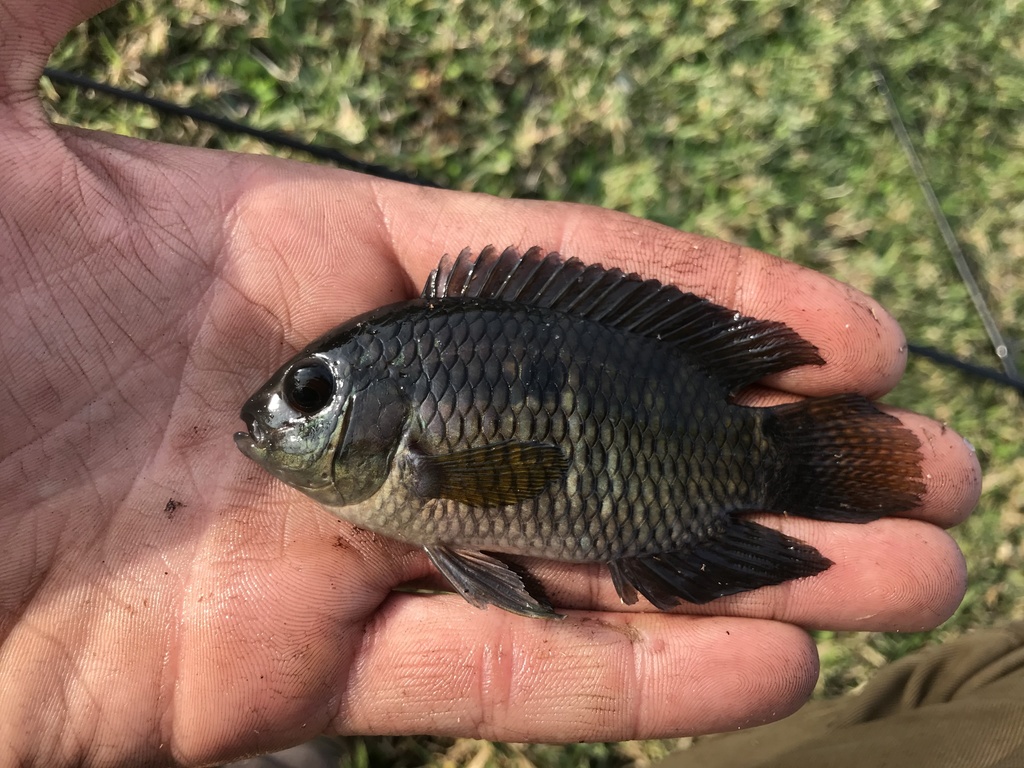 Chanchita, such as this specimen caught in Barnett Park, Orlando, look deceptively similar to the related black acara that has been established in south Florida waters for several decades. 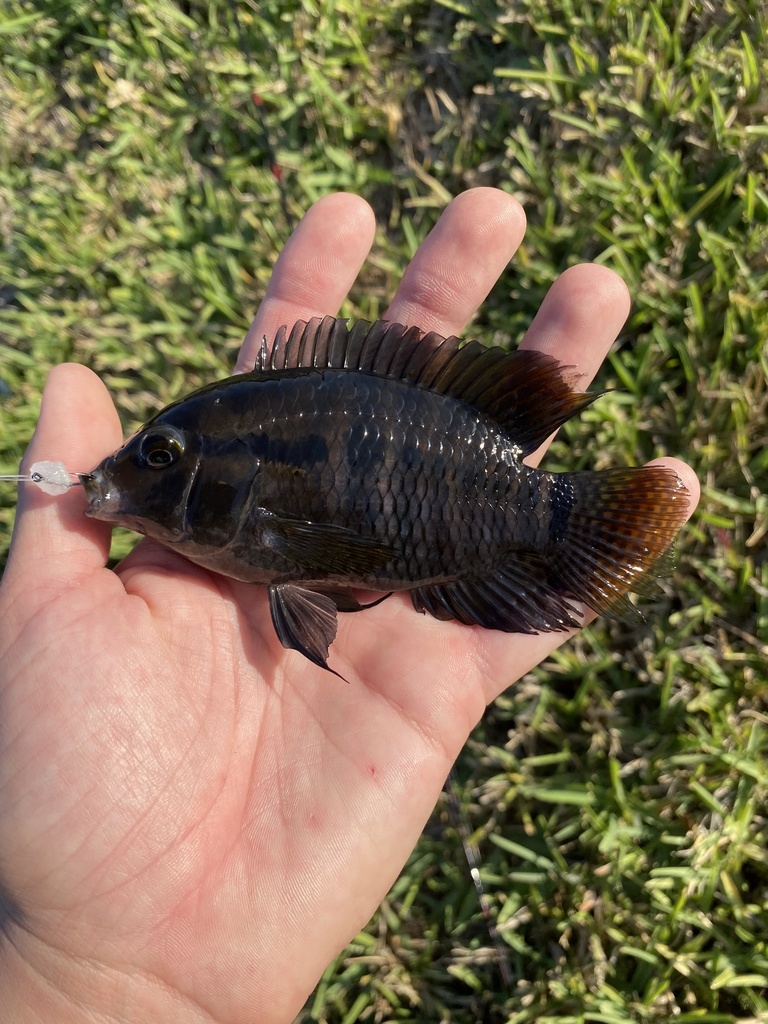 There are few visible traits that separate this black acara from the more recently established chanchita.

Chanchita have many features that helped them survive in Florida beyond cold tolerance. While many other species lay their eggs and leave their newly hatched fish to fend for themselves, chanchita are much more involved in the hatching and parenting processes. Expecting parents dig small burrows in riverbeds to lay eggs in, and at least one parent stays with the eggs around the clock while the other looks for food or defends the nest. These nests are often dug in the margins of streams and rivers, away from the main channel, where predators may be lurking.

Once the eggs hatch, the parents continue to guard them until they’re ready to leave the nest, at times even carrying their young in their mouths when they need to be moved to a new location.

There is a possibility that chanchita travel among adjacent water sources during flooding periods, which it is believed to do in its native South American habitat. In Florida, there are a few stories of farmers near Kissimmee discovering chanchitas in their cattle ponds after tropical storms. This mode of travel may have facilitated their current distribution in Florida and allowed them to spread out farther.

“I wouldn’t be surprised if we see this fish go a little further north, up into the Gainesville area, and from there up into the Jacksonville area,” Robins said.

The authors published their study in the journal Management of Biological Invasions with senior author Pamela Schofield from the U.S Geological Survey.