by Jerald Pinson • January 14, 2022
Great blue herons are a common staple in Gainesville, many of them staying year-round in the lush swamps and prairies surrounding the city. Photo courtesy of Tedd Greenwald

Despite inclement weather, the count marked another exceptionally good year for birds in Gainesville, Florida, where volunteers observed a total of 169 species, down slightly from the record of 175 in 2018. More than 100 ornithologists and enthusiasts scoured natural environments and urban sprawl during the city’s count on Dec. 19, recording nearly 54,000 birds by the end of the day.

“Gainesville has a 63-year tradition of the doing the Christmas count,” said Andrew Kratter, ornithology collections manager at the Florida Museum of Natural History and co-compiler of the Gainesville count.

The surrounding area has a variety of habitats and a correspondingly high avian diversity, which makes the city a great place for birders, Kratter explained. “We have prairies and nice upland areas, and even the urban environments can be surprisingly birdy and attractive to certain species.”

Audubon Bird Count replaces the sordid tradition of ‘side hunts’

The brainchild of American Museum of Natural History ornithologist Frank Chapman, the Audubon Christmas Bird Count has taken place every year since 1900, making it the longest-running citizen-science-monitoring effort in the world.

Chapman pitched the idea to the newly established Audubon Society in the hopes of replacing the holiday tradition of “side hunts,” in which men and women across North America would arm themselves with rifles, divide into competing teams and head out into the countryside, killing any and every bird they encountered. When dusk fell, the team with the highest kill count was lauded as the winner.

Although small at first — 27 volunteers participated in the inaugural count — the Audubon tradition has since steadily grown and now regularly boasts more than 70,000 observers.

Gainesville’s daylong count began in the early hours of the morning, as volunteers quietly crept through wooded areas in the dark, straining their ears for the familiar calls of barn, great horned and screech owls. Others boated out onto lakes and marshes, where they had front-row seating for the daily influx of water birds as they flew in at dusk to roost.

Although down from previous years, volunteers observed a large number and variety of ducks. This included thousands of black-bellied whistling ducks, which are more often heard than seen as they navigate North Florida airways at night while calling to one another in a high-pitched falsetto.

Small and nimble blue-winged teals were also out in full force, with around 1,800 individuals spotted, along with a solitary cinnamon teal, which normally overwinters in the western U.S. and had evidently strayed far off course. Wild turkeys and the odd-looking wood stork — which resembles something of a mix between an egret and a vulture — made modest showings, as did actual vultures, ospreys and bald eagles. 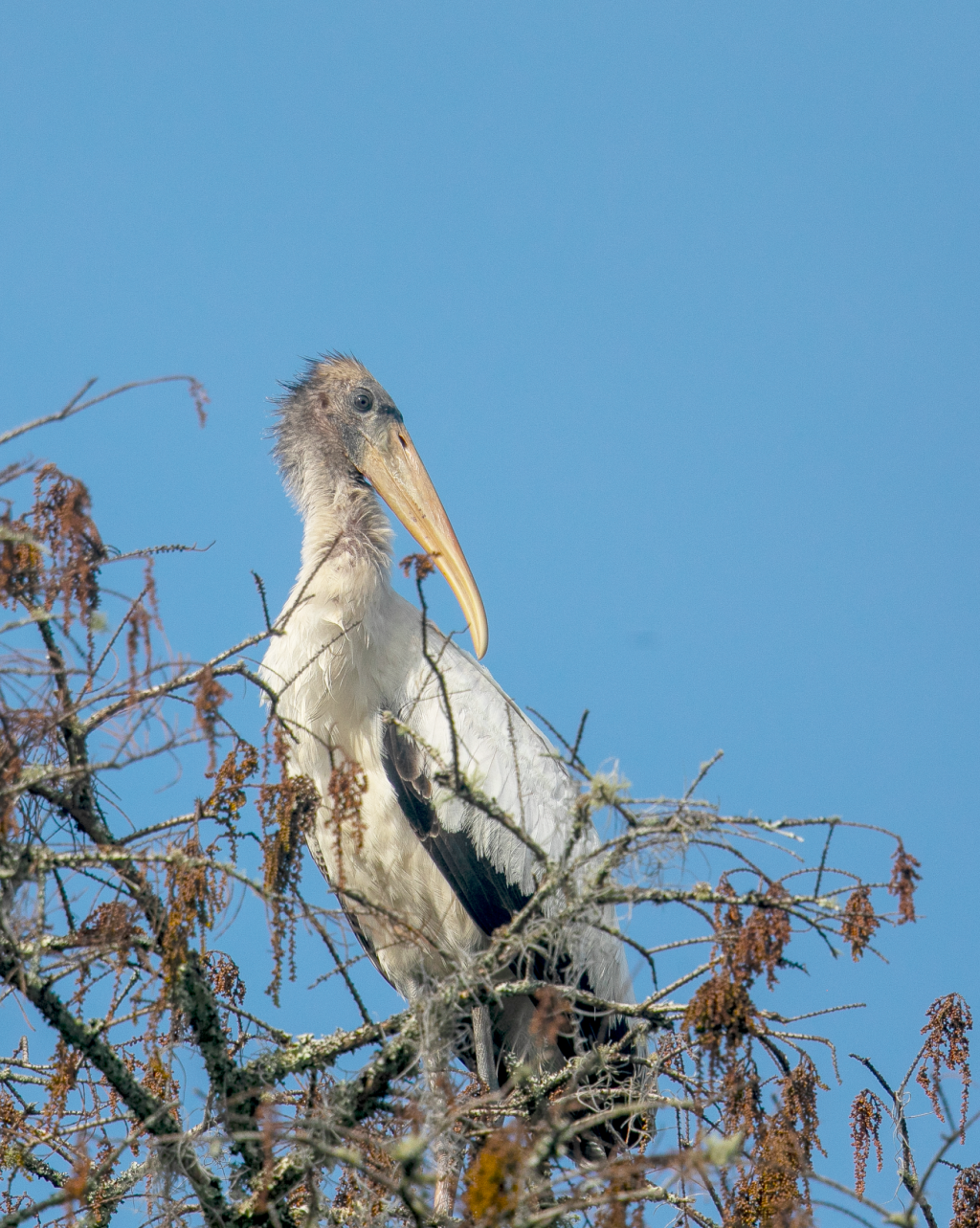 North America’s only native stork, wood storks are large wading birds that live in Florida wetland areas throughout the year. 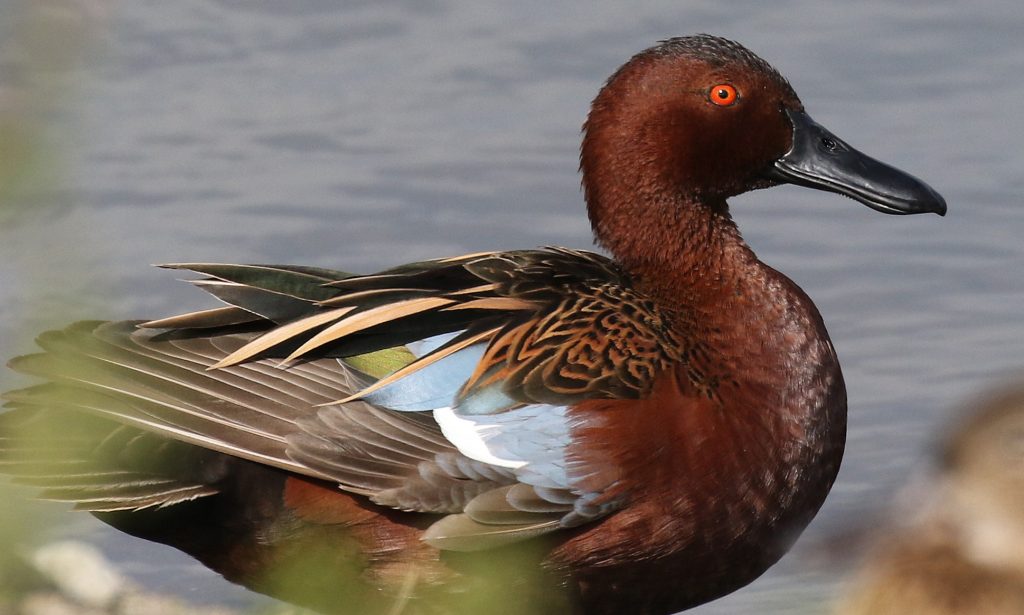 Cinnamon teals are a common species in the western U.S. with feathers in shades of ochre and burnt umber contrasting sharply with downy whites and iridescent greens along their wings. They are extremely uncommon in Florida, and the individual in this year’s bird count marked the first time the species had been recorded in Gainesville. 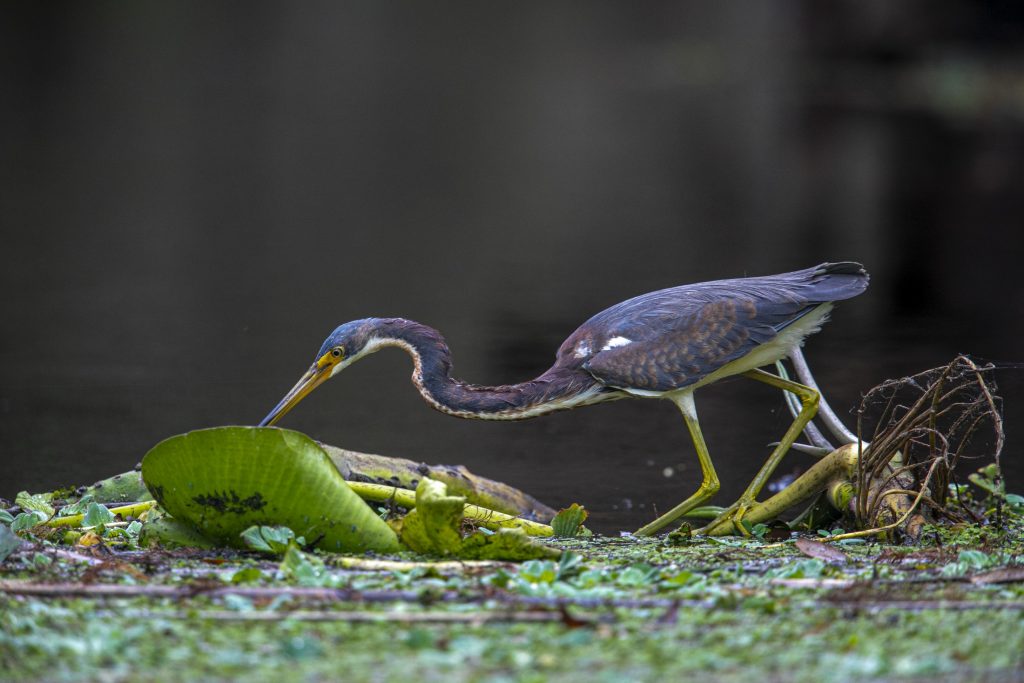 Tricolored herons stalk unsuspecting fish in swamps and marshes along the coasts of North, Central America and South America. 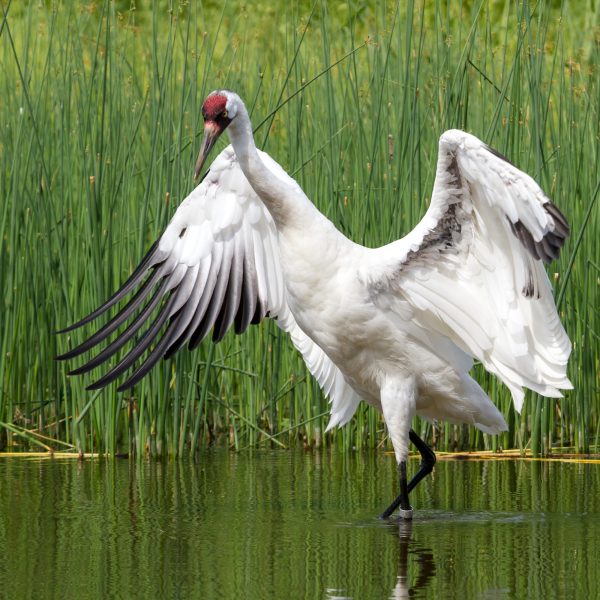 Standing five feet tall, whooping cranes have the distinction of being the tallest birds in North America. The species is highly endangered, with only a few hundred individuals left in the wild.

Two Vaux’s swifts, an uncommon interloper in Florida, were spotted diving for cover over the University of Florida after a late-afternoon deluge that soaked dedicated volunteers. And, as in the bird counts of several years past, Gainesville’s single whooping crane was seen ambling through a prairie. Whooping cranes are highly endangered, and the lone female that’s made Gainesville her home is the result of an attempt to reintroduce the birds to Florida in a failed breeding program abandoned more than a decade ago.

While most of their time is spent passively observing birds, observation teams often get creative in their approach as well. Volunteers attract hordes of gulls by scattering popcorn out in the open, performing a quick head count of the eager birds distracted by the meal. Other groups mimic alarm signals or the screeches of local predators, calling down massive flocks of multiple species from the sky, which work together to confront the suspected danger.

“Birds mob potential predators,” Kratter said. “If you mix the alarm calls of certain species with owl calls, you can get these big flocks to come in. Then you just try to figure out which birds are there.”

Smaller bird species often rely on safety in numbers in such mixed flocks, and volunteers recorded hundreds of kinglets, gnatcatchers and titmice.

“There’s typically about eight or nine species of warblers as well, and you get some downy woodpeckers and blue-headed vireos,” Kratter said. “These flocks are pretty amazing in winter.”

Volunteers saw a continued increase in the number of several species this year, with record highs for Carolina chickadees, roseate spoonbills and green herons, among others. Snail kites have also been on the rise, following an increase in their favorite food, the highly invasive apple snails of South America.

Three new species to Gainesville arrived for the holiday season, including the errant cinnamon teal as well as two great crested flycatchers, which normally overwinter further south. A single yellow-bellied flycatcher, which sports muted marzipan-colored plumage with black-tipped wings, also made its debut. 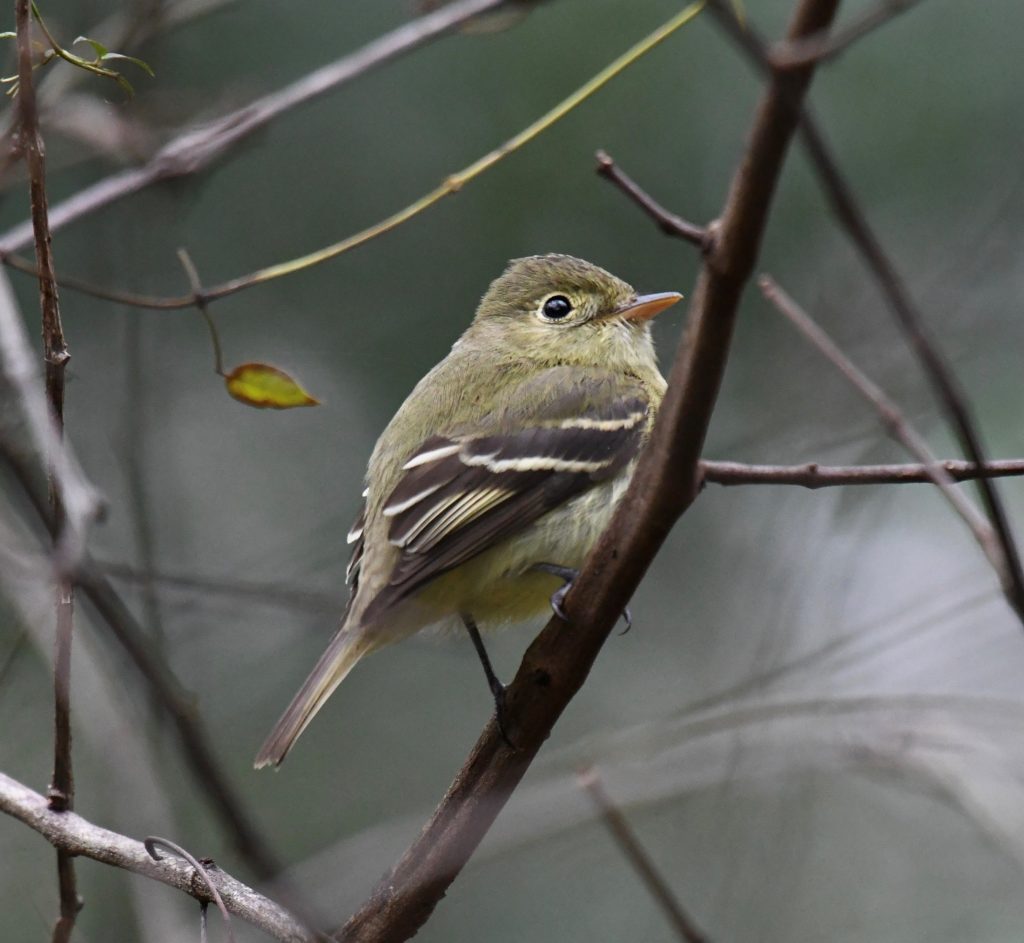 A single yellow-bellied flycatcher was recorded for the first time ever in Gainesville during this year’s count. 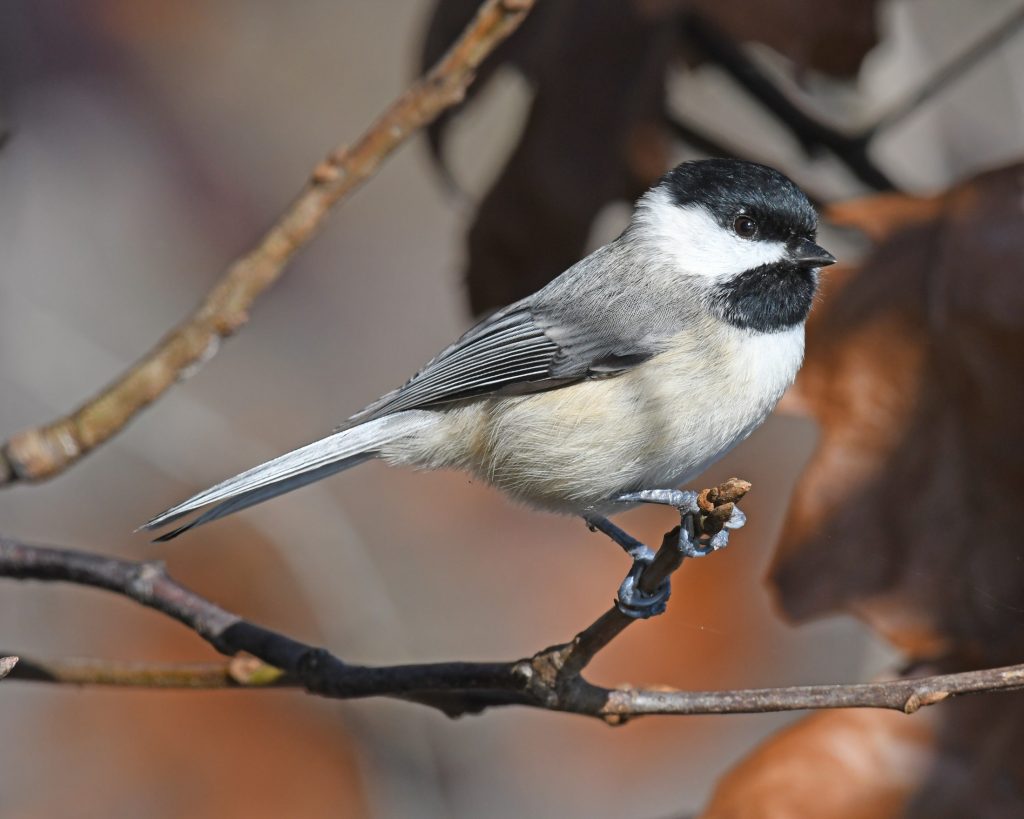 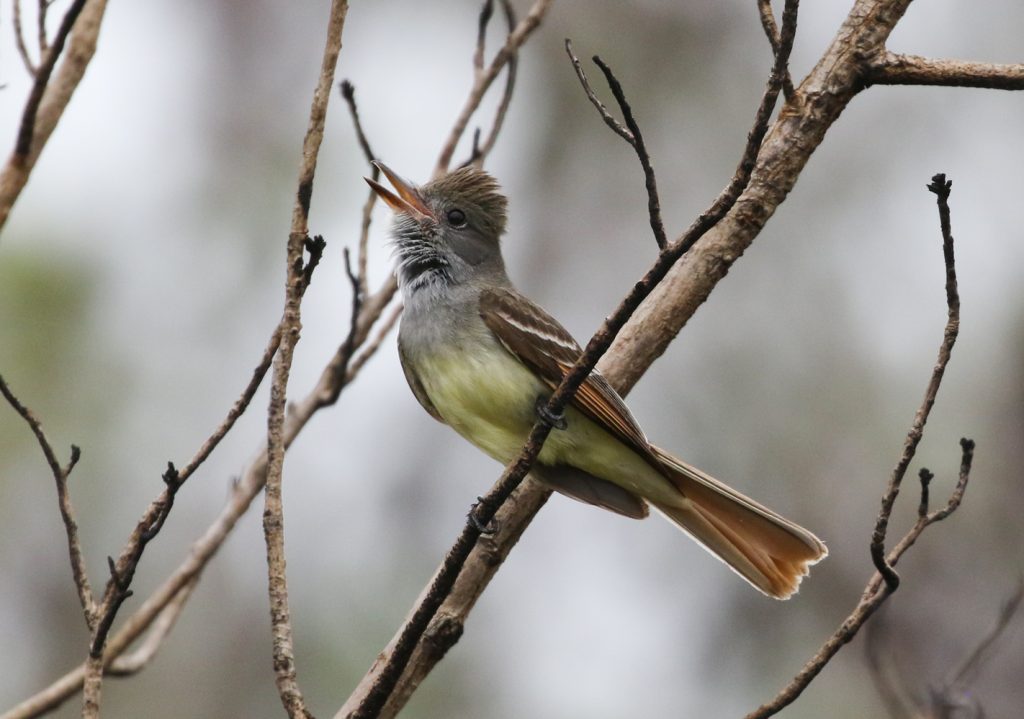 Two great crested flycatchers were heard and observed in Gainesville for this first time in this year’s bird count. 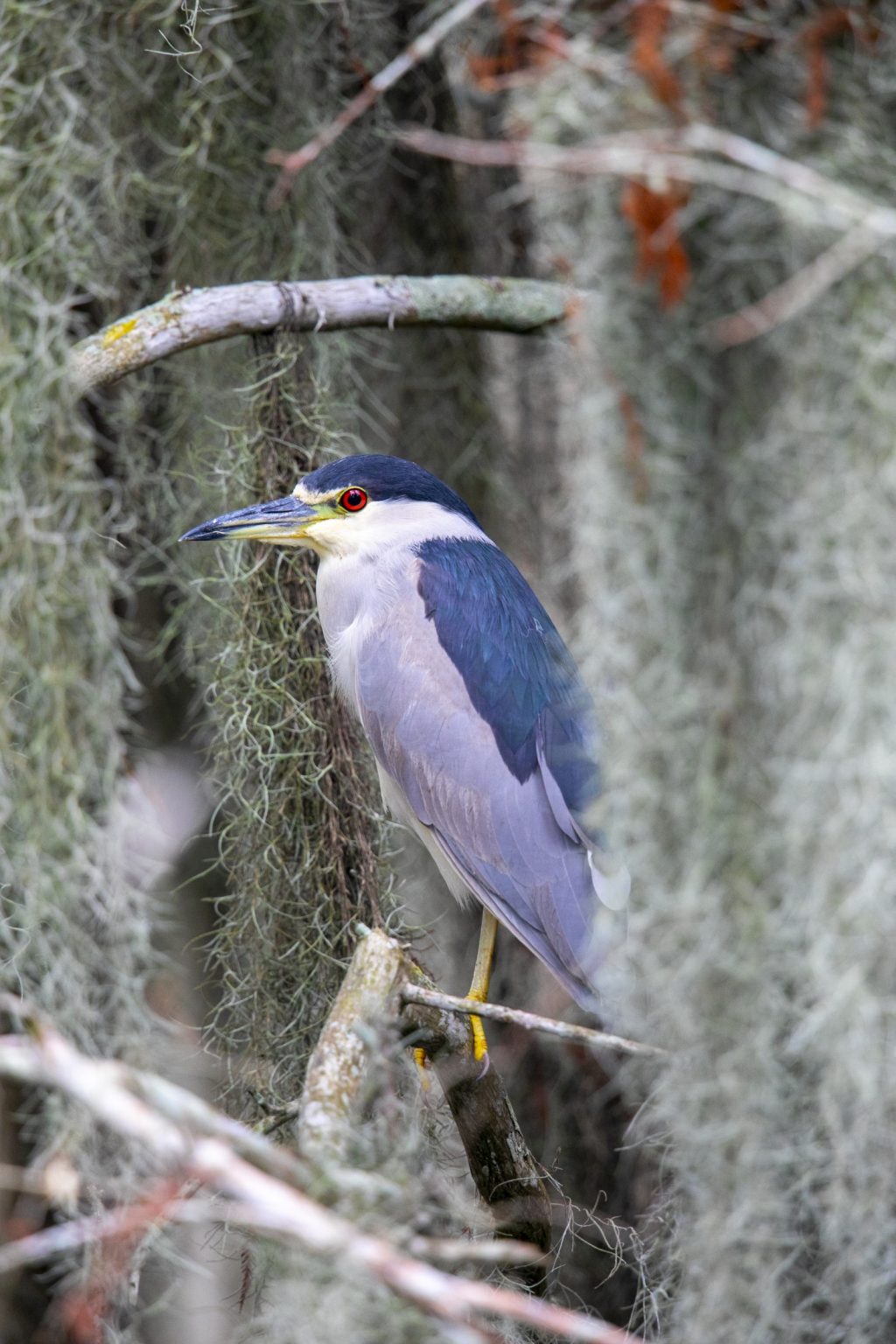 Black-crowned night-herons, which appear to have perennially hunched shoulders, are a common bird throughout much of the world and can be found in a number of different wetland habitats.

Yet as North American winters become increasingly mild, migrating bird populations are shifting their ranges, with fewer and fewer finding their way down into the Florida Peninsula each year. Kratter noted that ducks and sparrows continued their decline in 2021, as did bobwhite quails, ground doves and loggerhead shrikes.

“A lot of these birds are still hanging out further north,” he said. “They’ll stay there until they’re pushed down by more severe winter weather.”

Scientists use the expanding Audubon Bird Count dataset to track the migration of birds and monitor their population sizes, which can then be used to inform conservation or mitigation efforts. And with a rapidly warming climate, the continued destruction of natural habitats and the proliferation of invasive species, ornithologists need all the data they can get.

How we stuff a turkey at the Florida Museum